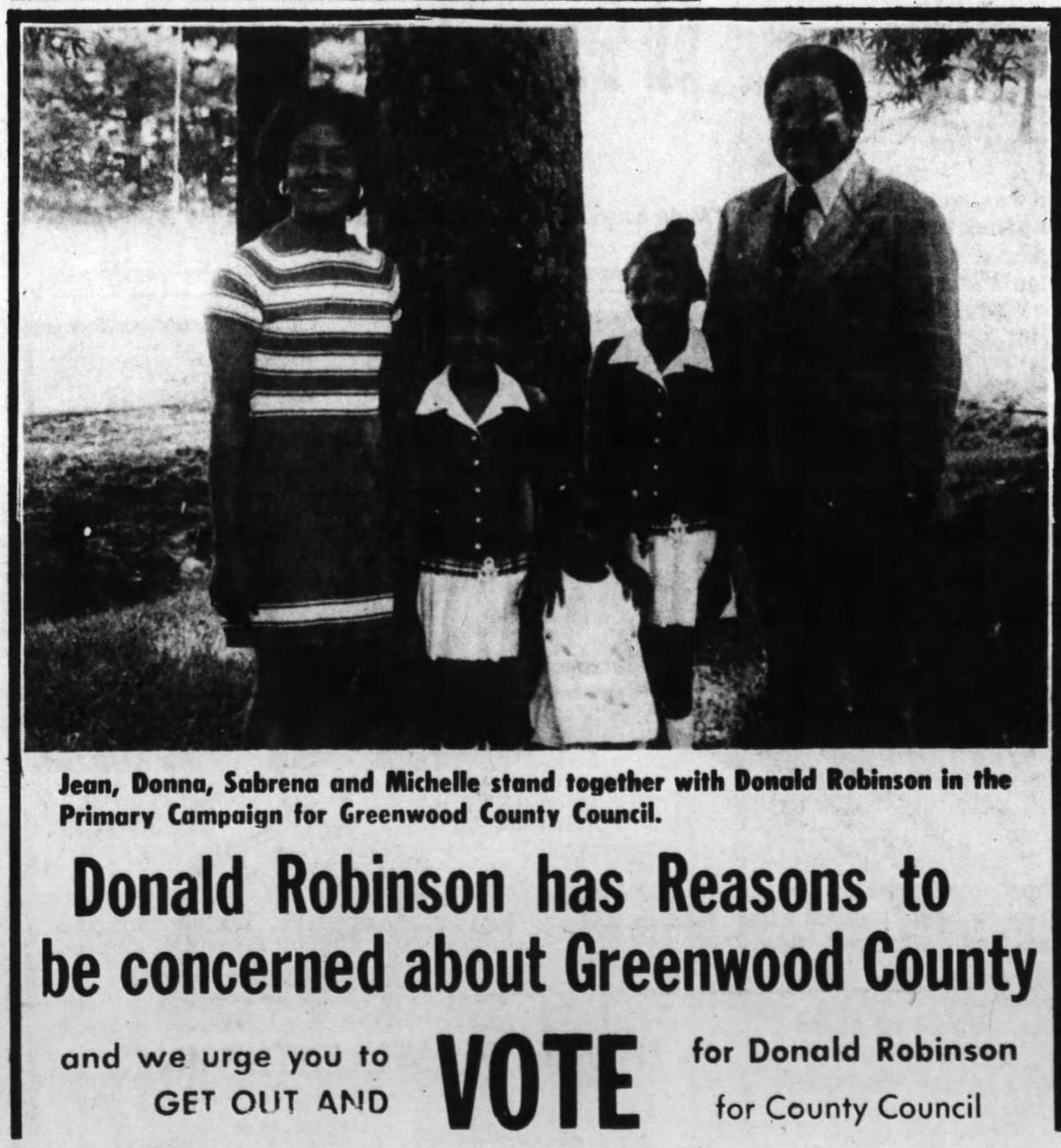 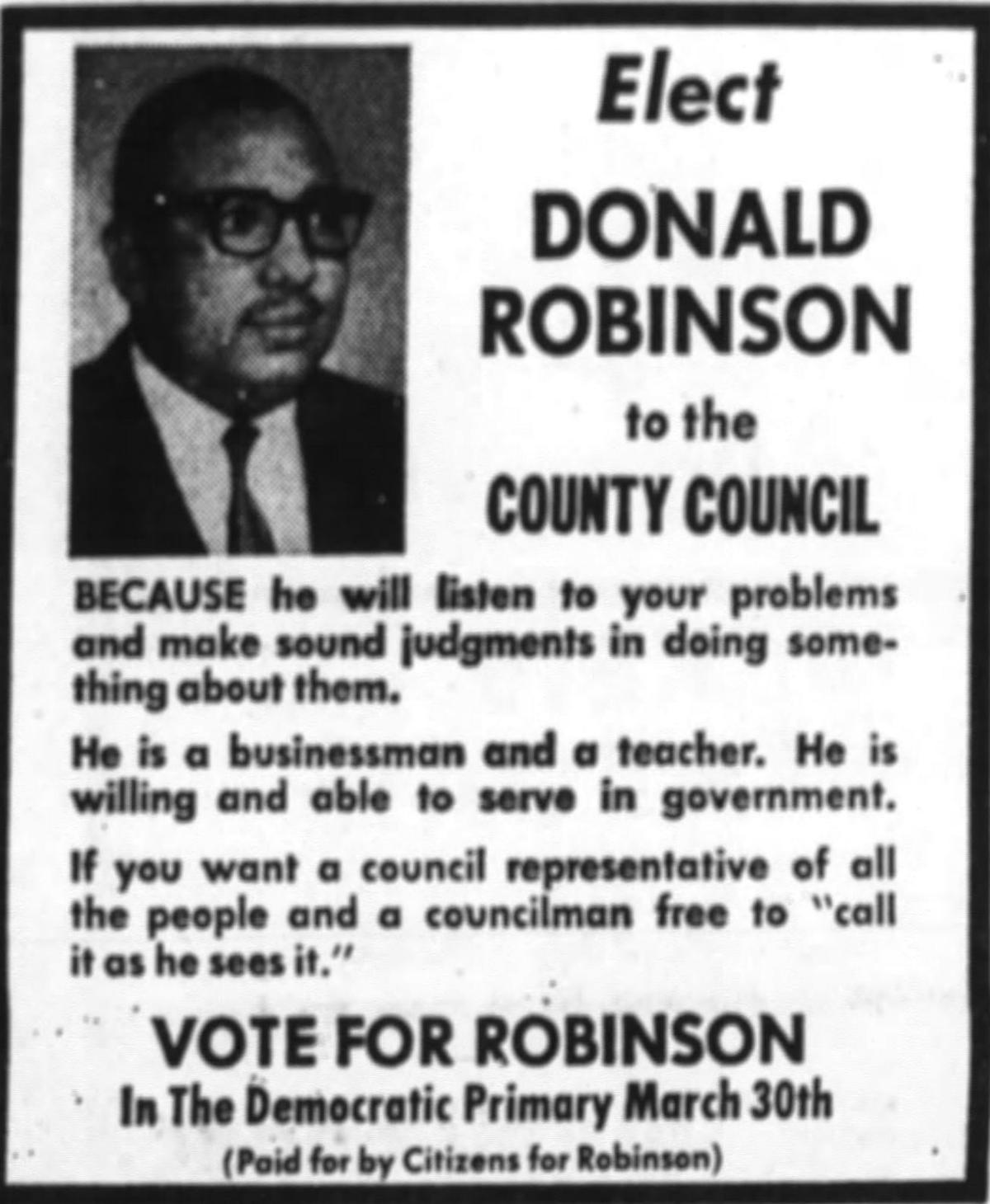 Donald Robinson was a longtime community leader in Greenwood County. 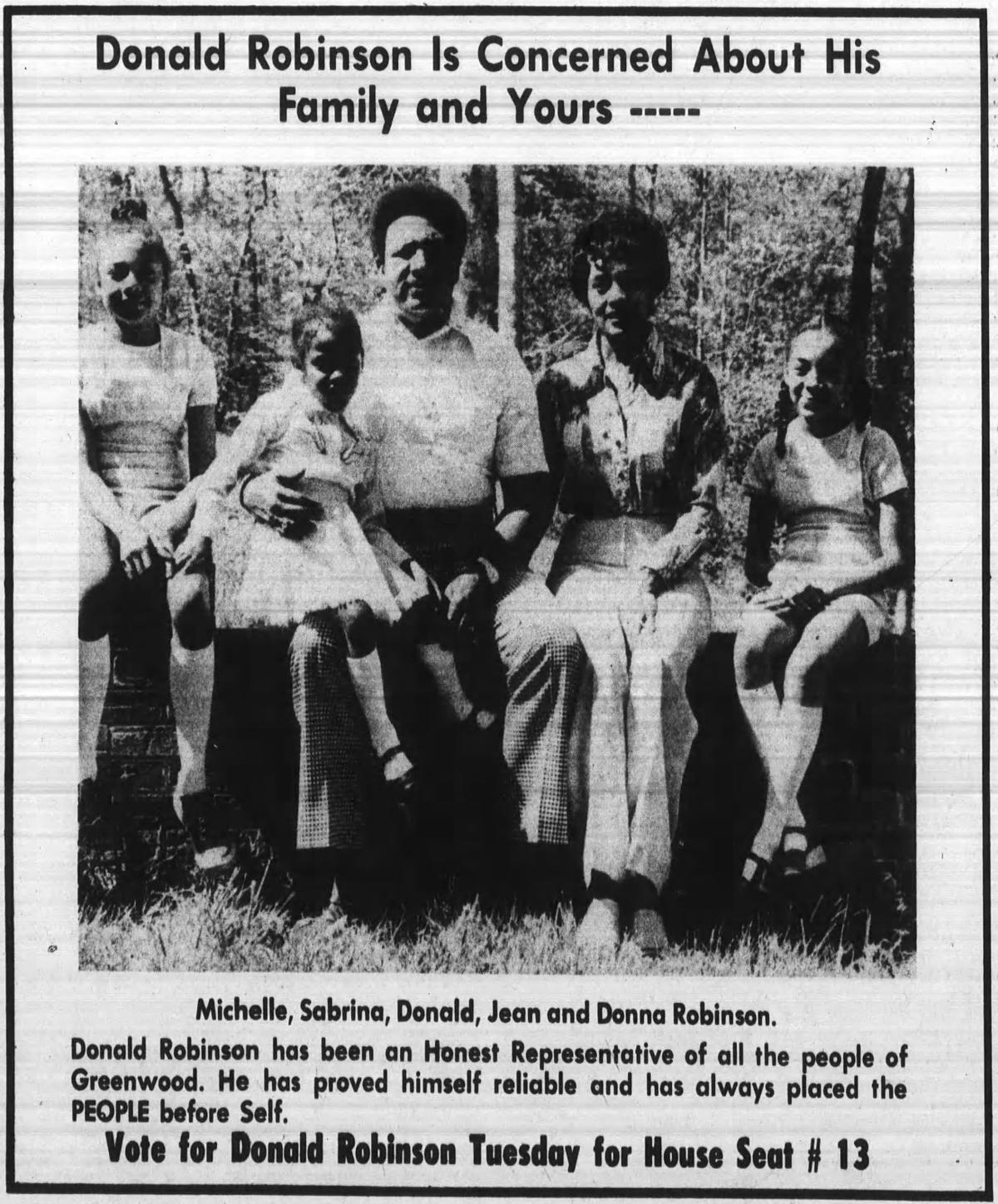 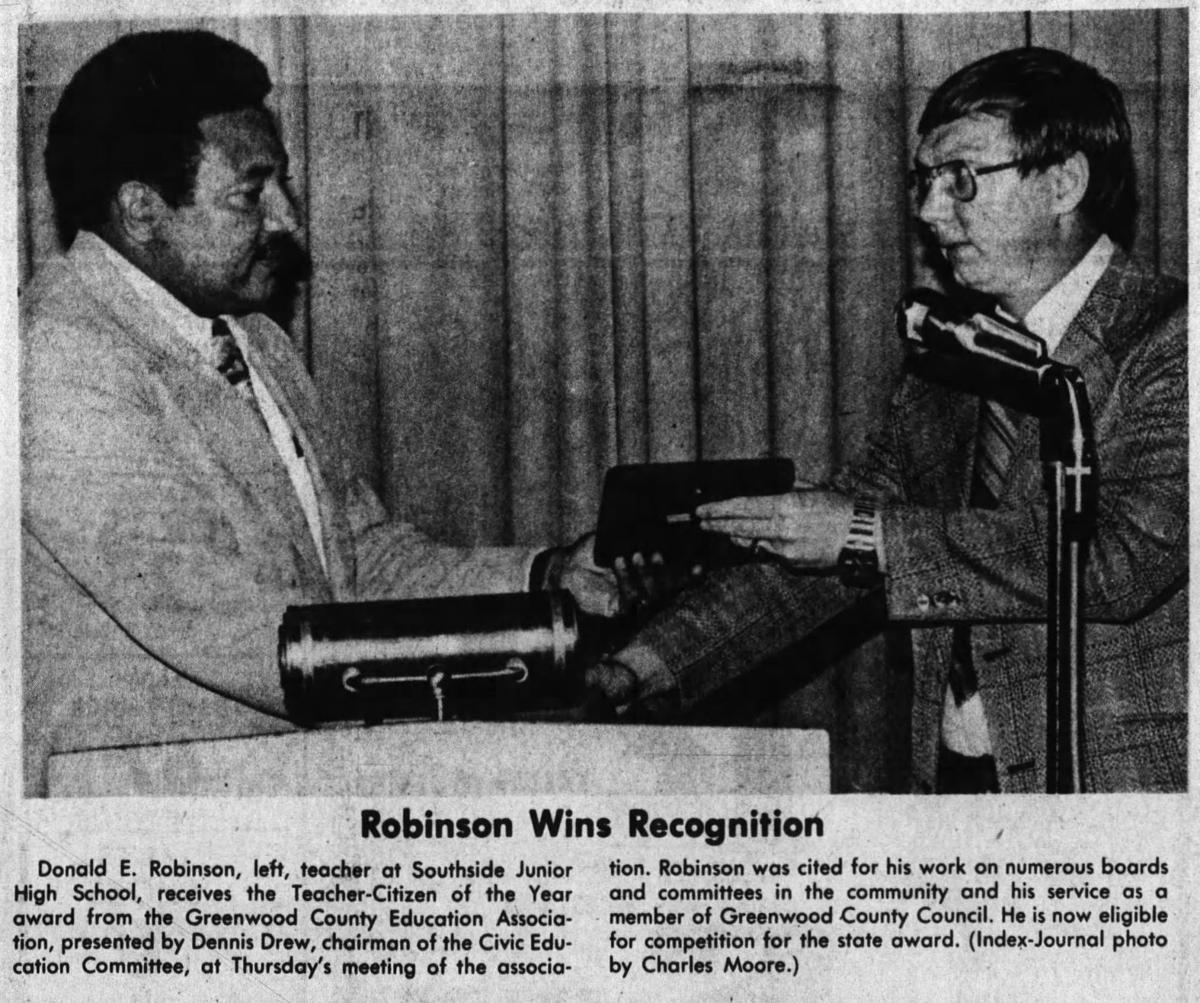 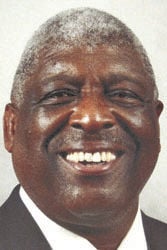 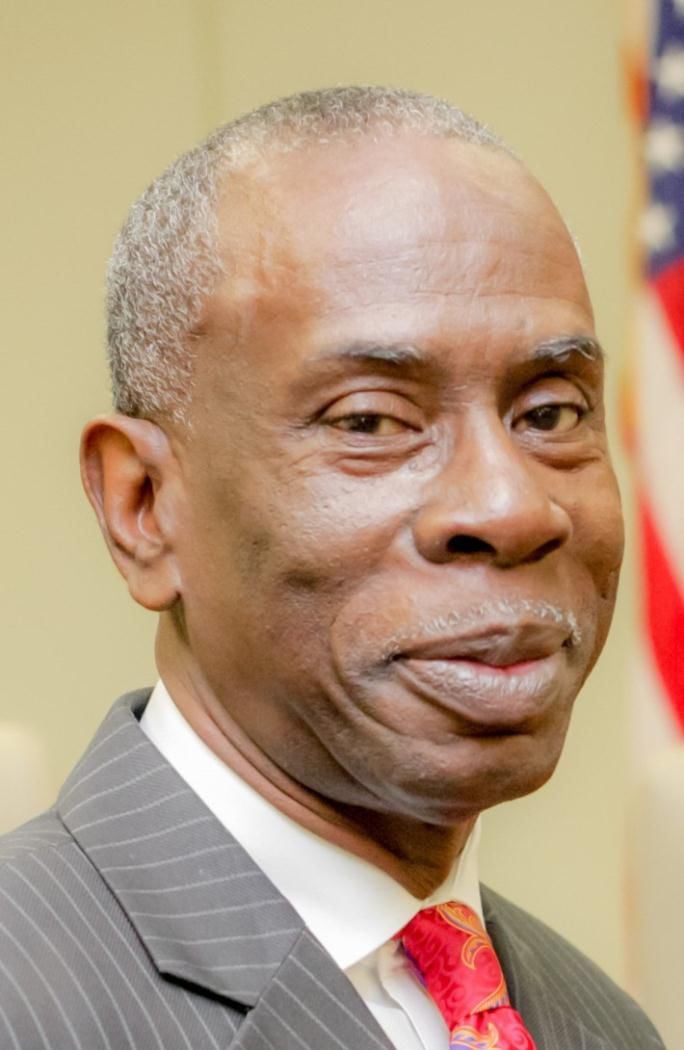 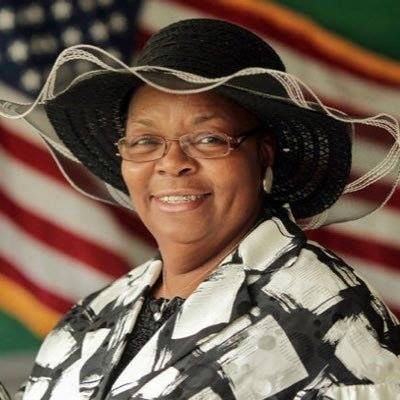 Donald Robinson was a longtime community leader in Greenwood County.

A legendary, trailblazing figure in the Greenwood community was laid to rest Friday.

Robinson was the owner of Robinson & Son Mortuary in Greenwood, but served the Greenwood community in more ways than tending to grieving families.

Robinson was a pioneer and a role model for many in the community.

He accomplished a tremendous feat in the 1970s by being elected as the first Black county councilman in Greenwood County.

“Back then, we ran all over the county. There weren’t any single-member districts,” Robinson said in an interview with the Index-Journal in 2010.

It wasn’t until the late ‘80s that single-member districts were instituted in Greenwood County.

“That makes a lot of difference when you are running. It was countywide. It makes it important to me that I was voted in at-large,” Robinson said in that interview.

Robinson was active in the community and served in many roles within the Democratic party.

“Mr. Robinson was a well-rounded person and could interact with anyone,” Greenwood County Councilwoman Edith Childs said. Childs was the first Black woman to serve in that position. “He took his county council position seriously and tried to do what the citizens requested of him within reason.”

Childs said while Robinson never taught her when she attended Brewer, she did seek out his guidance often. Robinson was a source of advice for many years for Childs.

“I could always call him and he would just lead me in the right direction,” Childs said.

Robinson, a veteran who served two years in the U.S. Army during the late 1950s, also served as a teacher and truancy officer for Greenwood County School District 50. He worked in education for 45 years.

“My job is to make sure that all the school children in District 50 – about 9,200 of them – have a chance to go to school and to do well there,” Robinson said in an article about his work in 1980.

He also took time to provide educational services to inmates at the McCormick County Correctional facility. He helped 40 inmates receive GEDs during his time in correctional education.

Childs said that during a difficult time for her while being investigated by the state ethics commission for her use of in-district expense funds, Robinson checked on her regularly to see how she was doing.

“That just meant so much to me,” Childs said. “It says a lot about the character of an individual.”

Robinson faced difficulties of his own in the 1980s. The Index-Journal reported Robinson pleaded guilty to three indictments in 1981 that concerned his handling of estates in the 1970s.

During the sentencing, Robinson’s attorney spoke on his standing in the community.

“We have a man not schooled in law particularly not in matters of probate, appointed at the request of the Probate Judge or the family involved,” Peter Murphy, who represented Robinson, said. “Donald Robinson had no conscious, malicious intent to take monies he was not entitled to.”

Robinson was sentenced to one year in prison, a portion of which he served in a work-release program.

While serving on council, Robinson advocated for a portion of Promised Land to be annexed into Greenwood from Abbeville.

“I feel that they haven’t been getting any service from Abbeville County,” Robinson said in an interview with the Index-Journal in 1980. “It’s a taxation without representation.”

The Promised Land community lacked water lines, which Robinson was instrumental in securing.

He continued to remain active in the community, serving on the GLEAMNS board and advocating on behalf of the Brewer Heritage Committee. He also assisted in establishing the first chapter of the NAACP in Greenwood. His influence helped other community leaders run for elected office.

“I’ve been around Mr. Robinson all my life,” said state Sen. Floyd Nicholson, who was the first Black mayor of Greenwood and first Black senator from District 10. “One of the ones I looked up to because he’s always been a positive influence in the community especially with the funeral home and working in education.”

On June 24, the S.C. Senate adjourned in memory of Robinson on a motion by Nicholson.

Robinson cared for others, especially those in the Greenwood community.

“Mr. Robinson cared about other people and dedicated his whole lifetime to serving and caring for others, whether through education, sick matters, religious matters, he did it all,” Bryant said. “He was a very caring, extroverted man.”

A video on the Robinson and Son Facebook page has Robinson thanking those who have supported his business for many years. The video ends with Robinson reminding viewers to remember others.

“And remember whenever you pray, be sure to do one thing for me,” Robinson said in the video. “Always pray for somebody other than yourself.”

Rutgers had at least 30 players were positive for COVID-19