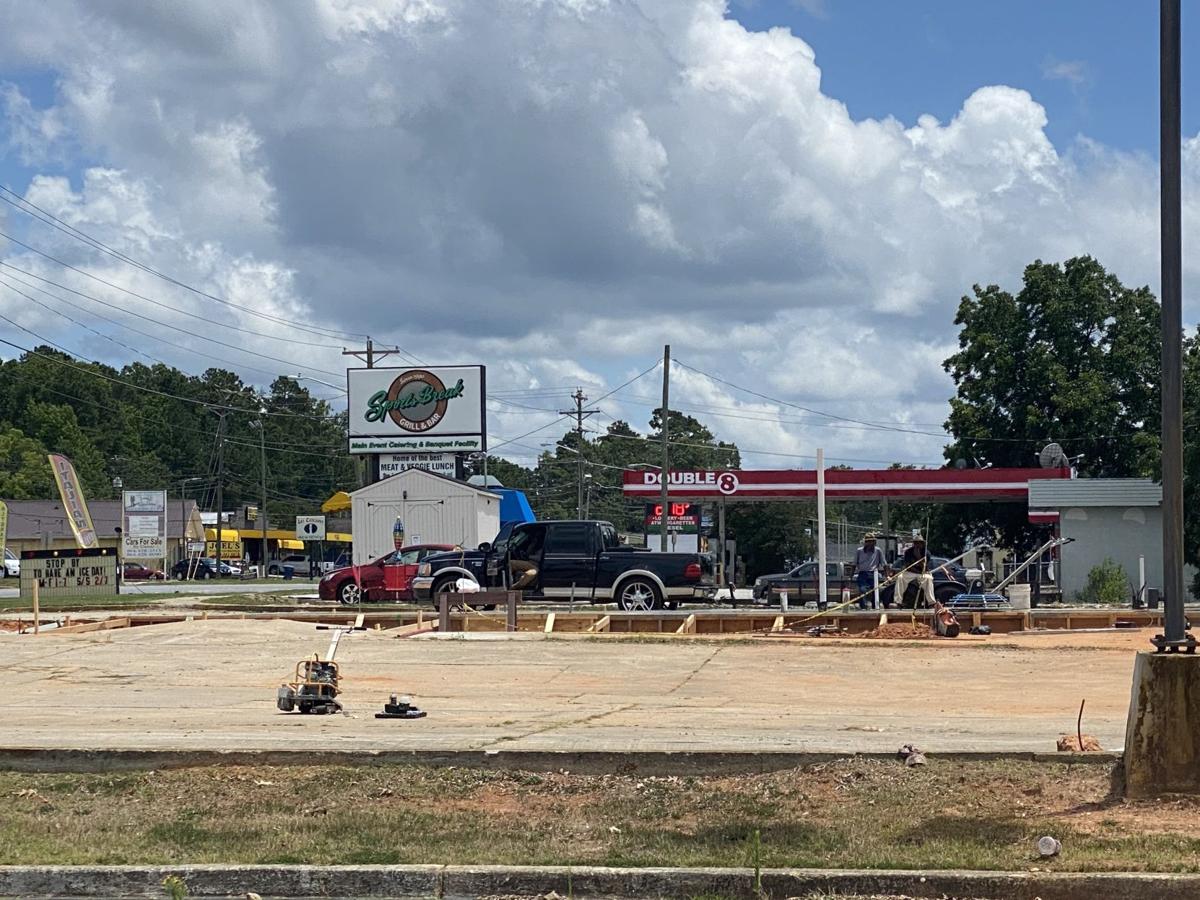 Robert Larkins is opening a Shipley Do-Nuts location on Montague Avenue across from Fuji Express. 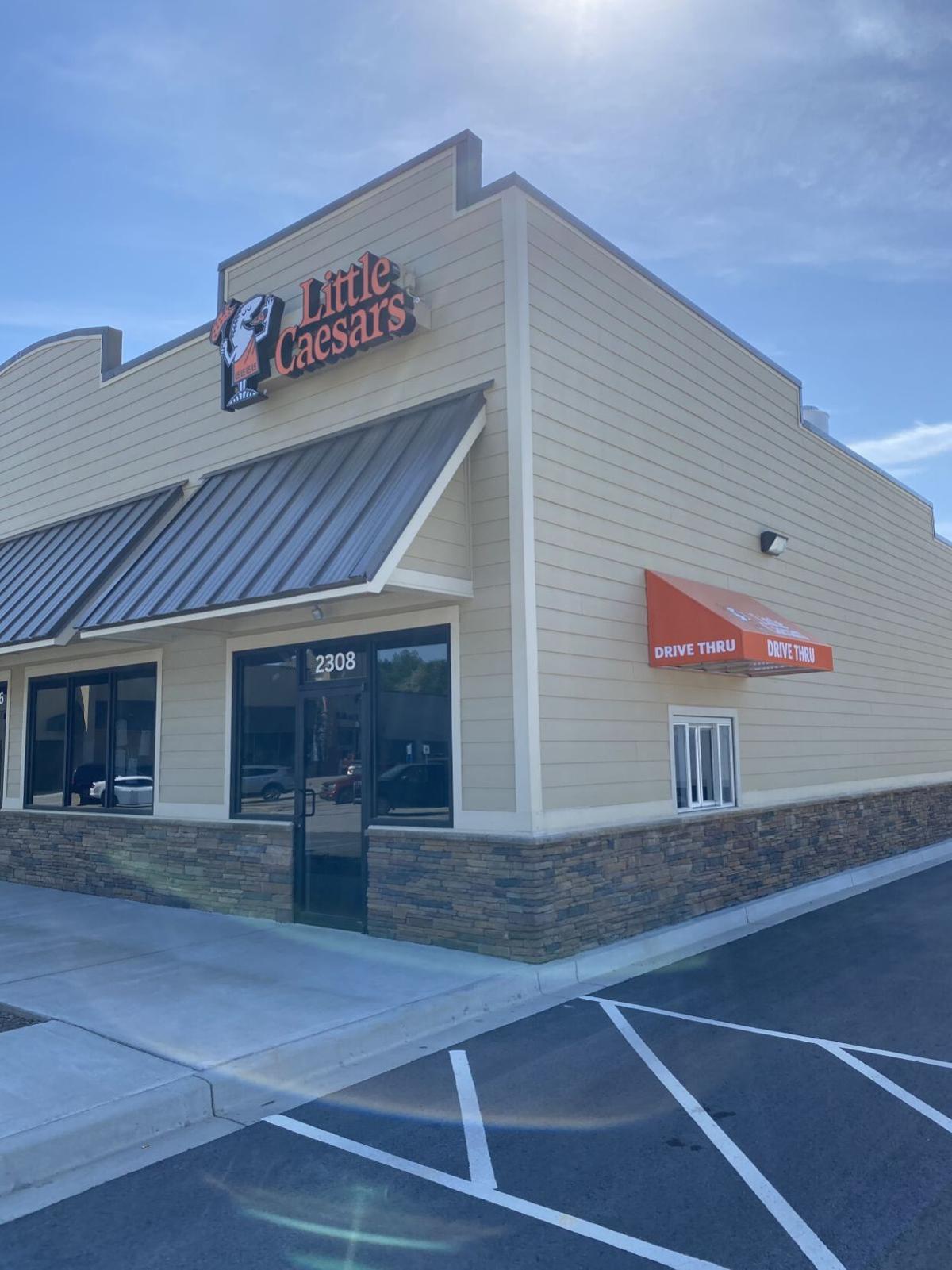 A second Little Caesars location opened in June near Groucho’s Deli in the southern part of Greenwood.

Robert Larkins is opening a Shipley Do-Nuts location on Montague Avenue across from Fuji Express.

A second Little Caesars location opened in June near Groucho’s Deli in the southern part of Greenwood.

Lakelands residents are always eager for new food options to take root in the area. While the COVID-19 pandemic put a tremendous strain on the food service industry, one family is finding success now that restrictions have eased.

The Larkins family is leading the way with bringing more food options to parts of Greenwood, especially on the south side of town. Robert, the family’s patriarch, is an electrical contractor who travels the country wiring motels. Along the way, he encounters restaurants no one has seen in Greenwood.

“It would be good to have in Greenwood,” Robert Larkins said about restaurants he has encountered in other places.

With Greenwood devoid of popular national doughnut chains such as Krispy Kreme or Dunkin Donuts, Robert Larkins decided to bring a different kind of tasty treat franchise back to Greenwood.

Groundwork is being prepared for a Shipley Do-Nuts location at 913 Montague Ave across from Fuji Express in Greenwood. The doughnut purveyor provides a range of the sweet doughy treat in addition to bear claws, cinnamon rolls, apple fritters and kolaches.

Robert Larkins said the doughnuts remind him of B and E Donuts, which was on the 25 Bypass near Emerald Road.

The idea for bringing the Texas-based chain to Greenwood stems from electrical work in the Nashville, Tennessee area. Robert Larkins said his workers would always want him to bring Shipley’s to the worksite.

When looking at opening his next business venture, Robert Larkins decided to look northward for a perfect location for his doughnut shop. Traffic concerns are also taken into consideration when opening a new business.

“You always want to locate on the proper side of the road,” he said.

Robert Larkins, who also owns Groucho’s Deli in Greenwood, has his three sons as junior partners in his doughnut venture. The family restaurant business started when he opened the Greenwood Sandwich Company in the early 2000s, and his wife operated it until she died from cancer a few years later.

Two of his sons, Tyler and Clint, recently opened a Little Caesars a few shops down from Groucho’s.

“We’ve always looked at different types of businesses,” Tyler Larkins said. “What would help out the area?”

Tyler Larkins said because food options are limited on the south end of town, he and Clint Larkins decided to open Greenwood’s second Little Caesars there.

“We have been doing really well,” Tyler Larkins said. “I’ve been very happy with the start.”

The Larkins family has begun to expand its restaurant holdings and the patriarch has advice for his sons.

“You got to diversify,” Robert Larkins said. “Don’t keep all of your eggs in one basket.”

Restaurants have seen better days and the COVID-19 pandemic only made matters worse.

He said he has seen his food cost rise over the years.

Shipley Do-Nuts is projected to open this fall but whether that means September or October depends on how construction goes amid the rising cost of materials.

No. 1 'Bama visits No. 11 Florida in SEC title game rematch

Lawyer says Murdaugh to turn himself in on insurance fraud

Community divided over book ban at school board meeting