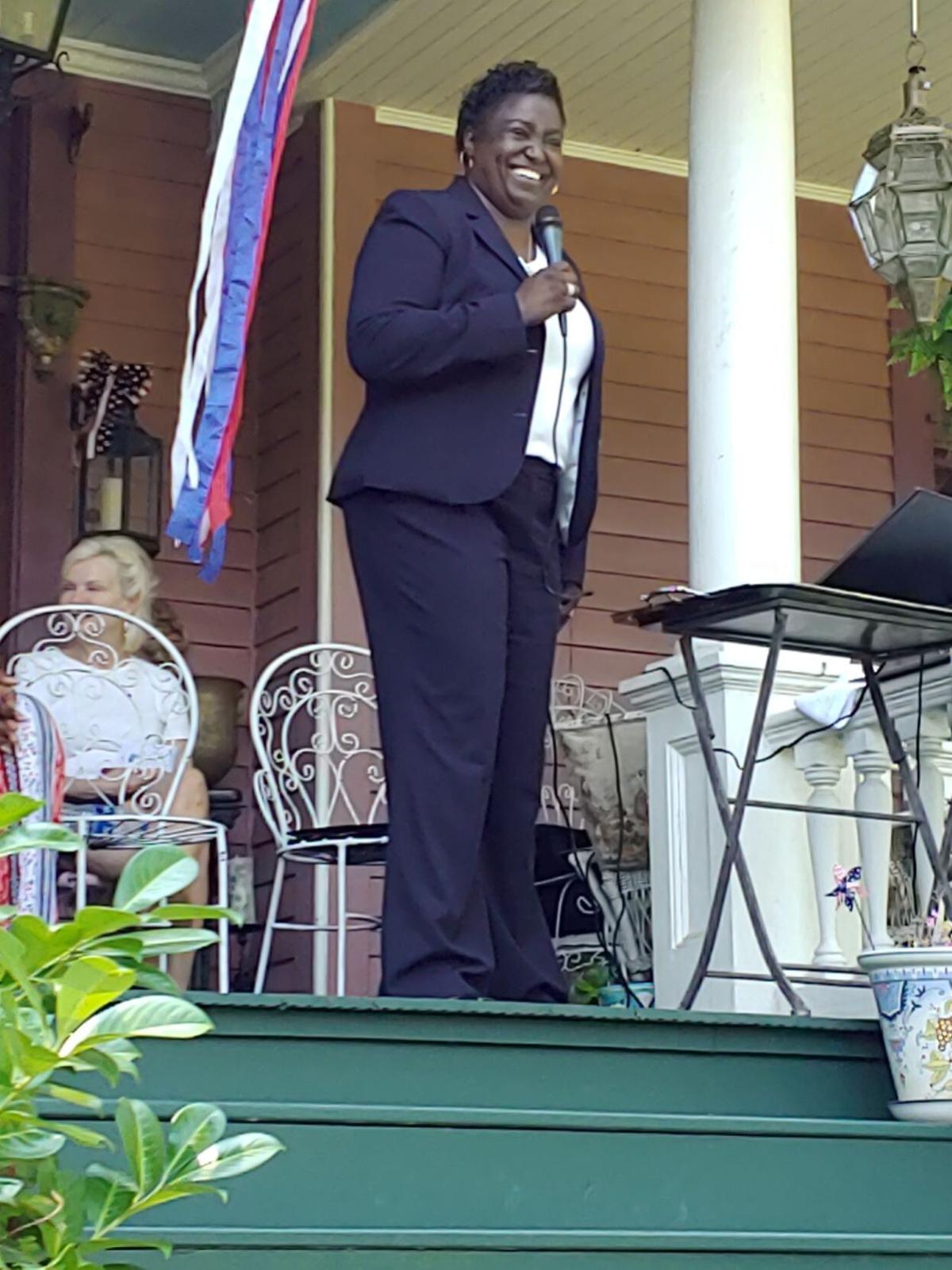 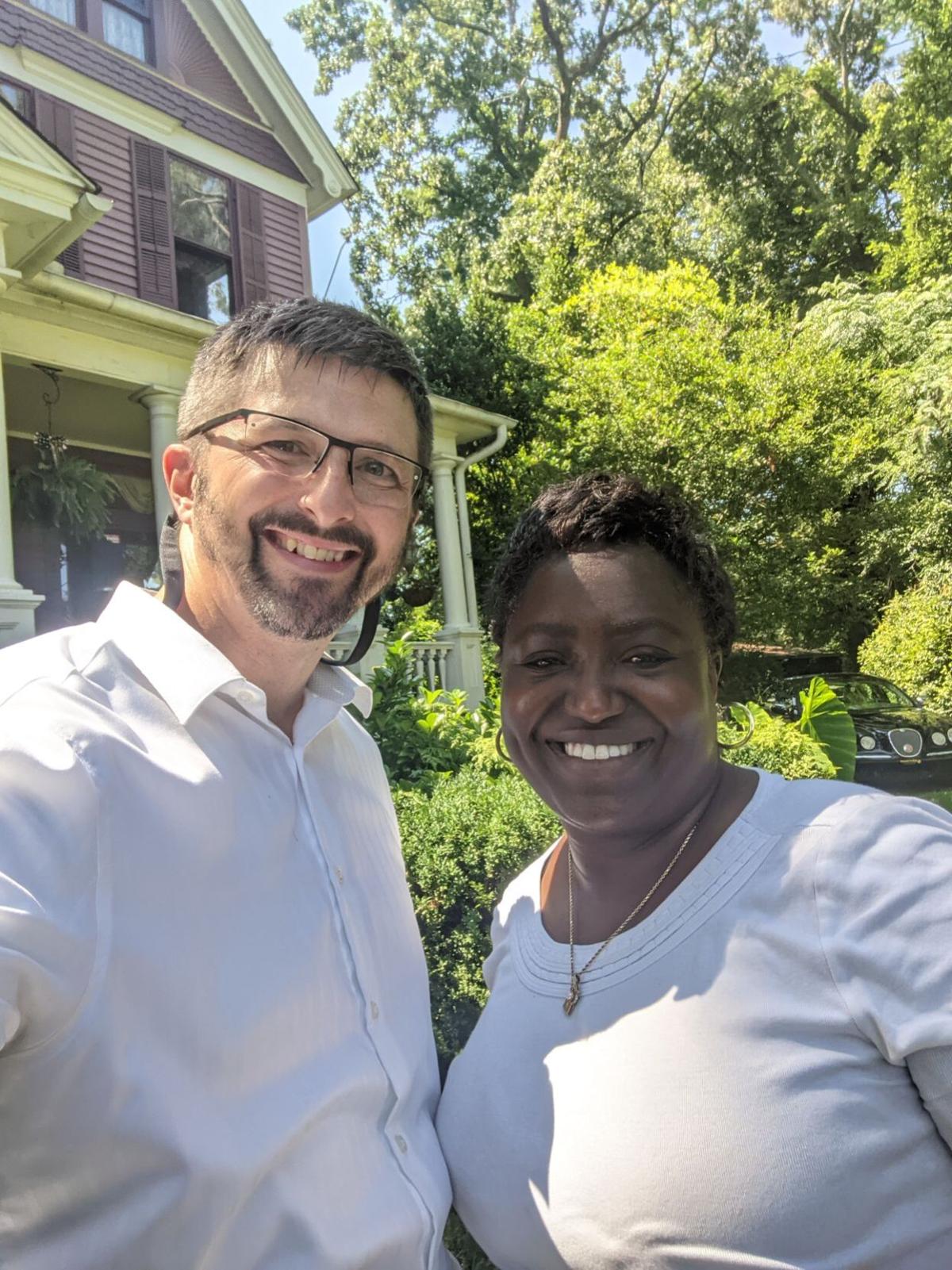 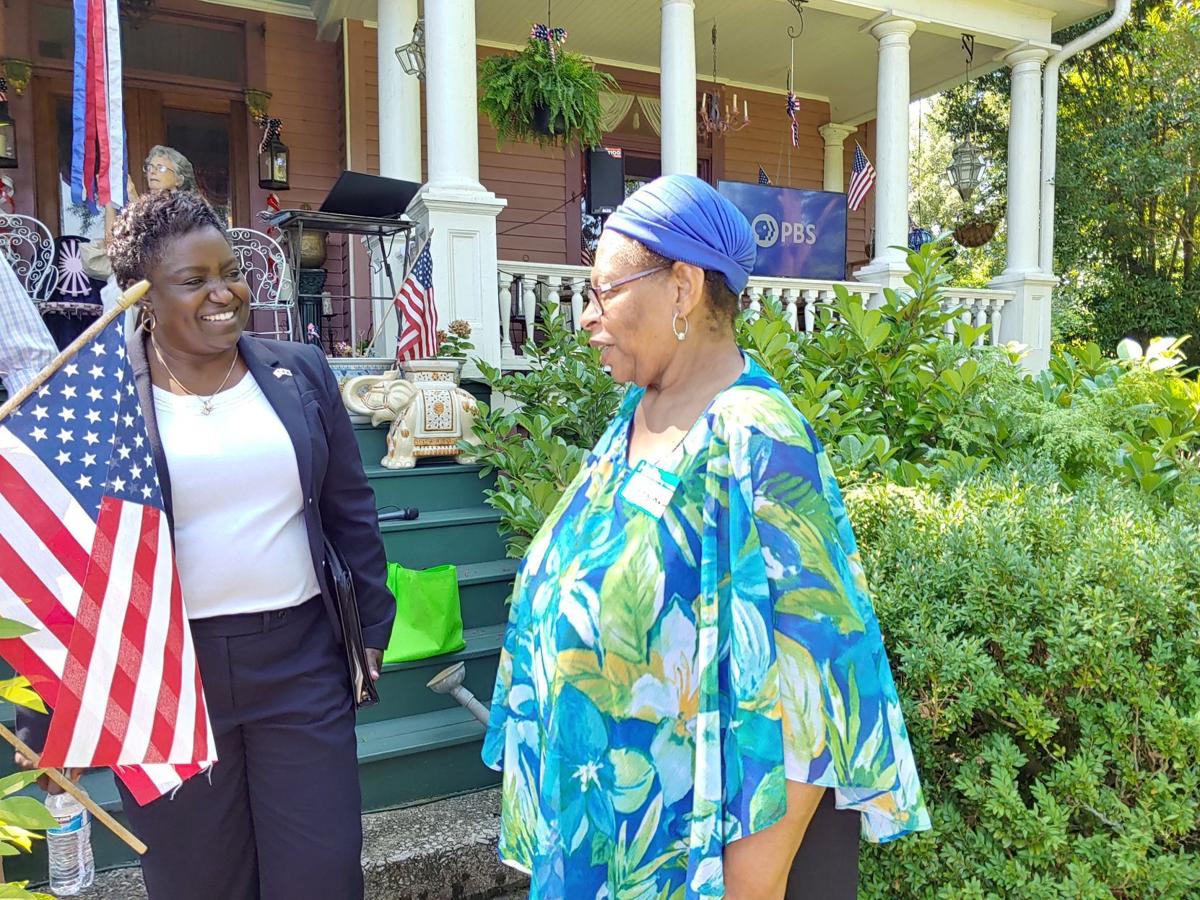 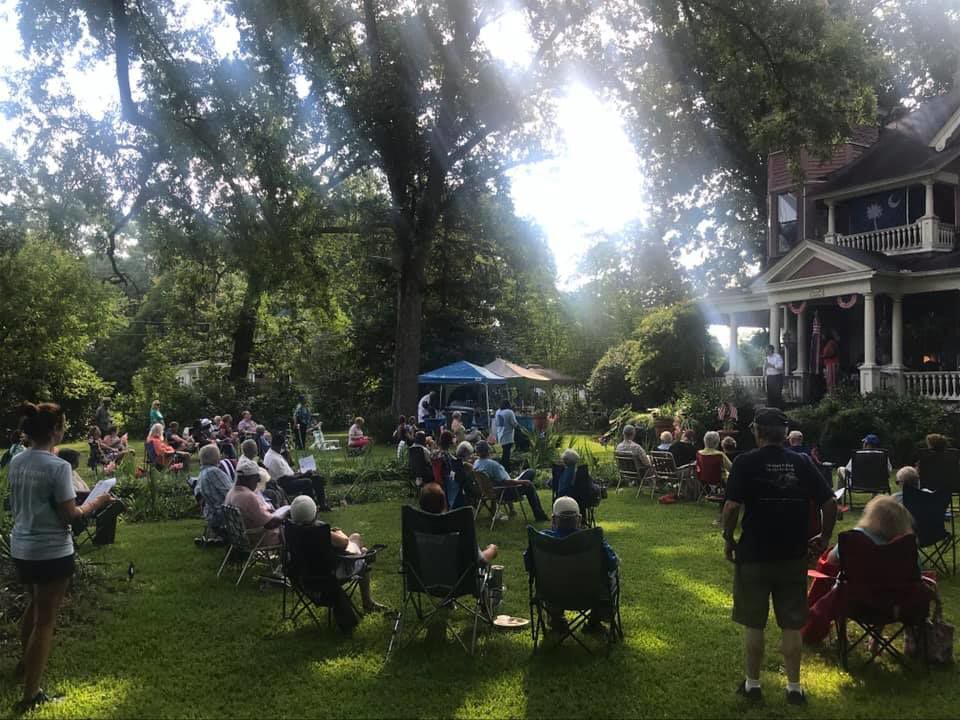 More than 75 people attended the Greenwood County Democrats first in-person meeting at the Headley Downs Manor since the beginning of the COVID-19 pandemic.

More than 75 people attended the Greenwood County Democrats first in-person meeting at the Headley Downs Manor since the beginning of the COVID-19 pandemic.

Having met for months on Zoom, the Greenwood County Democrats had their first in-person meeting Saturday to hear from a candidate running against U.S. Sen. Tim Scott.

“I’m so excited to be here this morning,” said Angela Geter, chairperson of the Spartanburg County Democratic Party.

Geter announced in May that she would challenge Scott for his seat.

“South Carolina has never had a woman as its United States senator,” Geter said. “I decided I should change that.”

An Air Force veteran who served during Operation Desert Storm, Geter said she knows what it means to support and defend the U.S. Constitution against enemies, foreign and domestic.

“I think I am humble enough to know the difference between fact and fiction,” Geter said. “And smart enough to know when to seek out those who know better than me when I do not.”

Geter said political maneuverings have gotten out of control and have created a cancer on the political system.

“This is the moment we are in and it demands something of us,” Geter said.

She stressed the importance of midterm elections and redistricting — the process of analyzing census data and redrawing political lines to keep districts equal. She said her race is about leadership and governing.

“The willingness to lead and a desire to govern,” Geter said. “The time has come for a frontline leader to represent South Carolina.”

Geter said that leader should be unyielding in putting forth a vision but also accept limits on the exercise of authority.

Fiscal reasonableness, support for federalism and the idea that elected officials have a moral imperative to govern are the foundations of her approach to government, she said.

She said she will focus on economic development, infrastructure and education.

“We have to make sure that our infrastructure is intact so we can be competitive for years and years to come,” Geter said.

This is not Geter’s first political campaign. She lost the Democratic primary to fill the seat of former Spartanburg Rep. Harold Mitchell in 2017 to Rosalyn Henderson-Myers.

Geter is not the only announced candidate for U.S. Senate to visit the Lakelands in recent months. In June, state Rep. Krystle Matthews, D-Berkeley, had a meet-and-greet at the home of Suzy Holloway.

Greenwood Democrats were glad to see each other face-to-face again. More than 75 were in attendance Saturday.

“After 13 months of conducting our monthly meetings virtually, it was a great relief to have the energy of an in-person event on such a beautiful morning,” Bill Kimler, chairperson of the Greenwood County Democratic Party, said in an email. “Equal in importance to the meeting itself was the socializing and bonding that occurred well after the business at hand was concluded. It’s a significant statement to be able to draw such a large crowd for a political meeting in an off-election year.”

The party also hosted several speakers in addition to Geter. Johanna Bishop, a Greenwood County School District 50 school board member, spoke about her motivation to run for school board and shared advice for those who may want to run for public office.

Attendees also heard from Candy Fletcher, co-producer of an upcoming documentary about the removal of the Confederate flag from the State House, spoke about the origins of her efforts.

Jalen Elrod, third vice chair of the state Democratic Party, talked about efforts from the state party being pursued in all corners of the state.

“He was a truly impressive speaker and one we need to keep an eye on,” Kimler said.

LEADING OFF: Curious pitching strategy in playoffs all over

Wave of killings triggers memories of dark past in Kashmir