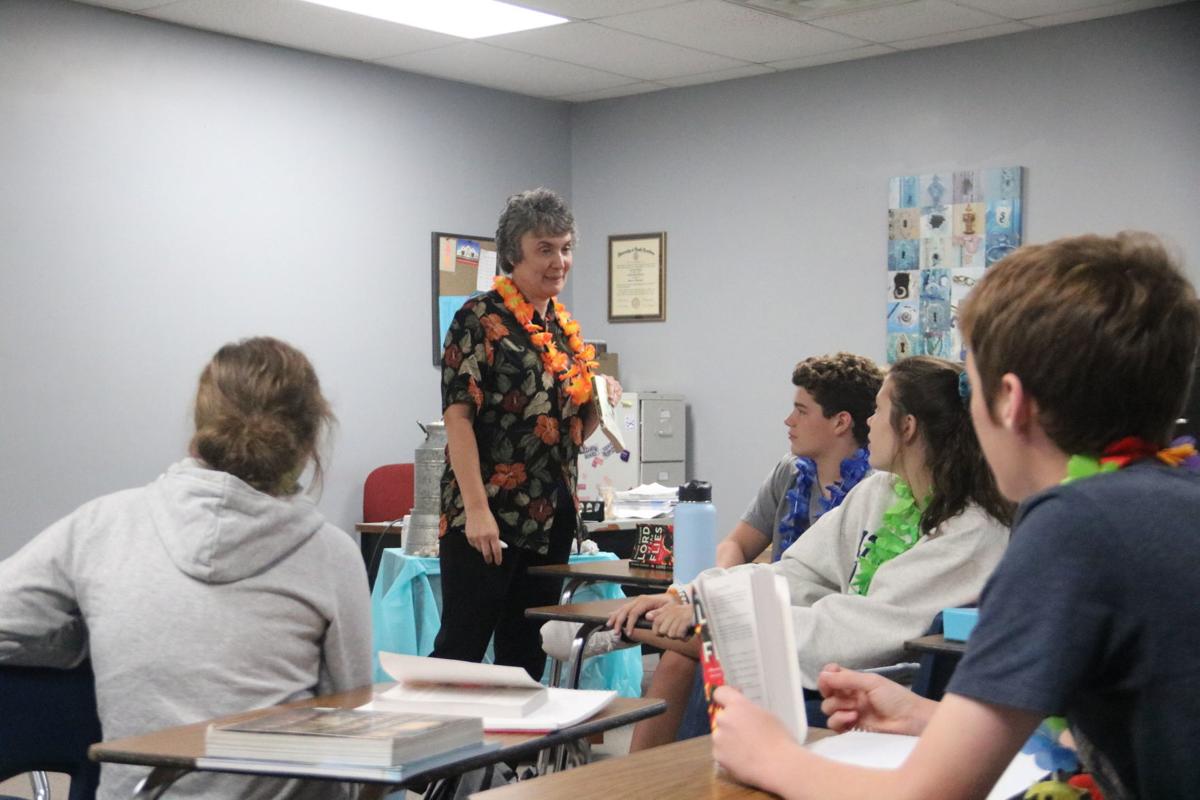 Cynthia Harbuck discusses “Lord of the Flies” with her English 2 class at Greenwood Christian School. Banning cellphones from the classroom has limited, but not eliminated, the number of distractions, she said. 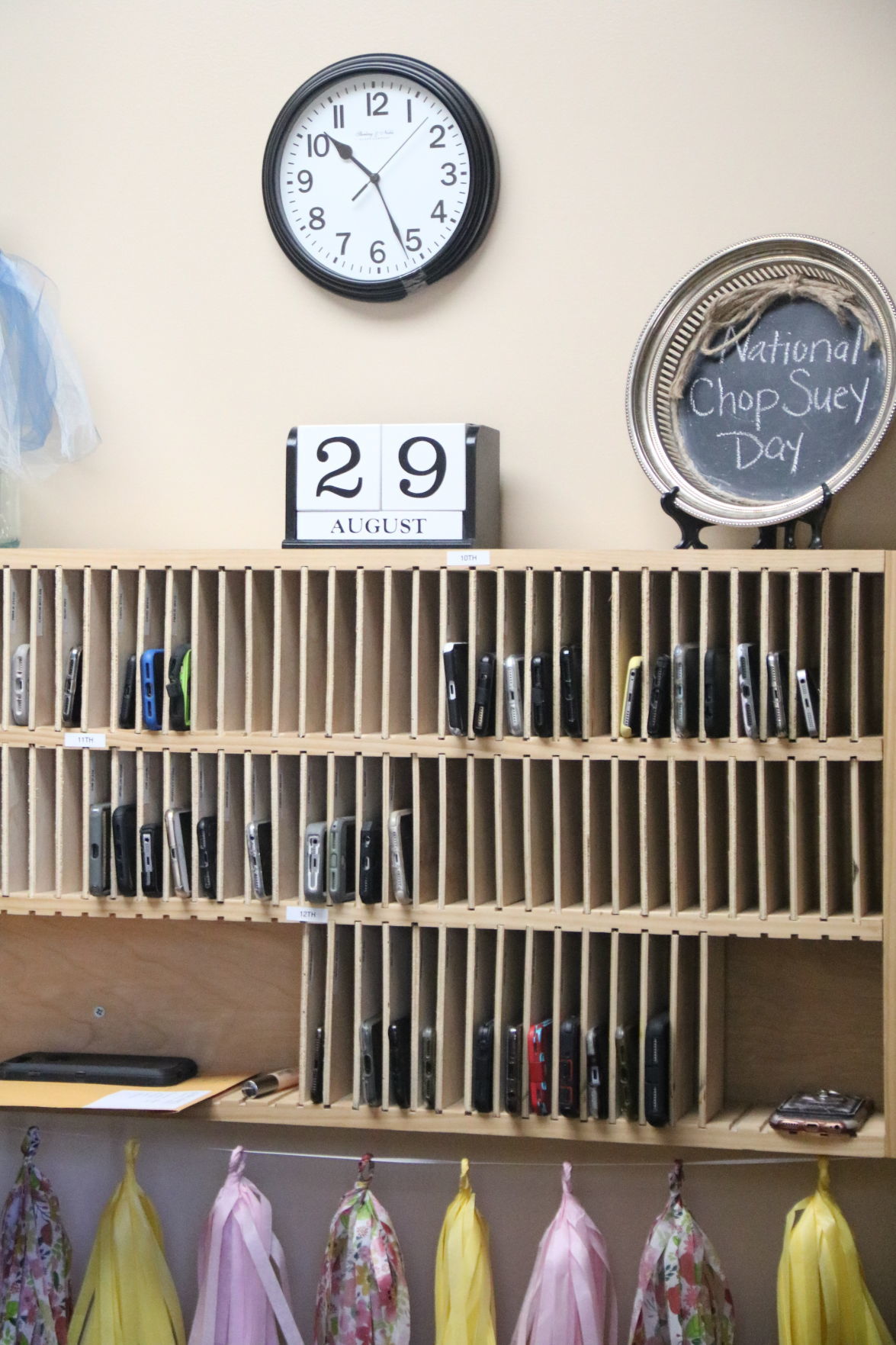 Cynthia Harbuck discusses “Lord of the Flies” with her English 2 class at Greenwood Christian School. Banning cellphones from the classroom has limited, but not eliminated, the number of distractions, she said.

Draped in leis, the flower garland common in Hawaii, students in Cynthia Harbuck’s class at Greenwood Christian School discussed the opening chapters of “Lord of the Flies.”

They asked questions, offered theories and took notes. They did not check their social media accounts or text their friends.

For years, Greenwood Christian’s high and middle schools have had a no-phone policy. High school students have to relinquish their cellphones once they get to school and can’t even leave them in their lockers. A cubby in the front office holds all the phones, which are returned to students after the final bell.

Middle schools students have to leave them with their teachers.

“The bottom line is to take away all distractions in the classrooms so they can focus on their academics,” said Greenwood Christian’s director of marketing, Angel McAllister. “We’ve done some research, talked to some teachers, talked to other schools.”

The policy was implemented about six years ago, according to Head of School Chris Johns.

Harbuck, Greenwood Christian’s teacher of the year, acknowledged that it would have been difficult for her students to disengage Wednesday morning, with or without cellphones. This year, her English 2 class has only six students.

But she has had as many as 20 in past years and said she did notice a difference after the rule was implemented.

Her students still find ways to distract themselves, mostly by daydreaming or sneaking out a textbook from another class to do homework they should have completed the night before.

Many students, she said, vent on social media when they’re upset about something. Taking away that outlet teaches students to rely on themselves, friends or teachers to work through those feelings.

Johns said the school is not against technology but for using it judiciously. It was among the first, he said, to allow all of its middle and high school students to use Chromebook laptops in lieu of textbooks and take them home to complete homework assignments, but ended the three-year experiment before the 2015-16 school year.

“I realize people say ... ‘You got to find a way to entertain or keep them engaged in a system where gaming and everything else is 24/7,’” Johns said. “We’re frankly trying to fight that premise. No, we don’t. There’s times where just writing out your homework, doing it on pen and paper is still the best way to do things.

“Where I stand now, I didn’t start there.”

Students had the option of sticking with their traditional textbooks and, in the first year, 35% did so. By year three, the percentage had reversed and only 35% of students were using the Chromebooks, Johns said. The school decided to limit their use, and today, students only use Chromebooks to complete specific assignments as assigned by their teachers.

Their decision to scale back Chromebook distribution was not only about student buy-in, however.

“We didn’t find it actually helped in the classroom,” Johns said. “We had taken the games off. We had control of that thing, but just the idea of moving a mouse around, doing something, was basically a lure to cause a distraction.”

Maintenance was also an issue. Cracked screens and missing keyboard keys became a headache for administration.

“I jumped into technology thinking technology was simply going to extend and expand the learning,” Johns said. “And what we found is that can be true. ... But it has an equal detriment that can be out there as well.”