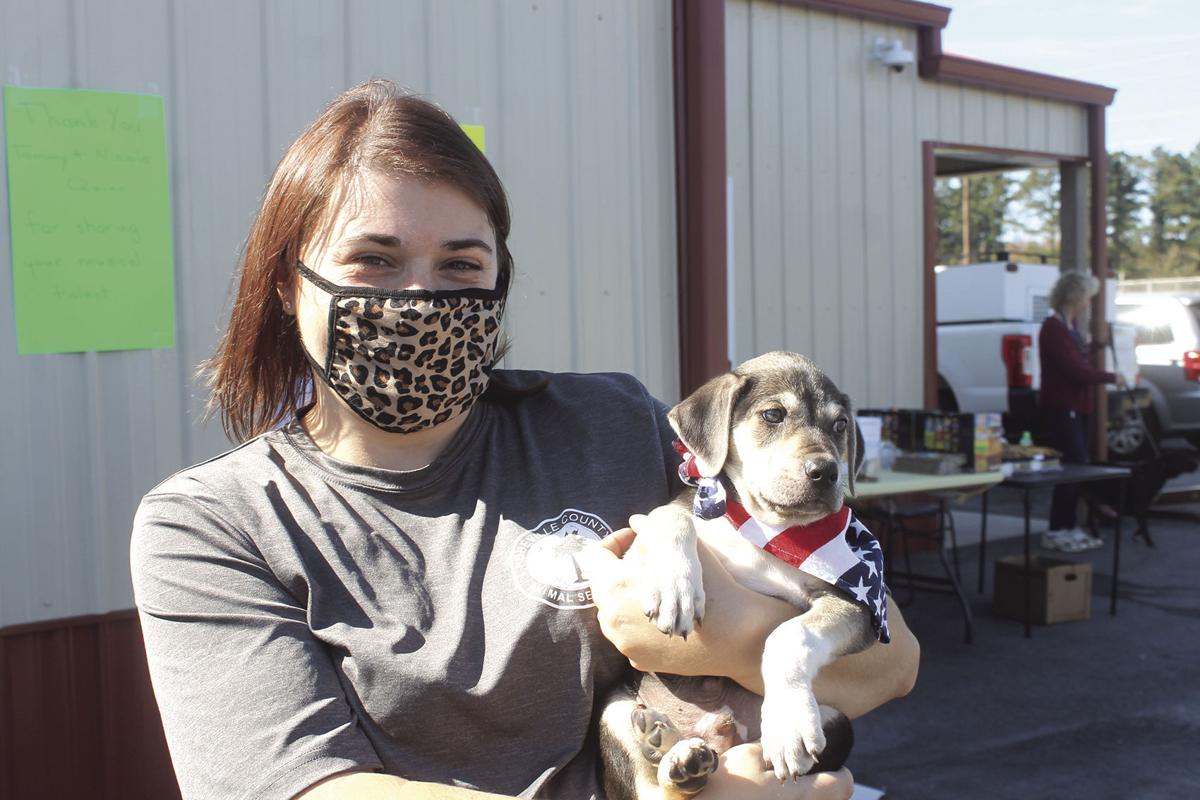 Jessica Bridges shows off one of the dogs available for adoption at the Abbeville County Animal Shelter. 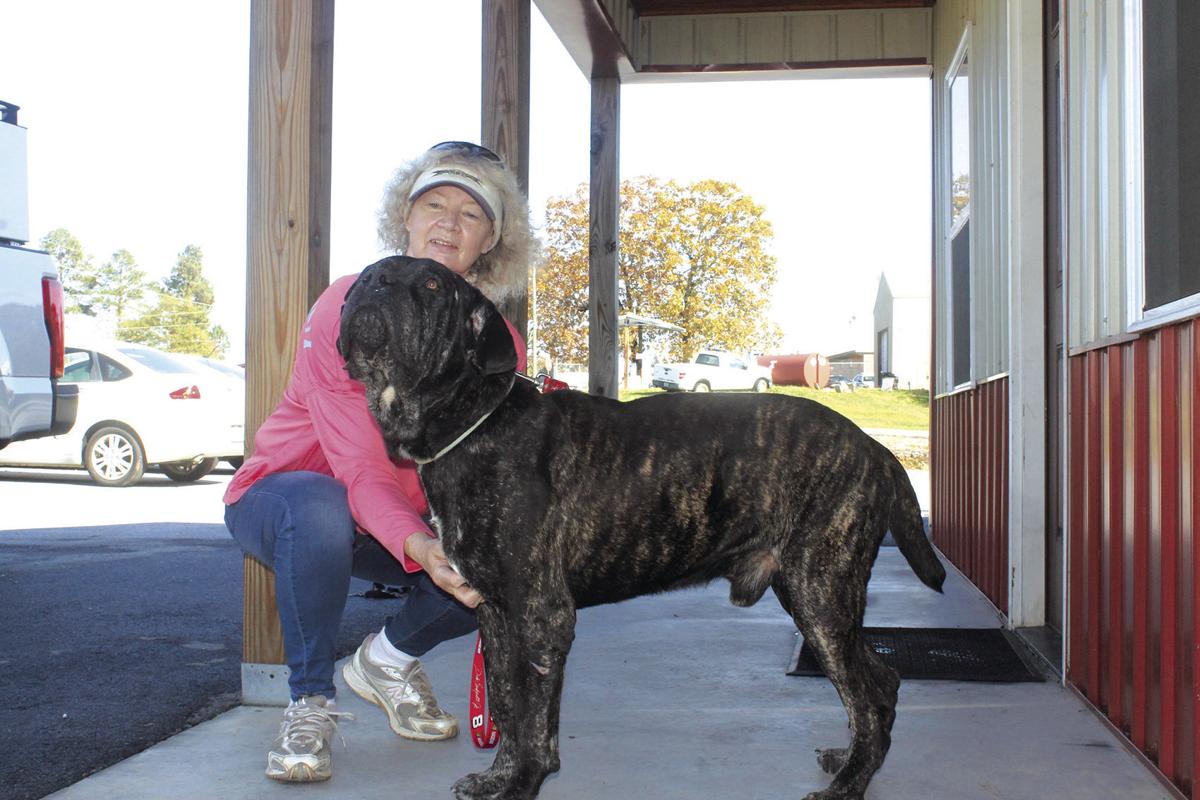 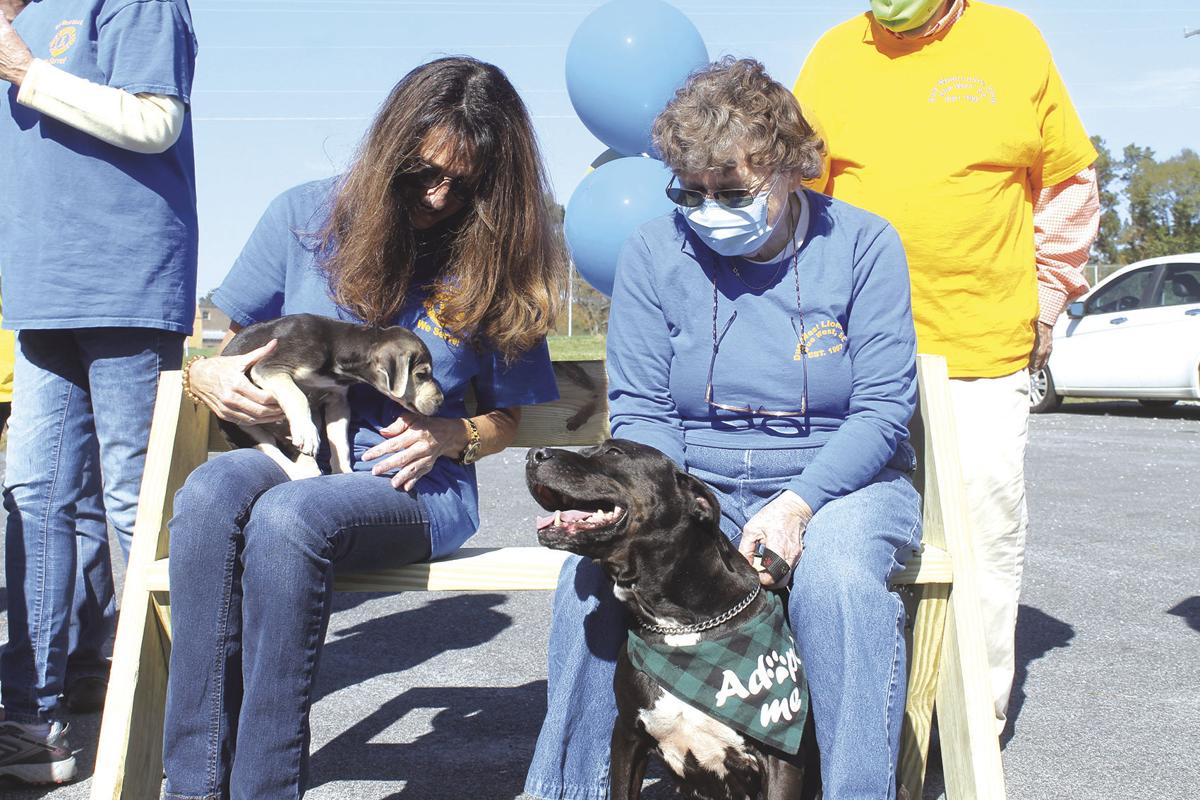 Susan Jackson and Jan Haldeman play with two of the dogs available for adoption at Abbeville County Animal Shelter. 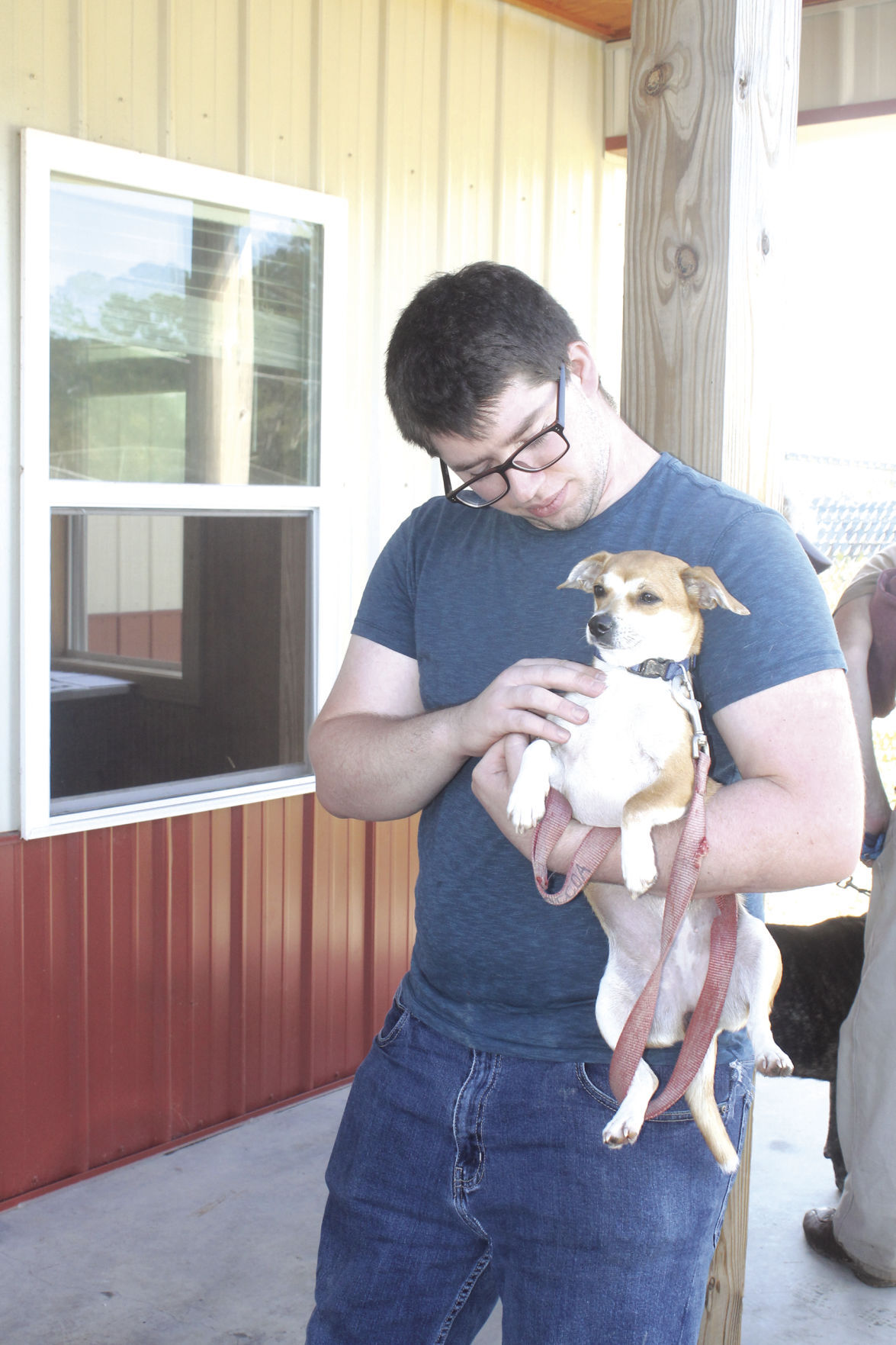 Zeke Evans, an employee at the Abbeville County Animal Shelter, pets one of the dogs available for adoption. 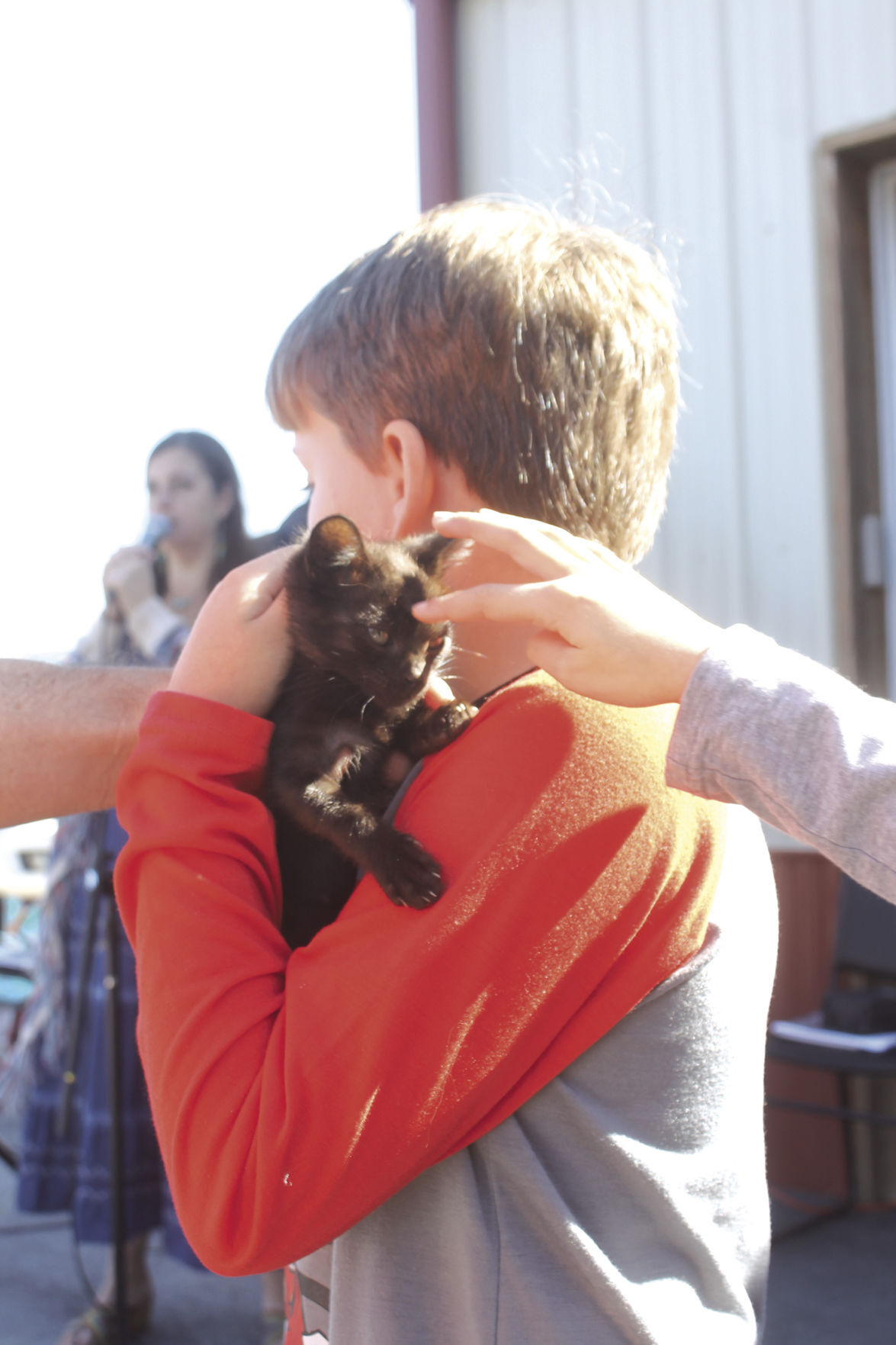 Dogs weren’t the only animals vying for people’s attention at Saturday’s adoption event at the Abbeville County Animal Shelter.

Jessica Bridges shows off one of the dogs available for adoption at the Abbeville County Animal Shelter.

Susan Jackson and Jan Haldeman play with two of the dogs available for adoption at Abbeville County Animal Shelter.

Zeke Evans, an employee at the Abbeville County Animal Shelter, pets one of the dogs available for adoption.

Dogs weren’t the only animals vying for people’s attention at Saturday’s adoption event at the Abbeville County Animal Shelter.

ABBEVILLE — You don’t have to be a dog lover to work with animals. But it helps.

“If I was looking for a dog, I’d go to a shelter,” said Oscar Reid, a resident of Due West, who recently started volunteering as a dog walker.

He got the idea to volunteer from a newspaper story about the shelter and decided the job was for him. He walks dogs about two hours each visit and throws balls for the dogs.

“They need exercise and to get outside,” Reid said. “It can weigh on them mentally, being in those cages.”

The odd thing is, after having a walk, the dogs often are happy to go back into the cages. Some are a handful. “They’ll almost pull your arm out,” he said.

“I enjoy walking and the dogs love getting out, so the love is reciprocated,” Reid said.

Working with the animals is a rewarding experience, said Shirley Houston, who has volunteered to work with animals for six years. “I’ve been here longer than some of the staff.”

“It’s a worthy cause. It’s all for the dogs,” she said. “If you have a passion for animals, it’s a good volunteer opportunity.”

The shelter needs volunteers to walk dogs, and to bathe and groom the animals, Houston said. Other duties include washing dishes, doing laundry, cleaning up the yard and taking animals to rescues or veterinarians. People can work with small dogs, if they prefer.

Houston also fosters animals. Fostering involves taking dogs home and caring for them, especially when an animal has medical needs because they need to be in a home instead of a shelter environment.

One example, Houston said, is a female dog with breast cancer. She is scheduled to have a mastectomy. She will definitely need to be in a home environment. One of the shelter volunteers has arranged to foster her.

Houston also works with Martin, a mastiff with several health problems. He is recovering from a leg injury, is scheduled for surgery on his ears and is heartworm positive. She said after surgery, Martin is destined to go to a rescue.

During the adoption event, people visited the shelter to see about acquiring a pet. More than one person admitted to having the desire to take many animals home. Another said the cats were just a little bit clingy, which conjures a vision of cats and kittens sticking to your clothes like cockleburs.

Volunteering doesn’t entirely involve working with animals. Gene Judd with the Due West Lions Club presented the shelter two benches for visitors and staff to use.

Every little bit helps, he said, adding that he got the designs for the benches online. Work on the benches took a few hours. He developed his carpentry skills from volunteer work with a Columbia-based Habitat for Humanity chapter.

“When you swing a hammer with them, you learn a lot,” Judd said. Now that he has a template for the benches, he can build more.

All kinds of dogs stay at the shelter, from pride of the pound to pride of the pedigree. Reid recalled seeing a full-blooded yellow Lab roaming around Due West six years ago. It ended up at a shelter. Reid said he decided if no one claimed the dog, he would take him.

Martin has been a wonderful dog, he said. No behavioral problems at all.