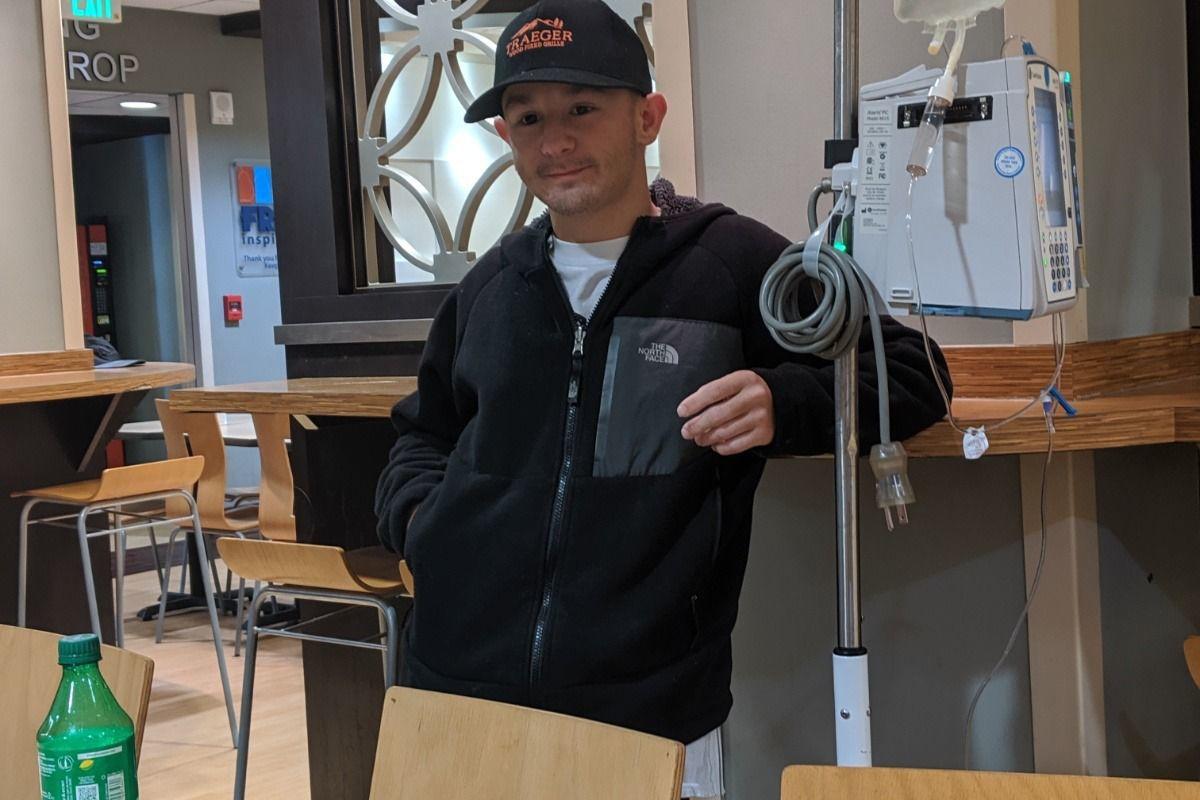 Ethan James Long has had 55 surgeries throughout his life, including the removal of a kidney at 18 months old. 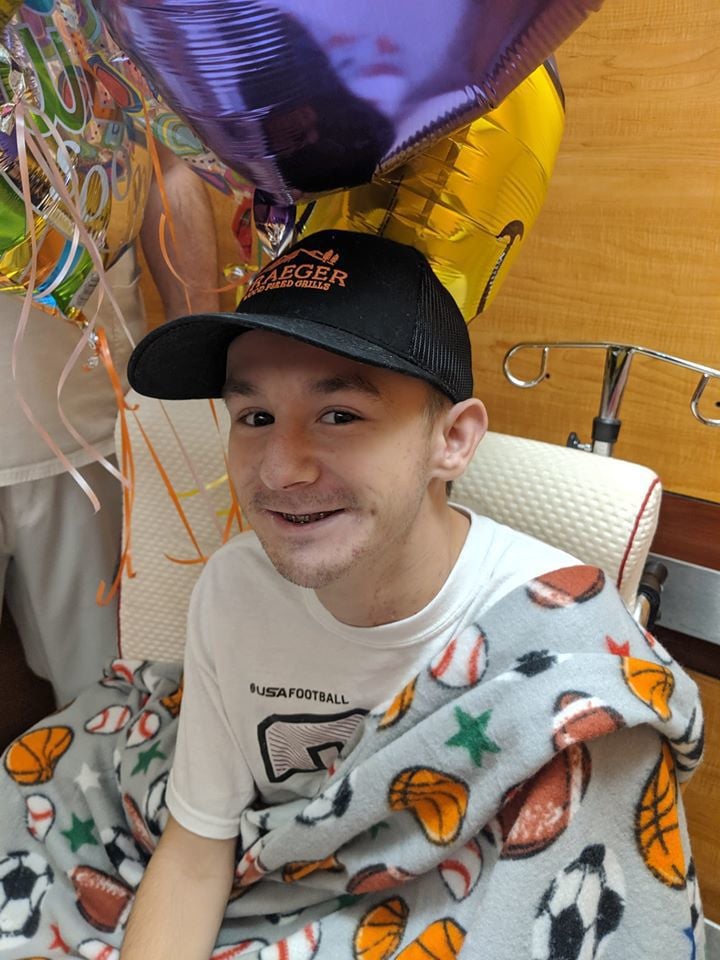 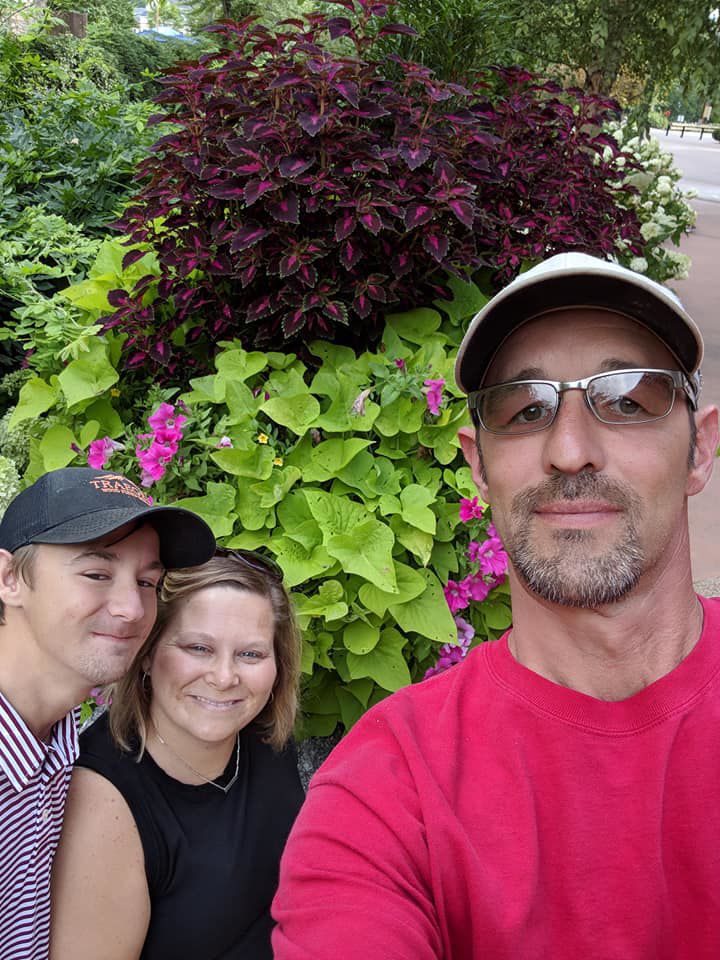 From left, Ethan, Kristi and James Long pose for a family selfie.

Ethan James Long has had 55 surgeries throughout his life, including the removal of a kidney at 18 months old.

From left, Ethan, Kristi and James Long pose for a family selfie.

Ethan James Long has endured 55 surgeries in his 17 years, the result of multiple birth defects including a nonfunctioning bladder.

At 18 months old, bladder complications led to his first kidney being removed. Other operations have ranged from bladder surgeries to cystoscopes. His latest surgery could help him play his favorite sports, baseball and basketball, like other kids his age.

“I try to make myself like other kids,” Ethan said, “but I know I’m not physically capable to do it.”

In July 2018, the Long family received concerning news when they found out that Ethan’s lone kidney had lost 10-12% function. His parents, James and Kristi Long, kept Ethan off dialysis by controlling his diet and going to monthly lab visits that allowed his doctor to closely follow his condition.

Their efforts bought Ethan’s kidney time, but after receiving news that his kidney was dying, he was promptly put through the transplant process. After meeting with the transplant team, they denied Ethan a transplant because they needed to repair his bladder first or risk damaging a transplanted kidney.

Ethan is now recovering from a bladder augmentation, which is a procedure that reconstructs the bladder by connecting it to a part of the small intestine, thus forming a stoma — an opening in the body — that can be catheterized. This procedure helps pull the urine off the bladder and reduce reflux. As soon as Ethan has recovered, he will be transplant eligible.

The next priority for the Longs is to have people tested to see if their kidney is a match for Ethan. The Longs had several donors register when Ethan first went through the transplant process, but after they found out Ethan needed bladder surgery they stopped the process to focus on that procedure.

The doctors’ timetable for a possible transplant would be about six months after Ethan’s three-month recovery from bladder surgery.

The Longs do have donor packets online that people can fill out and become registered. Donors have to monitor blood pressure, get regular blood work and other evaluations to ensure their kidney is healthy enough to be transplanted. The Longs’ doctor proposed that Ethan receive a kidney from a living donor, as opposed to from a cadaver, but the Longs will take what they can get, Kristi said.

Kristi and James can’t become donors because they have medical issues. To be a donor, you can’t be a smoker, suffer from diabetes, heart disease or high blood pressure. The Longs’ 20-year-old son, Nick, does fit the criteria of an ideal donor for Ethan, but Kristi is bothered by the thought of both her sons being in the operating room.

The decision to not involve Nick is one of many difficult challenges the Longs have faced regarding Ethan’s conditions.

“It’s hard. There’s good and bad days. Ethan just has a way about him, he just doesn’t let things get him down. He just has the biggest heart. He always has a smile on his face,” Kristi said. “It’s hard on mom and dad, but you do what you got to do as parents. We have to be strong for him.”

The Longs started a Facebook page called “Ethan’s journey to transplant,” which chronicles his journey through the transplant process, and he’s received a lot of support from the community.

“Ethan just has a way about him, you love to be around him,” his mother said.

Ethan is on dialysis because he had significant blood loss during his bladder surgery from scar tissue that formed after previous procedures. Doctors also discovered he was uremic — urea and other waste products build up in the body because the kidneys are unable to eliminate them — so they recommended dialysis three days a week as it would remove toxins and make the transplant easier.

The Longs will have to drive to Irmo for Ethan’s treatment because Greenwood doesn’t offer pediatric dialysis. There are training sessions available that teach parents how to administer the dialysis treatment themselves, but there is a monthlong waiting list. Kristi worked at a dialysis clinic in Abbeville for several years, so she’s familiar with the procedure, but she’s still required to go through the training to be able to perform the treatment at home.

Once Ethan is off dialysis, he’ll be ready to proceed, but the next step is dependent on finding a donor. Once a living donor is selected, they have to go through a screening process. The first set of required paperwork is sent through the mail, and other parts of the process can be completed locally, but at a certain point the donor will have to go to Charleston for a two- to three-day screening. They will have go through a litany of tests, including a behavioral health evaluation and around-the-clock blood work to ensure their kidney is a positive match.

To help donors go through the transplant process, James set up a GoFundMe page to help eliminate their travel expenses and cover the costs of pain medications they might need after the procedure. The Longs’ insurance will cover Ethan’s transplant and the donor.

Coronavirus cases are rising in 40 of 50 US states

After renovation, Hoops Hall ready to show off its new look

2 charged with trying to destroy Tillman statue in SC