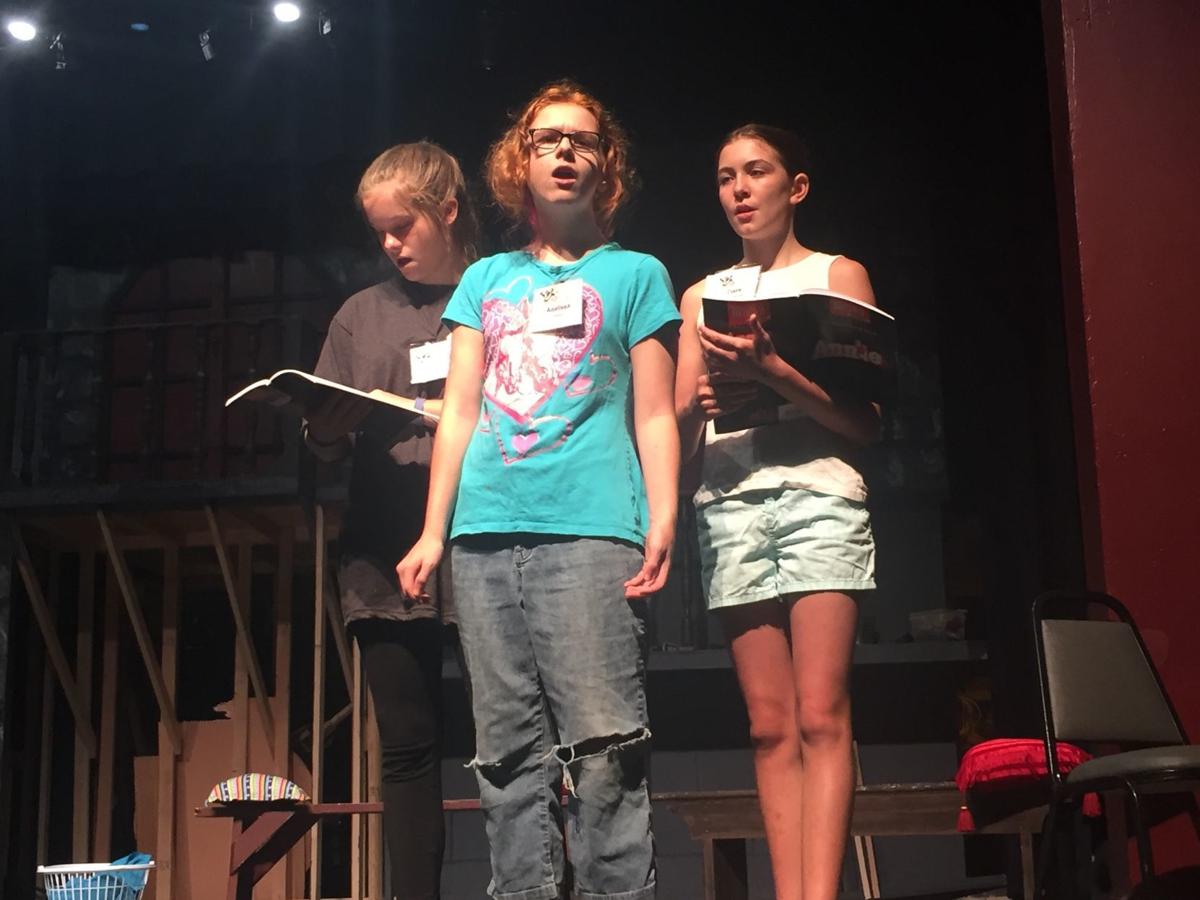 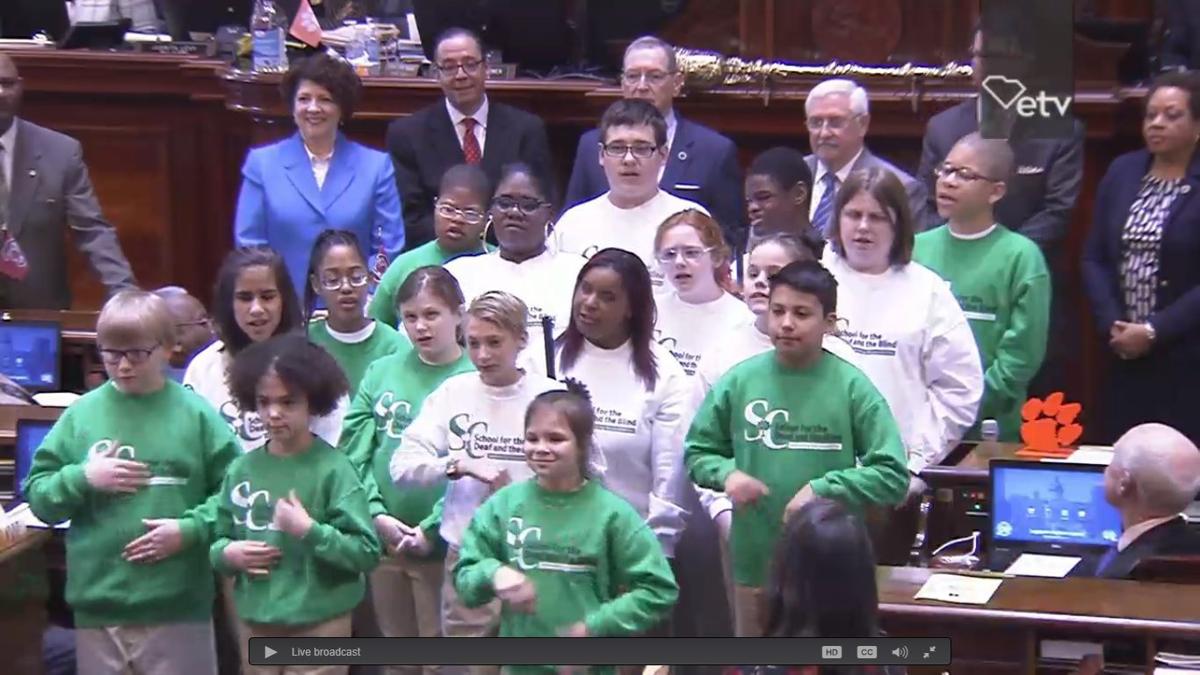 Adalissa Howard, center, with red hair, sings Tuesday on the floor of the state House of Representatives.

Adalissa Howard, center, with red hair, sings Tuesday on the floor of the state House of Representatives.

Whether on the Greenwood stage or Statehouse floor, Adalissa Howard knows how to carry a tune.

Fresh off her starring role in “Annie Jr.” in last year’s Penguin Project, the 14-year-old helped open Tuesday’s session for the state House of Representatives, performing two Alan Menken numbers with her peers from the South Carolina School for the Deaf and Blind.

“We practiced a lot, and it was exciting to sing in front of them all,” said Adalissa, a sixth-grader at the Spartanburg school.

With her enthusiastic spirit and cheery optimism, Adalissa is an ambassador of sorts. The three-time reigning S.C. Miss Amazing Junior Teen Queen, she has Bardet-Biedl syndrome, a genetic disorder that affects 1 in 140,000-160,000 newborns in North America and Europe.

Adalissa grew familiar with her new school after attending its summer camp for the past three years. She transferred full-time this year from Edgewood Middle School in Ninety Six.

“Here, a lot of kids have canes, so I don’t have to be the only one,” Adalissa said. “I like that everyone here has the same disabilities, and we can get along.”

Adalissa is one of 250 students who stay on the school’s Spartanburg campus — though it reaches nearly 1,500 statewide through outreach facilities in Charleston and Columbia.

It’s also one of 56 Arts in Basic Curriculum – or ABC – sites across the state. A cooperative initiative run by the state Arts Commission, state Department of Education and Winthrop University’s College of Visual and Performing Arts, ABC schools are unique in the depth of offerings they provide to students.

“Like I tell everybody, our standards are the same. The key is just making it accessible,” said Josh Padgett, fine arts coordinator at the SC School for the Deaf and Blind.

He said using arts as a means of expression is also critical to the school’s mission.

“The arts are great for kids to express themselves in other ways, and also to show what they’ve learned in academic subjects,” he said. “And it also helps them make connections.”

“She always works hard and is very motivated to do everything she can to learn her part, whether in music class or after-school chorus,” Page said.

Adalissa’s inquisitive nature — she’s an avid reader and dancer — contributes to her comfort level in front of large groups, she said.

“I like performing more than practicing. And I would like to go back,” she said of her trip to Columbia.