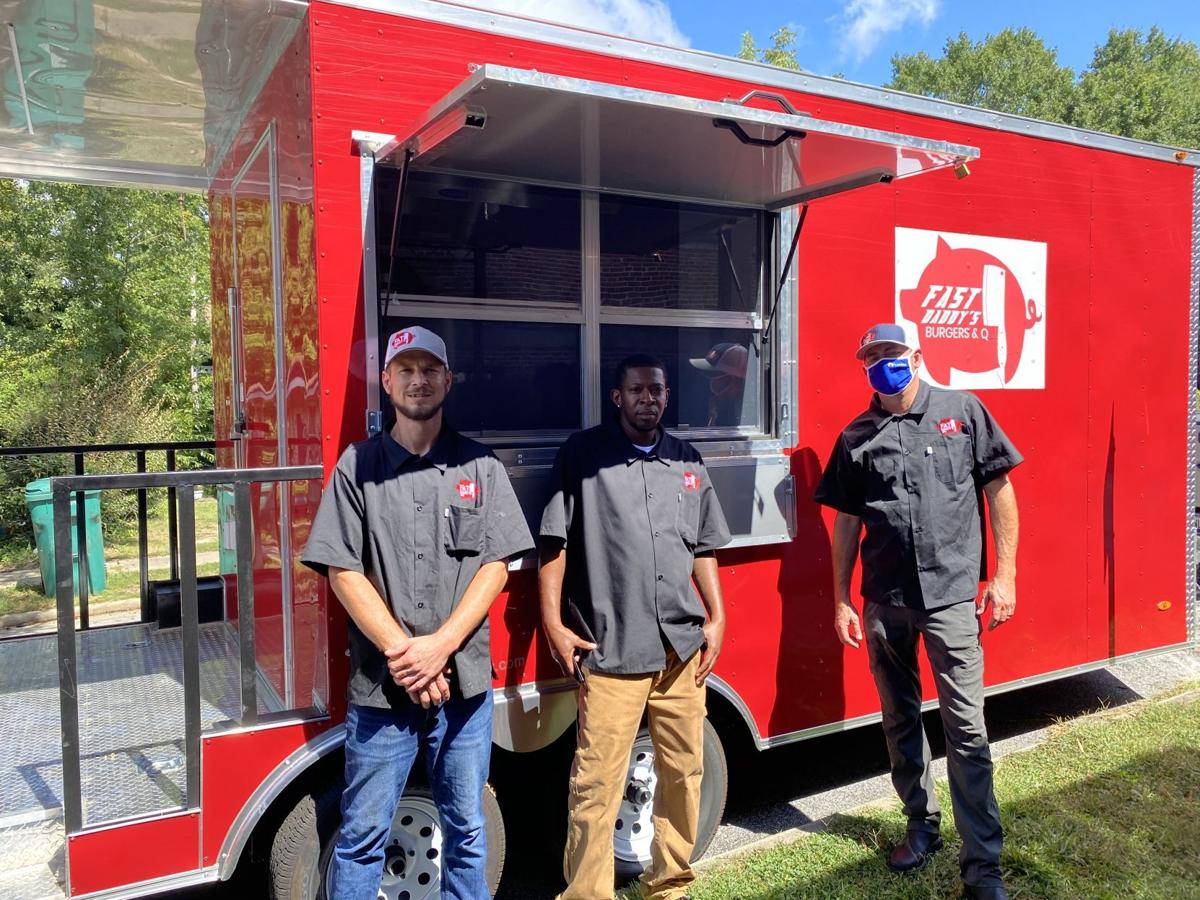 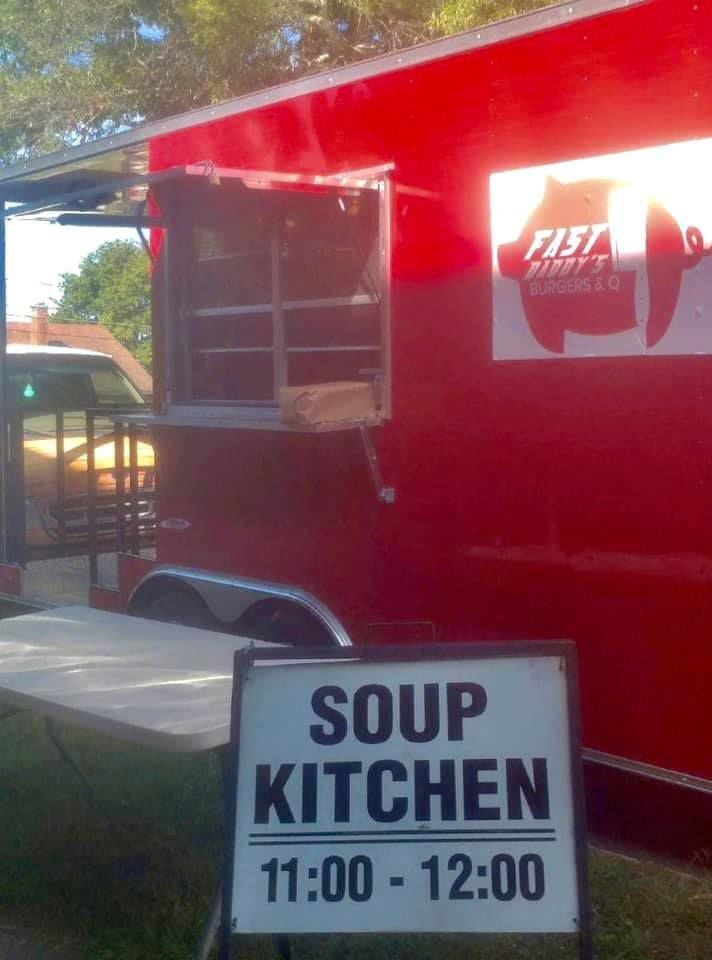 One hundred and forty patrons of the Soup Kitchen in Greenwood were met with a tasty treat Monday.

Chris Reeder, owner of Fat Daddy’s BBQ, pulled his new food trailer up to the Soup Kitchen and was ready to serve.

“We partnered with Sysco,” Reeder said.

He said Sysco, which is a food vendor for both his restaurant and the Soup Kitchen, donated the food for the event. He said Sysco donated a case of pork shoulders, a case of beans and three cases of coleslaw.

“We did all the cooking and serving,” Reeder said. “My employees volunteered their time today because we are closed.”

When the meals were over, Fawcett thanked Reeder and his employees.

“The Soup Kitchen very much appreciates what these guys do,” Norm Fawcett, chairman of the Soup Kitchen’s board of directors, said. “These guys are great, they help us out more times than we deserve.”

Fawcett said they normally serve about 100 at the Soup Kitchen. He said when people see the Fat Daddy’s trailer, more come out.

Reeder said he hopes other restaurants will step up and work with their food vendors on doing work for the Soup Kitchen.

“It’s pretty tough on them doing it every single day,” Reeder said of the Soup Kitchen. “I’m hoping through these times people will kind of step up more.”

This is the second time Reeder has been able to use his food truck. Last week, he used it to cater state Rep. John McCravy’s campaign event.

Sen. Graham's challenge: Fill a court seat and save his own