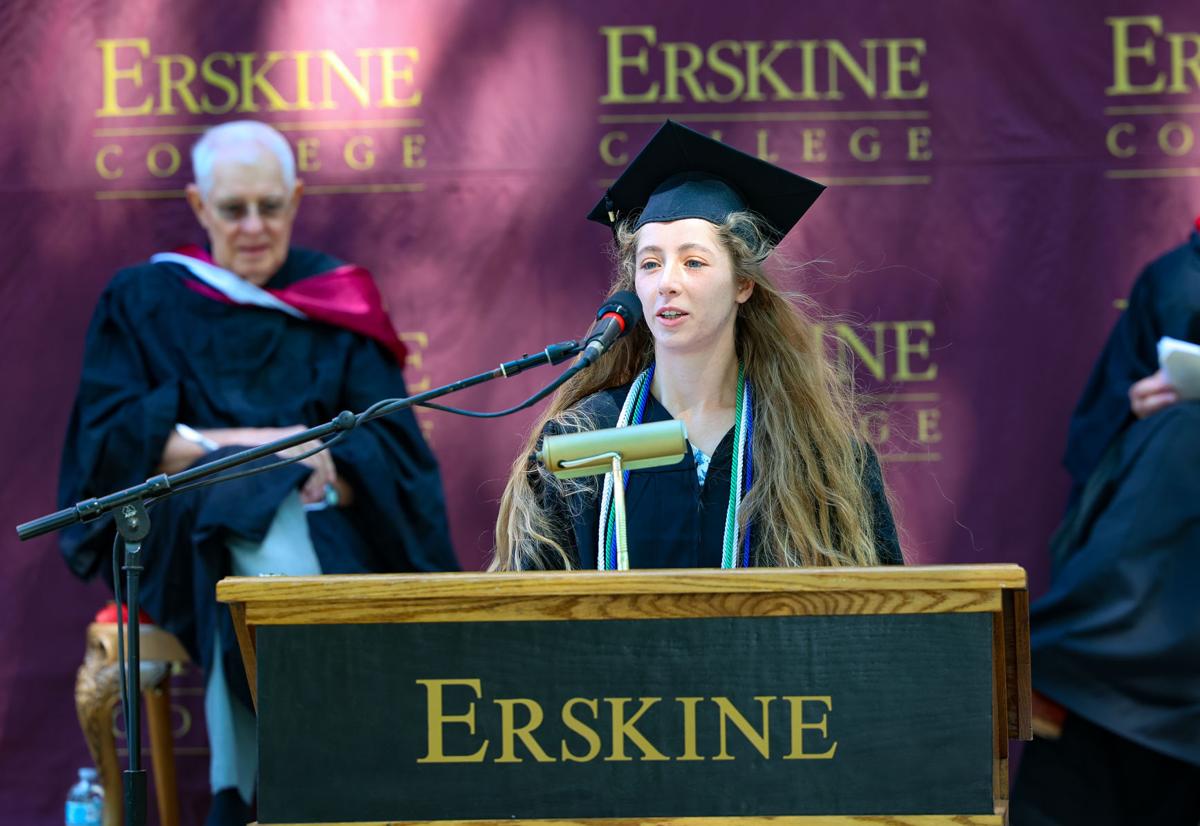 Rachel Bishop of Greenwood, the graduating senior with the highest grade-point average, introduces the commencement speaker on Saturday during Erskine College’s graduation. 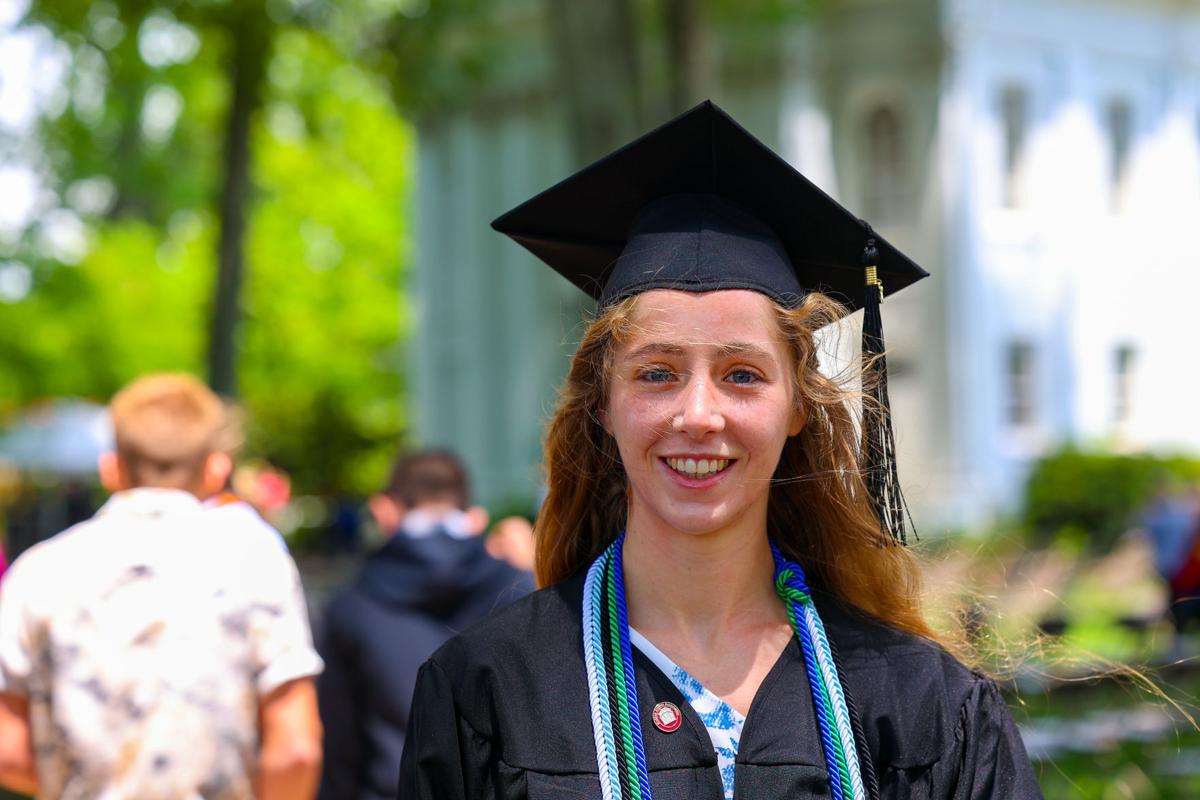 Greenwood's Rachel Bishop poses for a photo on Saturday after graduating from Erskine College in Due West. 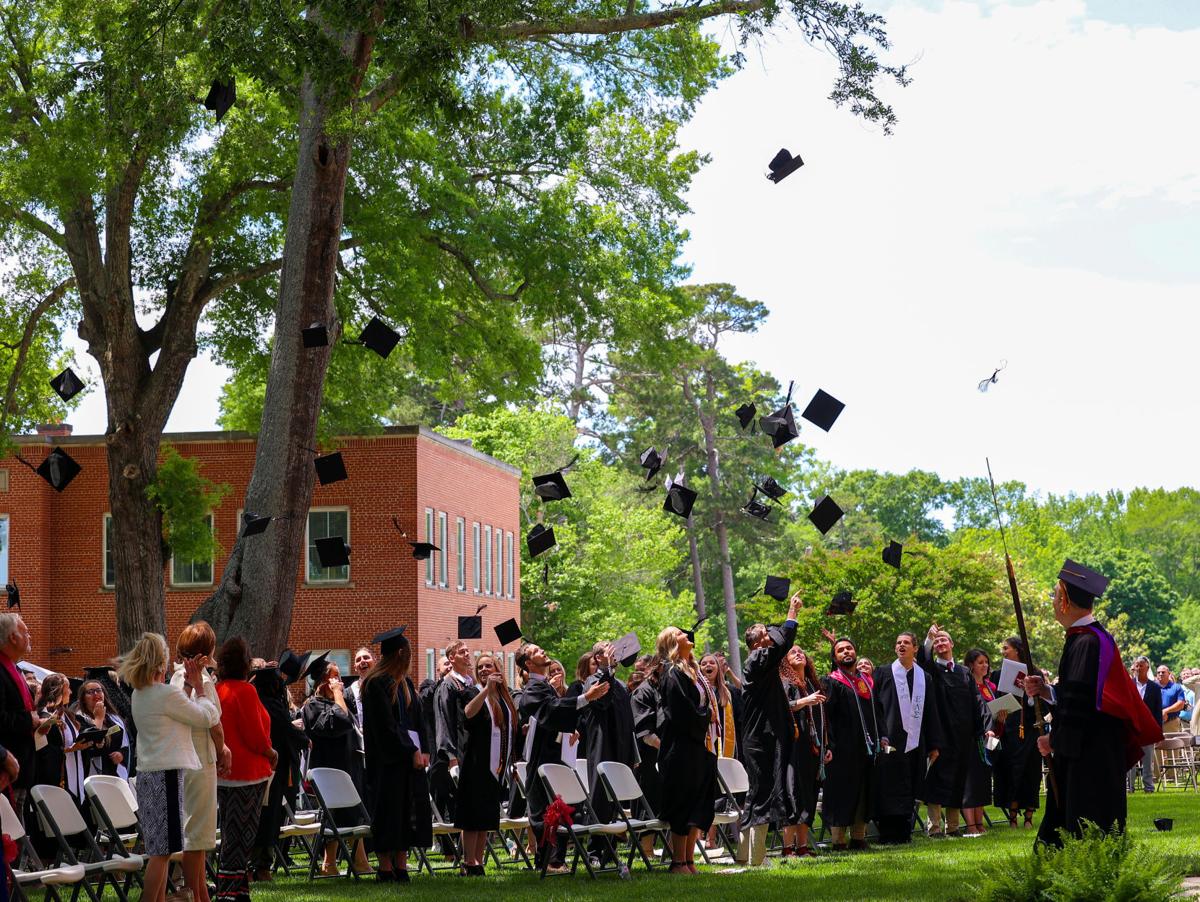 Erskine College’s newest alumni throw their caps into the air Saturday as part of graduation.

Rachel Bishop of Greenwood, the graduating senior with the highest grade-point average, introduces the commencement speaker on Saturday during Erskine College’s graduation.

Greenwood's Rachel Bishop poses for a photo on Saturday after graduating from Erskine College in Due West.

Erskine College’s newest alumni throw their caps into the air Saturday as part of graduation.

In a welcome return to tradition, graduates and their families gathered Saturday under the towers of the Erskine Building for Erskine College’s first in-person graduation since 2019.

Students from the college and seminary were honored during the outdoor celebration, in which an address was given by the Rev. Neil C. Stewart, pastor of Christ Covenant Church in Greensboro, North Carolina. A native of Northern Ireland, Stewart formerly served as a pediatrician in Belfast.

Outlining some of the views gaining ground in today’s society, Stewart said, “Many in our culture are saying that you are a biological accident ... that began as a fluke and ends up as fertilizer.”

This vision of human identity can be bleak, but some of its adherents would say that “you can have a lot of fun going from nothing to nothing,” finding pleasure in the moment, Stewart said.

The speaker told graduates he wanted them to avoid coming to the end of life and realizing “you’ve spent your life, your precious earthly life, pursuing all of the things that don’t matter.” People fall into this trap through self-deception, and he warned students against accepting four “lies about life”:

“The lie of more,” that life is about building prosperity.

Life is about security, especially securing prosperity, and this belief “can blind you to the fundamental insecurity of life” — one death for every person

Life is “about to go on for a very long time,” when death could claim them at any moment.

These lies are embraced by the rich man of whom Jesus speaks in Luke 12:16-21. This man, called a “fool” by God, builds bigger barns in order to hoard his great wealth, not realizing he is about to die. Introducing this parable, Jesus says plainly that life does not consist of the abundance of one’s possessions.

“We gain our life by giving it away — serving God, serving others,” Stewart said. “That’s the strange logic of the gospel.”

In his welcoming remarks, Erskine President Robert E. Gustafson thanked God for protecting the Erskine community during the pandemic.

“As the years unfold,” he said, “it will be exciting for the faculty and administration to watch your academic, cultural, community and spiritual accomplishments.”

The commencement speaker was introduced by the college senior with the highest grade-point average, Rachel Bishop of Greenwood.

Seminary awards for students included the Ray A. King Church History Award, given to Everard Reed of Asheville, North Carolina; the Bruce G. Pierce Award for Christian Leadership, given to Rodney Johnson of Madison, Wisconsin; and the D. James Kennedy Institute Award for Missions, given to Neel Skelton of Greenville.

Buffon extends career in return to Parma, his first club

Meet the scientist finding a cure for her own disease

Putin faces question about cyberattacks against the US