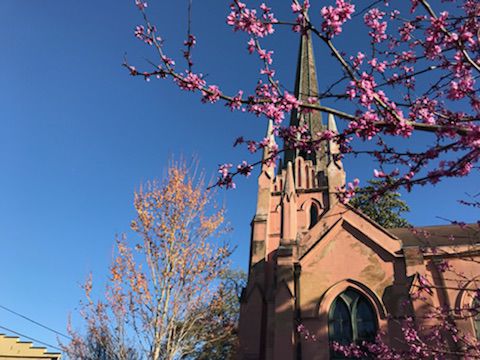 The condition of Trinity Episcopal Church's steeple has kept its congregation from worshiping there for about a year. 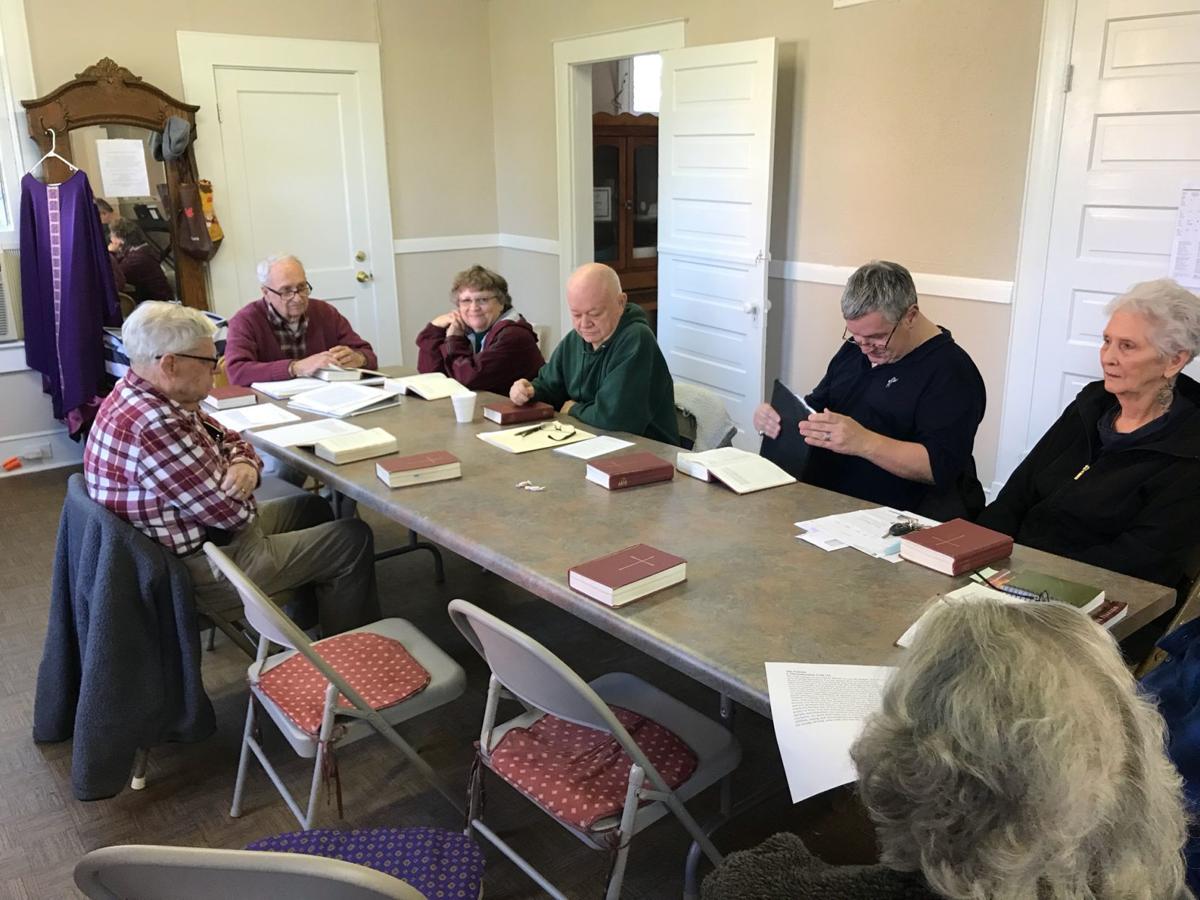 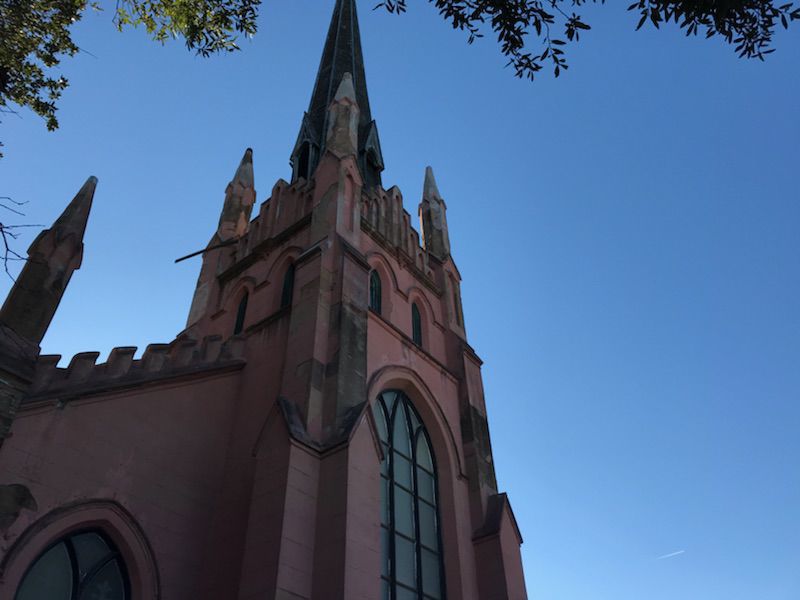 Trinity Episcopal Church, which was built 157 years ago, attracts visitors to Abbeville from around the state.

The condition of Trinity Episcopal Church's steeple has kept its congregation from worshiping there for about a year.

Trinity Episcopal Church, which was built 157 years ago, attracts visitors to Abbeville from around the state.

Through the front window of his house, Lewis Ashley has a clear view of the manicured grounds and looming pink steeple of Trinity Episcopal Church.

About three times a week, when he spots visitors roaming the church’s gardens or admiring its Gothic Revival architecture, he steps out of his house to tell them a little bit about the church.

Lewis has been a member of the 157-year-old church for decades, but for the past year, he and the rest of its 36-person congregation have been unable to worship inside of it.

A 2014 architectural assessment of the structure found the church’s steeple was unsound, and as its condition worsened, the congregation was forced to find a new place to gather.

While congregants work to restore the historic building, they meet for services at Sacred Heart Catholic Church down the street or around a folding table in the Trinity Church fellowship hall a few yards from the towering, pink building.

Ashley, who served as the church’s organist, has traded the pipes inside Trinity for a plastic keyboard that sits in the corner of the hall.

The church’s senior warden Cynthia Jefferies said it would cost between $500,000-$600,000 to fully stabilize the tower to allow entrance into the building and between $2 million-3 million to fully restore it.

“You can’t start a project like that unless you know you have the money in your hand,” she said. “You could get halfway through and if you didn’t have the money for it, someone would get mad at you. So we would never start until we have the money.”

Ashley said once the steeple is restored, he hopes the rest will follow.

“Once we get back in the church and visitors start coming back, it’s going to make fundraising much easier,” he said.

Jefferies said the small congregation and the church’s fundraising body, Friends of Trinity, are doing what they can to raise the money to save the historic church, but progress is slow.

They’ve attempted to secure grant funding for the project and in June, the church was selected as a finalist for a $250,000 Partners of Sacred Places grant, but nothing came of it.

Jefferies said most of the matches required for grant funding are too much for the church to meet anyway.

The congregation is trying to get creative in raising awareness for the church and its significance and within the next six months, plans to publish a children’s book.

The book, which Jefferies said will likely be titled “The Bishop is Coming,” was written by Tom Winn and several Abbeville artists are volunteering their talents to illustrate it.

“That’s already in the works and any money that we make from that will go directly to the restoration of Trinity,” Jefferies said.

Friends of Trinity has also created a website and Facebook page where supporters can donate, both of which Jefferies said have garnered funds for the rehabilitation.

Jefferies said the congregation is also producing a video which will include photos of the church’s interior for visitors who want to see inside.

“There have been some people upset when they come to visit Abbeville,” she said. “They’re always wanting to look at Trinity and inside the church, so that’s where we came up with the video, where at least if we had pictures of things and a video, at least they could see the inside and maybe, as time goes by, they can come and see it once it’s restored.”

For now, the future of the church remains uncertain. Until the money is raised and the congregation can return to Trinity, Ashley will continue to watch the church from his home, and speak with visitors who came to see it.

“A lot of these people have been coming for years and the don’t understand why it’s not open,” he said.

WHO says measures used against delta should work for omicron