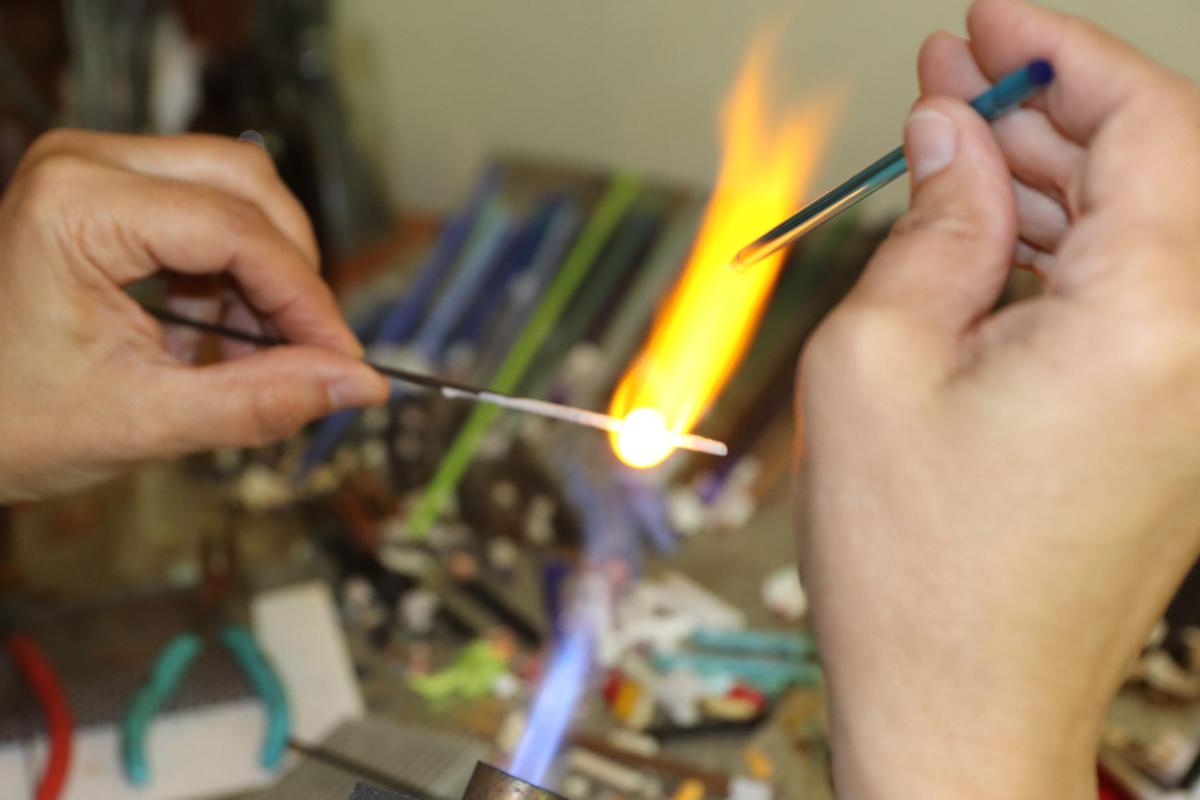 Lori Holloway applies a flame to glass tubes and spins the material to create a bead that can be used for necklaces, bracelets or other art. 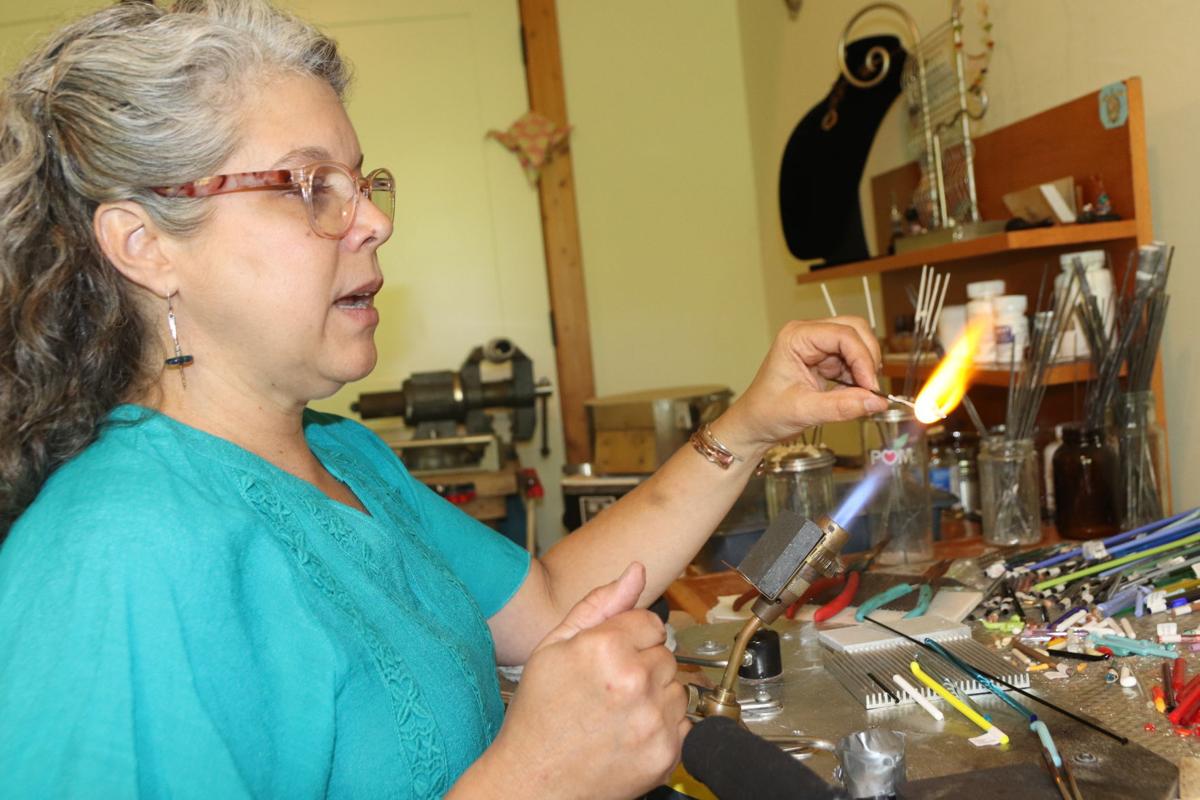 Lori Holloway works to create a glass bead she can use for a necklace, bracelet or other art. Holloway has a shop in her basement where she creates her designs, which are either commissioned or sold at Main & Maxwell in Uptown Greenwood. 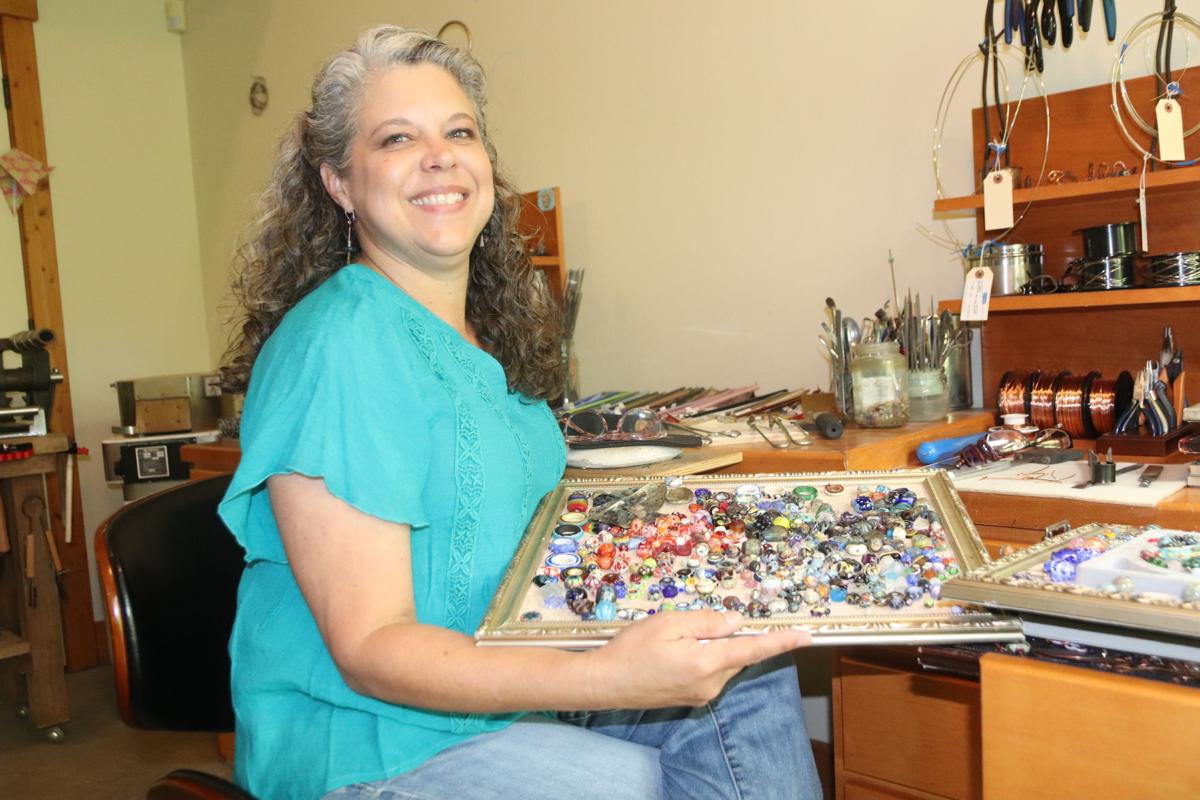 Lori Holloway displays some of the glass beads she has made for various projects, including necklaces and bracelets. 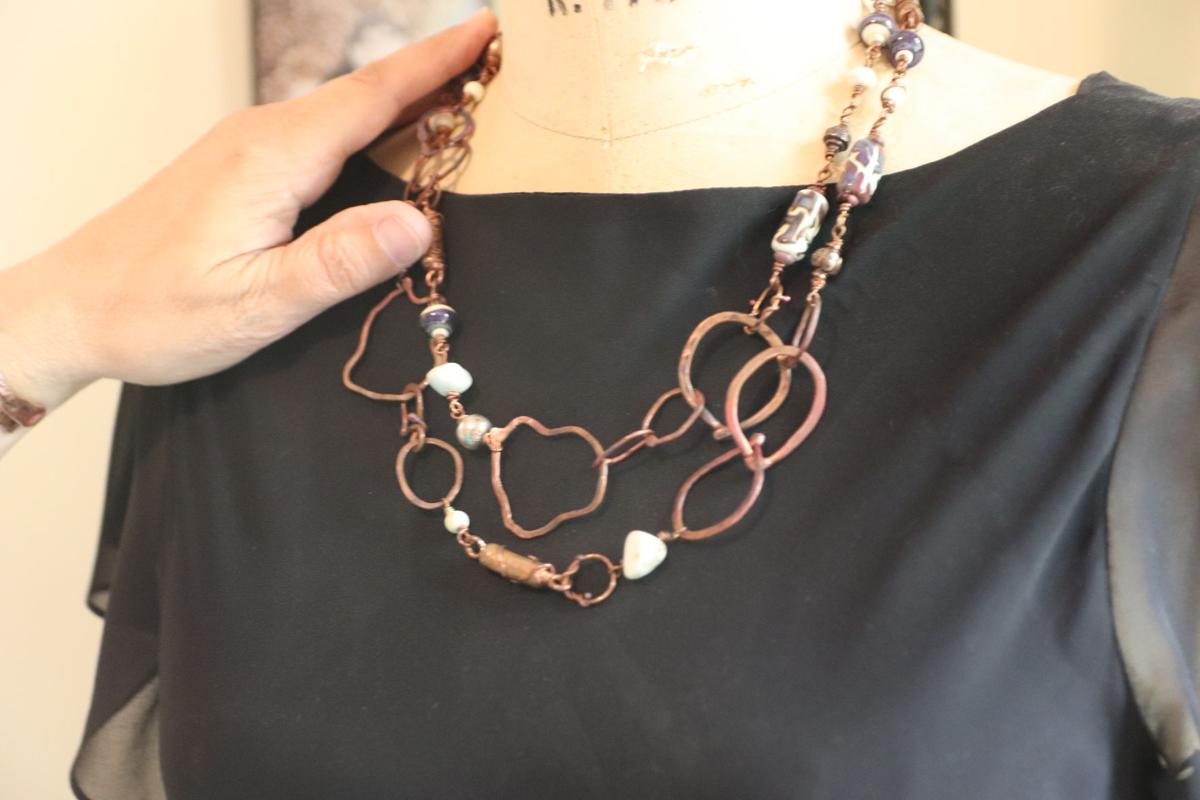 Lori Holloway shows off a copper and glass bead necklace she made. 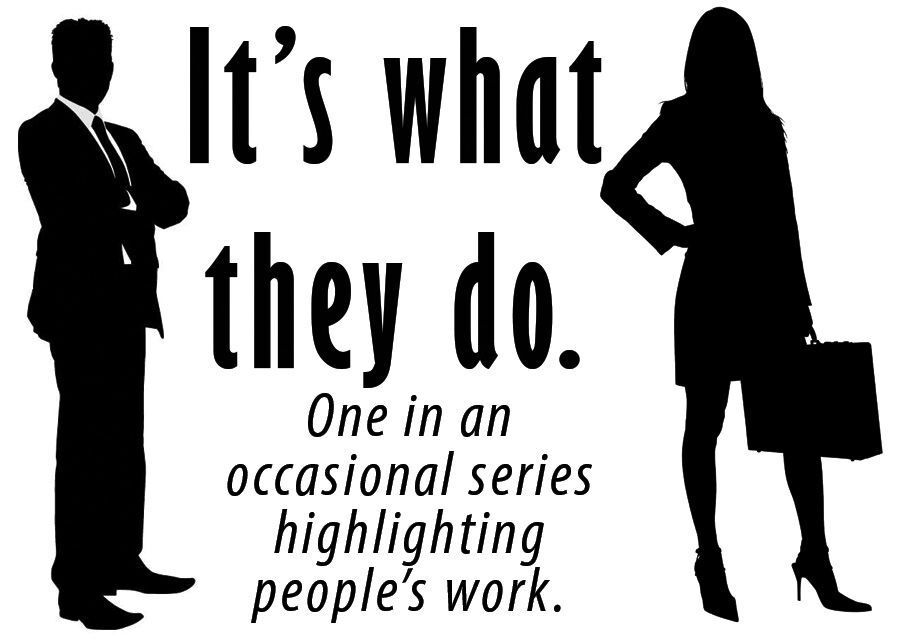 Lori Holloway applies a flame to glass tubes and spins the material to create a bead that can be used for necklaces, bracelets or other art.

Lori Holloway works to create a glass bead she can use for a necklace, bracelet or other art. Holloway has a shop in her basement where she creates her designs, which are either commissioned or sold at Main & Maxwell in Uptown Greenwood.

Lori Holloway displays some of the glass beads she has made for various projects, including necklaces and bracelets.

Lori Holloway shows off a copper and glass bead necklace she made.

Her husband, Jon, is a professional photographer in Greenwood. They look at things differently.

“Jon and I joke because we can walk through the woods, and he says I always see the little world,” Lori said. “He’s looking at these big landscapes. I’m looking at the mushrooms.”

Deep inside their home, in a small basement room, Lori fires up a blowtorch and starts spinning tubes of glass to make beads for jewelry and other art.

“Making these tiny little pieces of art — these little beads that I make — something about it stuck,” Lori said.

Lori took a single three-hour class on lamp-making 17 years ago while working as a nurse. She had no idea that one day she would devote her time to creating commissioned art or art that is sold at Main & Maxwell in Uptown Greenwood. She also offers her art on Facebook at Facebook.com/LoriHollowayLampwork.

“I was terrified when I took that class,” Lori said. “This was kind of just a little hobby. I set up my torch on the kitchen table after I took the class and just made beads.”

She was sitting in front of a big bowl of her handiwork one day.

“Jon finally looked at me and was like, ‘What are you going to do with all of those?’” Lori said.

She had no idea, but said, “I guess I need to learn to make something.”

There was no YouTube at the time to scour for instructional videos, so she turned to books and became self-taught.

At her work desk, she uses one hand to hold a steel rod called a mandrel. In the other hand, she applies various colors of glass tubes to the mandrel and spins the melting glass to create a bead. If the bead touches the cold table after it is torched, it can break; so, she often puts the bead that’s on the mandrel in a kiln so there is a cooling-down period.

“It’s very meditative,” she said. “The actual melting of the glass, you can get mesmerized by watching the interactions of the colors. There are so many new colors being made that I can’t keep up with what’s out there. You don’t even know what the reaction is going to be between colors until you try it.”

She also works with copper in creating jewelry or other art. She buys copper tubing or wire, heats it and fashions it however she desires.

“I made my first few copper pieces and liked the way they looked,” Lori said.

Sometimes she doesn’t know what creations will emerge, and that’s somewhat of an exciting thing for her. Some colored glass can change colors after it goes under the torch.

Years ago, when she first started, she made simple necklaces with wire for about a year, but she had no idea what to do with them. She went around to shops in Greenwood and asked if she could put her wares on display.

“In working with her, I started adding more and more to the strand,” Lori said. “She would say that she had these styles coming in this spring. ‘Come look. Come look at the colors. I want you to make some pieces,’” Lori recalls Sorrow saying. “It was gaining traction.”

She started getting a few commissioned pieces because someone would buy an item, such as a necklace, and might want matching earrings or a bracelet.

Lori then sold her items at the Alcoves before Jon purchased the building next door to his photography studio in Uptown. Jon decided to create artist studio space there, and Lori began working in one of the 12 studio spaces. It was a time of growth for her as an artist. She left her nursing job and committed herself fulltime to her art.

“It was a hard decision (to leave nursing),” Lori said. “My daughter was at that age where I felt like she needed me as a mom more than they needed me as a nurse.”

Being around other artists was inspirational.

“The other artists, we would bat things back and forth,” Lori said. “We had another jewelry artist at the time, and she would come in and look at things. At that point, I was doing things symmetrically. She walked in one day and said, ‘You need to make that one asymmetric.’”

Lori told her she couldn’t do that, and the woman told Lori to try it anyway.

“I played with it and played with it and actually came up with something asymmetric,” Lori said. “But there’s a balance to asymmetry. The artists would bring things to each other. Painters would come to me and ask me what I thought about certain colors. That was fun and would challenge you to think outside the box. Having other artistic eyes looking at something was great.”

After the studio business declined because of the economy, Lori moved her business to Uptown Pizazz. Lori eventually took her business to the basement at her home. She now keeps Main & Maxwell in supply, and Lori said owner Laura Bachinski is good about informing Lori about product demand.

“Usually, I just create,” Lori said of her artistic process. “If there is a day I’m going to make earrings, I make earrings. Some days I’m not on it at all.”

Lori said there is something special about buying locally made jewelry and art pieces compared to mass-produced items.

“If they watch you do it, there’s like a connection with that artist,” Lori said. “Having something that is handmade makes it more special. People also like to have something unique, that’s one of a kind.”

Mitch McConnell: '100% of my focus is stopping' Joe Biden

He was at the Capitol riot. Now he's tallying Arizona ballots

False stories on vaccine are rampant in an unexpected place