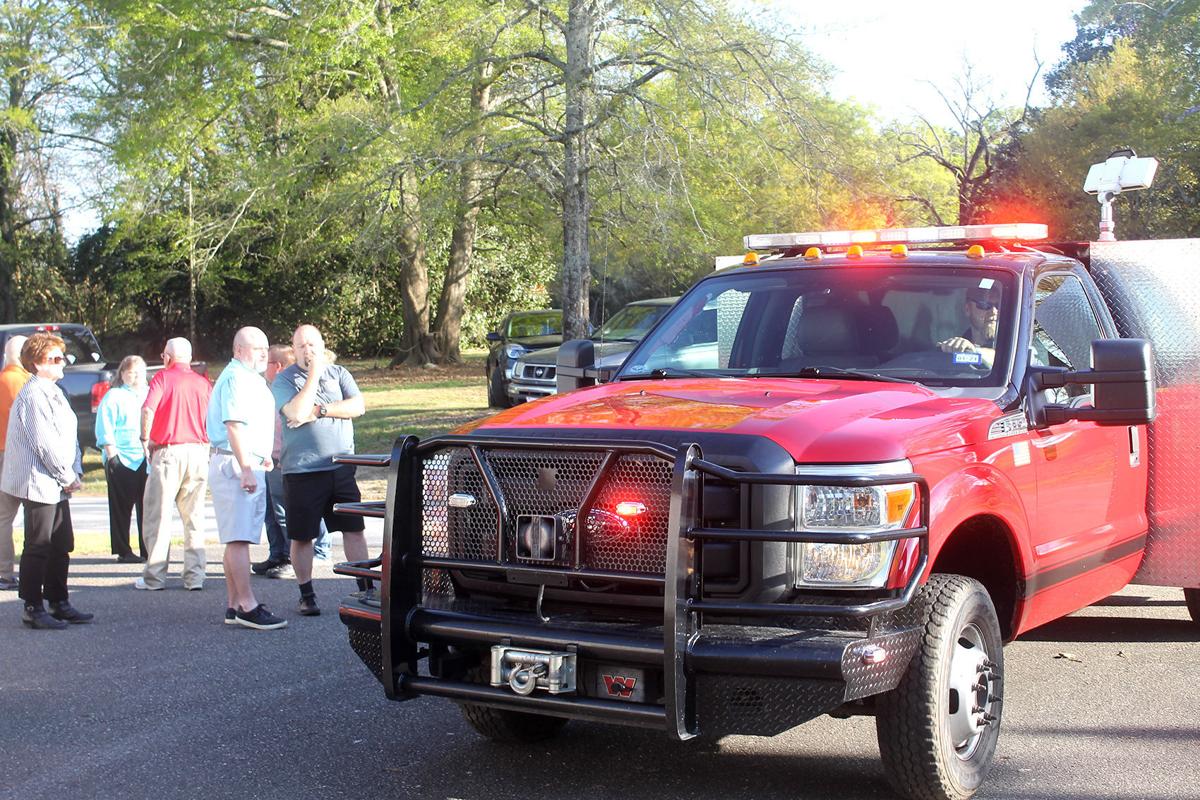 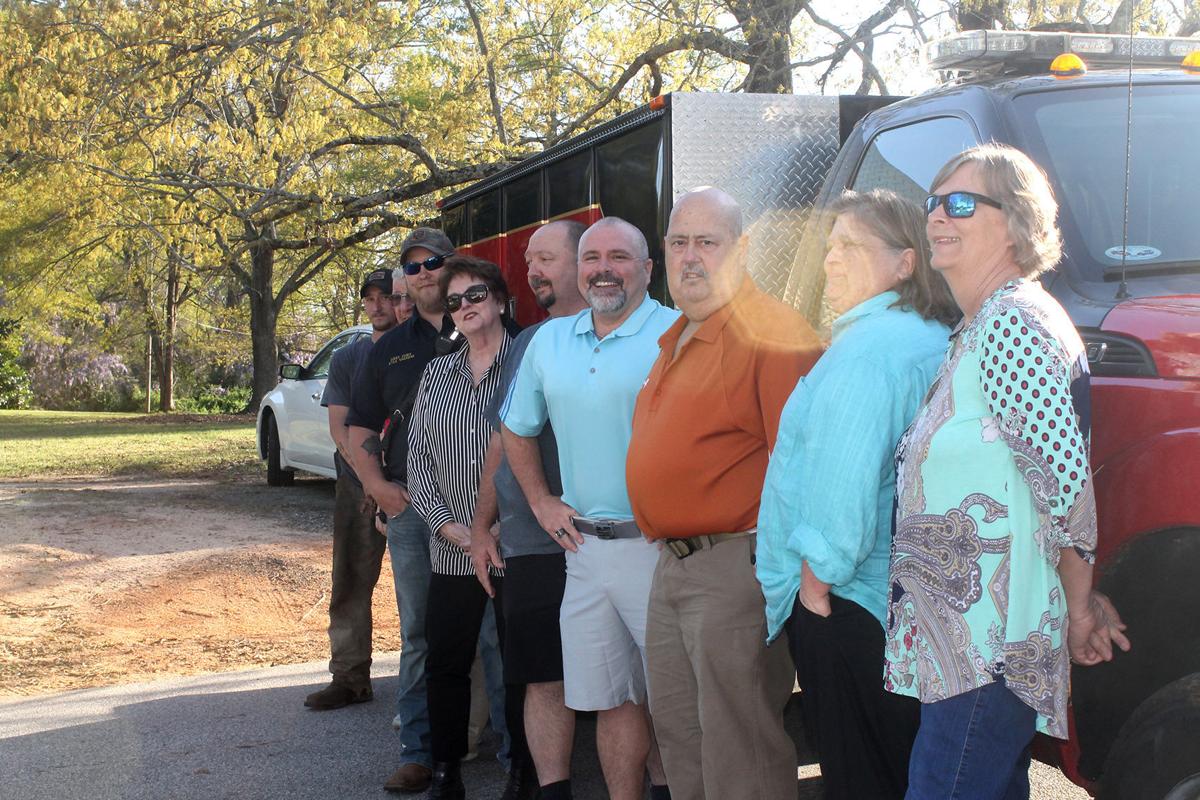 DONALDS — Town officials got a first look at a new first responder truck that will expand the capabilities of the town’s fire department.

The vehicle is a 2011 F350 4x4 mini-rescue truck, according to Ronnie Vaughn, the fire department chief. Several pieces of equipment will be added to the vehicle, including cribbing, which is used to stabilize vehicles involved in accidents. The vehicle should be in service within three weeks.

Most of the equipment is already owned by the department and will be transferred to the new vehicle. Lettering to identify the truck also is needed. Vaughn promised to return the vehicle for public view when all the work is done.

The vehicle was purchased from a station in Silver Springs, Texas. Vaughn said he and assistant chief Clay Martin traveled to Texas to inspect the vehicle, then drove it back to Donalds.

It cost a little more than $30,000, according to Mayor William Kennedy. Vaughn said $7,000 of the expense came from the town.

He lauded the town and the council for their support with fundraising projects and financing. Kennedy reciprocated, saying that most people couldn’t put in all the time the volunteer firefighters put in. The number of hours they put in is astronomical.

The truck is in good shape and it will be used for years, Kennedy said. It will be well worth its time and energy. “We’ll get our money’s worth out of it.”

“This is going to benefit the entire 50 square miles we cover, along with backing up other departments,” Vaughn said.

The department has never had a vehicle like this, Vaughn said. It will be used for extrication, first response and basic hazmat incidents, such as small gas and oil spills.

All the department’s firefighters are already certified to handle such emergencies.

Council passed second reading of an ordinance meant to address the lack of maintenance on recreational vehicles. In some instances, people are living in RVs, which have water, electrical, even sewage hook-ups, according to William Scoggins. Not all RVs are being maintained.

It’s an aesthetic issue. Such sites are detrimental to the town and property values. The issue also ties into property care, such as derelict vehicles. Such properties are havens for pests such as rats and snakes. Scoggins said people contact him nearly every other day about the issue.

Donalds isn’t alone facing this problem. It’s amazing how many communities deal with it, he said.

A goal is to hire a codes enforcement officer who will have the authority to issue citations and write tickets, Scoggins said. The officer will not have authority to make arrests. A third reading of the ordinance will be discussed at next month’s council meeting.

Vaughn discussed a grant program the department has applied for. Up to $30,000 could be available. If the town gets an award, it can purchase a cutter/spreader, he said.

The town is seeking funds from the Be Safe grant program to purchase a second Jaws of Life, Vaughn said. Word on the application’s status should be received this month.

Councilman Millie McDonald wanted to know if the town will get a share of federal stimulus funds and whether money would be available for a drive-thru vaccination clinic. Some attendees mentioned that they have traveled to Abbeville to get the vaccine.

Kennedy presented a state publication containing an article regarding funds available to build and/or rebuild city hall buildings. Copies were presented to council members. Kennedy said the information might be useful. During his campaign for re-election last fall, the condition of the town hall was one of the issues Kennedy said he wanted to address.

Council passed second reading of the town budget. Revenues are estimated at $97,420. According to Terri Stone, clerk to council, the budget is $6,000 larger than the previous year’s budget.

Council members acknowledged a heavier law enforcement presence in the town. They encouraged people to call 911 if they witness any crime. One example mentioned during the meeting revolved around instances of reckless driving in the town limits. Sheriff Ray Watson was lauded for his response to the council’s concerns.

Feds consider how to respond after verdict in Chauvin trial

Gupta on Covid-19: It doesn't seem to transmit well on surfaces