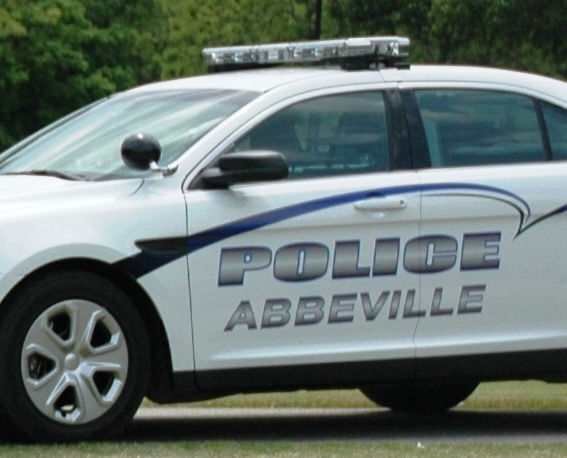 While a man stood at the Abbeville Police Department waiting to tell deputies his car had been stolen, police said two men were being arrested after crashing his car a few miles away.

Abbeville police met early Friday morning with a man who was able to identify the man who stole his vehicle at gunpoint, a report said. The man told police the robber and a group of others were standing at a Virginia Drive address when the robber pulled out a handgun, pointed it at the man, grabbed him by the shirt and demanded his car keys.

While the man was filing his stolen car report, police learned that state Highway Patrol troopers and Greenwood police had chased the stolen vehicle into Abbeville County, where it crashed along Long Cane AME Road.

Abbeville investigators went to the scene of the wreck, where Greenwood police had two men in custody, the report said. Greenwood officers were running a safety checkpoint Thursday night on New Market Street when the stolen car drove up, but turned around and sped off. Officers chased the vehicle until it wrecked, and one of the three occupants managed to escape on foot.

Officers recovered two handguns and a rifle from the vehicle, the report said, and returned a cellphone found in the car to its owner.

De’Andrevious Ke’Vante Williams, 20, of 403 Orange St., Abbeville and Kobe Ahmad Young, 19, of 506 Branch St., Abbeville were arrested following the chase. Williams was charged with driving without a license, unlawful carrying of a pistol and failure to stop for blue lights and siren, while Young was charged with unlawful carrying of a pistol. Officers are still working to identify the third suspect.