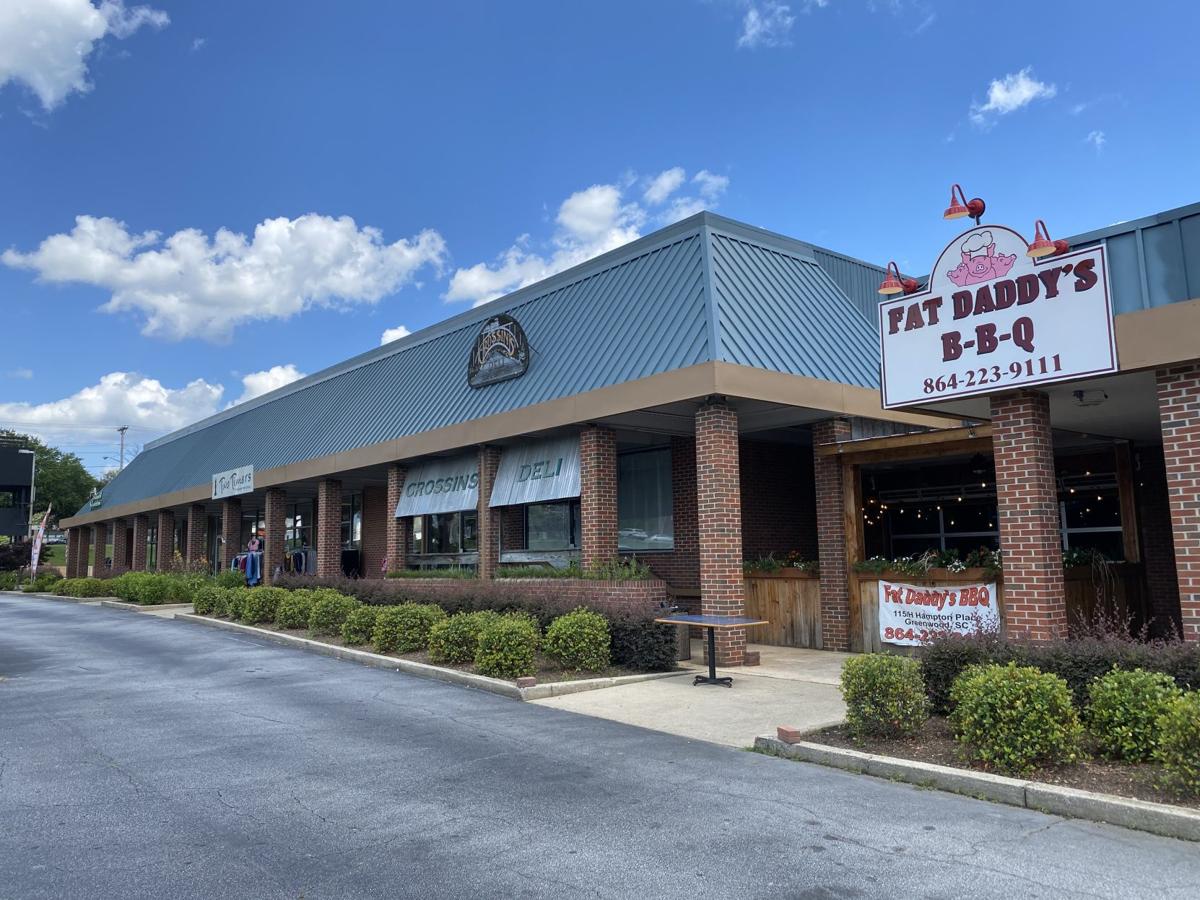 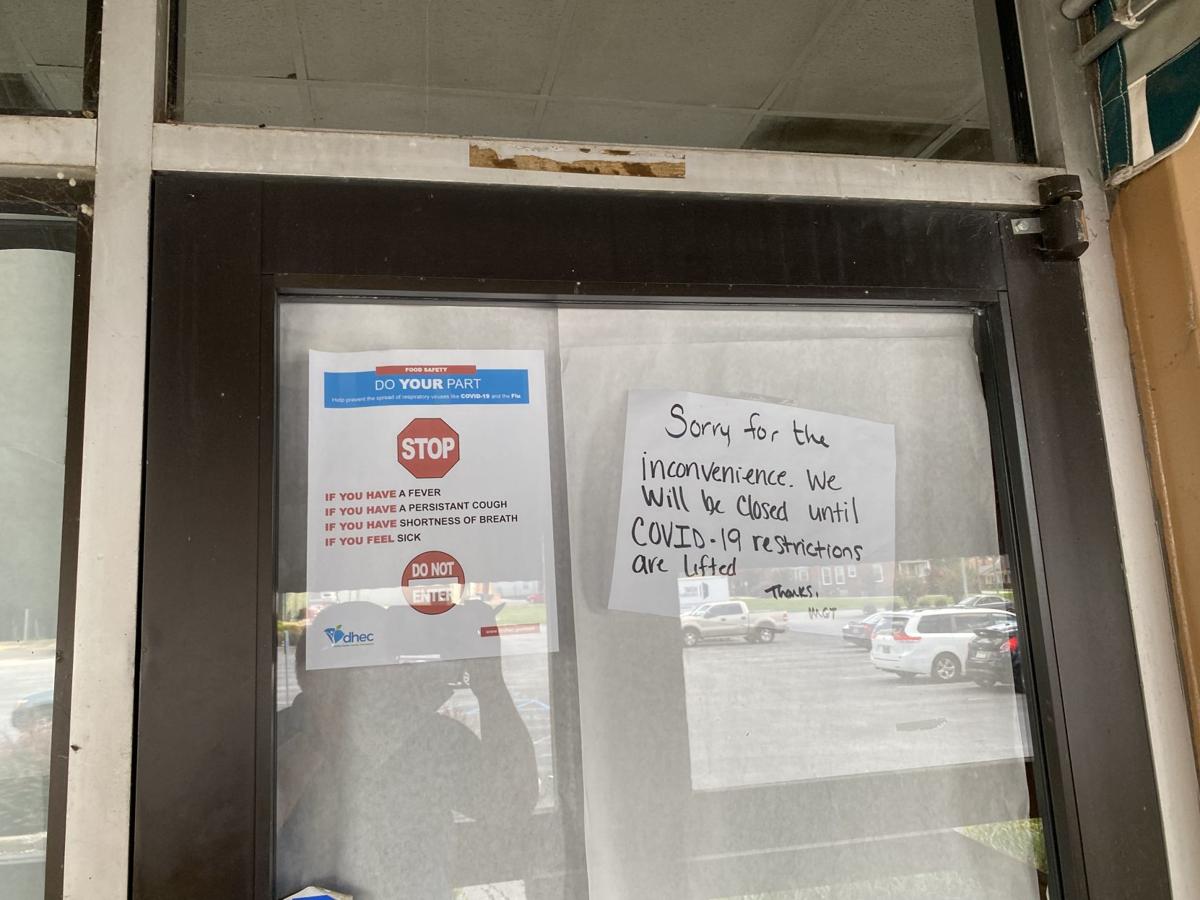 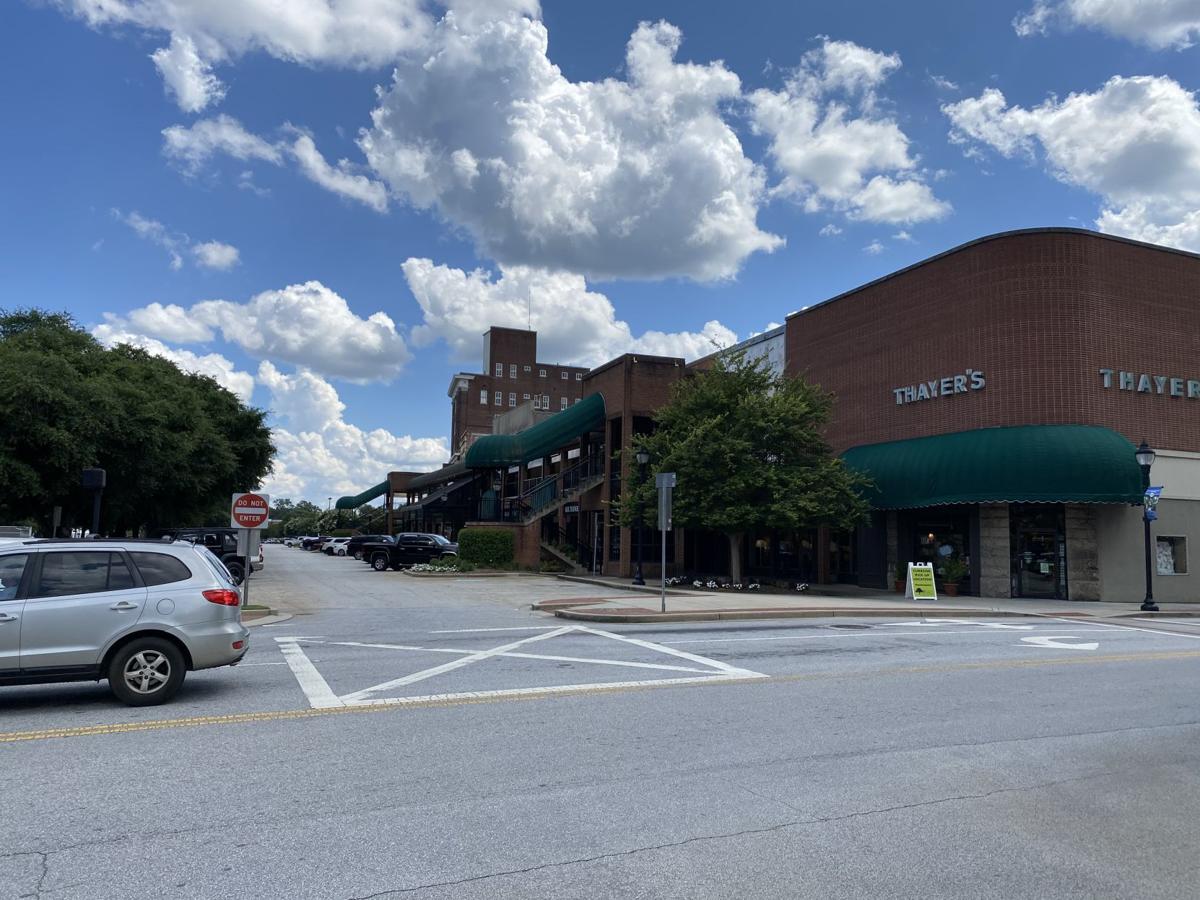 “I want for people to feel comfortable,” Tucker said.

Tucker said most of the customers on Friday that came into her store were not wearing masks.

She, along with other business owners in Uptown, didn’t feel like the mask ordinance will drive business into the county, where there is no mask mandate.

“I don’t feel like it is a disadvantage,” Tucker said. “Uptown is unique.”

“I don’t see that this is going to be a disadvantage,” Clements said. “I think this is probably what it’s going to take to get this under control.”

Clements said it would be a better scenario if the county made a similar move to level the playing field.

For Jessica Pinson at Sweet Teas Children’s Boutique, how the community fares during this time is a concern.

“Most of us want to do what is right,” Pinson said. “Anything we can do to take care of the community.”

She said there will be people who don’t want to shop wearing a mask but options such as her online store and curbside pickup are still available.

For restaurant owners, new challenges have emerged with the city’s mask ordinance.

“I was personally panicking,” said Buenavista Cuban Café owner Niria Abadia. “This is family-owned and operated.”

Abadia was first concerned about whether her children, who are often at the restaurant, would be required to wear masks.

The city’s mask ordinance does not require children 10 years old and younger to wear masks.

She said she bought a case full of masks to offer customers who did not have a mask to wear. She also said she isn’t worried about losing business during this time.

“I think the types of customers that we get are not going to stop supporting because of the mask,” Abadia said.

“I would think that people who want to come here would put a mask on,” Reeder said.

Reeder said his concern was kitchen staff being required to wear masks because of the heat in the kitchen. But he said the restaurant would be complying with the order.

“We want to protect our guests,” Reeder said.

Next door at Crossin’s Deli, a paper that covered the windows and a sign on the door announced that the restaurant would be closed until COVID-19 restrictions were lifted.

“The sooner we can get this all dealt with, the better,” Tony Wideman, owner of T.W. Boons said.

He said he and his employees will follow all available guidelines and requirements.

Out on the Bypass, restaurants were also committed to follow the ordinance.

Red Lobster said it would also comply with the mask ordinance and require all team members and guests to wear face coverings.

“If a guest prefers not to follow the local mandate, we will not be able to serve them in restaurant,” said Samantha Bruno, communications manager for Red Lobster.

Bruno said Red Lobster To Go is an option for those who do not wish to wear a mask.

Map of the City of Greenwood

A map of the city limits of Greenwood can be accessed here:

I appreciate the level of interest from the community today in our council’s unprecedented decision-making process with regard to the mandatory use of masks. I would also like to thank our friends from Self Regional for their insight into the coronavirus situation on a global, national and (especially) local level.

I am not interested in being a spokesman for the anti-mask movement because I believe in wearing masks in certain situations to protect those that we know to be vulnerable to the coronavirus. I did not cast my vote to make some grand political statement. My job is to ask questions so that we understand the precedent that we are setting with this vote. I simply believe that we should fully understand the implications of our laws and that our laws should be both logical and have as minimal an effect as possible on businesses and individuals. Further, our goal should be for our laws to be enforceable and not strain our already stretched law enforcement resources. I supported an ordinance mandating masks in grocery stores and pharmacies under the theory that the most vulnerable that we seek to protect have no choice but to visit those establishments in order to survive. In those situations, I feel like the rights of some not to wear a mask infringe on the rights of others to live a healthy life.

Hopefully, this ordinance will help to stem the rising tide of cases in the City of Greenwood. We are dealing with a novel virus that we must take seriously, especially as it affects the elderly and others with underlying conditions. I am encouraged though that, as the number of cases increase, our death rate remains relatively low. I am also optimistic about the prospect of our children returning to school this Fall after reading the opinion of the American Academy of Pediatrics. Our school board also has a difficult job, but I trust in our educational leaders to weigh everything we know and make an informed decision.

We stand ready to answer any questions you may have regarding this emergency ordinance. I pray that we can use this as an opportunity to show the best in humanity that the City of Greenwood has to offer and move past divisiveness.

On Thursday morning, Greenwood City Council voted 5-2 on an emergency ordinance to require masks to be worn in retail and restaurants in the city.

How council was able to pass this ordinance without it being read twice, as is the procedure normally, is found in South Carolina law.

S.C. Code of Laws Section 5-7-250(d) gave council the authority to convene an emergency meeting and enact an ordinance by an affirmative vote of at least two-thirds of the members of council present.

Also, S.C. Attorney General Alan Wilson said in a statement in late June that these types of ordinances are legal under the doctrine of Home Rule, where the power to govern local matters rests on the local government.

Mayor Brandon Smith said at the meeting that he was concerned about the precedent this might set. He ultimately voted against the ordinance which will go into effect 8 a.m. Monday.

"I did not cast my vote to make some grand political statement," Smith said in a statement late Thursday. "I simply believe that we should fully understand the implications of our laws and that our laws should be should be both logical and have as minimal an effect as possible on businesses and individuals."

Smith, who is an attorney, said he supported mandating masks in grocery stores and pharmacies.

Since access isn’t the problem anymore, state health officials are instead focused on convincing people to get vaccinated against COVID-19, State Epidemiologist Dr. Linda Bell said.

As vaccination rates rise, masks come off for some

Smiling faces are back.

Vaccine providers seek to bring doses to where people are

Getting your COVID-19 vaccine should be convenient — from drive-thru vaccinations and vaccines at the grocery store to getting a shot while getting a check-up, vaccine providers are looking to make vaccinations as easy as possible.

DHEC prepares for vaccine use extending to younger people

Soon children age 12 and older might be able to get the Pfizer COVID-19 vaccine, and state health officials said they've been getting ready for this development.

Students, parents and teachers can get vaccinated this week at Greenwood or Emerald high schools, according to district officials.

Nadal, Osaka both out for Wimbledon; she'll go to Olympics

US to spend $3.2B on treatments for COVID-19, other viruses

Black community has new option for health care: The church

The ESPYS returning to New York, Anthony Mackie to host

SC virus committee to offer ideas for $2.5B in pandemic aid

Column: A different US Open than imagined at Torrey Pines

In Argentina, pandemic exacts a heavy toll on tango culture

In Argentina, pandemic exacts a heavy toll on tango culture

'Me and my sister were best friends'

Who are the Cyber Ninjas?