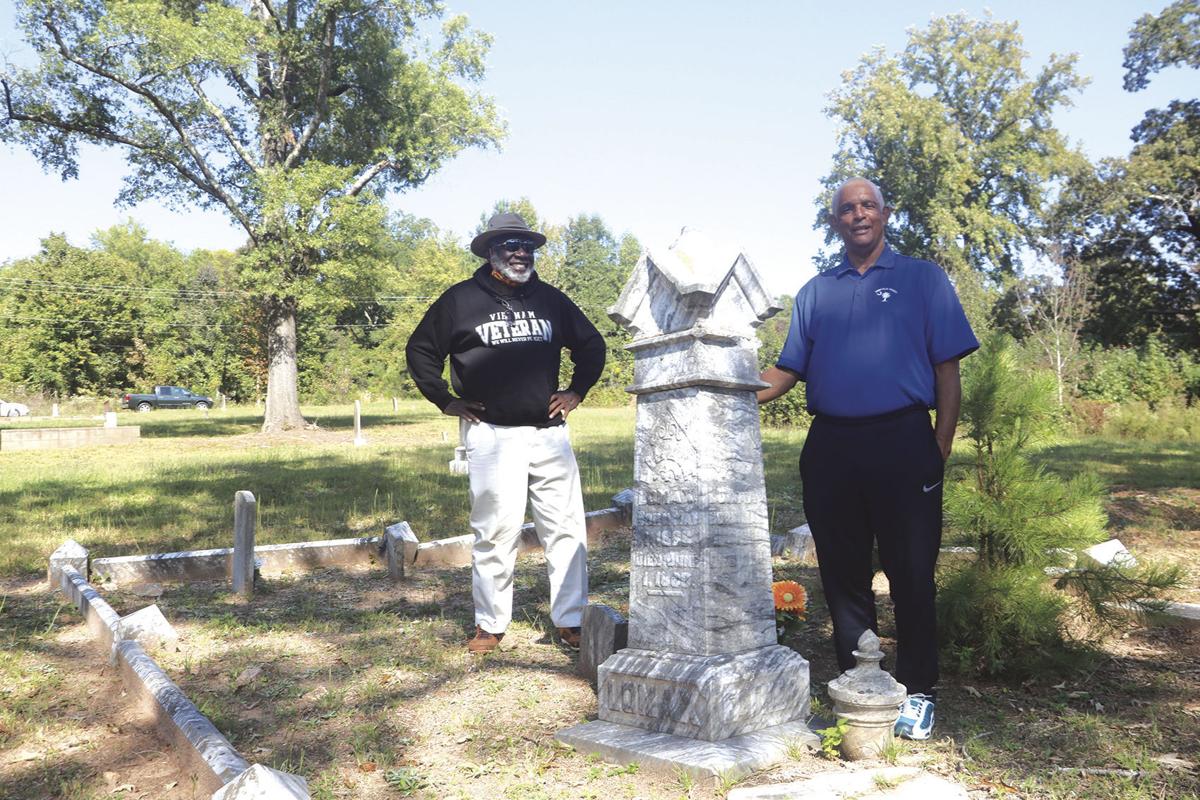 Claude Thomas, left, and John Calhoun stand beside the marker for Hutson J. Lomax, a state representative during Reconstruction. 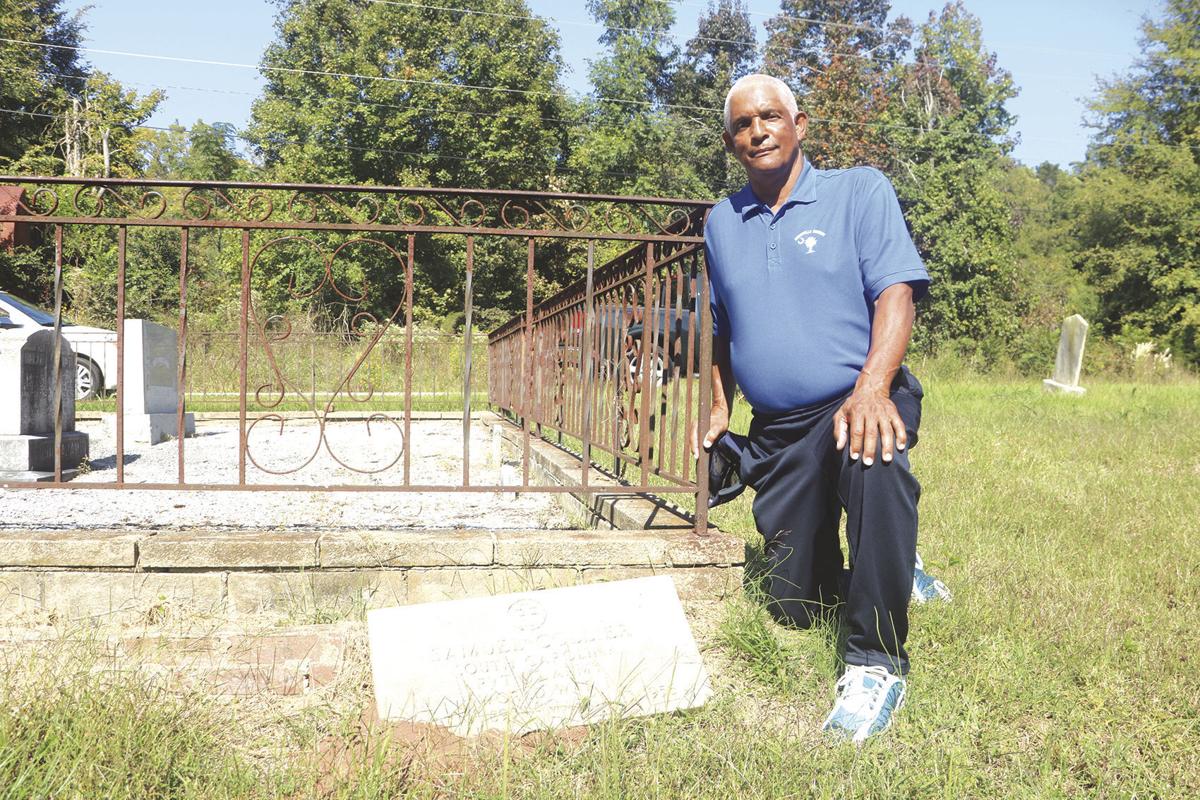 John Calhoun kneels by a marker of one of eight veterans buried at Thompson/Lakeview Cemetery. Members of Abbeville’s American Legion Post 2 have worked at the cemetery to help clean veterans’ gravesites.

Claude Thomas, left, and John Calhoun stand beside the marker for Hutson J. Lomax, a state representative during Reconstruction.

John Calhoun kneels by a marker of one of eight veterans buried at Thompson/Lakeview Cemetery. Members of Abbeville’s American Legion Post 2 have worked at the cemetery to help clean veterans’ gravesites.

ABBEVILLE — Claude Thomas has a long wish list for the Thompson/Lakeview Cemetery. He hopes Abbeville County Council will agree to fulfill at least part of it during its meeting today.

The $5,400 wish list from the Historical Thompson/Lakeview Cemetery Committee largely covers maintenance for the cemetery through a share of the county’s accommodations tax.

This is the third year the group has applied for a share of the accommodations tax.

“Our main goals are one, for maintenance of the cemetery. That’s 6 1/2 acres to work on. We want to get an independent company to care for it,” Calhoun said. The money will fund seven cuts of the cemetery.

Last year, the group received $3,400, which was not enough money to take care of it. Other support came from various fundraisers and from volunteers working on the property

The second goal is to get a historical marker, he said. The cost is expected to be $1,500.

Other goals include improving the appearance of the property and seeking state, and, eventually, national historic preservation status. Thomas displayed a manila folder filled with copies of legal documents about the cemetery, who is buried there, along with death certificates. The group has factual information to support its claim to get state historical status, he said.

Getting state status isn’t a quick process, but John Reed, a member of the cemetery committee, expressed confidence the group’s goal will be reached. “We’re still on the go, but stalled. We’re gonna make it.”

The cemetery is the only section outside of downtown Abbeville that is part of a historical protection district. The goal of all the work is to get people into downtown, and hopefully to go shopping, Thomas said.

“We have a lot of history in that cemetery, just like in the Burke-Stark Mansion or the McGowan-Barksdale-Bundy House,” Thomas said.

Thomas, Reed and committee member John Calhoun acknowledged the difficulties in getting support. A lot of organizations have a wish list and the committee, along with other groups, has been stymied by the pandemic.

So many organizations having their hand out begs the question of why should people care about a field of dead folks.

It’s in honor of your deceased family members, Calhoun said.

“You want people to know it’s your cemetery,” Reed said. “You let people know, especially veterans, that you haven’t forgotten them, whether you know that person or not. ... You give them respect.”

“When we go, I hope someone will maintain our resting places,” Calhoun said.

Another goal is to develop a catalog of people buried at the cemetery. Committee members have talked to the Press & Banner about printing names of the deceased, Calhoun said. The hope is that family members will find out they have relatives in the cemetery and will want to help support it, physically and monetarily.

“There are quite a few slave cemeteries in Abbeville and South Carolina,” Thomas said. “Old churches have stopped having services. This, by a long shot, is not the only one.”