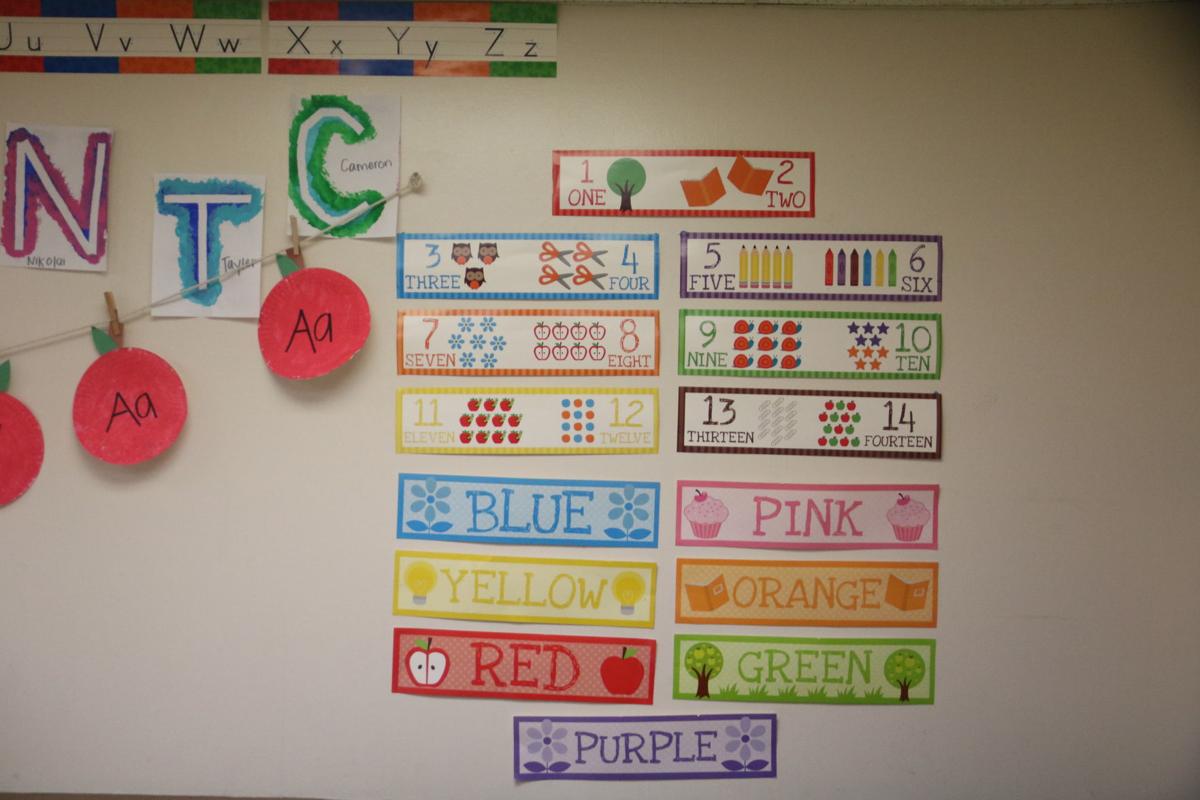 Kids often learn the alphabet, how to count and other basic concepts at childcare centers, which prepares them for kindergarten. 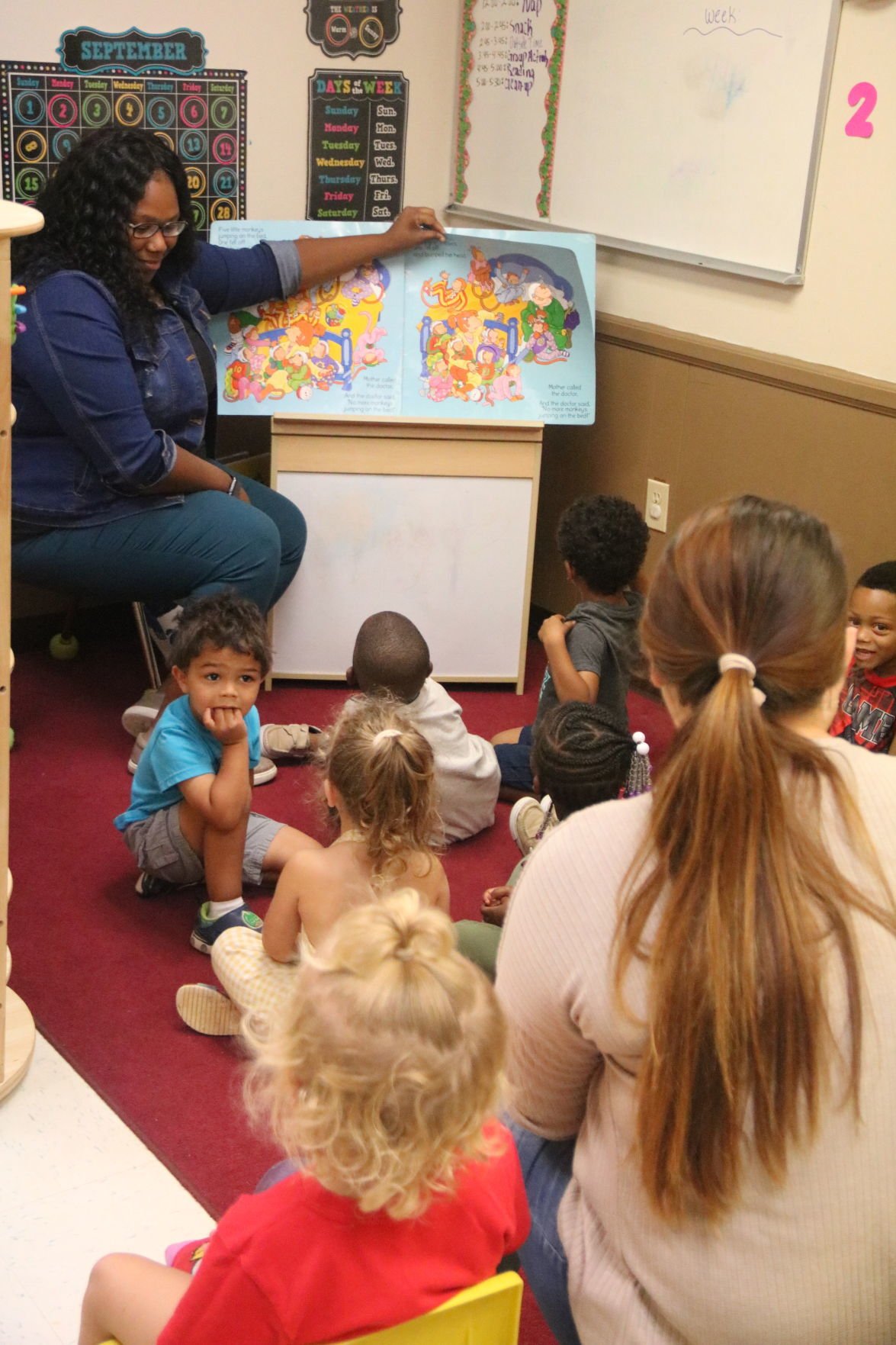 Jamiya Williams reads from book to a class of 3-year-olds. 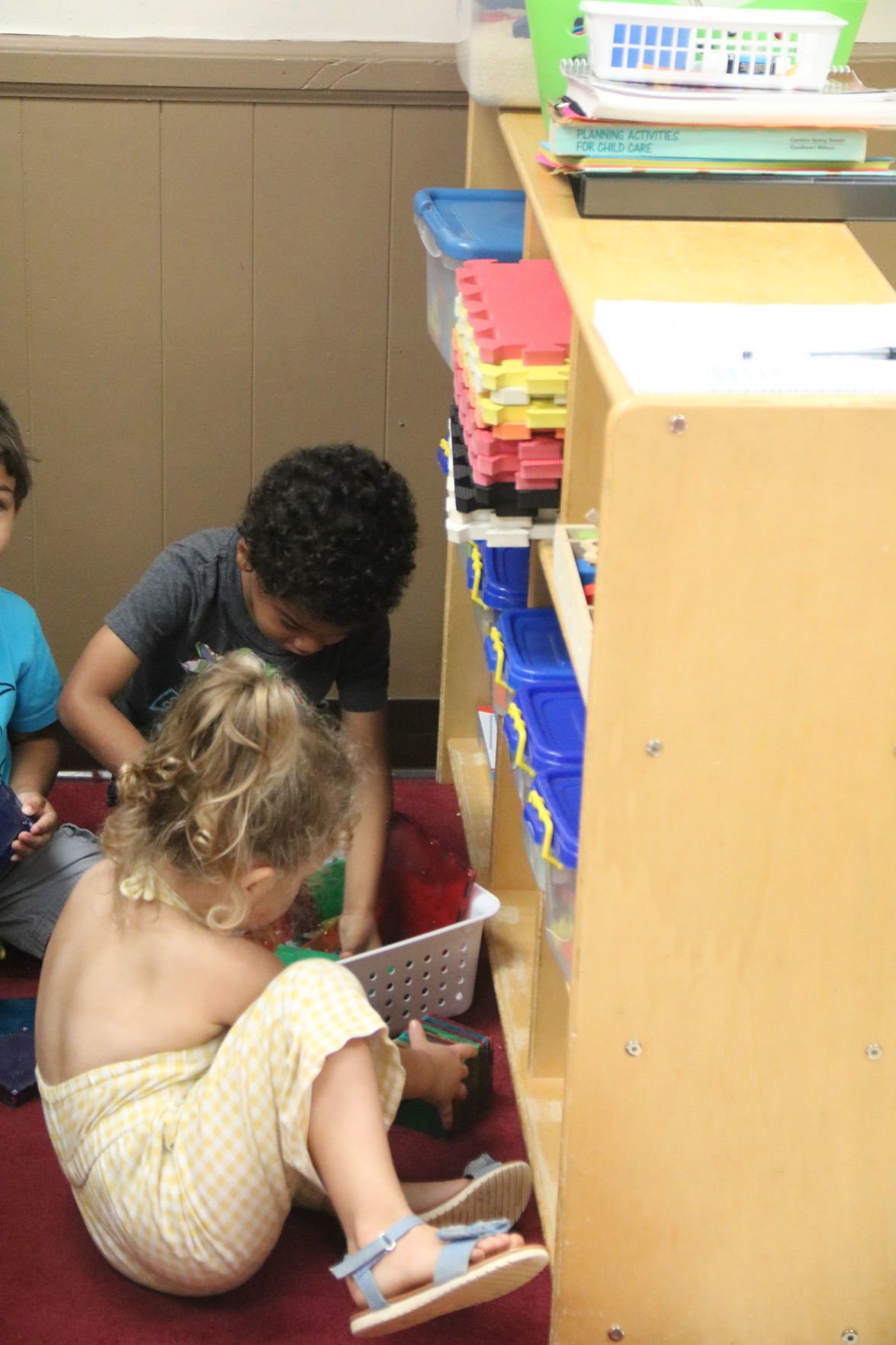 Children play at the Academy of Learning and Development Center in Greenwood.

Kids often learn the alphabet, how to count and other basic concepts at childcare centers, which prepares them for kindergarten.

Jamiya Williams reads from book to a class of 3-year-olds.

Children play at the Academy of Learning and Development Center in Greenwood.

On a recent Friday morning, Jamiya Williams read from a book to a class of 3-year-olds.

“B is for bell,” she said. And balloon and bible and baby and banana.

Yet the workers who lay that foundation often struggle to make ends meet.

“While a major goal of early childhood services has been to relieve poverty among children, many of these same efforts continue to generate poverty in the early care and education (ECE) workforce,” begins the Early Childhood Workforce Index 2018, a report from the University of California, Berkeley’s Center for the Study of Child Care Employment.

According to the Bureau of Labor Statistics, in South Carolina, the median wage for child care workers is $9.41 per hour, sandwiched between painters, sculptors and illustrators — $9.45 — and dining room and cafeteria attendants, $9.40.

Child care workers’ wages in the Upper Savannah region, which encompasses Abbeville, Cherokee, Greenwood, McCormick and Oconee counties, was actually higher than the South Carolina average. The average annual salary for a child care worker in the Upper Savannah is $21,640 per year, $600 more than the state average. Those in the 90th percentile – who make more than 90% of the other workers in their field – earn $29,530 per year.

“The participation of child care worker families and preschool/kindergarten teacher families in public income support programs is more than double the rate for workers across all occupations” nationwide, said the Early Childhood Workforce report. “Between 2014 and 2016, more than one-half (53 percent) of child care workers, compared to 21 percent of the U.S. workforce as a whole, were part of families enrolled in at least one of four public support and health care programs.”

“It is hard to keep qualified people,” said Charlotte Udo, director of the Angels Child Development Center. “Pay is part of it, what the client pays. My center is kind of a low economic one, and I can’t pay them what I don’t get.”

Angels charges its clients $95 per week, but even centers that cost more, like the Academy of learning and Development — $125 per week for toddlers, the most expensive age group due to ratio regulations — have trouble filling employment vacancies.

“With me personally, my turnover hasn’t been really high at all. Some of my girls have been longer than I have,” Maddox said. “I had two girls leave back in the summer because they were in school here. … When they’ve been really good help, like those were, it’s hard to find someone fill the shoes.”

Udo and Maddox both said someone with zero experience will start out at minimum wage, but said they are willing to quickly raise their pay if they see they are cut out for the job.

As with K through 12 education, pay isn’t the only thing that turns people away from the profession.

“I know higher pay might keep them. But also the stress of child care and the high demands of parents,” Udo said. “One child can make a while room the worst place in the world to work. The experienced child care worker that knows how to handle these things — it’s kind of hard to find.”

Vivian Henry, the director at federally-funded North Hodges Head Start Center, said finding quality employees is tough — for early learning centers, K through 12 schools and pretty much any business given the strong economy.

“If you look at any job, they got people posting signs outside, looking for employees, even Park Seed,” Henry said. “Now that the job market has opened up since our president came into place, jobs are opening up but people are not qualified.”

Henry said that people can volunteer to help at Head Start Centers, so long as they pass a State Law Enforcement Division background check and a physical.

Williams, a student at Piedmont Technical College, is pursuing her associate degree in early education and has been working at the Academy of Learning and Development for two months. She said she has wanted to be an early education teacher since she was a kid.

Reading from another book, she asked her students: “What sound does a wolf make?”

Child care centers are not babysitting facilities, Maddox said as she watched.

“I just don’t really think (people) understand how much goes into it sometimes,” she said.

“It takes a special person to work in child care,” she said.

Puerto Rico opens only 20% of schools amid ongoing quakes