More than a hundred motorcyclists participated in Sunday’s toy run in Greenwood. 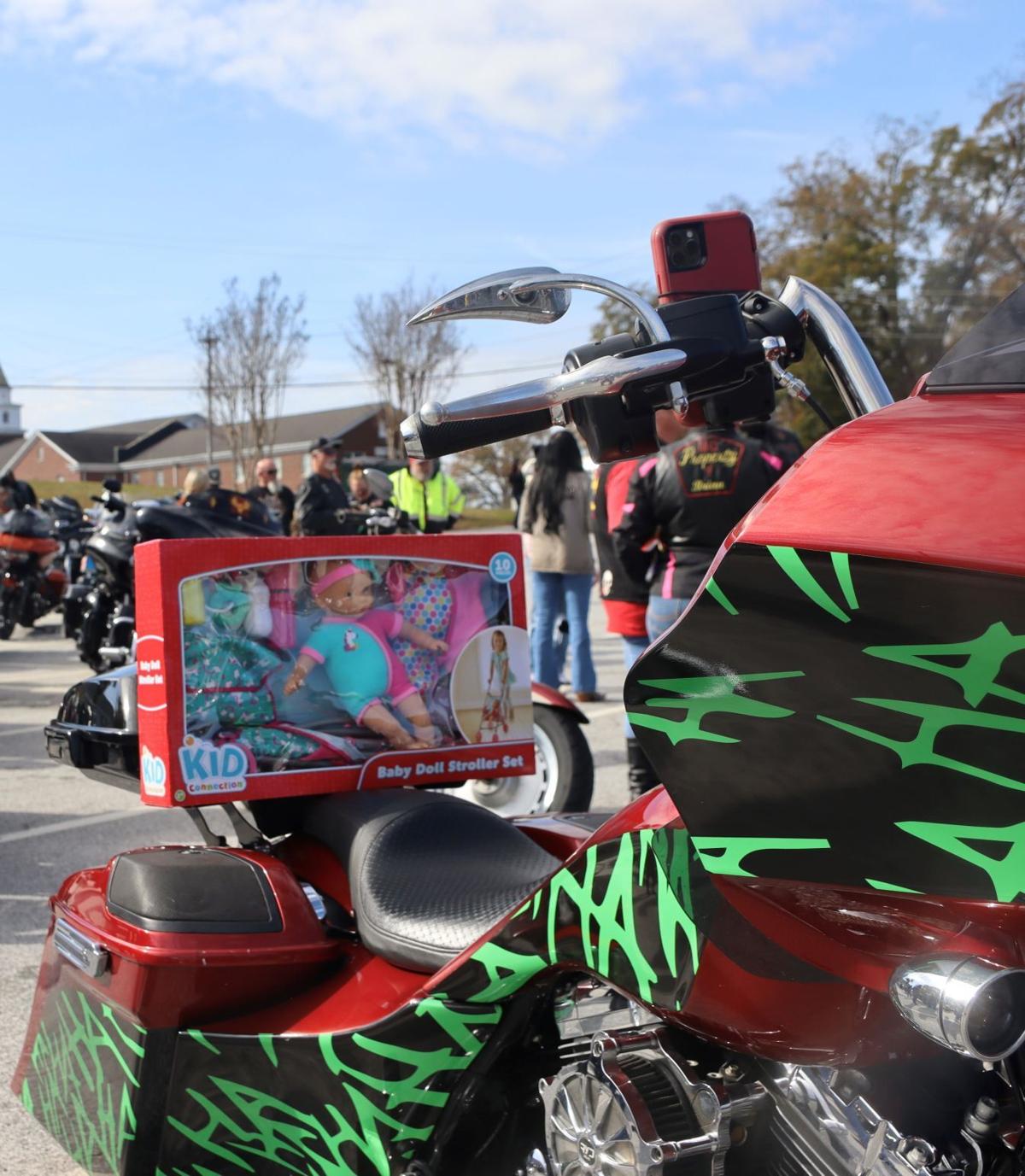 A motorcycle has a toy on it.

More than a hundred motorcyclists participated in Sunday’s toy run in Greenwood.

A motorcycle has a toy on it.

It’s hard to imagine biker Gregg Brown ever wanted for anything. His tough-looking exterior hides something in his heart that people might not realize: He knows what it’s like to be a kid who received nothing for Christmas.

Riders assembled at the Greenwood County Health Department and departed for a journey through Greenwood, ending at Carolina Tavern, where toys were collected by the Department of Social Services. Riders brought a new, unwrapped child’s toy to the event.

“It means more to me because you can give back to the ones that are not as fortunate as we are,” said Brown, who was participating for the 10th year. “It’s for a great cause. It’s a great bunch of guys — brothers and sisters doing a great job to help the children of the world.”

The event is always something special to organizer James Lollis. His father, Bub, started the event. Bub died in 2011.

“It now falls upon our club, the Woodlawn Ramblers Motorcycle Club, to organize and promote this event,” Lollis said. “Lastly, and most importantly, it is so rewarding to know that you can get out on a motorcycle and do good in the community and provide joy for those less fortunate than yourself.”

This ride was organized in 1989 by Bub, who saw a need to assemble and collect toys for needy children in Greenwood County. Other cities in the Upstate were already participating in these types of events that Bub had been supporting, so he met with the Department of Social Services office in Greenwood to start one for his hometown.

Bub was a local legend in the Harley-Davidson community, being the factory dealer in the 1950s on South Main Street in Greenwood, and running a Harley repair and customization shop.

“There’s no thinking to it,” she said.

Tears welled up in Ward’s eyes as she talked about why she participates.

“It’s about giving Christmas to kids who might not get Christmas,” she said. “I’m an emotional person. It’s the type of people we are. We help those who need help, whether it’s kids for Christmas or families for Christmas.”

DSS determines the families who receive the gifts.

Badgers gameday primer: TV, tickets and everything else fans need to know as Wisconsin battles Minnesota