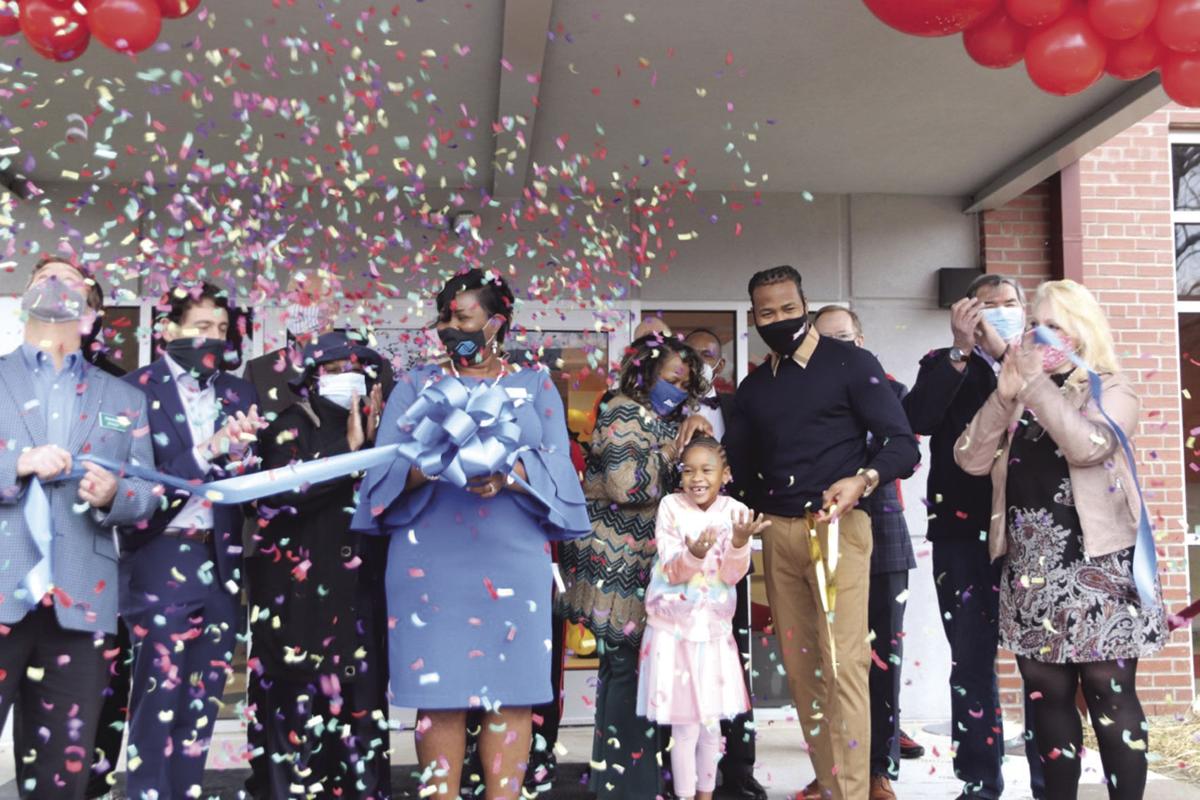 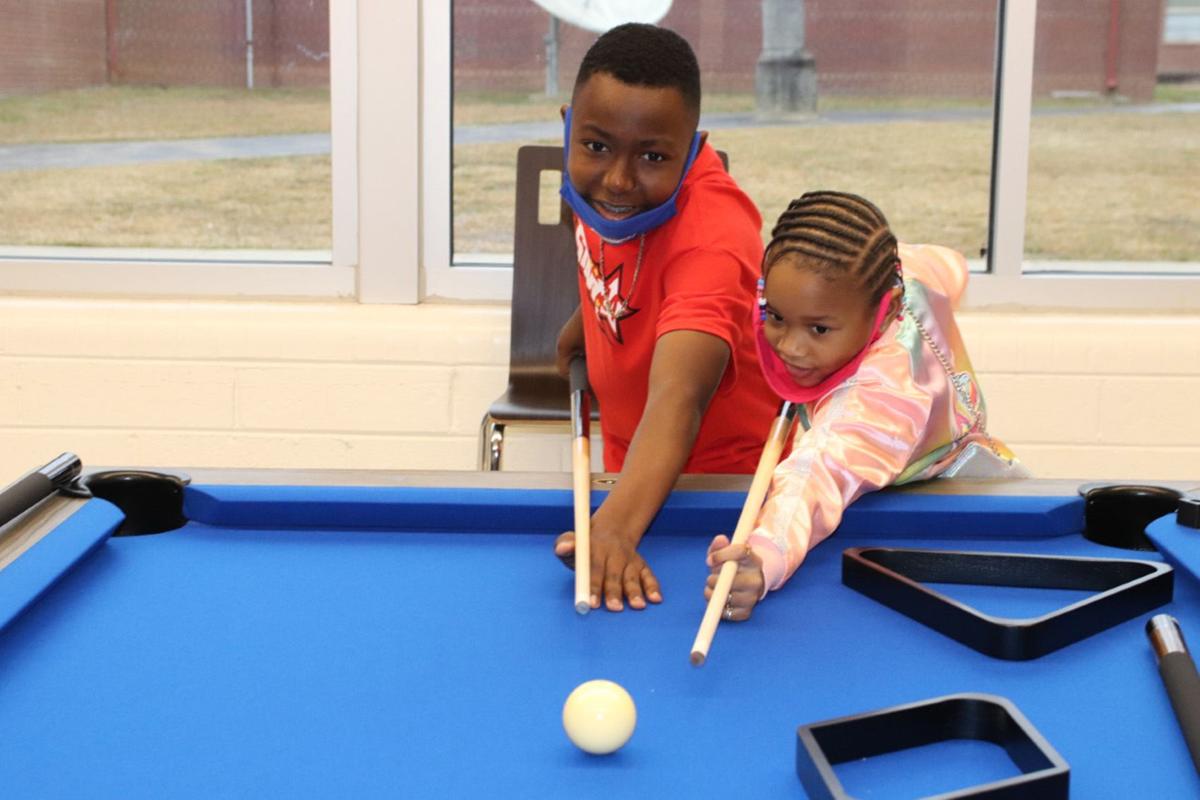 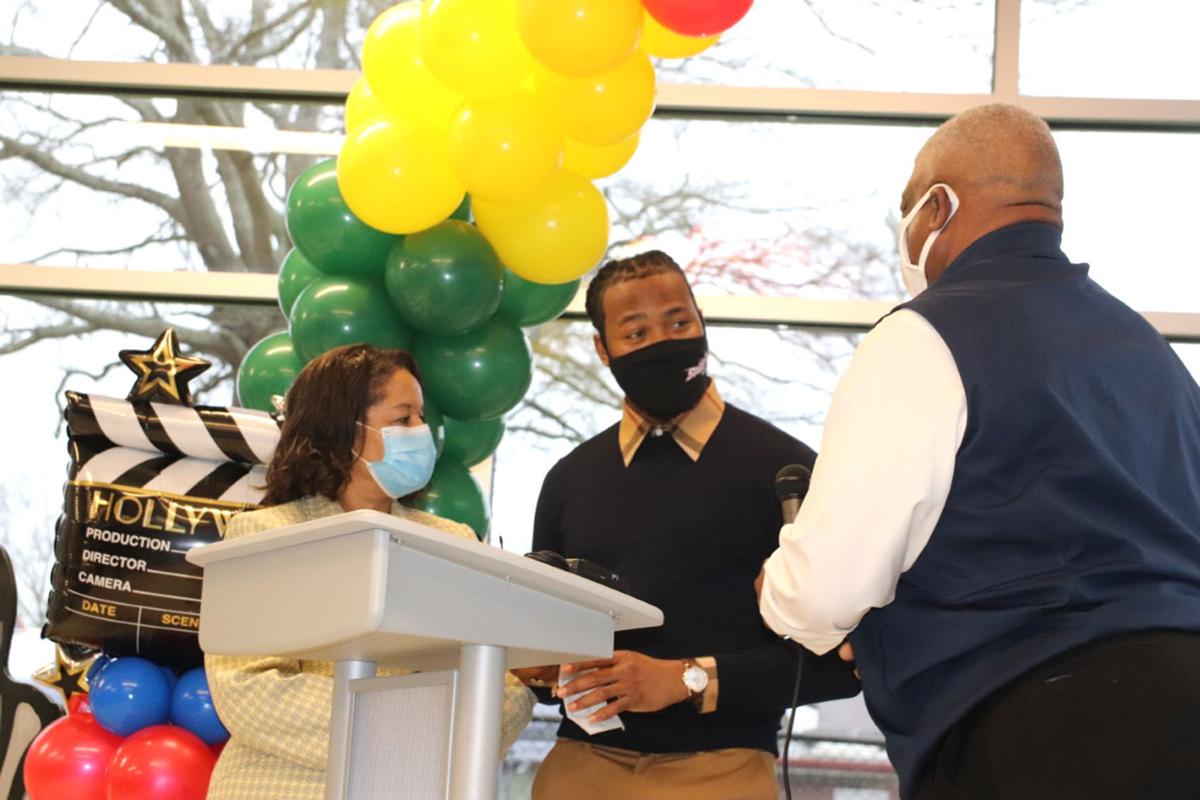 That is the hope of supporters of the Starz24 Teen Center, which had its ribbon-cutting ceremony Friday. About 80 people attended, perhaps none more notable than Greenwood native Josh Norman, who developed a career in the NFL and donated $1.3 million to help make the teen center a reality.

Tours of the facility began Friday and continue through Sunday to show people those possibilities.

“We want teens to know, ‘This is your space,’” said Sabrina Miller, executive director of the Boys & Girls Club of the Lakelands Region. She, along with several others, has moved the teen center from an idea broached at community meetings to a facility at a newly refurbished section of the Old Brewer High School.

Some possibilities are closer to reality with a $10,000 check provided by former South Carolina legislator Floyd Nicholson. He presented the check to Norman at a ceremony after the ribbon cutting.

Josh talked of commitment, Nicholson said. It is great to start a program; what is most important is sustainability. You need money.

The donation is a major gift, Miller said. The Nicholsons challenged others to donate to the center.

For every dollar invested in the Boys & Girls Club, the return is $13, Miller said. The $10,000 donation will make a lot possible.

The most important thing, Miller said, was people creating an environment where teens feel safe, can learn and can be themselves.

That environment features 12,000-square-feet of space devoted to homework and study lounges, classrooms, a recording studio, a laundry room with a washer and dryer, rooms for showering, a kitchen area, entertainment rooms featuring games such as pool, table hockey, ping pong along with other amusements, and a room with six televisions where youths can play video games on various consoles.

Space is available for various assemblies for speakers and classes such as yoga, dance and exercise. The center also features a weight room with equipment to provide a full-body workout.

The center also has an art room, music room and recording studio with equipment donated by First Presbyterian Church. Miller said students can make TikTok videos. Soundproofed rooms can be used by youths to practice musical instruments. They can also listen to playbacks of their work.

The center also has a virtual learning area and can provide help for teens to navigate learning platforms on their Chromebooks, Miller said. It will helpful for children whose parents work.

Teens also will have access to outdoor basketball, courts football and soccer fields, a walking track, and playgrounds, Miller said. The old Brewer cafeteria could be used for study space and various performances.

Snacks and dinner can be provided, Miller said. Through a partnership with the school district, breakfast, snacks and lunch can be available for students in the virtual learning program.

Youths will be in and out throughout the day. Up to 400 teens can be accommodated in the center. although Miller said the number of teens will be capped at about 150 because of COVID-19 to stay safe and to achieve social distance.

All teens are welcome to participate in the free program. Miller said registration for the teen center started Monday.

Hours are at least until 7 p.m., perhaps later. She said the facility also can be open on weekends for special events.

Staff includes teachers and guidance counselors, along with people from the community. Miller said people have expressed interest in tutoring in subjects including yoga, sewing and karate.

The Boys & Girls Club seeks people to fill positions such as a teen center director, program specialists who work with teens in subjects such as money matters, leadership, conflict resolution, exercise, and life coaches. Volunteers can share work, talent and hobbies.

“I want people who are patient, kind, who are committed to the future of our youth,” Miller said. “We’ll provide the space and the community can provide the talent.”

“I attended, as well as my daughters, a Boys & Girls Club when I was growing up,” Miller said. “ I know how important it can be for young people. It was that safe place, having somewhere to go.”

There is a great need. This is the first place of its kind that is dedicated solely to teens,” she said.

There is focus on young students, such as Success by Six and third-grade reading programs and graduating from high school, she said. Middle school children can fall through the cracks. Sometimes there is nothing for them. This will be an opportunity to engage with younger students to make sure they have support.

Creation of a teen center sprouted at a series of meetings.

Several years ago, Greenwood was having a lot of black-on-black crime, said Edith Childs, a Greenwood County councilmember and supporter of the center. People from schools, law enforcement, churches and the community and young people started thinking about doing something to change the mindset of people, and came up with ideas of things could do.

Talk centered on helping young people. One person spoke about what the Boys & Girls Club did for their community. That kind of started the ball rolling, she said.

A Boys & Girls Club was something the city has never had, she said. Former state legislator Floyd Nicholson concurred. It’s the first center of its kind, although the county has had recreation departments.

This is a well-rounded facility for young people, he said. Because right now, young people need to have a place to socialize together and develop social skills.

“I hope it’s gonna be a place for the entire community where the young can go and receive assistance they need, recreational activity and interact in a positive way,” he said.

Nicholson and Childs expressed satisfaction that the center is located in part of the old Brewer High School, as they are alumni.

“I am a product of the old Brewer high school, which was an all-black high school,” Childs said. “So many people came out of that school. It’s an excellent place to start, where you had family. The Starz24 center is in the old English language section of old Brewer. That makes it even more special.”

“It will give young people direction and they can get the nurturing we got when we were growing up,” Nicholson said. “I know firsthand because I am a lifelong resident of Greenwood. I know the needs of the community and what we as adults need to do.”

Nicholson lauded Miller for doing a great job getting the community involved.

“It’s good to start something, but you have to sustain it,” he said, adding that he encourages people in the community to financially support the program. “I tell you, it’s going to be an excellent facility. It’s going to be a big asset for the entire community.”

Plans for the future include after-school programs for children in grades K-5 through 6th grade when enough demand develops, Miller said. As younger students age, they can move up to the teen center.

“I anticipate there being a Phase I, II and III.” Childs said would like to see areas where children can be trained in skills, such as teachers, nurses and auto mechanics telling teens of the training they will need to go into those fields. Perhaps there can even be a way to work with Piedmont Technical College to have children ready when leave school.

And how can anybody judge the success of the teen center?

Miller said people can judge success by the rising graduation rates and the number of students who go to college or into the Armed Forces and teens who are healthy and develop character, citizenship and leadership skills.

The center is there to teach students what they don’t know, Childs said.

“It (Brewer) is where my training came from. I never thought I would have gone into politics, but here I am. You can grow and be the best you can be and move up to something greater.”

Former world track chief Diack back in Senegal after release

Medina Spirit and Tim Tebow: The latest on the Preakness Stakes and former NFL star