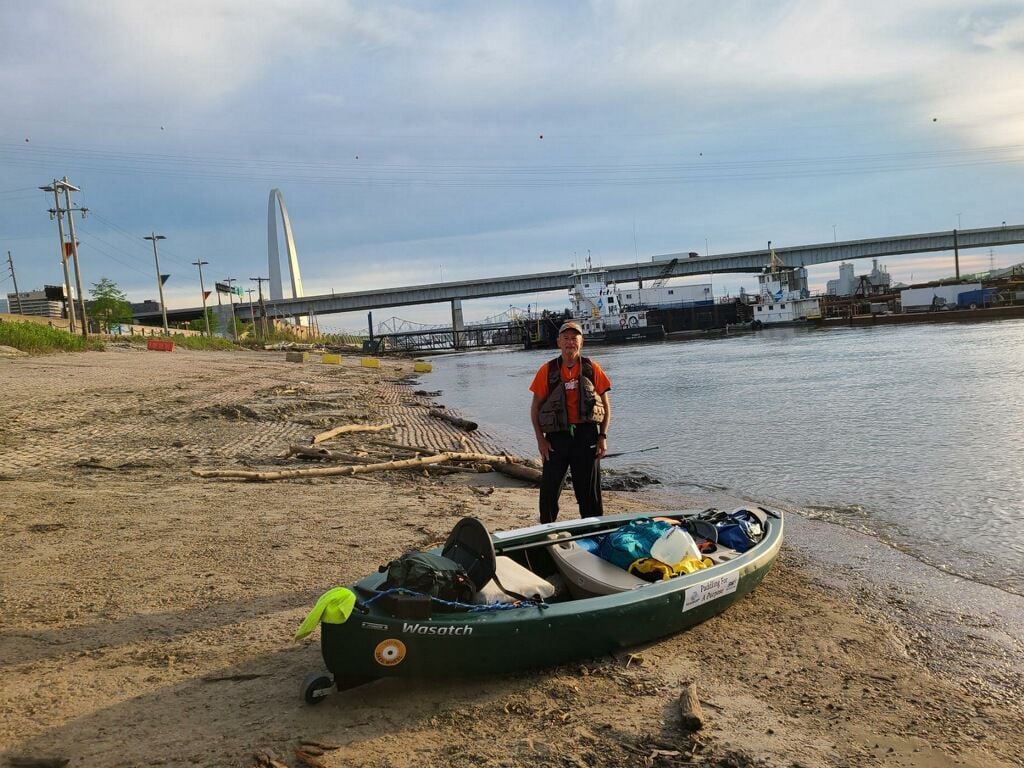 Bob Koch's family saw him off when he started what was intended to be a canoe trip from St. Louis to New Orleans on the Mississippi River, but he died in an accident along the way. 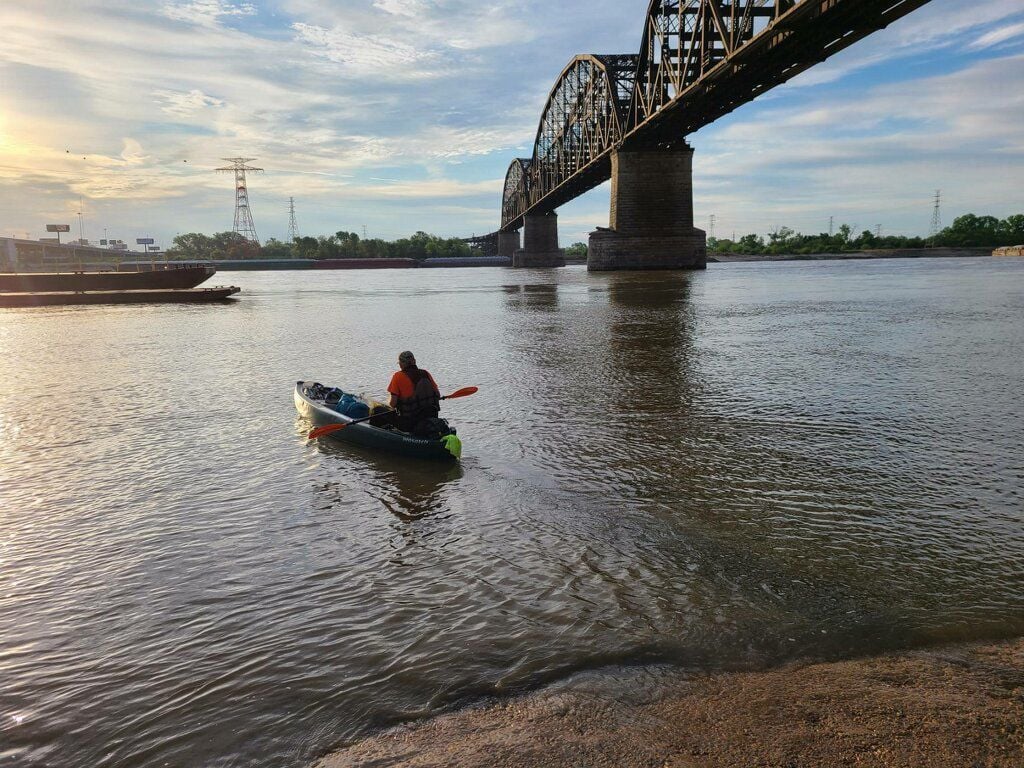 Bob Koch embarks on his trip to paddle the Mississippi River, starting in St. Louis. 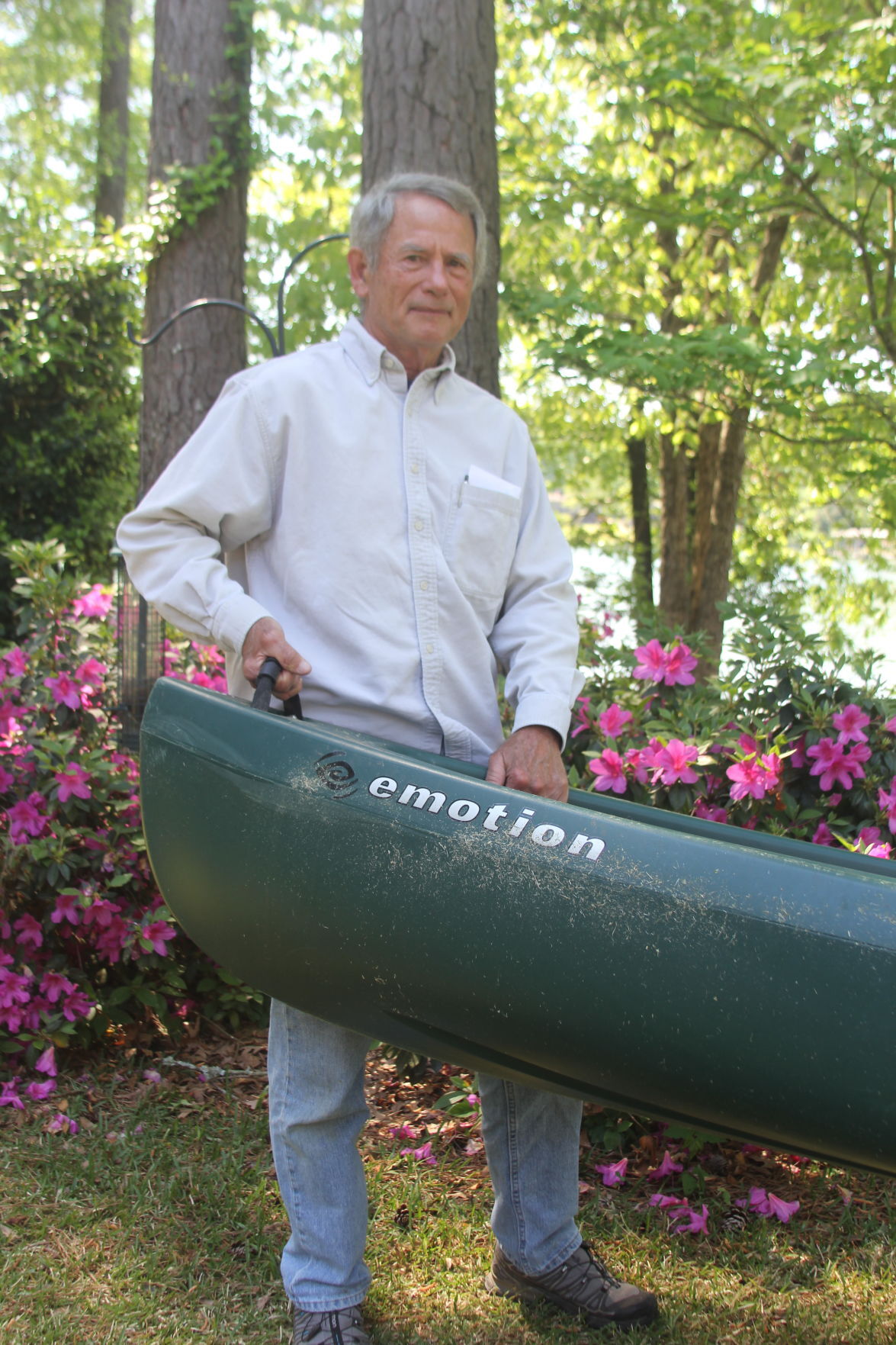 Bob Koch poses with his canoe in this photo before his trip to paddle the Mississippi River from St. Louis to New Orleans, which he used as an opportunity to raise funds for the Boys and Girls Club of the Lakelands.

Bob Koch's family saw him off when he started what was intended to be a canoe trip from St. Louis to New Orleans on the Mississippi River, but he died in an accident along the way.

Bob Koch embarks on his trip to paddle the Mississippi River, starting in St. Louis.

Bob Koch poses with his canoe in this photo before his trip to paddle the Mississippi River from St. Louis to New Orleans, which he used as an opportunity to raise funds for the Boys and Girls Club of the Lakelands.

Bob Koch felt closest to God when he was outdoors, in nature.

He lived life with a passion few can muster. As one of his sons, Richard Koch, put it, he was “all in.”

Bob didn’t just jog around the block, he ran three Boston Marathons. He didn’t just hike local parks, he tackled all 2,000 miles of the Appalachian Trail. He couldn’t paddle along the placid waters of Lake Greenwood in his backyard, he wanted to canoe the Mississippi River from St. Louis to New Orleans.

“It was very important to him. He needed to do this,” said Bob’s wife, Rebecca. “That was Bob. He had an adventurous spirit — he wasn’t afraid to take risks and try things.”

It was that dedication and passion that those who knew him loved. He embarked May 2 from St. Louis.

A week into his trip the water grew turbulent just below where the Ohio River meets the Mississippi. A storm passed through earlier, and the current capsized his canoe. He was pulled under and drowned.

“He was outgoing and he was friendly,” said Rebecca, who goes by Becky. “He never met a stranger. He had an adventurous spirit. He was goal-driven.”

Bob often talked about his “God moments,” instances where he felt God’s presence and influence on his life. They’d come in the form of flowers he’d spot after difficult stretches of trail, or an ice chest full of drinks and snacks he stumbled upon when running low on rations.

Speaking with the Index-Journal before his Mississippi River trip, Bob described standing in an open field atop a bald mountain in 2015 while hiking the Appalachian Trail. The open sky above and rolling countryside below called him to do more than take in the world around him, but to give back to it. This was a God moment, he said.

Bob called his good friend and Mercy Flight pilot Bo Bowman, and the two started a per-mile pledge fundraiser for Mercy Flight. When the 69-year-old Bob decided to paddle the Mississippi, he chose to do the same pledge-based fundraising for The Boys & Girls Club of the Lakelands Region.

Their efforts have brought in more than $12,000 for the youth mentorship group in pledges, and after the accident, donations made in his memory.

“He did it because he loved the Lord,” Becky said. “This is what God wants us to do — He wants us to serve the community and do good for our neighbors.”

Before disembarking, Bob researched the river and used guidebooks to plot his trip. He said he practiced righting his boat in the event a barge’s wake ever tipped his canoe. He took careful inventory of his supplies because he’s been on extended outings into the wilderness before. His sons drove him up to St. Louis the day his trip started.

“He had a deep love of family,” his son Rob said, “an unshakable faith, a zest for adventure, a love of nature and a true appreciation of life.”

Becky remembered seeing Bob off before he disembarked.

He was spiritually ready, Bowman said. He was the kind of person who put Jesus at the center of his life, according to his daughter, Beth, and he let his faith drive his decisions. For years, Bowman said he’d ask himself what Bob would do in any given situation.

His selfless and gracious personality is something local Boys and Girls Club Executive Director Sabrina Miller said she’s felt from the whole Koch family. She said she was shocked by their generosity, continuing his philanthropic goal — she’s seen an outpouring of support from donors throughout the country.

“Every donation that we’ve received, you can really tell by the notes and donations that continue to come in just how gracious and well-liked a person he was,” Miller said.

His neighbors, people who have met him on his travels and local civic groups he was a member of have all chipped in. He volunteered with Immanuel Lutheran Church’s God’s Gardeners group, picked up food donations and peeled potatoes for the local soup kitchen and when he ran the Boston Marathon he raised money for the American Cancer Society.

Miller said she hopes the Boys and Girls Club can work with Bob’s family to find a way to commemorate him at the Josh Norman Teen Center, to honor his love of the outdoors and his giving spirit.

“I just want to thank everyone for their pledges and memorials later on,” Becky said. “I am confident that God will make something good come out of this tragedy.”

To donate in his memory

Bob Koch was raising money for the Boys and Girls Club of the Lakelands through a per-mile pledge drive for his canoe trip from St. Louis to New Orleans along the Mississippi River. After he lost his life in a boating accident on the river, people have continued donating in his memory.

To donate online, visit lakelands.begreat.club/donations/3024. People may also donate by making a check payable to the Boys and Girls Club of the Lakelands, at P.O. Box 50501, Greenwood, 29649.

Becky Koch, Bob's wife, said she and her family are grateful for everyone's donations and memorial tributes.

A star is found: In 200, De Grasse finally gets his gold

Rep. Cori Bush's plea to Missouri governor: Do something, actually show up