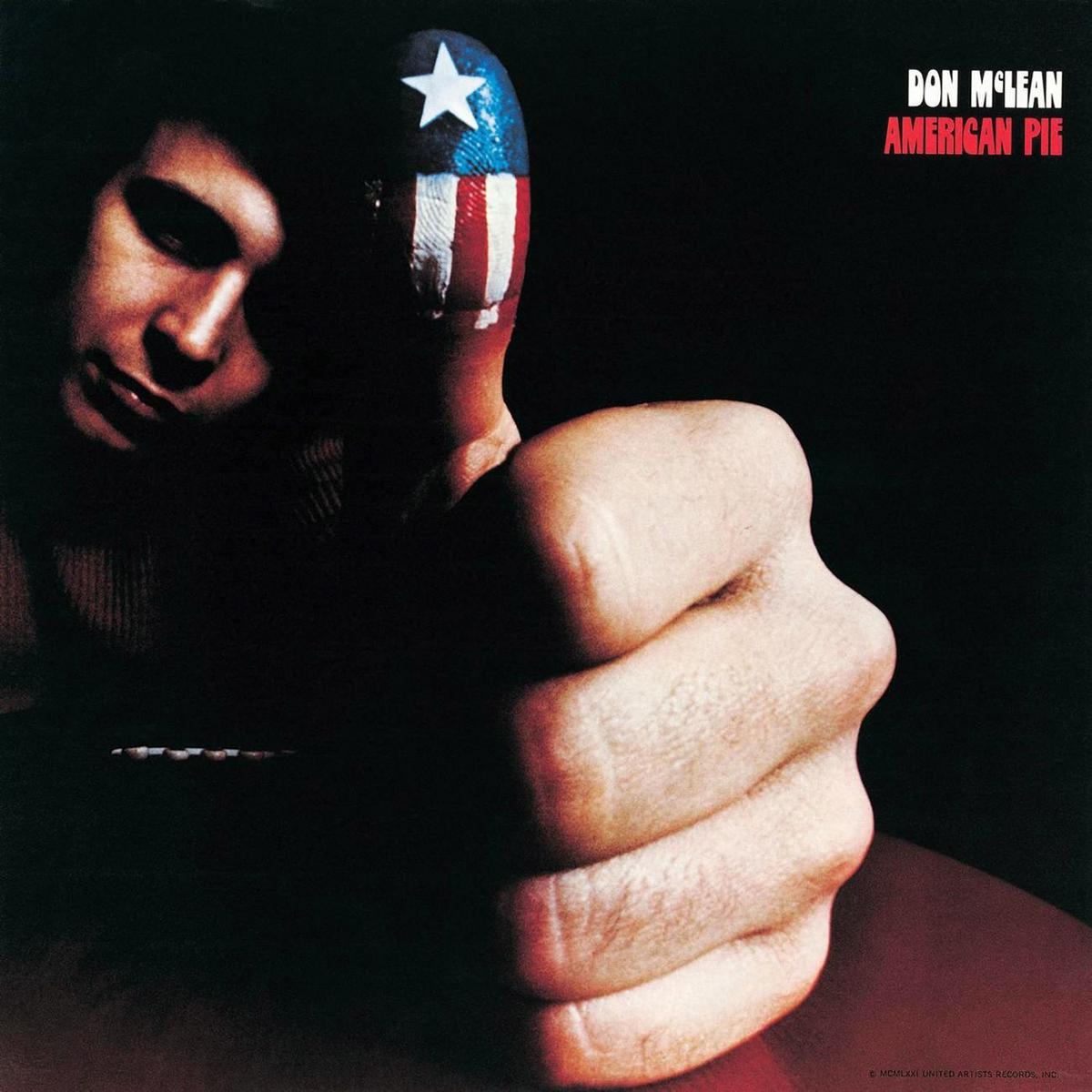 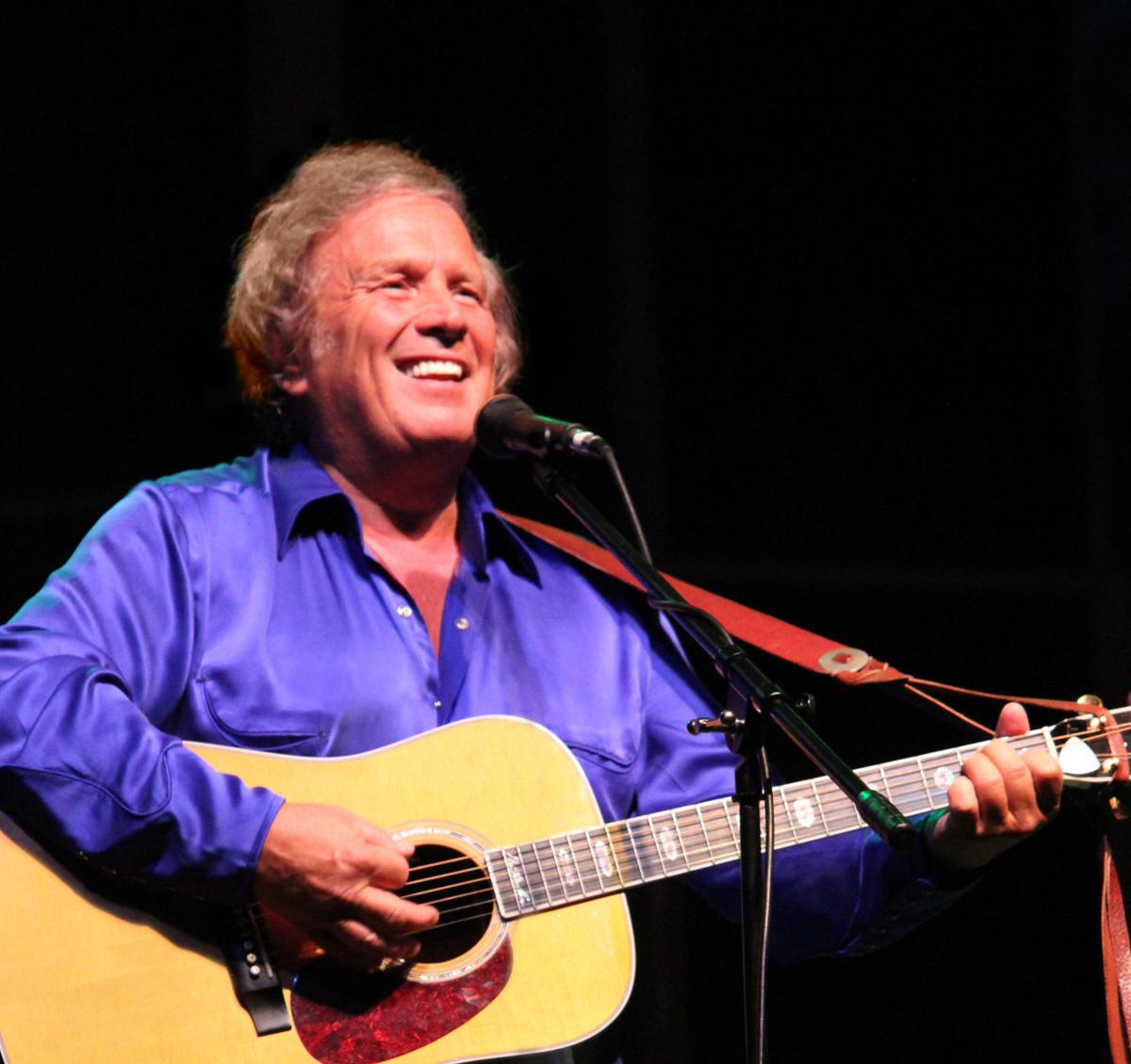 Don McLean, whose song “American Pie” is ranked one of the Top 5 songs of the 20th century, gave his blessing to Greenwood musicians to perform his song. 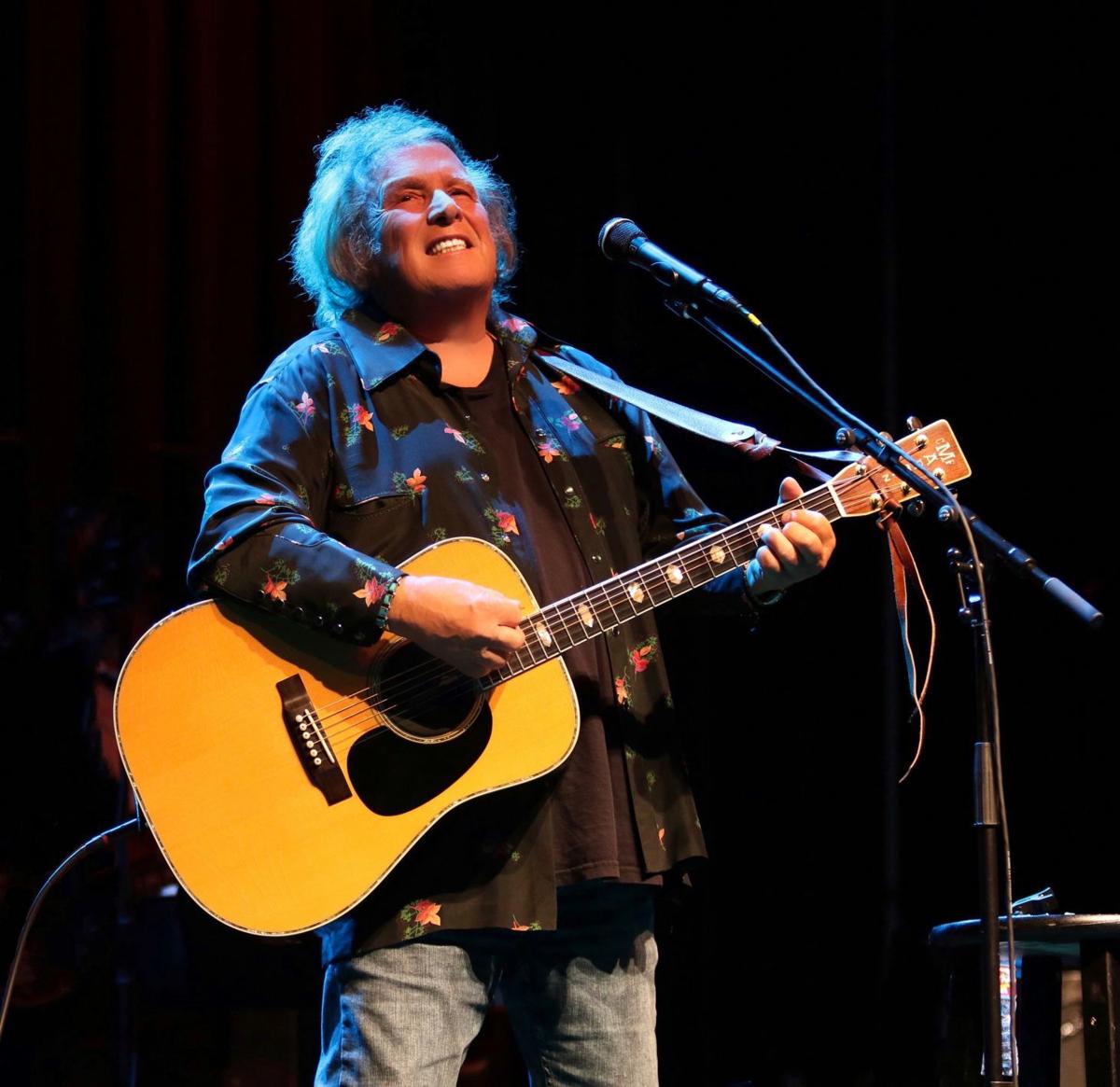 A publicity photo shows Don McLean during a concert performance. 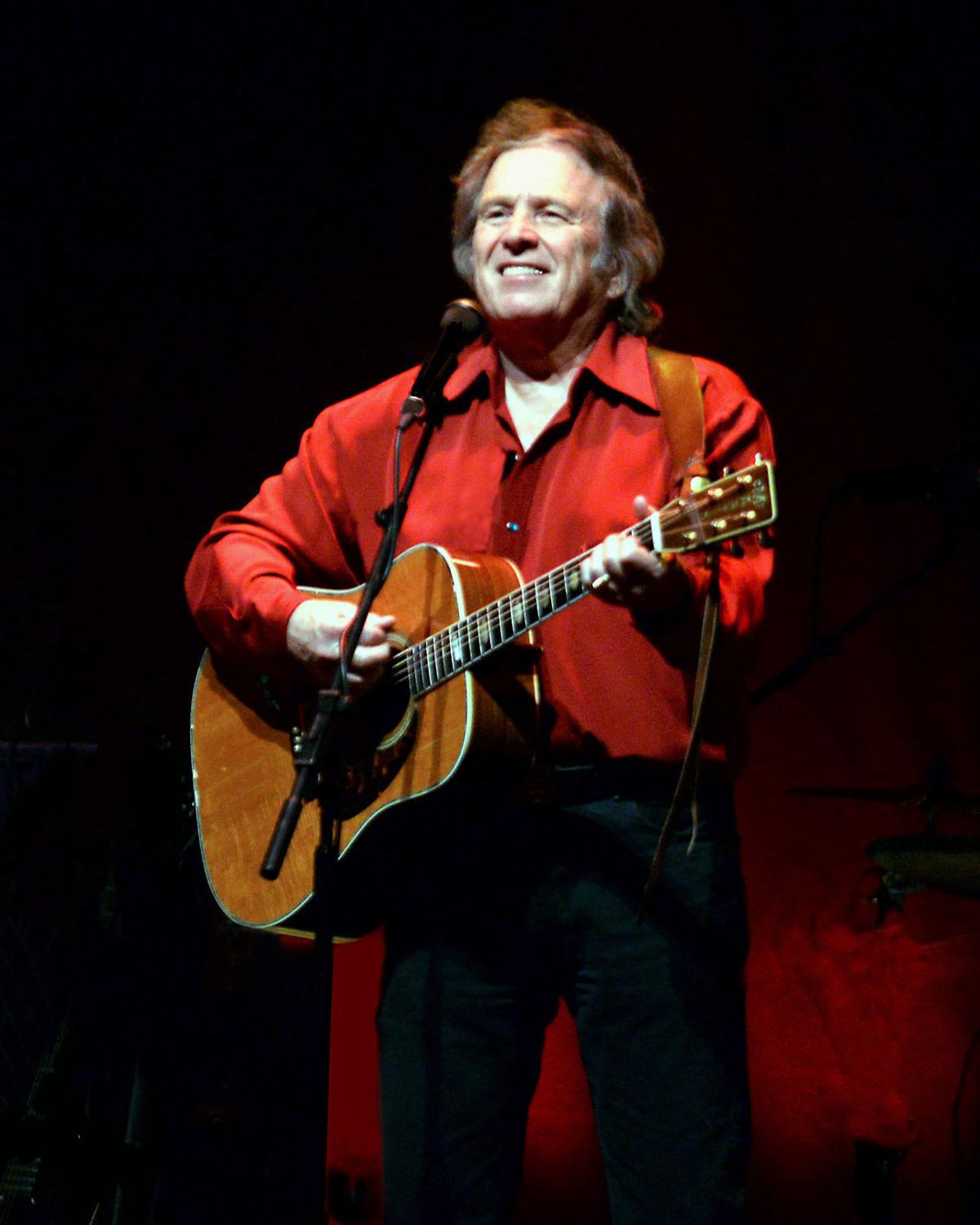 Don McLean during a performance at The Sage Gateshead in 2015. INSET: The cover of Don McLean’s iconic album “American Pie.” The title song turns 50 next year.

Don McLean, whose song “American Pie” is ranked one of the Top 5 songs of the 20th century, gave his blessing to Greenwood musicians to perform his song.

A publicity photo shows Don McLean during a concert performance.

Don McLean during a performance at The Sage Gateshead in 2015. INSET: The cover of Don McLean’s iconic album “American Pie.” The title song turns 50 next year.

Nearly 50 years after his famous song was released, McLean still doesn’t want the music to die, and certainly not in Greenwood, South Carolina.

It has only been a matter of weeks really, but for many people it seems like a long, long time ago that the music did, in fact, die in Greenwood as the coronavirus pandemic shuttered the many venues where musicians regularly performed.

Thanks to the creative minds of people such as T.J. Jenks, Clay Sprouse and others, however, the music continued. It left Uptown’s bars and restaurants and simply moved to more remote locations where it could be livestreamed on a Facebook page appropriately titled Until Further Notice.

The concept was fairly simple. Allow the musicians the opportunity to share their talents and let fans have an opportunity to do something in return — give dollars to support the artists.

But what if many of these musicians could somehow collaborate on a larger scale? Perhaps on a video project, a sort of Song Around the World project that would unite them not only in song, but also in purpose? And what if there exists that one perfect song that could somehow sum up and reflect the impact the pandemic has had on the musicians and their fans?

Jenks, musicians Granger Smith and Nic Massey of Bad Weather States and videographer David Holloway were among those who thought the idea had plenty of promise and Don McLean’s “American Pie” came to Holloway’s mind as that perfect song.

Massey shared the idea with other area musicians and got them on board and Jenks sought the blessing for them to perform that song from the American Troubadour himself.

McLean was quick with a “yes” to put his iconic song, which turns 50 next year, in the hands of a bunch of Greenwood area musicians and in support of raising money to help them out.

Jenks fired off an email to a member of McLean’s management team. He did not necessarily expect a reply, much less an OK.

“I own a restaurant in Greenwood, SC. We have, or had a thriving local music scene here with dozens of accomplished bands playing across music venues all over the city every weekend. As you can imagine that has all stopped. We got the idea to help support our musicians by doing a Song around the world video featuring all of our local musicians. ...

“We thought the perfect song for what is going on would be American Pie. Please let me know what I need to do to get permission to do this. I'm begging you for help as the song is perfect for what we are trying to do. All funds will be collected through donations and funneled through an already established 501c and 100% of the funds will go directly to struggling musicians in Greenwood, SC.”

“You can tell them I am giving them permission to do this under these terms.

Buoyed by the knowledge the singer-songwriter himself had signed off, the musicians — most of whom were not even born when the song first hit radio’s airwaves — got busy recording their parts of the 8 1/2-minute song. Musicians Austin Woodard, Ronnie Goldman and Steven Cathcart led the audio recording. Next was to produce video of the artists lip-syncing their parts, after which Woodard and Holloway spent hours in a studio splicing it all together until the final project came to be.

“I thought it was a nice idea,” McLean said in a telephone interview this past week. “I’m always happy to do things like that — especially now because all the big-time acts are out of business now. I can’t imagine what it’s like for struggling, young musicians who play restaurants and bars now and then. ... So I was happy to do it.”

So what did McLean think when he listened to and viewed the final product?

“I could stop it later if I wanted to,” he said. “I could just say ‘Sorry, you can’t use it and it’s over.’ But I was interested to see what they would do and it was fun to watch them sing different segments of the song, each interpreting it their own way, but having to sing the music. ... It reminded me of when I was a young guy, had my life ahead of me, didn’t really know what was gonna happen next. It’s always nice when people who have made it help people who are on their way and give them a little validation.”

At 74, McLean is an accomplished musician who at age 5 and living in New Rochelle, New York, began his lifelong foray into music. He penned so many of the songs he performs and “American Pie” is for many the one most associated with his name. But others, such as “Vincent,” “And I Love You So” and “Castles in the Air,” are fan favorites that speak to his writing talent.

But songwriting is not necessarily the key ingredient to a successful career in the music business.

“Frank Sinatra did very well singing other people’s material,” he said. “So did Elvis Presley, so did Judy Garland. What you have to do is be a good performer and take a song you sing and make it your own. And that’s how all the great singers in show business – Nat King Cole — nobody wrote songs. It was a hybrid in the ’60s.”

He cited Peggy Lee, a singer/songwriter popular in the 1960s, as another example.

“If she sang ‘Is That All There Is?’ it was hers,” McLean said of the sultry-voiced singer. “That’s the thing to shoot for, not writing songs necessarily. Shoot for a unique style, you know, that’s like nobody else’s.”

Some of the musicians on Greenwood’s “American Pie” video — Bad Weather States, Ashby Stokes, the duo of Steven and Mary Lyle Smith Cathcart, Kenny Price and Rachel Davis, for example — have done plenty of cover songs, but they also have written their own songs and met with success.

“You can certainly write songs that are as good as a lot of the stuff I hear,” McLean said, not directed as a criticism of area musicians’ works he has not heard, but more as a general observation coming from a longtime musician.

“The stuff that is around now is written by amateurs. ... The better thing to do is to learn how to be a really good interpreter of the American songbook so that you take a song and make it your own” is his advice for aspiring musicians.

McLean might have been impressed with how Greenwood’s musicians — most in their 20s and 30s — interpreted his hit song, but much of today’s music doesn’t save his mortal soul.

“A lot of it is different forms of rap music, which is not really music,” he said. “It’s a kind of talking free form, talking to rhythm sections. And that’s a form, I suppose, of primitive jazz in a way, but it’s not really songs. That’s the thing I don’t like. I’m a songwriter. Songs are what we are interested in creating.”

McLean has some advice for Greenwood’s musicians who have dreams of leaving Uptown’s music scene one day and becoming successful professional musicians.

“Get a good lawyer that knows how to interpret what it is you’re signing.”

That was his first tip.

“Learn what it is you’re giving away forever and what it is you’re getting,” McLean said. “It’s a very hard thing to teach a young person who has his eyes on something ... to say ‘no’ to something, and they (music industry) know that. ... Make sure you don’t give everything away.”

And again, he urges that any aspiring musicians should “put good music in your head. Listen to everything. Don’t just listen to rock ‘n’ roll. Listen to old rock ‘n’ roll, Garland, Sinatra, people like that, people who sang the classics. Get used to their style and accept it.”

That solitary song, “American Pie,” essentially set McLean for life. Billed as one of the Top 5 songs of the 20th century, it alone could have paid most of his bills. But McLean has recorded 11 albums — 173 tracks in all — which are being re-released on every digital platform currently available. And some are being reissued on vinyl. During the pandemic, McLean remained busy and interested in helping aspiring guitarists, offering lessons on YouTube. He’s also planning to embark on tour again, once the pandemic all-clear is given.

Maybe that line from “American Pie” resonates with him, too. If he quits, “this’ll be the day that I die.”

But, at age 74 with a large estate in Camden, Maine and a California estate where he raises and used to ride Appaloosa horses, why doesn’t he just kick back, relax and enjoy the spoils?

“Boredom,” was the first word out of his mouth.

“Wanting to maintain the standards I set when I was young and not letting those decay, so that’s partly how I keep myself centered in life,” he said. “Singing, making records, whatever I do on that level, not letting it slip. That requires good health, attention to detail because you have to be very active on the road. If I stop doing that, then everything goes to hell.”

Not in Don McLean’s case. His music will never die.

The Latest: ICU beds filling up in Mississippi's virus surge