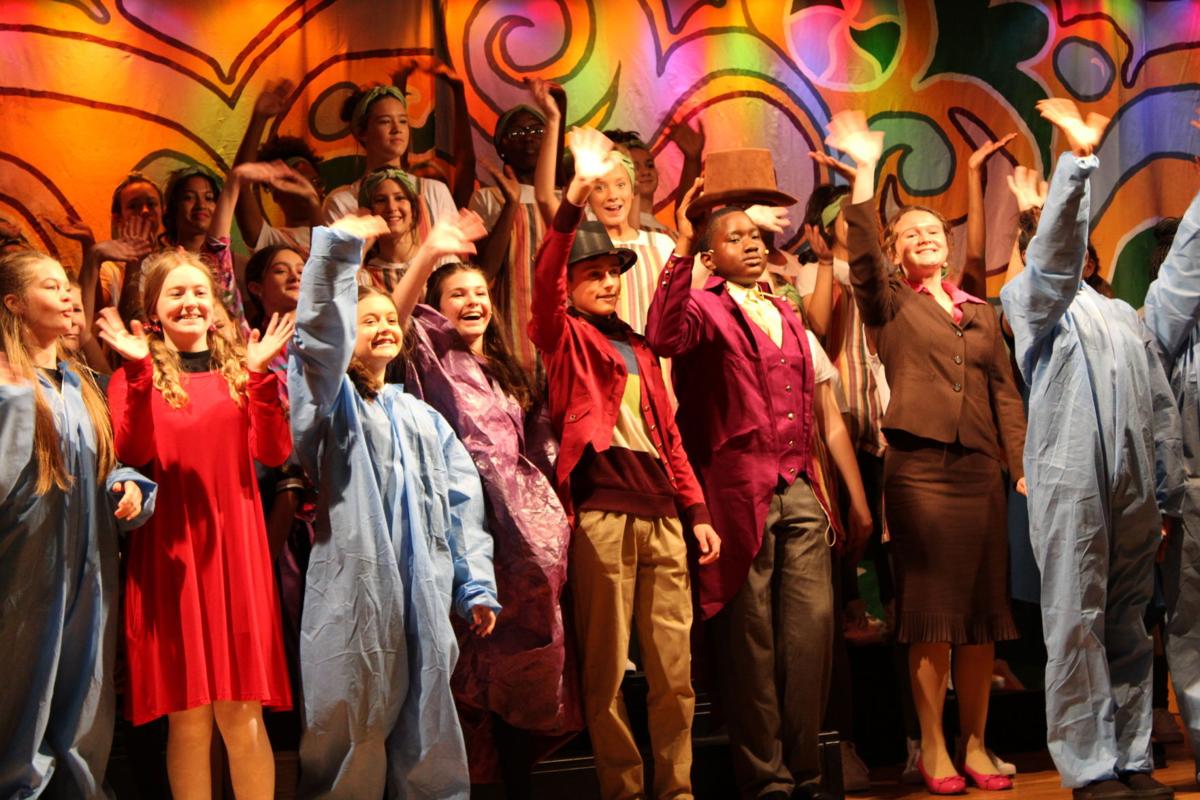 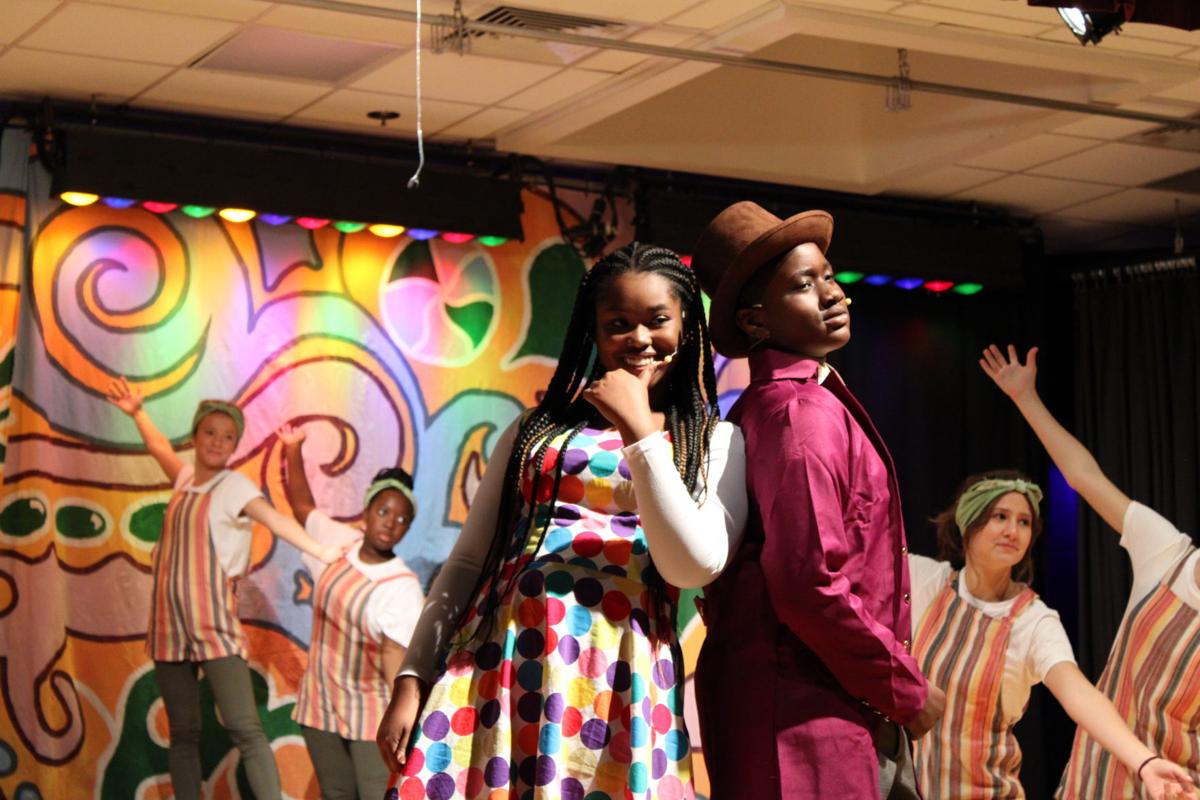 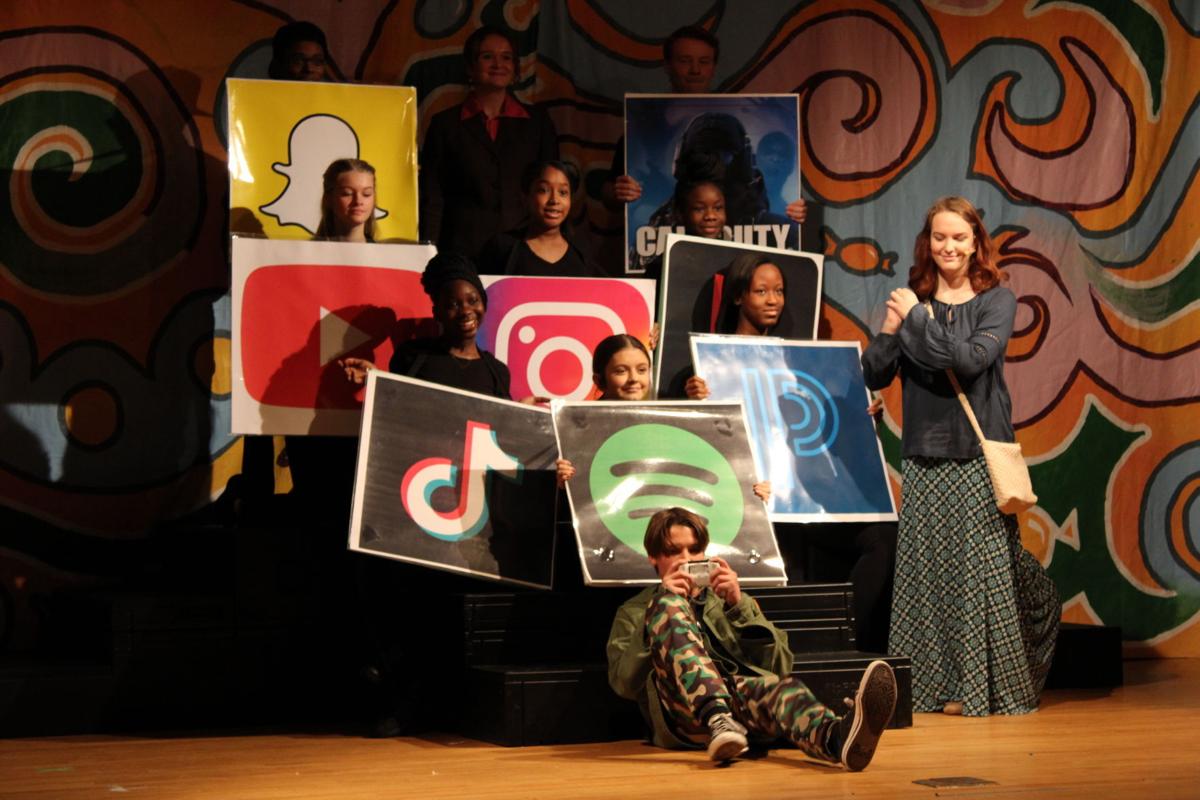 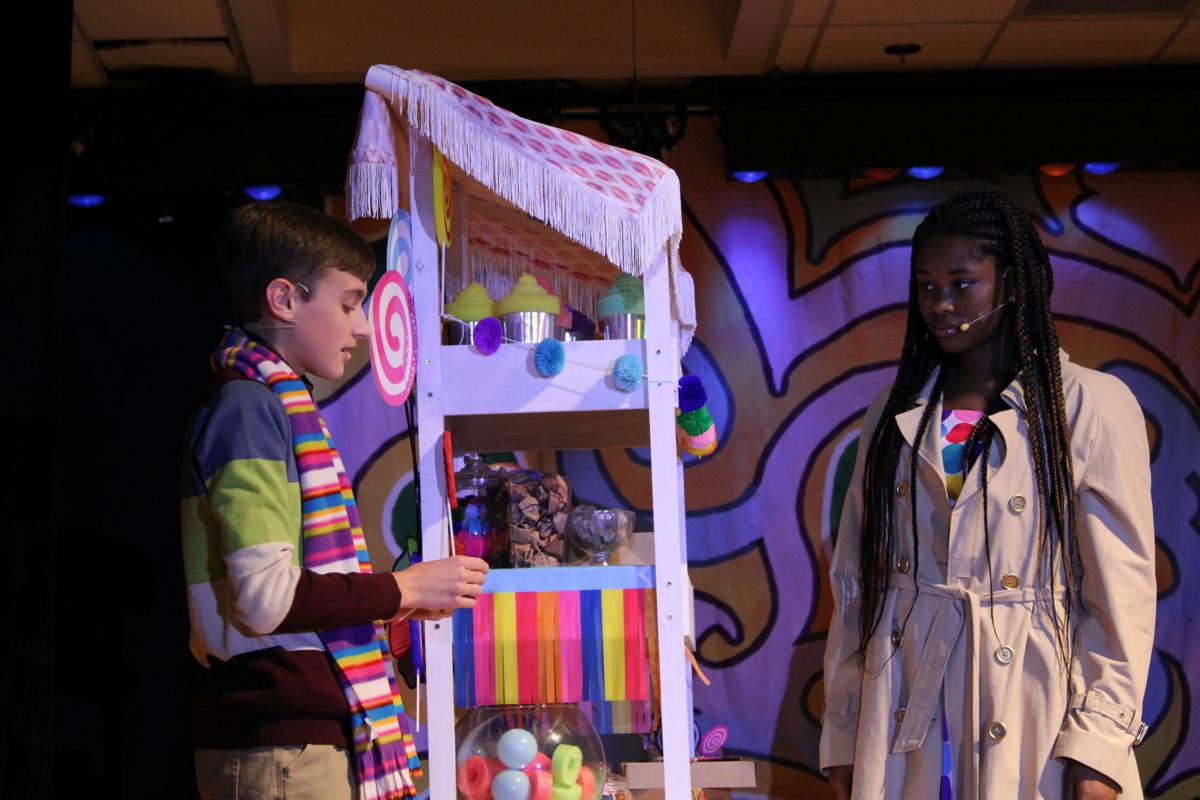 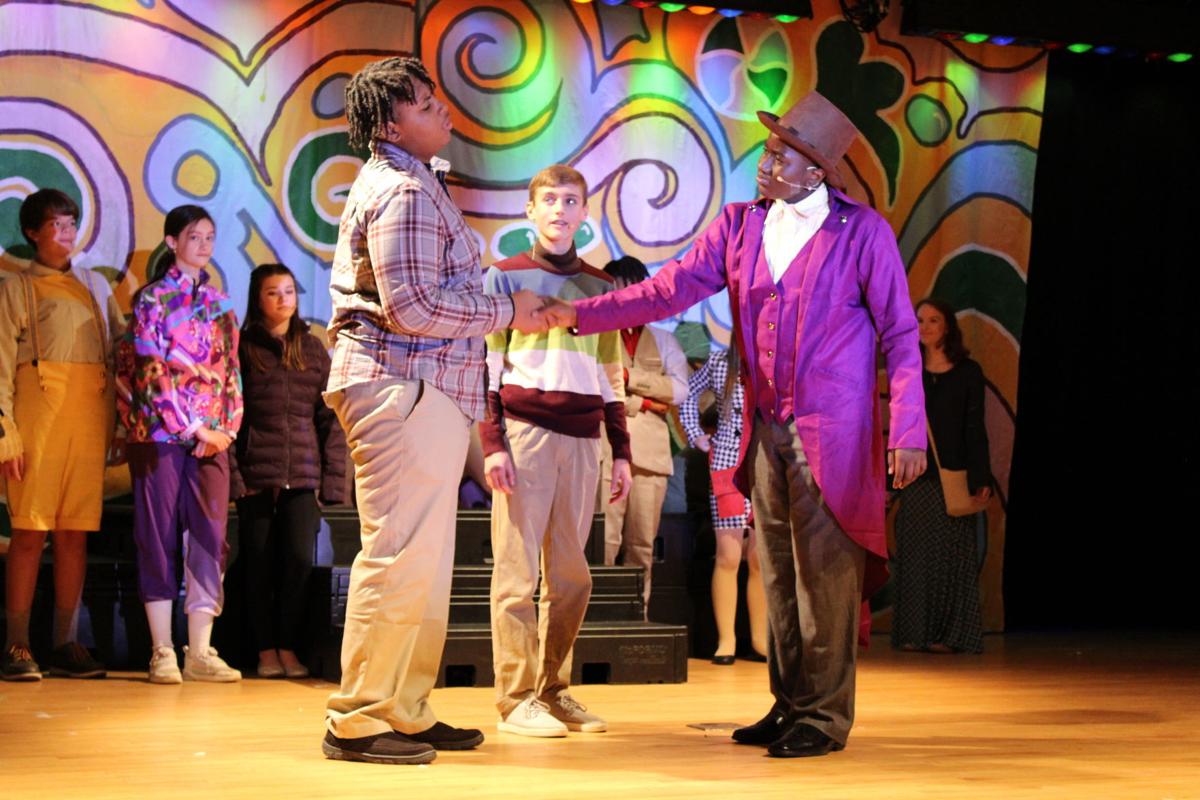 Willy Wonka, played by Alijah White, in purple, shakes the hand of Grandpa Joe during the performance.

Willy Wonka, played by Alijah White, in purple, shakes the hand of Grandpa Joe during the performance.

Students in the ACTS magnet program at Brewer sing and act in “Willy Wonka JR.,” an adaptation of “Charlie and the Chocolate Factory” by Roald Dahl.

“He’s weird and smart and he just surprises you sometimes,” White said.

White said the musical is an opportunity for him and his castmates to show how hard they worked, adding they have “commitment, trust and energy.”

Charlie Fennell, who plays Charlie Bucket, said he enjoys being in the musical, adding that all the students work hard.

This year has been different for the students because of COVID-19, having had to heal with quarantines, close contacts and sickness. They also haven’t had the same level of experience with performing as ACTS students typically do, also because of COVID-19.

Teacher Ansley Bice Keenan said the students did a book study, watching both film adaptations of the story and reading Dahl’s novel. That gave them a sense of the different interpretations and how the show has evolved from the 1970s film version to the 2005 film version to the Broadway version.

“Willy Wonka JR.” includes aspects from all of the above.

Students sing and act, assisted in making props and also run the crew.

Keenan said she’s happy the school was able to put on a full show as opposed to last year when they had to accommodate more to COVID-19.

“Being able to do theater again makes my heart happy and I know many of them that absolutely need to express themselves artistically this way,” Keenan said. “It’s good to give them that.”

“You think you have months and months to prepare and then time just passes very quickly,” she said.

“So we are very excited to finally get to present to parents tonight and to see the kids’ hard work go into action and all the costumes and the lights and the microphones come together to make something magical happen.”

The final performance of “Willy Wonka JR.” will be this evening. Performances are open to the public. General admission tickets are $7. The box office opens at 5:15 p.m. and the performance is at 6 p.m.

How a fraternity boxing match led to student's death