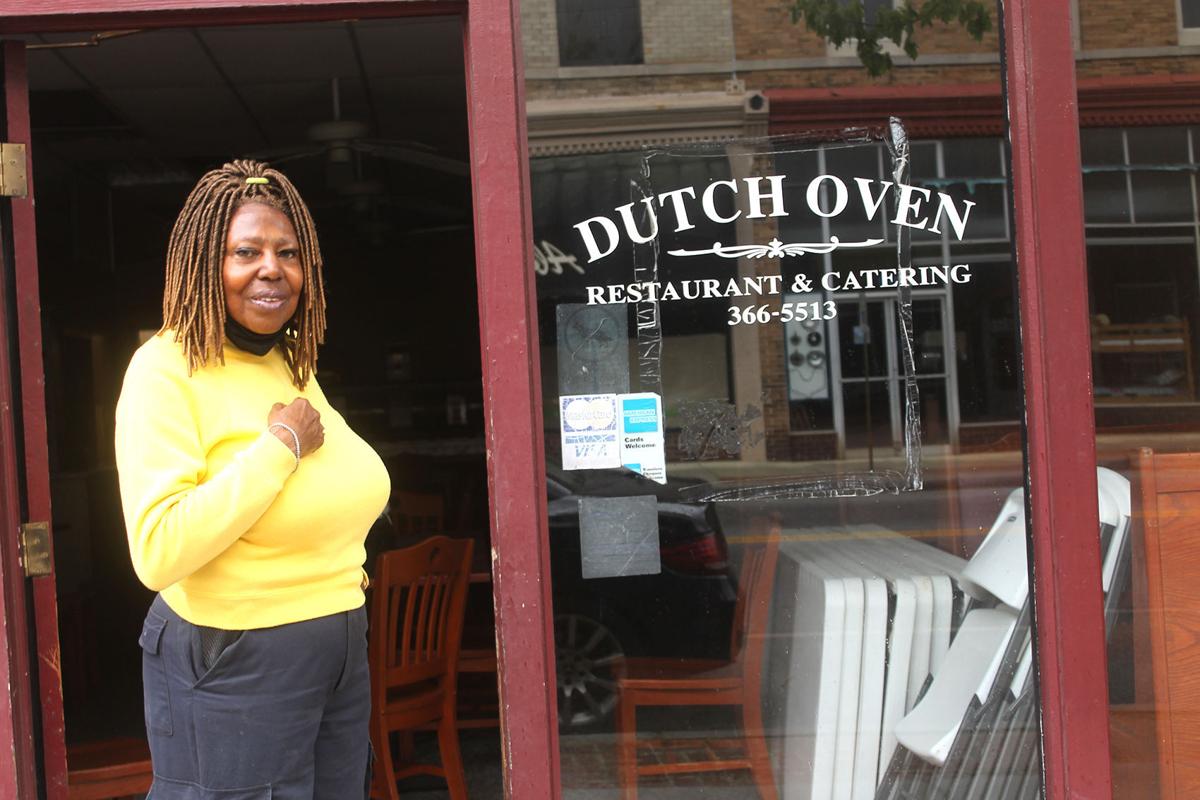 Charlye Crigler hopes to have her new restaurant open by Mother's Day. 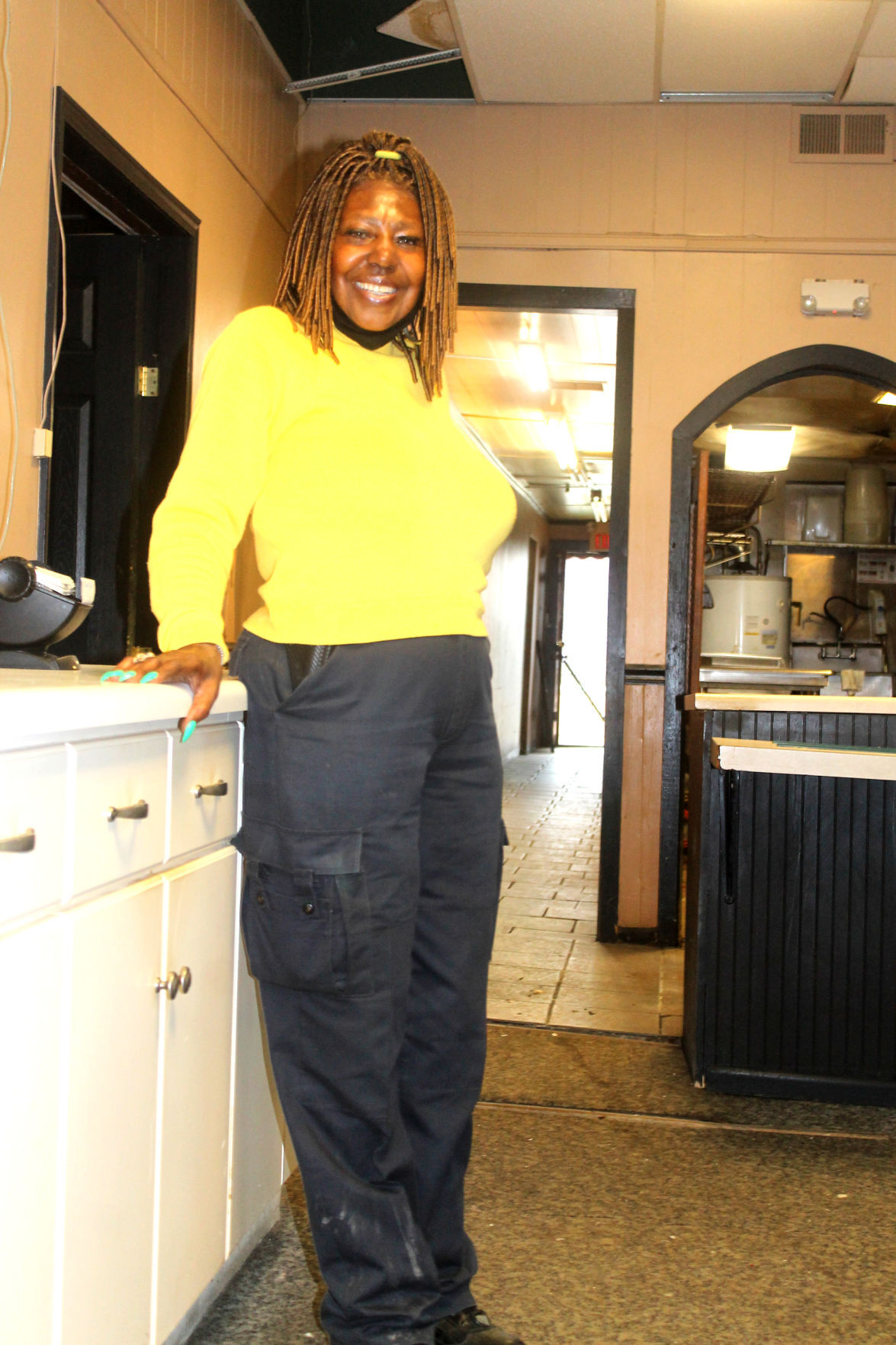 Charlye Crigler hopes to have her new restaurant open by Mother's Day.

ABBEVILLE — Some people get a hobby when they retire. Charley Crigler is opening a restaurant.

The building that housed the Dutch Oven Restaurant has a new future as The Dutchess. Its formal name is a bit of a tongue twister — The Crigler, Dee & Denise Family Restaurant.

The new name is a reference to the restaurant that was shuttered several years ago. Crigler, a self-professed workaholic, said she bought the building in late October and has been getting the building ready for renovation and learning how to operate her own business.

Retirement came after 42 years of working jobs as varied as selling insurance, working for Pacific Bell to working for 18 years in law enforcement, ending her career with Abbeville County Sheriff’s Office.

But a restaurant? Crigler said she doesn’t even cook. Her daughters, however, do and they will work at the restaurant. She also plans to devote space in part of the building for a conference room, and a sports bar, complete with a giant 70-inch television, along with smaller sets tuned to various sports channels.

When she has eaten at restaurants, Crigler said she has observed waitstaff’s personalities, skills and work ethic. She also has gotten names and numbers.

But the first job is getting the building, which has been vacant for up to seven years, restored. It was built in 1910. Crigler said a person could see the sky from a hole in the roof. She pointed out a large, business-sized plastic trash barrel nearly full of water which she said was from rain leaking into the building.

Crigler recalled having a restoration crew that repairs structures that have suffered fire and water damage inspect the building. After surveying the damage, a company representative turned to Crigler and said “I’ve seen worse.”

“It has a lot of potential,” Crigler said, adding that if she gets the right people, it will all work.

She has gotten bids and quotes for work. Crigler said she just need dates for the work to get started.

“I’ve always had a lot on my plate. I can handle it,” she said. Crigler recalled her daughters being shocked when she talked about opening a restaurant.

Crigler admitted she didn’t think starting a restaurant would involve jumping through so many hoops, such as dealing with the state Department of Health and Environmental Control, learning health regulations and studying to earn certification to operate a restaurant.

She has been studying along with her daughter at Piedmont Technical College to earn certification. Crigler said she also has applied for a grant from the city as the building is in the historic district.

The Dutchess will be open for breakfast and lunch and offer a meat and three. Crigler said she plans to provide supper for special occasions once demand for such service is determined.

One of her goals for the restaurant is to have something to leave for her daughters. Another goal is a “pay it forward” grant program for students to get an education in return for helping others.

“Kids should be able to follow their dreams or at least try,” she said.

Support for the enterprise has come from friends and her church family. Crigler pointed out a cabinet that has been given to her by someone she met through her volunteer work with Meals on Wheels. Two former inmates even helped move equipment in the building for clear space for the restoration crew.

Plans are for the restaurant to open on Mother’s Day. It will be a good day, Crigler said, adding that an open restaurant means people won’t have to travel to Greenwood. If work isn’t finished by then, Crigler looks to open on Father’s Day, which she mused would be a good day to open the sports bar section of the business.

As for her cooking ability? Crigler said her first attempt in years was a Red Velvet cake. She recalled she had all the ingredients at her house and decided to bake one. She delivered it to the staff at the City Hall. People seemed to like it. Crigler also said she expects to improve.

Floyd verdict gives hope, if only fleeting, to Black America

Despite growing chorus, DOJ is limited in police probes

Biden to America after Floyd verdict: 'We can't stop here'