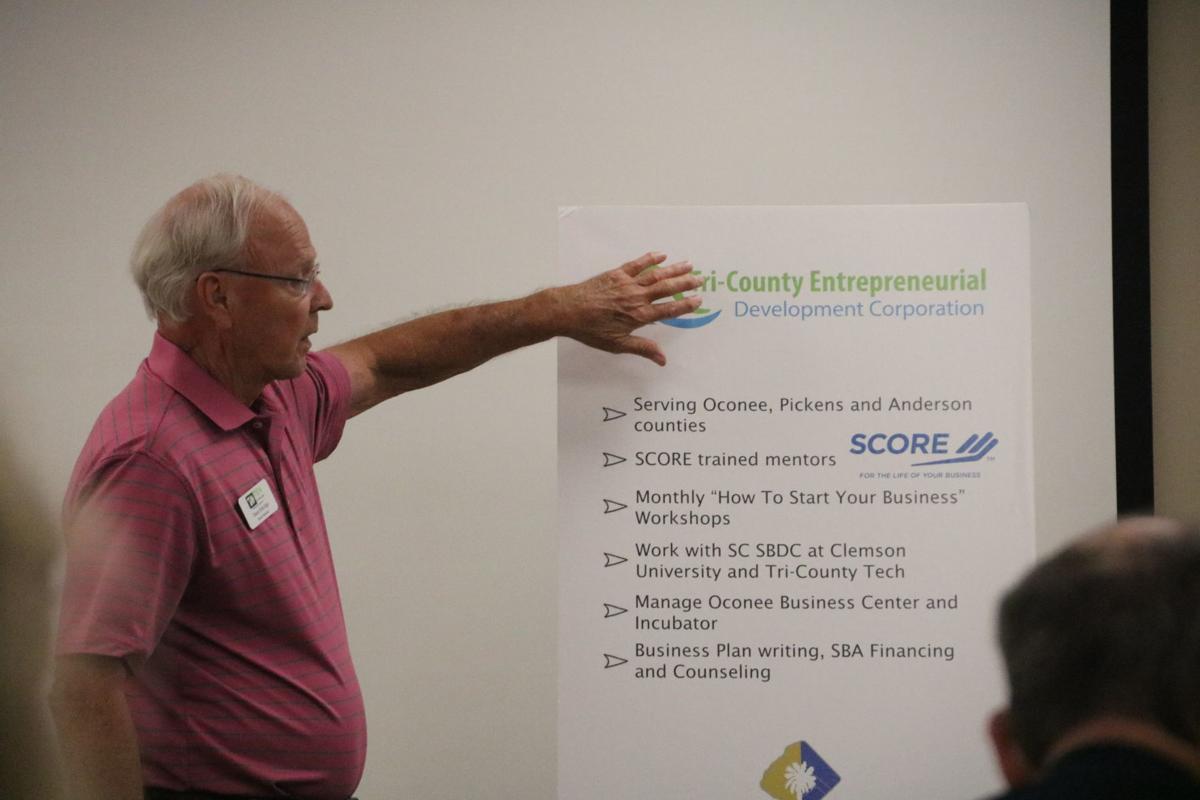 Dave Eldridge of the Tri-County Entrepreneurial Development Corp. speaks before a crowd gathered Monday at WCTEL. 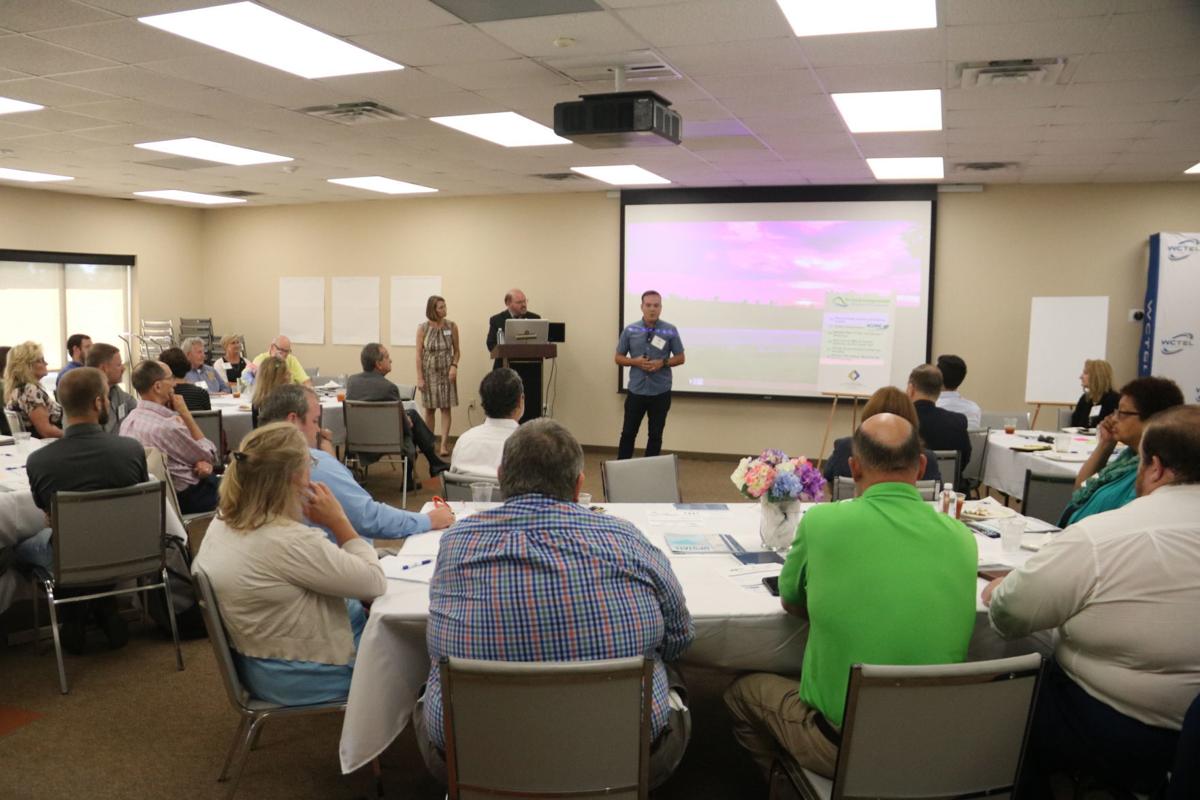 Dave Eldridge of the Tri-County Entrepreneurial Development Corp. speaks before a crowd gathered Monday at WCTEL.

That was the message speakers had for Abbeville’s would-be business people at a workshop organized by Ten at the Top, an organization the promotes economic development in the Upstate.

Ten at the Top is celebrating its 10th year anniversary with a tour of the 10 Upstate counties it serves. Each stop features presentations organized around a theme pertinent to the county. Abbeville’s theme was small business growth.

The event’s two main speakers, Dave Eldridge and Brian Ziegelheafer, operate organizations that offer, among other things, small business incubators. They told the crowd how the guiding hand they have offered entrepreneurs has meant the success of several businesses that might have failed otherwise.

Michael Clary, director of community development for Abbeville, announced that the city would create its own incubator on the second floor of the Chamber of Commerce building. It would offer one non-retail business an office at a below-market rate for up to two years. Details are still being worked on but Clary said it should open to applicants in early 2020.

Ziegelheafer, who detailed how his Gaffney-based business incubator, BGEN, has helped new and established businesses thrive out of the company’s coworking space, said that one study showed success rates of small businesses jumped from 44% to 87% when supported by an incubator.

After serving as the director of economic development for North and South Carolina, Dave Eldridge realized small businesses in Oconee County, where he settled, needed help. Although the local chamber of commerce was an advocate for businesses generally, there was no organization that would give startups the support many of them needed to get off the ground.

To that end, he founded Oconee’s Tri-County Entrepreneurial Development Corp. which, among other things, runs a training program for aspiring entrepreneurs and Oconee Business Center, a business incubator in downtown Walhalla.

Eldridge told the crowd that not one business that went through OBC’s incubator program has failed.

And Abbeville’s Paige Bowser, who owns Breezy Quarters, took her hobby of making soap in her kitchen to a full-fledged, brick-and-mortar business — shipping as far as Hawaii, a process she described as a “Giant community effort.”

“My mission in life is now to grow Abbeville,” she said.

To that end, she is running an incubator of her own out of unused space in the building she now owns on Church St. Dubbed “The Nest,” she has leased it for $400 per month to Jason Eby, who had been running his laser engraving business, Intaglio, out of his garage until her met Bowser.

Eby attended Monday’s workshop and said his biggest takeaway was the importance of networking.

Although Bowser has served as a mentor, it would still be “nice to see opportunities to network, for someone who isn’t as connected in the community.”

Eby started leasing the space three months ago. Both he and Bowser hope he’ll leave in one year and find office space in Abbeville’s downtown Square.

“Especially in rural communities, people don’t always believe, ‘Oh, I could do that,’” Ten at the Top Executive Director Dean Hybl said. “It is hard, but it’s not undoable.”

Queen become first band ever to be honored on UK coin

Winners of the 2020 HotelTechAwards Announced