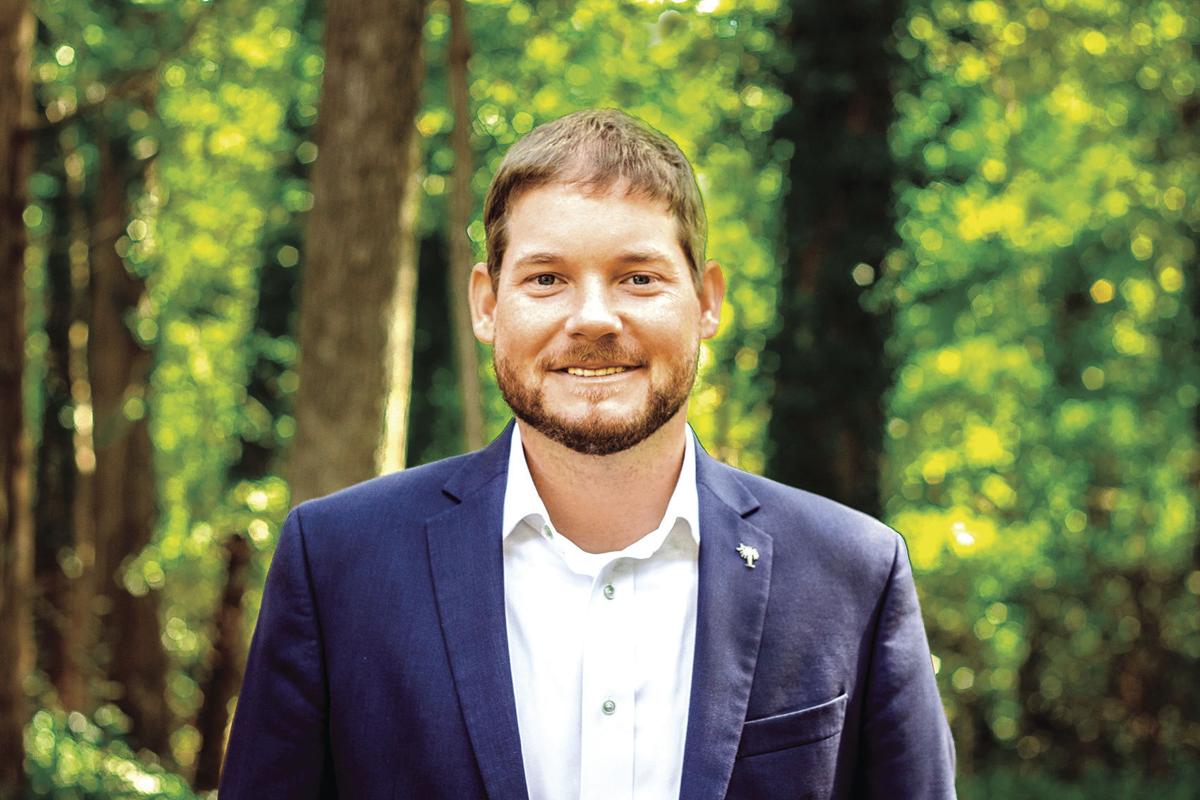 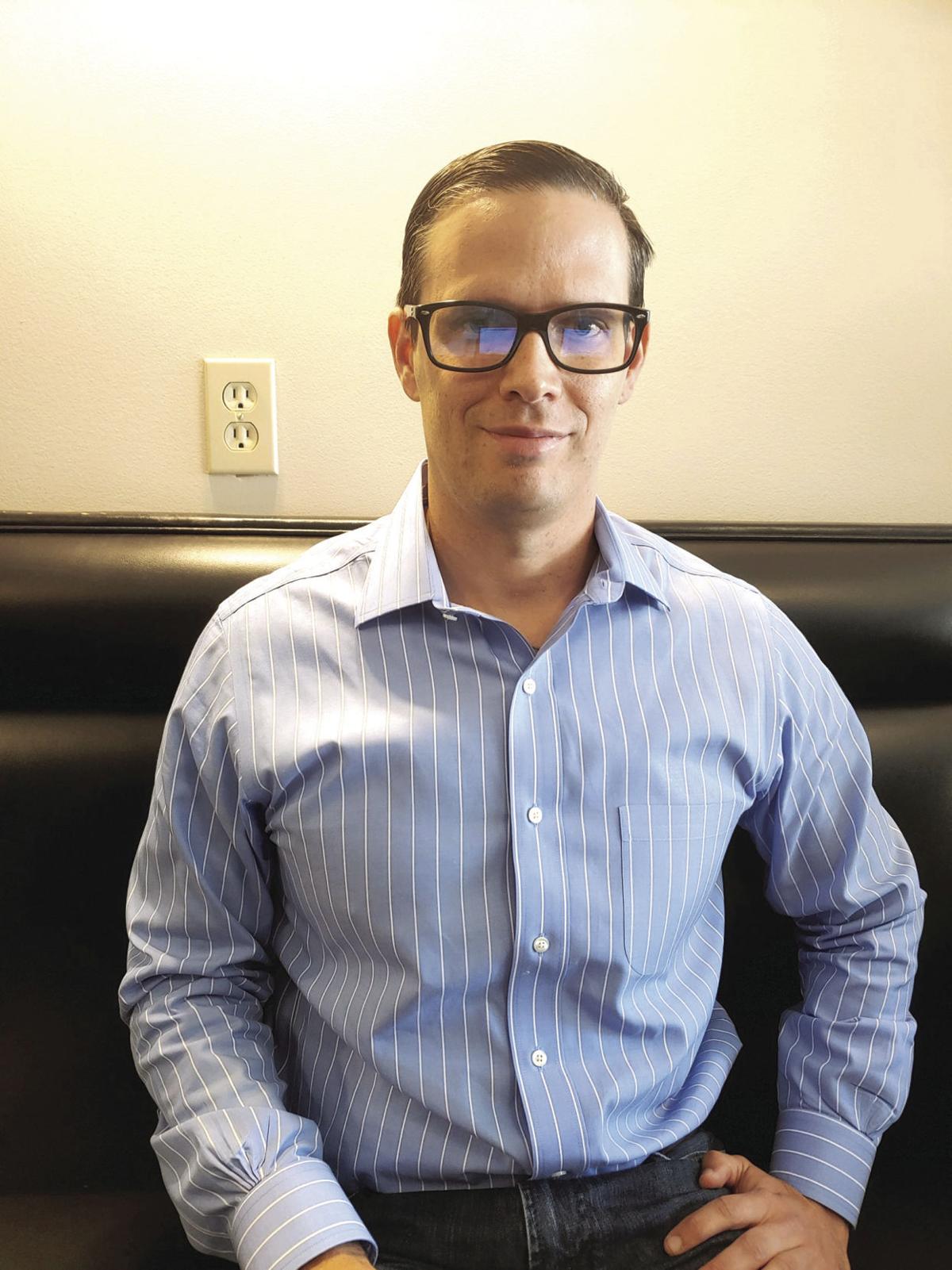 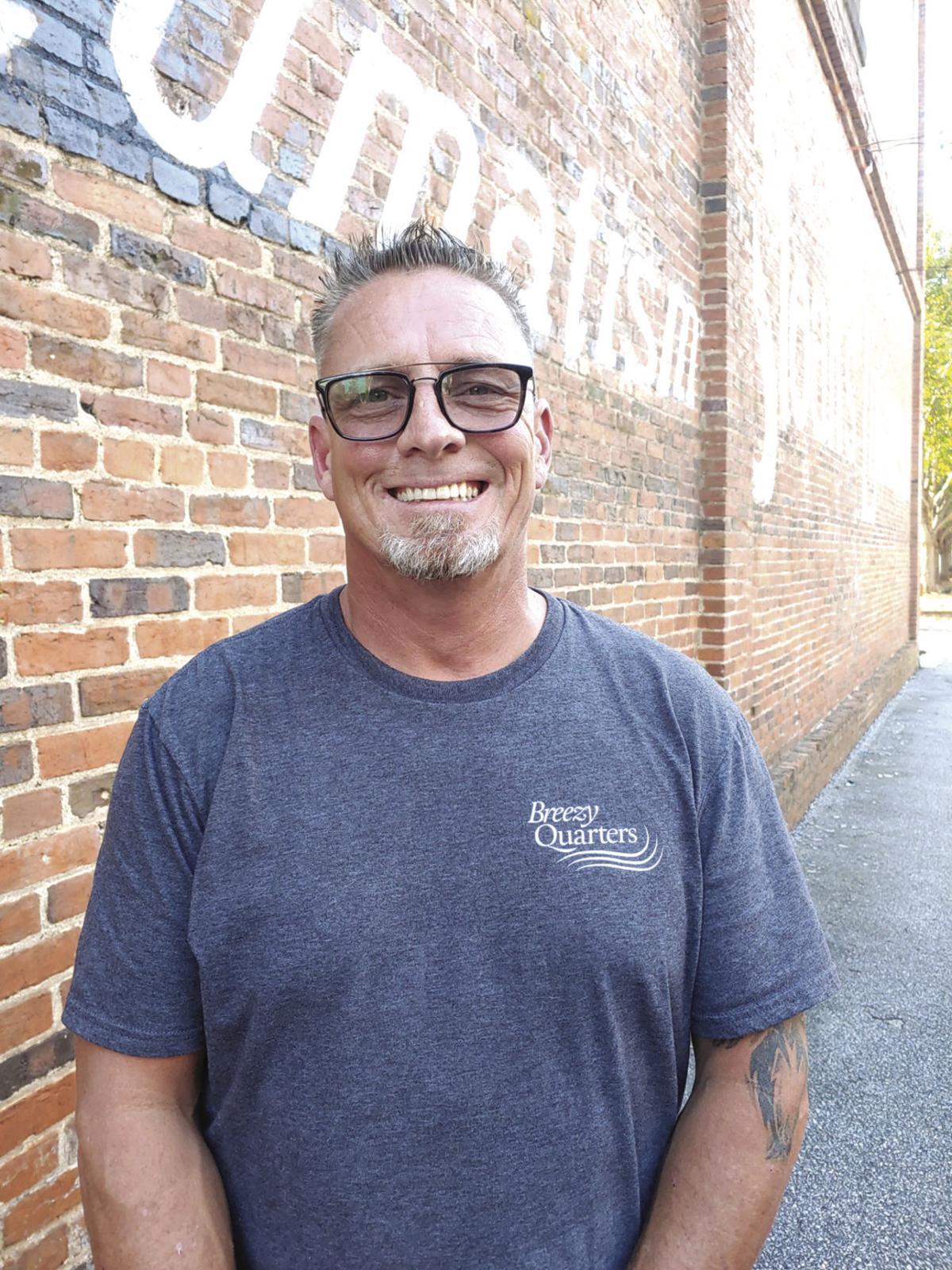 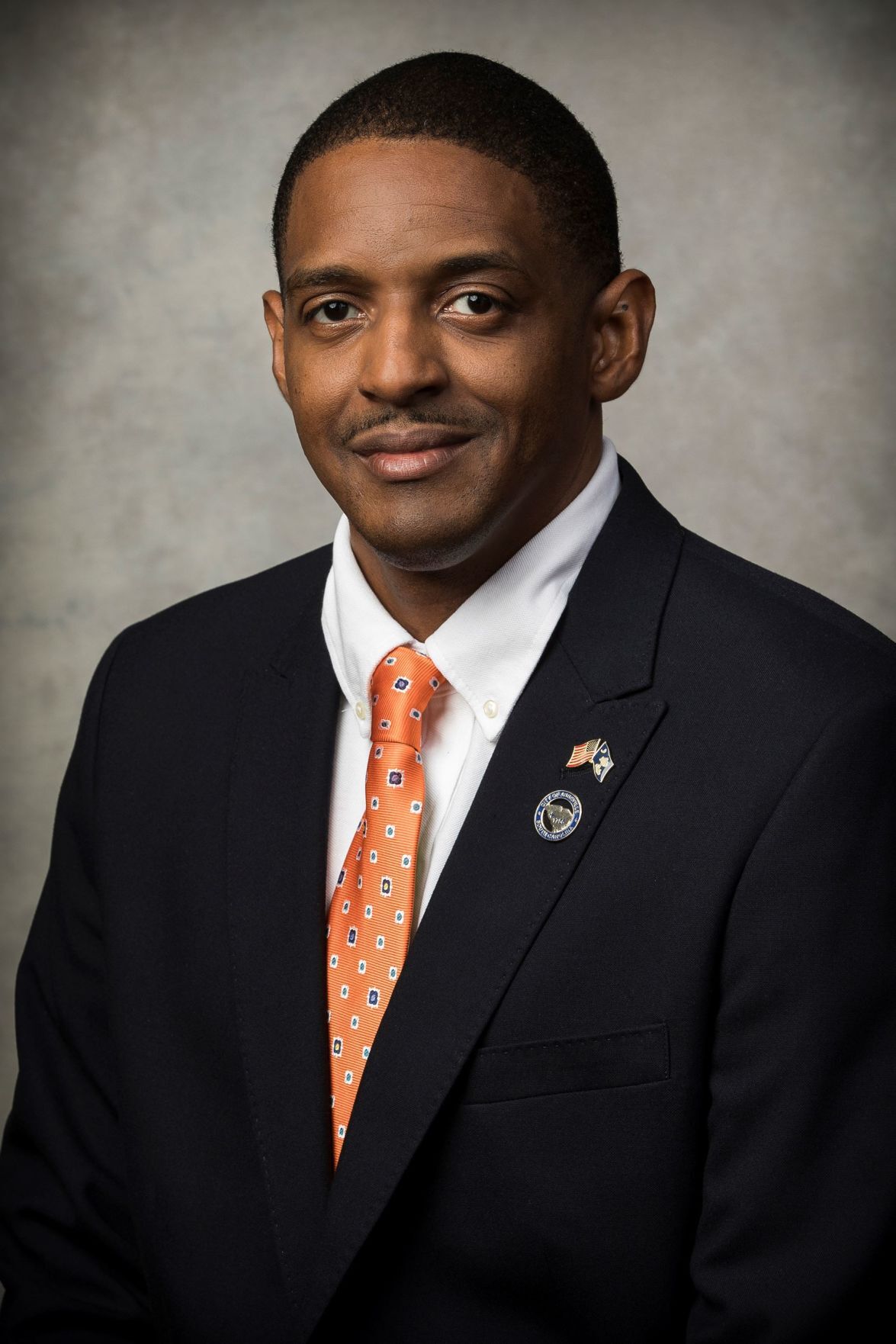 The race for Abbeville mayor is one of the busiest races in the area, with Mayor Santana Delano Freeman facing three challengers: Trey Edwards, Joshua Baughman and Eric Delgado.

Freeman touts his 20 years of public service as an asset for the city.

Freeman said his focus during his first term as mayor was stability. The council lost half its members. Now, the city has all its positions filled, including a city manager.

During his tenure, he said the city has improved infrastructure through work on the water and sewer lines and improving customer service. Water projects include Mills Street, which is under construction, and McGowan Street, which is in the planning stage, he said. Work also is being done on the sewer plant. The city won’t stop on the water system work until everyone has new water lines.

He said one of the city’s accomplishments is establishing an economic development position devoted to creating opportunities in the city. The police department is fully staffed and the fire department has reached a good ISO rating, which is resulting in lower homeowner insurance rates for residents. A first responder program is in place which will let the fire department respond to all 911 calls.

Plans during a second term include improving communication with the city through a “town hall” schedule of meetings. The goal is to counter people getting information through secondhand sources or by assumption, he said. People will be able to ask questions and get answers.

One of his goals is increasing the quality of life.

“I want Abbeville to be a place millennials will want to come back to. To attract young people, Abbeville has to be a special place,” Freeman said.

An example is the renovation of the Opera House, he said, adding that he hopes the city can diversify entertainment while holding onto shows featured in the past.

“We had more going on with projects in the last 3½ years than in than last decade, with $5.4 million in grant funding,” Freeman said.

Progress is a result of city’s leadership as a whole, he said. It’s been a team effort.

“Our decisions affect over 5,000 citizens every day ... so we have to make good ones,” Freeman said.

He said he considers himself “a professional at all times.”

“Voters will get a 20-year incumbent and someone who cares about the city,” Freeman said.

Eric Delgado wants to be the mayor of Abbeville, but he doesn’t want to do the job alone.

He calls on people in the community to work to make things better. The government doesn’t have to do everything, he said.

“Basically, I want to empower the community,” Delgado said.

The Opera House is an issue Delgado is interested in. He thinks the city needs to form an official board like Newberry, which he said is when a board makes sense.

Should the city manager and administration lead arts and cultural events? Is that something they really understand?

“We need to stop flying by the seat of our pants and put the future of the Opera House in the hands of the key stakeholders that matter the most: our community,” he said. “We need checks and balances and for me the best way to do is to form an official city-sanctioned 501©(3) nonprofit organization that is overseen and composed of a board of community volunteers, the city manager and the mayor.”

A 501©(3) run by community volunteers would save the city money (the city wouldn’t have to pay salaries), provide transparency, and protect the Opera House’s integrity by placing it in the hands of the people that best understand it.

Openness also is an issue for Delgado. He said development of a city dashboard to make information more available to residents is one of his priorities. He also expressed concern about the use of executive sessions at council meetings.

Some members of council don’t have contact information available. “I want to make all information as transparent as much as is legally possible,” Delgado said.

“I’m not anyone’s close friend. I’m a military guy, I’m a straight-shooter. I don’t have any special interests, except the welfare of the city,” Delgado said.

Trey Edwards is not shy about working hard and taking the initiative. He has ideas for Abbeville and is ready to implement them if elected mayor.

Edwards ran for mayor four years ago and then ran for and won the District 3 Council seat. He has served for 2 1/2 years.

Improving the city’s appearance is a concern for Edwards, who expressed a desire to develop an ordinance to hold building owners and landlords responsible for the condition of their properties.

One example involved Edwards taking the initiative to cut overgrown grass at an apartment complex with his own equipment. Edwards said the next day, the owner of the complex called to thank him for his effort. The next day, workers were on site fixing the grounds.

“We, the mayor and the council, should be ashamed that we allowed it to get that way,” Edwards said.

An unsafe environment is not appealing to outsiders or anyone considering relocation, he said.

About 22 buildings around Court Square are vacant, he said, adding that he wants to pursue grants for building improvements, such as building facades. He lauded the work that has been done on properties on the Square.

Regarding economic development, everybody is waiting on a “Hail Mary” play for jobs, he said. The city has lost CSX and textile operations. As a result, a lot of people are going to Greenwood. Edwards said he wants to bring in small industries. He also wants to work with all local business owners to promote and develop their businesses, not just the ones on Court Square.

Edwards touted experience of nearly 28 years in construction as qualifications. In his work, he has traveled up and down the Eastern Seaboard and spent 2 1/2 years in Mexico working on a project.

“I see what works and I’ve seen what people tried and didn’t work,” he said.

“I talk, I listen and I follow up to make sure everything gets done,” Edwards said. “I grew up here, my heart is in it (Abbeville) and I want to see it succeed.”

Infrastructure is a big issue in Abbeville and Josh Baughman wants to take it on if he is elected mayor.

Experience in public service arose from serving from 2012-17 on the Abbeville County Council and since 2017 on the Greater Abbeville Chamber of Commerce as president of the board of directors.

Baughman said he was 25 when he was elected to the council. “I had a different perspective on how our form of government works. You don’t anticipate how slow it actually works.”

Training from the Municipal Association of South Carolina taught him how government works, such as budgeting and the role of elected officials.

His first two years on the council were an eye-opener, he said. Changes included working on per diems and payments made to council in lieu of insurance. The payments were canceled, he said.

Sometimes, there is a lack of communication about the council’s operations that results in information not getting to citizens in a timely manner, he said. During his term on the council, social media was not used. These days, information moves much more quickly. Baughman vowed to use all the platforms he can to make sure information gets to citizens and to boost transparency.

One example of getting information was the council’s work on the use of roll carts. Baughman said he mailed 350 letters to District 7 residents on the issue and requested input. He received about 180 responses, 74 in support of the plan and 30 against it.

One of Baughman’s goals is development of the city’s parks. There is a lot of green space in Abbeville, but only three parks have playground equipment. “That equipment is something I played on,” Baughman said. “It’s got to be at least 30 years old.”

He has videos of various parks in Abbeville. They show metal equipment. Some, he said, have sharp edges. In one video, a tree seems to be growing directory in front of a park bench.

Baughman said he recalled playing at some of the parks, adding that he hates to see that these kids don’t have that opportunity. The parks should be safe, welcoming and have new equipment.

Repairing city parks could be done with funds from the city’s hospitality tax, he said. It was created to develop parks and tourism.

“Youths and children deserve that support. As a parent and every parent I’ve talked to have said they would love to see updates to the parks,” he said.

He recalled reading a study that indicated that updated parks can raise the quality of life. “If we want to attract more homeowners into our town, then we have to start increasing the quality of life for all residents,” Baughman said.

Infrastructure updates involve developing a master plan for the city. Abbeville has an aging infrastructure. Waterlines are made of iron, are 100 years old and are still in use, he said. The city has 82 miles of waterlines. City residents occasionally have to deal with brown water, especially after times when lines are flushed when rust and particulates break off from the pipes.

Baughman’s goal for a master plan calls for hitting critical areas at a rate of 5% a year for the next 20 years. He admitted he is unsure if the cost for such a project has been determined.

Funds for work on water systems are available from community development block grants to low-interest loans, he said.

“I’ve lived here all of my life; I’m invested here and our business is here,” Baughman said. “My family is here and I wouldn’t want to be anywhere else.”