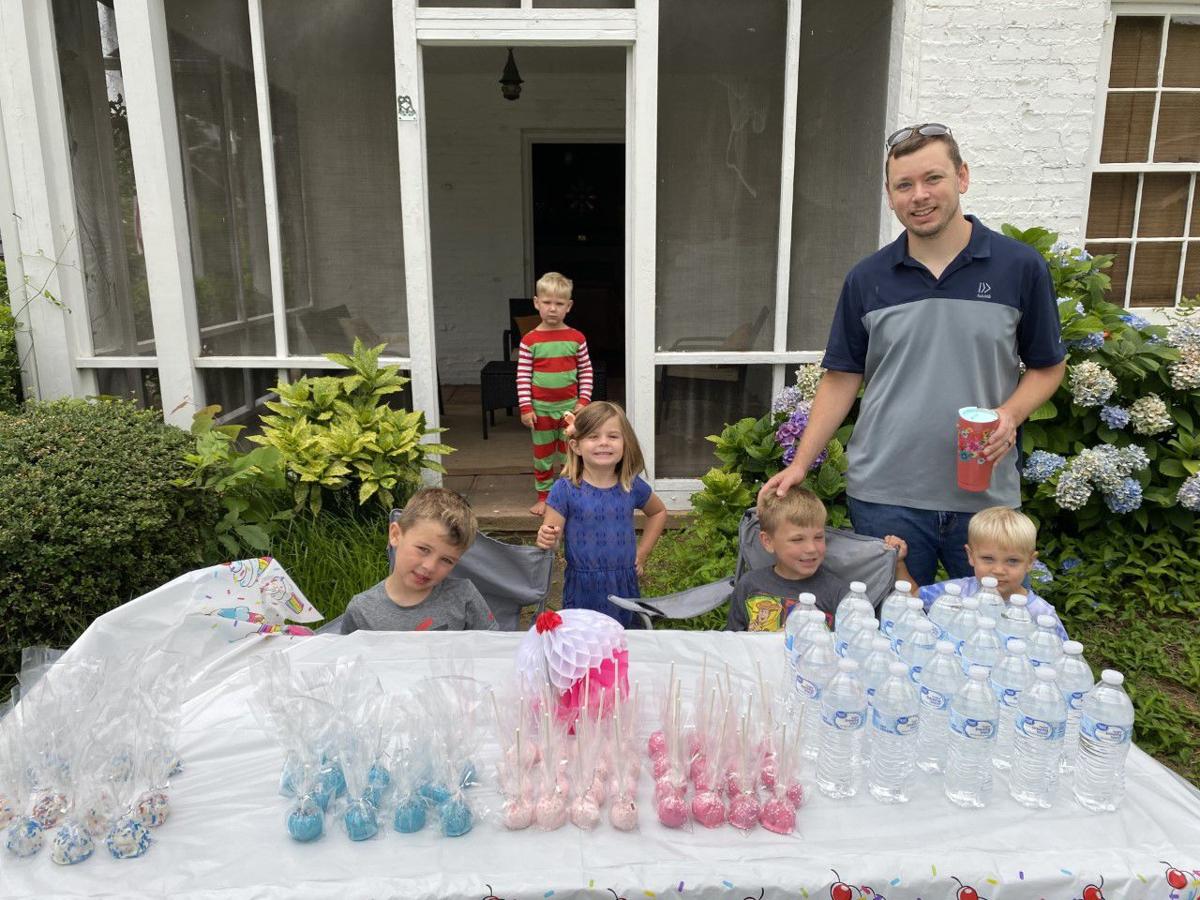 Tabor Henson, left, and her son, Asher, stand at a table during a bake sale they hosted Tuesday.

Tabor Henson, left, and her son, Asher, stand at a table during a bake sale they hosted Tuesday.

A word the Henson family abides by in their everyday lives is “intentionality.”

Tabor’s 7-year-old son, Asher, has certainly heeded his family’s motto. When he spotted a homeless man standing at an intersection alone and hungry on Father’s Day, he knew something had to be done.

“Asher is very aware of things like that,” Tabor said. “I’m a stay-at-home mom so he’s always with me whenever we have these encounters and it’s been something that he’s been sensitive to.”

Tabor said Asher asked her if they could give the man all their money, and while she wanted to say yes, she had to explain to him that they need money to take care of him and his siblings. Instead, the Henson’s bought the man dinner and Tabor’s husband, Brandon, helped him get situated at the Pathway House.

This wasn’t enough for Asher, so he decided to host a bake sale to raise money to help homeless people. Tabor posted about the bake sale on social media, and by Monday afternoon, people from across the country were sending her money.

“They were like, ‘We can’t be at the bake sale but we want to join Asher in this,’” Tabor said. “We had people from Kentucky, South Georgia and North Carolina send money because they just wanted to be a part of it.”

Asher wanted to raise $20 so he could make “blessing bags” so the next time he encountered someone who was homeless, he would have an immediate way to help them. Each bag includes a toothbrush, toothpaste, deodorant, a gift card for a meal and a bottle of water. By Monday night, the Hensons had raised more than $250 from Venmo donations and the initial social media post.

The Hensons hosted two bake sales on Tuesday in their front yard, which included cake pops Tabor baked. The first session was from 9-10:30 a.m. and in more than $200. The second session was from 5-6:30 p.m. and the family collected so much, they had to get more bags to put the money in.

Tabor did not expect a lot of support for the sale since it had rained a lot and it was muggy outside. Some people the family knew stopped by, people who happened to drive by the bake sale supported and even some Lander University students from down the road came and told Asher how proud of him they were.

“That’s such a blessing for me to get to see college students do that sort of thing,” Tabor said.

The Hensons raised almost $1,100 by the end of the bake sale, which blew Tabor away. She told Brandon, who’s an associate pastor at West Side Baptist Church, that it’s never convenient to do something like this. Both had to change their schedules to make the bake sale a reality, but she said she is glad they did.

“I love that this was Asher’s idea but it involved our whole family,” Tabor said. “We’re excited about making these bags.”

A few people have even asked Tabor about purchasing the bags when they are complete so they, too, can help when they see an individual in need. The blessing bags that do not get purchased or given out will be donated to the Pathway House.

“It’s not fixing the problem, but it’s taking a step to doing something,” she said.

Asher said he wanted to help people so they won’t stay homeless, so they have food to eat and so they know they are loved.

Tabor hopes they can do something similar to the bake sale in the future.