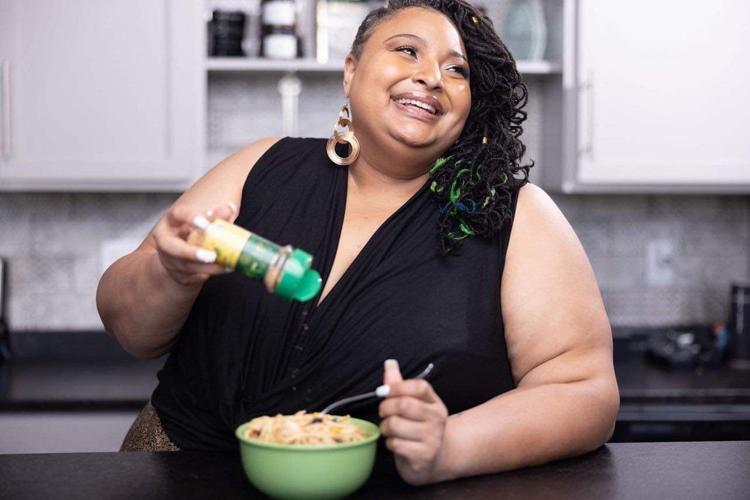 JaLeesa B. Wideman of Greenwood is a vegan social influencer with a growing following. She recently launched her first two custom seasoning blends in her That Plus Size Vegan spice line. 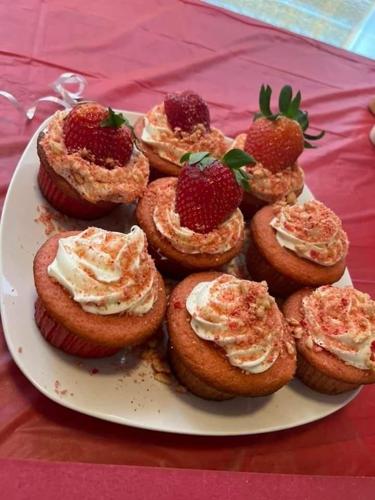 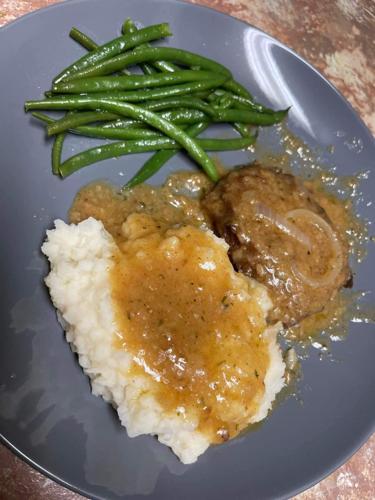 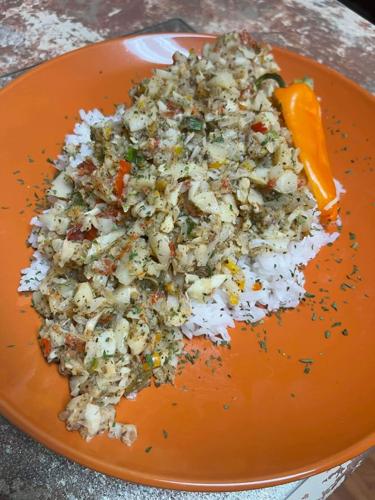 A vegan Jamaican ackee and saltfish-inspired dish on a bed of jasmine rice. 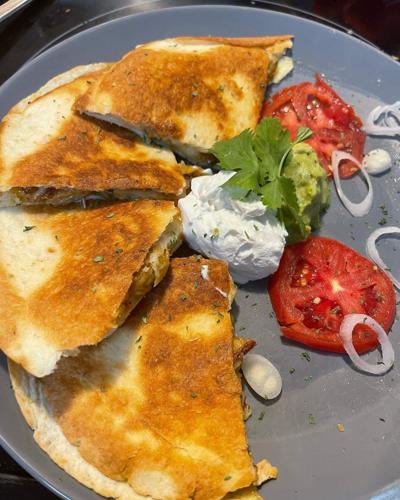 A quesadilla using ready-made vegan chicken and a topping of vegan sour cream.

JaLeesa B. Wideman of Greenwood is a vegan social influencer with a growing following. She recently launched her first two custom seasoning blends in her That Plus Size Vegan spice line.

A vegan Jamaican ackee and saltfish-inspired dish on a bed of jasmine rice.

A quesadilla using ready-made vegan chicken and a topping of vegan sour cream.

Starting with two options — an all-purpose blend and a “mac & cheeze” seasoning — Greenwood-based social media influencer, JaLeesa Bone Wideman, aka That Plus Size Vegan, has launched her own spice line.

Wideman is also contemplating the launch of an e-cookbook and continuing to grow her line of spices.

“Still to come are some for those who like flavor with a little heat,” Wideman said of Caribbean Festival. “And one that would make my grandmother proud, someone who was known for her chicken and dumplings. Many will be dedicated to people who mean something to me, who have passed on. Right now, I’m blending all varieties myself. But, things have expanded so much that I’m looking for a manufacturer.”

A family/community partnerships liaison with GLEAMNS Human Resources Commission’s Head Start department, and married mother of two, Wideman said she’s always struggled with confidence and self-esteem but has been encouraged by the number of followers on social media who have reached out to her with questions about plant-based meal prep and more.

Hodges said Wideman’s seasoning launch caught her attention, but she’s known JaLeesa for quite some time through Lakelands nonprofit circles.

“Sometimes, I like to make meatless dishes,” Hodges said. “... I tried the All-Purpose blend first. What I like most about it is that it’s low-sodium and it’s not overpowering. It didn’t take away from the natural flavor of vegetables I used it on. I then tried the Mac & Cheeze on a simple pasta dish that I made at home. It’s also very low-sodium and has a smoke flavor that enhances dishes.”

Hodges said she cooks non-vegan macaroni and cheese, using lots of dairy milk and butter in her recipe.

While Hodges’ isn’t vegan, she says the vegan Mac & Cheeze seasoning’s smoky flavor will add a nice touch to her next batch of macaroni.

Hodges said it would be great if Wideman’s brand grows to the point where restaurants and grocery stores start stocking and using her products.

“I was one of the first to order when they launched,” Puckett said. “My kids have used the Mac & Cheeze one on grits and popcorn. I’ve watched many of her live cooking demos and made several of the dishes, including JaLeesa’s vegan macaroni and cheese, which is very, very delicious. ... When JaLeesa recently did a seven-day raw vegan challenge, I did that.”

The challenge involved eating raw vegetable and raw fruit meals for one week, May 1 through 7.

“It was kinda hard at first,” admits Puckett. “I made it the whole seven days, all three meals per day. ... The overnight rolled oats with almond milk and maple syrup, topped with fresh fruit before I ate it in the mornings, was the best meal of the day.”

Puckett said she’s not “a big vegetable person” but she’s eating more now, opting for noodles made from vegetables in pasta dishes and tomato sauce with veggie crumbles.

“I always thought nobody would believe a heavy-set, plus-sized woman is a vegan, but I realized I should show them,” Wideman said. “I had to be my own motivator. I think that’s probably my great-grandma’s spirit in me, too. She raised me and was a big part of my life. I really want to do a vegan festival here.”

Wideman’s journey toward a plant-based lifestyle that does not include animal-based products has taken twists and turns.

“This is my fifth time around with the vegan lifestyle,” Wideman, 34, said. “The first time, a cousin out of Atlanta told me to watch the film, ‘What the Health.’ It was one scene in the film where people were getting ready to process pigs. It was gruesome.”

When Wideman found out she and her husband, Brandon, were expecting their second son, Issac, in 2017, she switched back to a more conventional diet that included animal products.

“I grew up on chicken and dumplings and cube steak and roasted hens and broccoli casserole,” Wideman said. “I made my great grandmother a promise that I would live a healthy lifestyle. For me, that was being vegan...After she passed, I tried it again...but the grieving process was hard, and I indulged in all the things I did not need.”

By her fourth try, Wideman started her social media influencer branding under That Plus Size Vegan and started posting photos of her vegan cooking and videos on platforms including Facebook and TikTok, sharing recipes for vegan hamburger steak and a broccoli cheddar soup bread bowl.

Jan. 1, 2022, Wideman started posting more of her own videos and live cooking sessions.

“I had more than 30 people chime in when I first did it,” Wideman said. “I wasn’t even expecting 10. My biggest goal is to create generational wealth for my kids. An aunt of mine, MiGina Timpson, encouraged me to sell something as That Plus Size Vegan to market myself. She said, ‘JaLeesa, you love seasonings.’”

That Plus Size Vegan spice line began to take shape.

“I started with the all-purpose and Mac and Cheeze,” Wideman said. “I haven’t met many people who don’t like mac and cheese flavors. These blends can be used whether you are vegan or not, on lots of different foods.”

Wideman says her husband is “a meat and potato guy — all the way” but he and their sons, Ellis, 6, and Issac, 4, frequently try her vegan dishes.

For a spaghetti change, sometimes Wideman incorporates a pesto base.

She has also been embracing foods with West African roots, including the starchy fufu and okra.

“One of the biggest benefits I’ve noticed (going vegan) is losing weight,” Wideman said. “My mental clarity is better and my energy level. Even my skin is clearer. ... Honestly, I feel with the change, it’s brought me more in tune with God. ... When it comes to produce, you get what you pay for with fruits and vegetables. Flavor is not lacking when I cook.”

That Plus Size Vegan

Some of Wideman's go-to ingredients:

coconut milk, and a host of fruits and vegetables.

JaLeesa B. Wideman says many of your favorite foods can be "veganized" with adjustments and ingredient substitutions. For example, following is That Plus Size Vegan's recipe for dairy-free sour cream:

parsley, as a garnish once ready to serve, (optional).

Caring for plants an ‘obsession’ for Alston Award winner Coffey