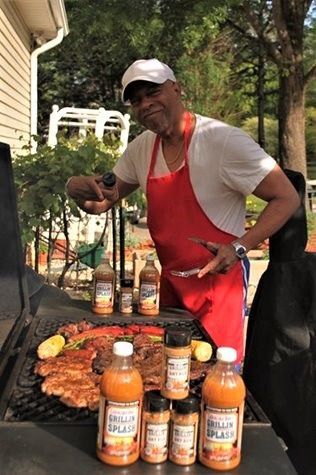 Robert Hoefer Jr., vocal coach and barbecue enthusiast, was already selling his recipe blends when a heart attack and strokes prompted him to create a no-salt version of his barbecue rub. 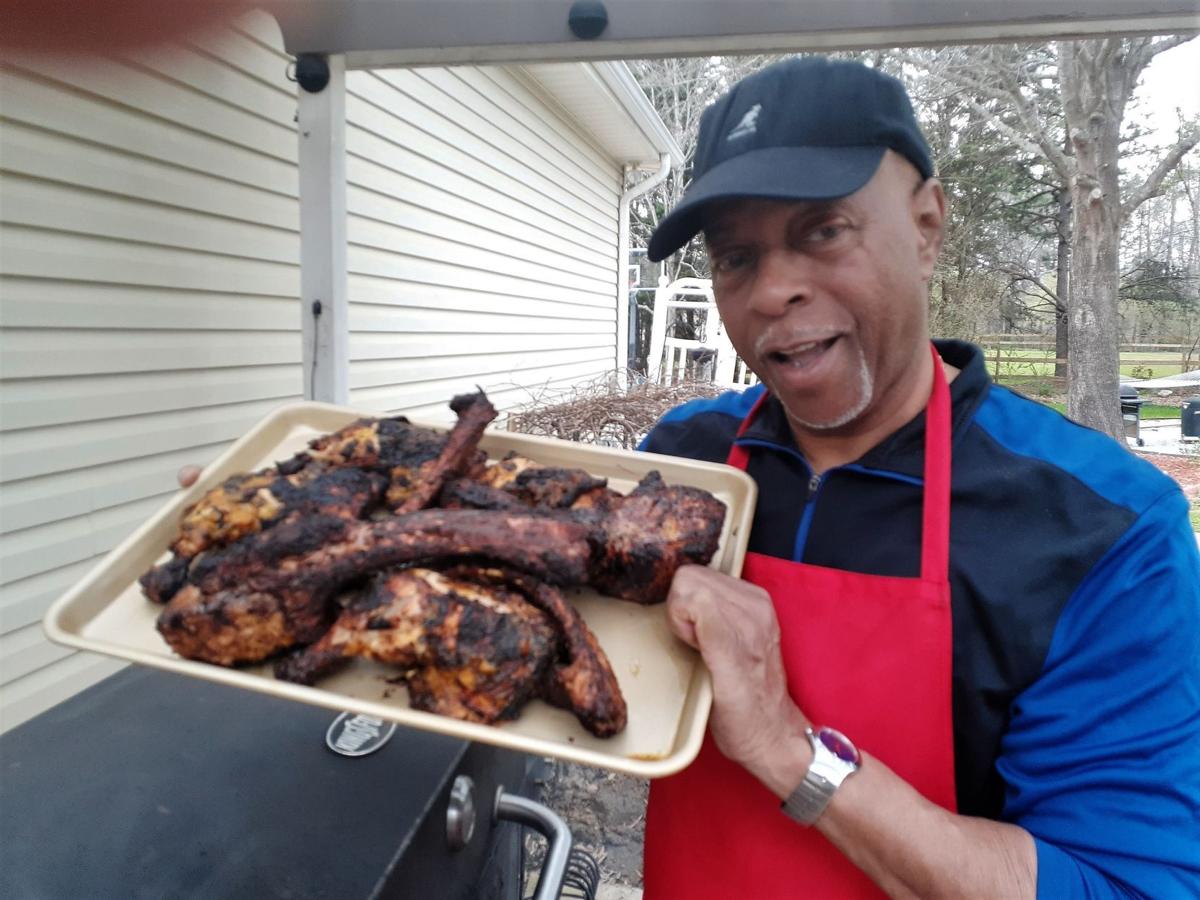 From chops like these to seafood, vegetables and more, Robert Hoefer Jr. says his Carolina Bob’s Grillin’ product line enhances the flavor of many dishes and there’s even a no-salt version available. 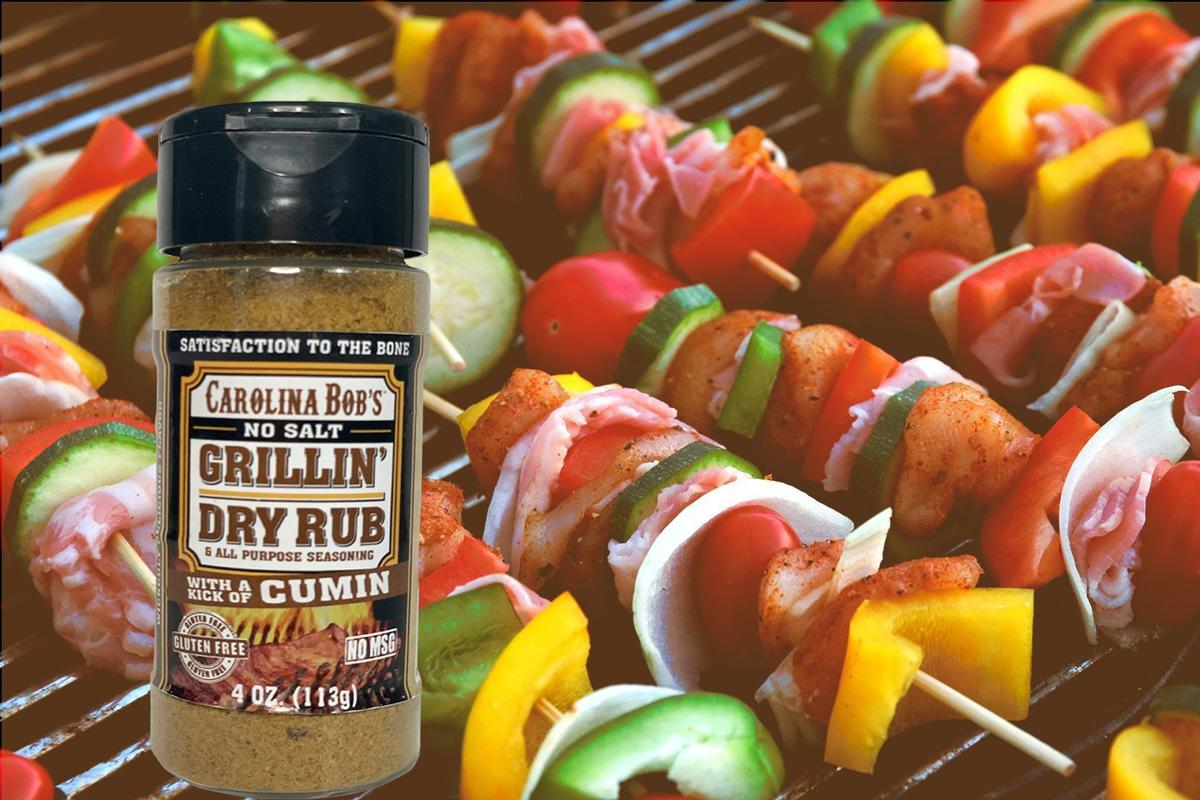 Carolina Bob’s Grillin’ products are sold on the company’s website: carolinabobsgrillin.com and at various Food Lion’s throughout South Carolina, including two in Greenwood. 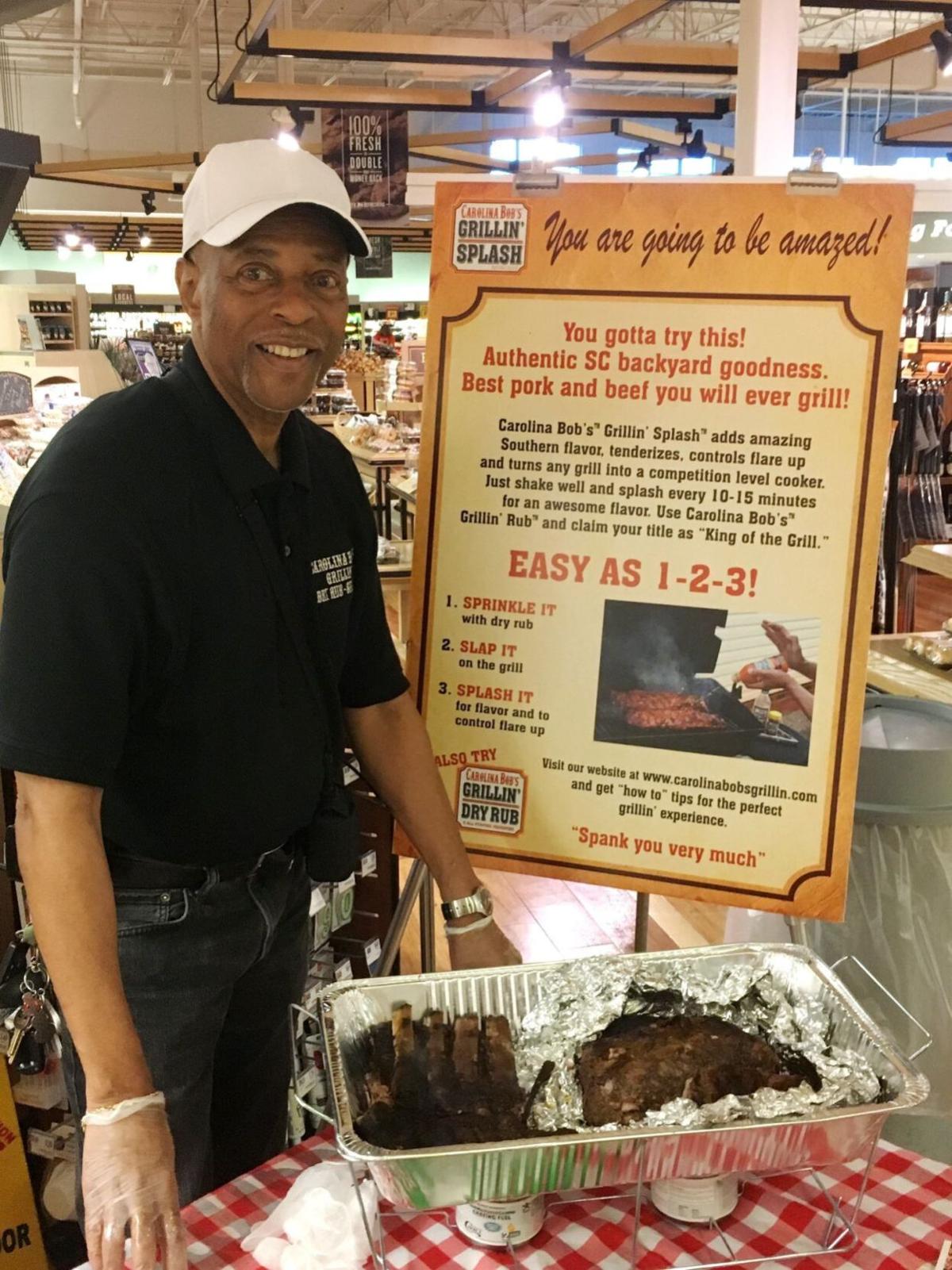 Robert Hoefer Jr., vocal coach and barbecue enthusiast, was already selling his recipe blends when a heart attack and strokes prompted him to create a no-salt version of his barbecue rub.

From chops like these to seafood, vegetables and more, Robert Hoefer Jr. says his Carolina Bob’s Grillin’ product line enhances the flavor of many dishes and there’s even a no-salt version available.

Carolina Bob’s Grillin’ products are sold on the company’s website: carolinabobsgrillin.com and at various Food Lion’s throughout South Carolina, including two in Greenwood.

No salt. Low salt. This is a mantra for one Upstate man after a heart attack and two strokes prompted him to create barbecue seasoning that fits into heart-healthy nutrition guidelines.

Robert Hoefer Jr. of Piedmont is the creator of Carolina Bob’s Grillin’, which now includes a no-salt barbecue rub, with a kick of cumin, along with his vinegar-based marinade and a dry rub version with salt.

Carolina Bob’s Grillin’ can be found in several Upstate Food Lion stores, including two in Greenwood, and you can buy it at: carolinabobsgrillin.com.

If Hoefer’s name is somewhat familiar, he’s the vocal coach behind Pitch Doctors, a Greenville-based vocal training center, that has hosted classes for 20 years, and talent search competitions in school districts throughout the Upstate, including Ware Shoals. He has helped train vocalists for auditions on “The Voice” and “America’s Got Talent.”

“A heart attack — in spring 2019 — just about took me out,” Hoefer said. “Most salt-free seasonings I tried were terrible. I thought there was no way I would be able to enjoy barbecue again...God was my inspiration to take my product and take out the salt, putting in all the good stuff, like turmeric and garlic, cumin and onion.”

“I still work out,” Hoefer said. “I was working out when I had the first twinge in my arm at the time of the heart attack. I was doing squats and I couldn’t breathe. I work out four times a week with a personal trainer. ... My strokes happened after my heart attack. ... The Lord has spared me to do some works. My motivation is to help somebody else who is going through what I went through.”

Hoefer, 63, said his cardiac physicians with the Prisma hospital system in Greenville are now telling patients about the no-salt Carolina Bob’s Grillin’ dry rub, especially if they are on salt-restricted diets.

Dr. Leon Buffaloe Jr., a Simpsonville internist, said he has been recommending Hoefer’s Carolina Bob’s Grilling no salt and low salt products to his patients for about three years.

“I’ve tasted Hoefer’s products and a number of my patients are using them on everything, not just barbecue,” Buffaloe Jr. said.

“I think it’s great he (Hoefer) is taking his health seriously and is doing something about it. It is very difficult to get people to understand the negatives and risks of too much sodium. Most people in this country don’t even know how much sodium they consume in a day. Sodium control is key for managing hypertension.

“If you are on the cusp of needing medication for hypertension, if you can eliminate some of the problem foods, you can see your blood pressure start to come down.”

Buffaloe Jr. said no one relishes a bland diet.

“Having a seasoning that makes you enjoy the food is great,” Buffaloe Jr. said. “I tell people all the time that heart attacks and strokes really do take the fun out of you.”

Buffaloe Jr. said “it’s huge” to be able to share that someone with cardiovascular issues has come up with a seasoning that’s “tasty and “low-sodium.”

“I tell people to go try it out,” Buffaloe Jr. said.

Hoefer’s love for tasty barbecue goes back a ways.

“As an avid novice griller back in the early ’80s, my recording group manager was a sergeant who served in Vietnam, invited us over for barbecue,” Hoefer said. “It was the best, ever, that you could imagine.”

For years, Hoefer attempted to emulate that flavor profile with his own barbecue.

“Finally, the eureka moment came when I finally tweaked his recipe,” Hoefer said. “I invited him and his wife over and they told me that I had something.”

Hoefer has worked with the Food and Drug Administration and the South Carolina Department of Health and Environmental Control to ensure his newer salt-free product meets requirements and has flavors in line with his other Carolina Bob’s Grillin’ products.

“I’m seeking investors and funding to grow,” Hoefer said. “And, I want to work with as many hospitals as possible, to get word out about the product.”

“Even my littlest daughter, who’s 13, helps with labeling and puts the product in my car. ... I want to be around to see her grow up.”

Hoefer said he wanted to showcase his products during the 20th anniversary of the South Carolina Festival of Discovery in July, but it didn’t pan out this year.

He shares some of his favorite barbecue recipes on his website and welcomes recipes from Carolina Bob’s Grillin’ fans.