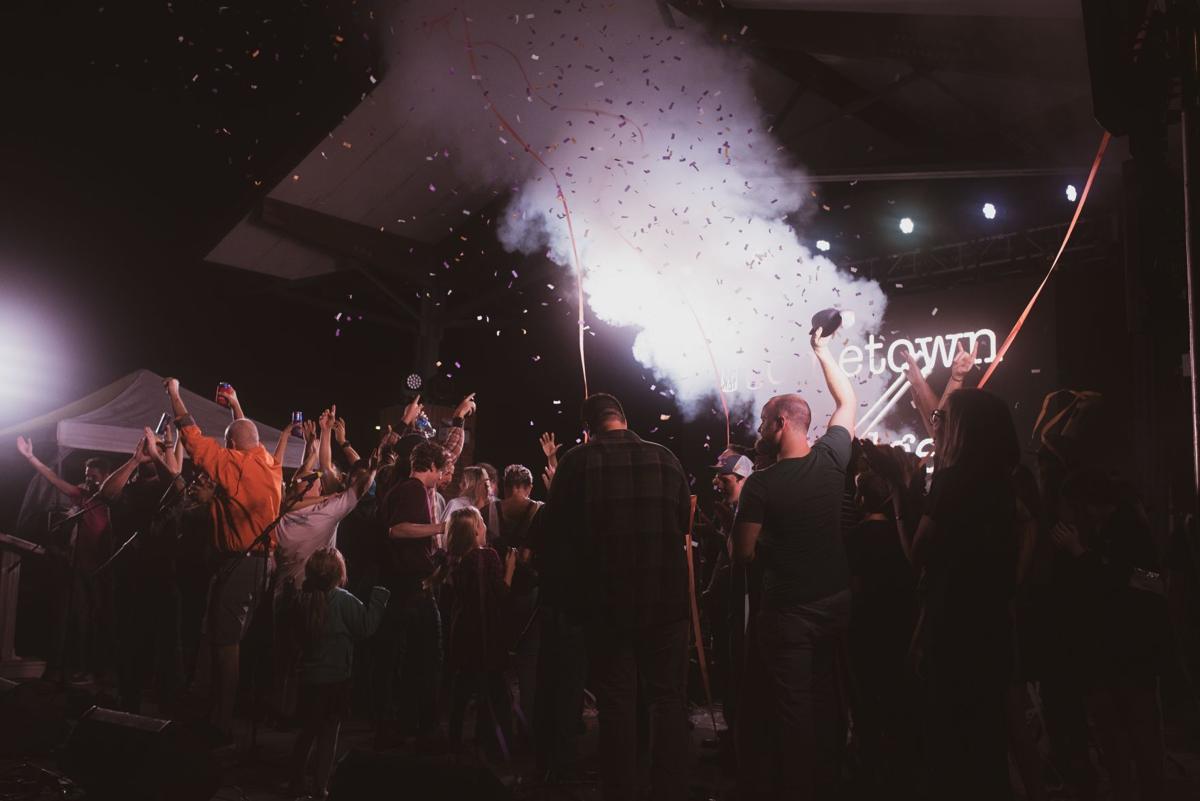 Plans are in the fall of 2021 for Greenwood Performing Arts and local musicians to again team up for an outdoor concert. 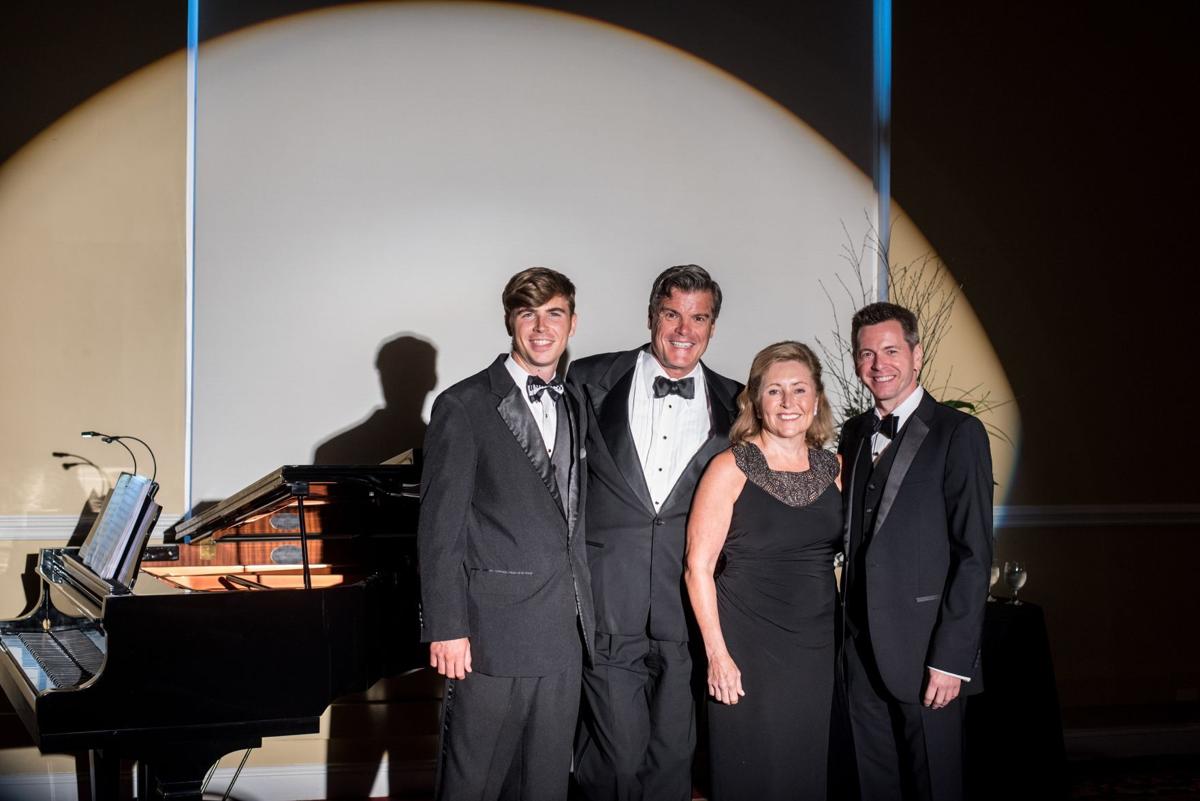 Greenwood Performing Arts launched its 70th anniversary in Greenwood with a black-tie gala at the Arts Center at the end of August. Guests enjoyed musical selections provided by pianist Ethan Flowe and vocalists Nat Chandler and Keith Jameson, with accompanist Martha Beaudrot. The four native Greenwood artists were nurtured by the local musical scene. In 2021, Greenwood Performing Arts looks to celebrate its 75th anniversary. 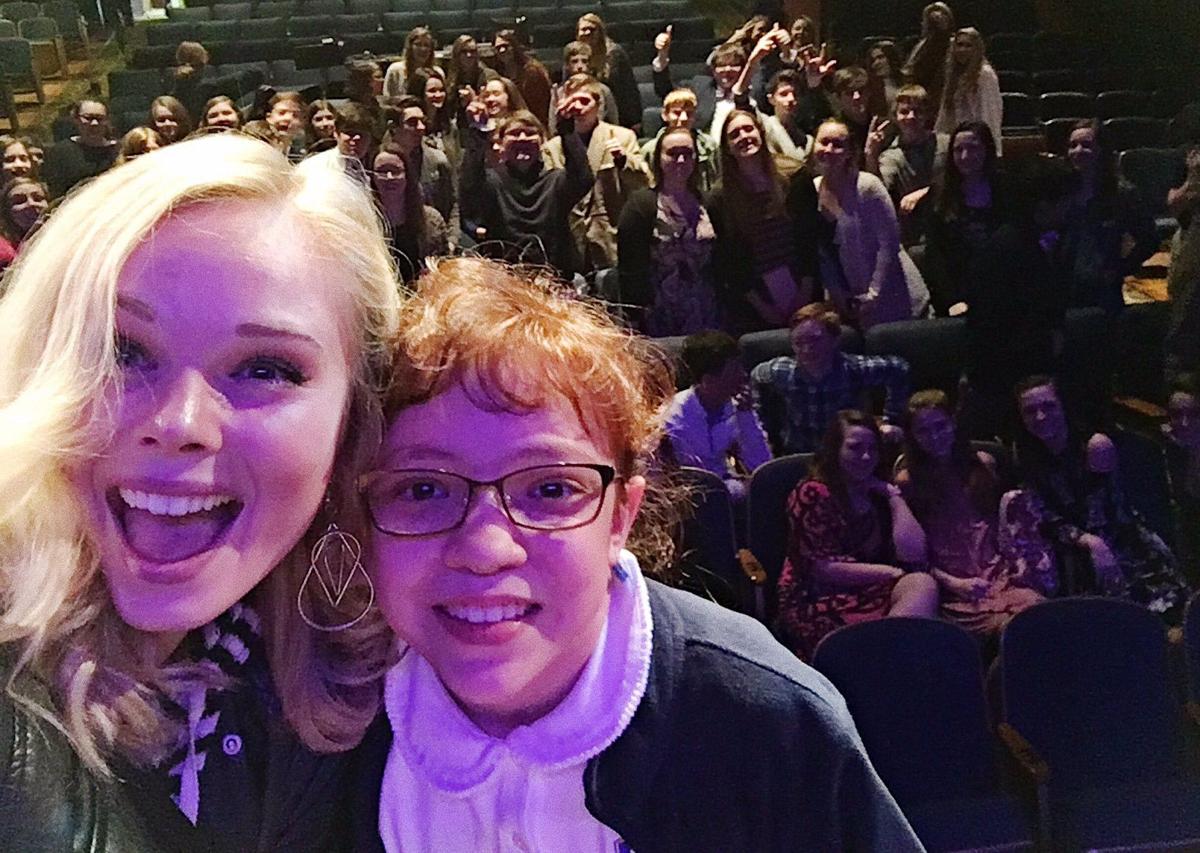 Plans are in the fall of 2021 for Greenwood Performing Arts and local musicians to again team up for an outdoor concert.

Greenwood Performing Arts launched its 70th anniversary in Greenwood with a black-tie gala at the Arts Center at the end of August. Guests enjoyed musical selections provided by pianist Ethan Flowe and vocalists Nat Chandler and Keith Jameson, with accompanist Martha Beaudrot. The four native Greenwood artists were nurtured by the local musical scene. In 2021, Greenwood Performing Arts looks to celebrate its 75th anniversary.

Davis grew up in a musical family from Camden. After graduating from University of South Carolina, Davis went to Nashville and released four albums, toured with other artists and is a staff writer for Warner Chappell Music Publishing. Patrick has more than 50 songs recorded by artists including songs for Jimmy Buffet, Lady Antebellum, Imelda May, Darius Rucker, Jewel, Robert Randolph, Guy Clark and more.

Jenkins is a Texas-born, Carolina-raised artist who has been touring since she was 15. She has been tagged by major music outlets as an artist to watch and is also an accomplished actress and filmmaker. She released her debut album in March 2019.

“If people want to get on a waiting list, we may be adding a few more tables,” Sanders said. “We’re trying to be cautious. I feel like we’ve come a long way in a year, but we’re still limiting attendance to be on the safe side. ... We are entertaining the idea of possibly streaming it.”

A goal, Sanders said, is to raise sponsorship funds and bring back Davis and Jenkins in the 2022 season, along with Davis’ touring band, The Midnight Choir.

However, the nonprofit arts and cultural organization is carefully curating a slate of other performances, including a grand 75th anniversary GPA celebration.

This summer, with a date still to be determined, the female music group Farewell Angelina is scheduled to again play the GPA series, Sanders said.

In October, Greenwood musicians will again join forces for an outdoor concert at Lander University’s Jeff May Complex, this time paying tribute to “some of our music forefathers who paved the way for what we see today,” Sanders said. “Seeing older musicians inspire younger ones here is really special. ... What we’ve got planned is off the charts. I’m just a little excited.”

Bad Weather States bandmates Nic Massey and Granger Smith say they are excited for the October show, too.

“We just met to talk about this,” Massey said. “We are talking about some other surprises as well. Last year’s will be so hard to top. ... Collaboration with Derrick Sykora and his team with Hometown Hodges and Custom Audio and Lighting is extremely crucial to this.”

The October 2020 concert at the May Complex featured more than 50 local musicians.

“We want this next one to be inclusive and we want to honor those folks who’ve come before us,” Granger Smith said. “It’s still going to be bangin’.”

In December is the GPA 75th anniversary celebration. Details to be announced.

“We’re also going to try and pepper in a few more performances throughout the year,” Sanders said. “We try to underwrite all our performance costs with sponsorships. We’ve had some cuts in grant funding because we were unable to do community outreach in 2020, but we’ve also picked up some new sponsors in the community, which is thrilling. Part of our mission is outreach and I’m really passionate about that...When COVID-19 is behind us, we will be ramping up outreach.”

Sanders said GPA strives to bring a diverse lineup of professional and artistic performance experiences that are educational and entertaining for all ages.

In typical seasons, a number of scheduled performances offer outreach for senior adults and school-aged children.

“The arts are so important, especially now,” Sanders said. “From a healing and therapeutic standpoint, I’m just so proud Greenwood sees the importance of that. We couldn’t survive without our supporters...We will get back to some sort of normalcy. This is just a bumpy road, but it makes us grow. You just kind of try things.”

Sanders acknowledges businesses have been impacted during the novel coronavirus, but she says those who are able to support arts nonprofits like hers are helping to make sure they “not only survive, but thrive.”

Got ideas for future performances? Share them with Lisa M. Sanders: lisa@greenwoodperformingarts.org or by calling 864-953-2473.

England's Rashford hoping to start vs. Scotland at Euro 2020

Sweden to throw off shackles against Slovakia at Euro 2020

Croatia looks to fire up attack, stifle Schick at Euro 2020