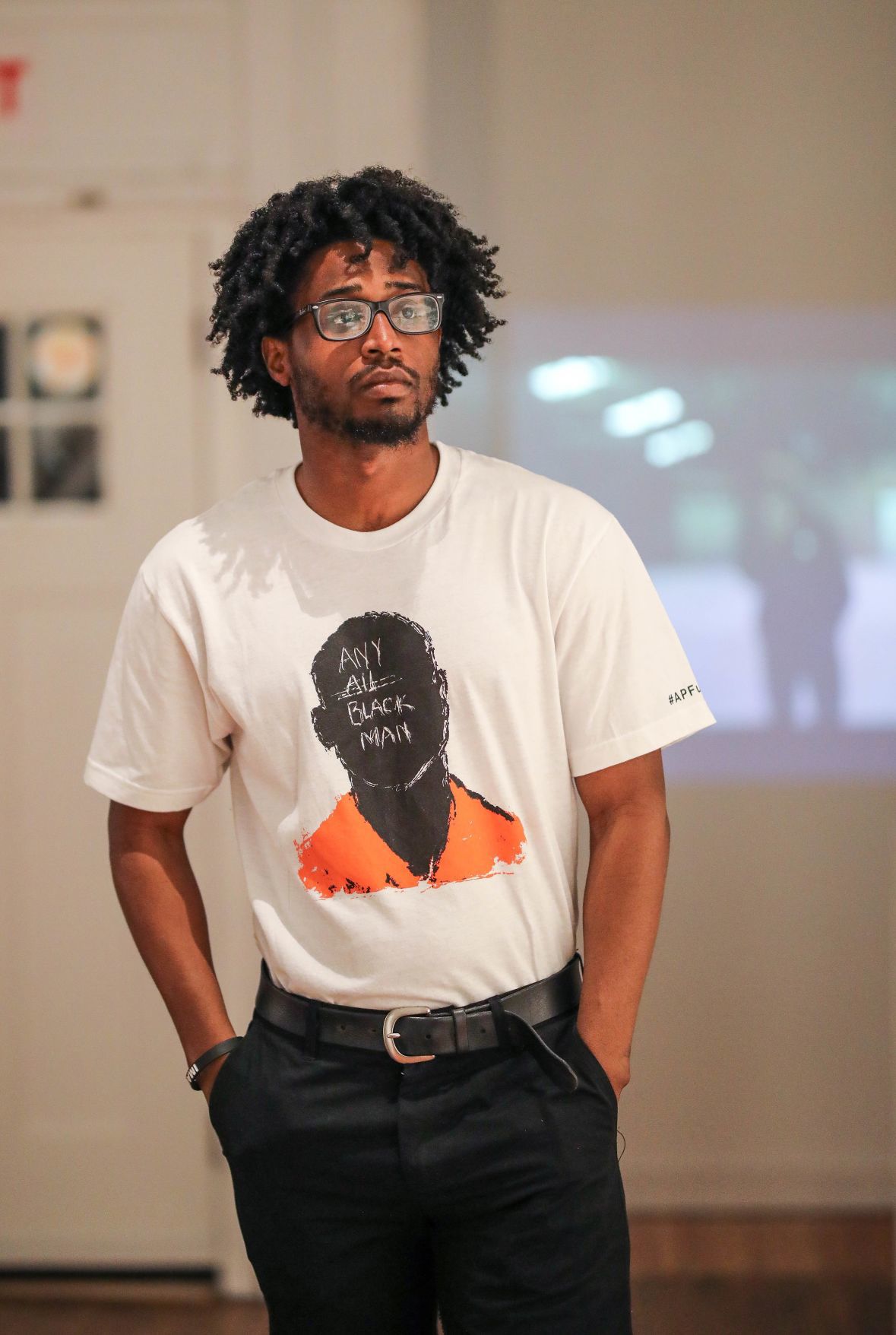 Artist Anthony Patterson of Durham, N.C. (Photo by: Caroline Cockrell for The Black on Black Project) 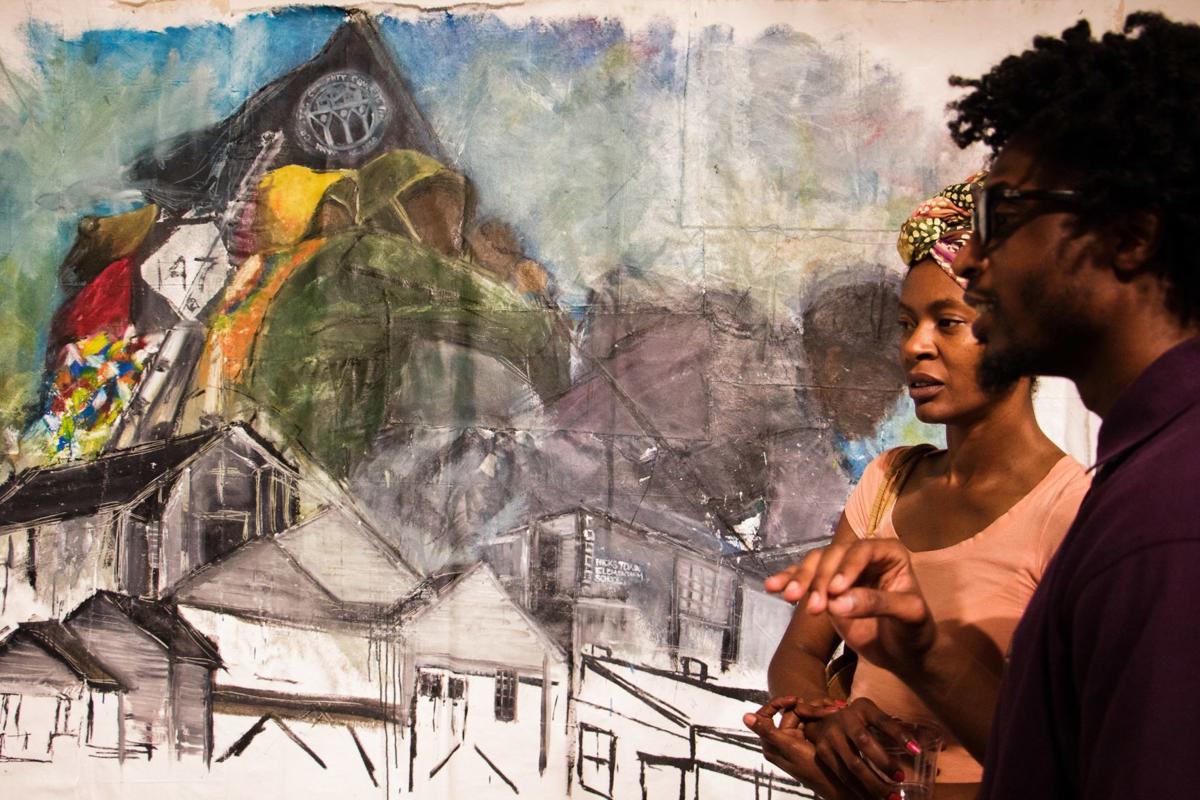 Many of artist Anthony Patterson’s works are narrative, telling stories that are close to home. (Photo by: King Phil) 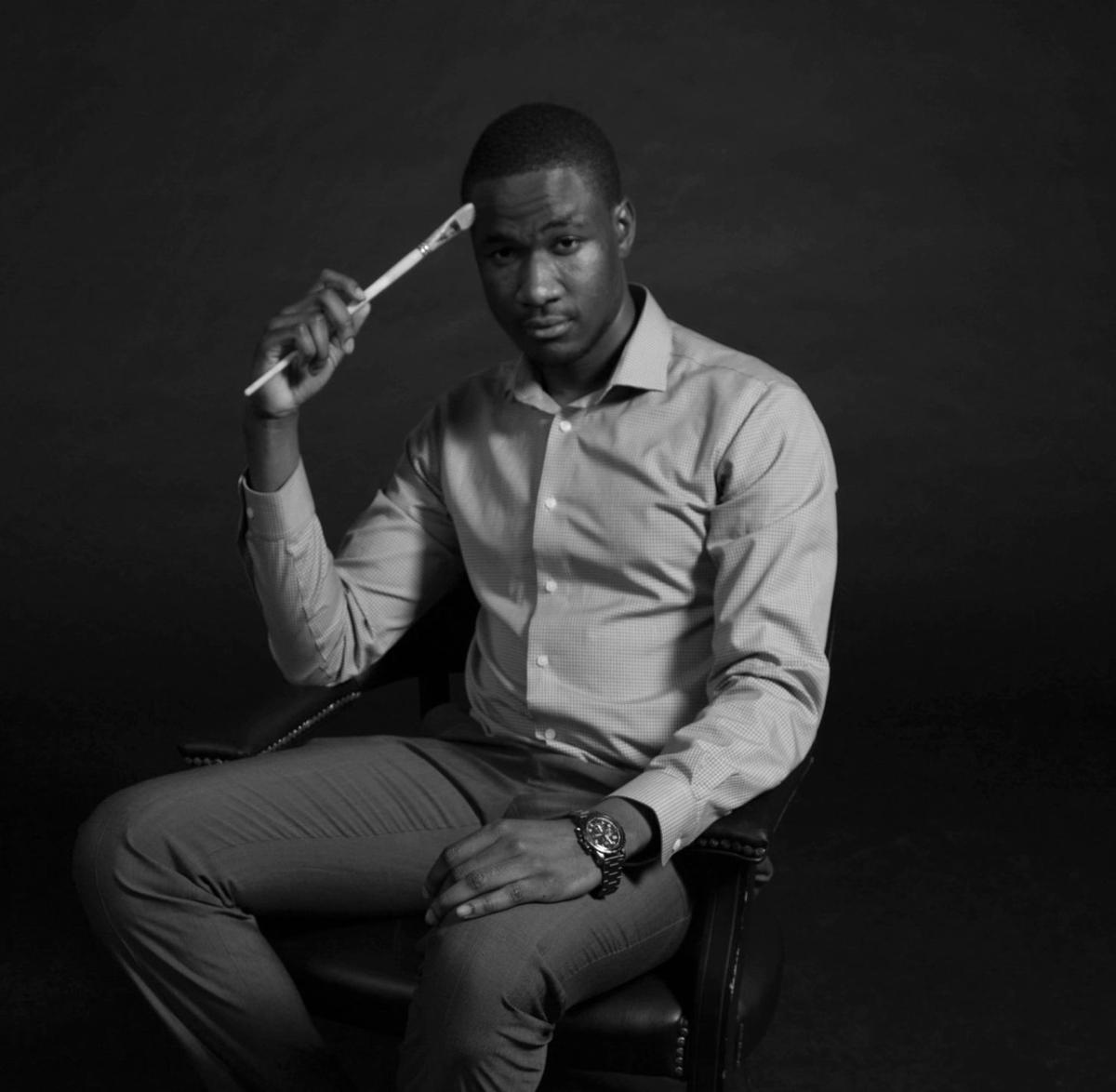 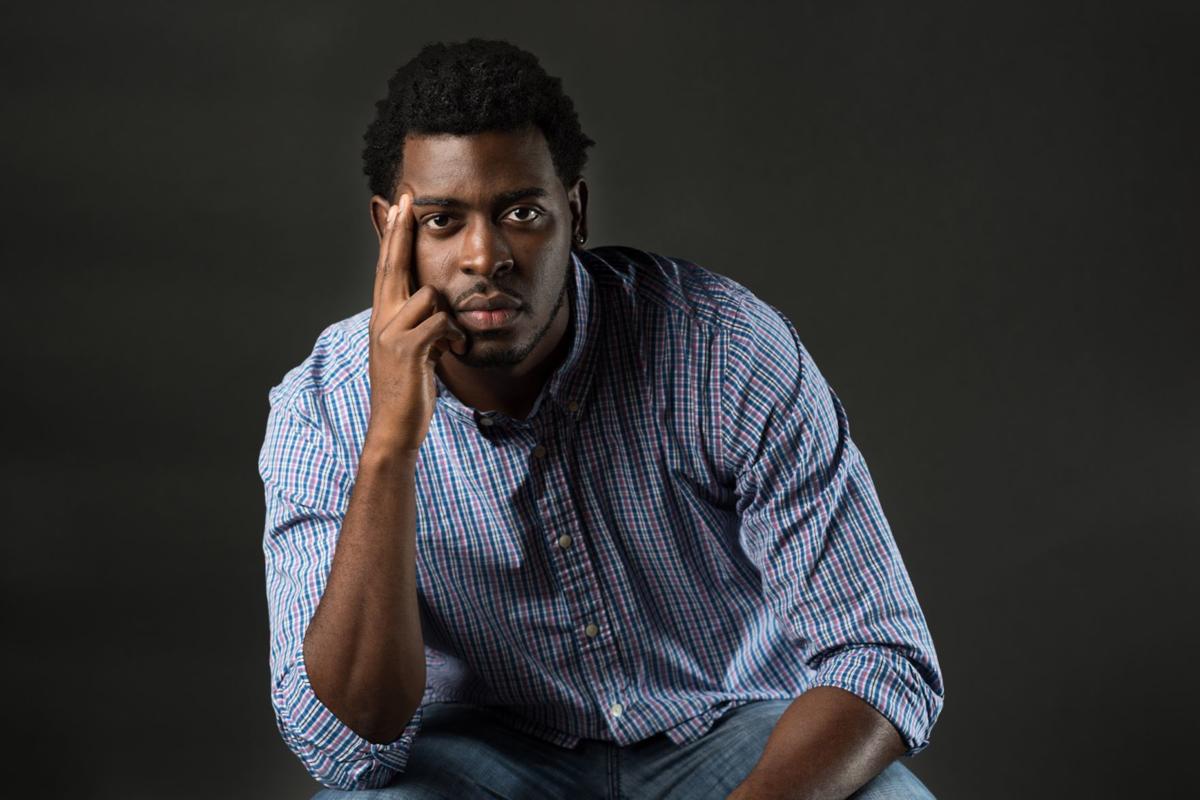 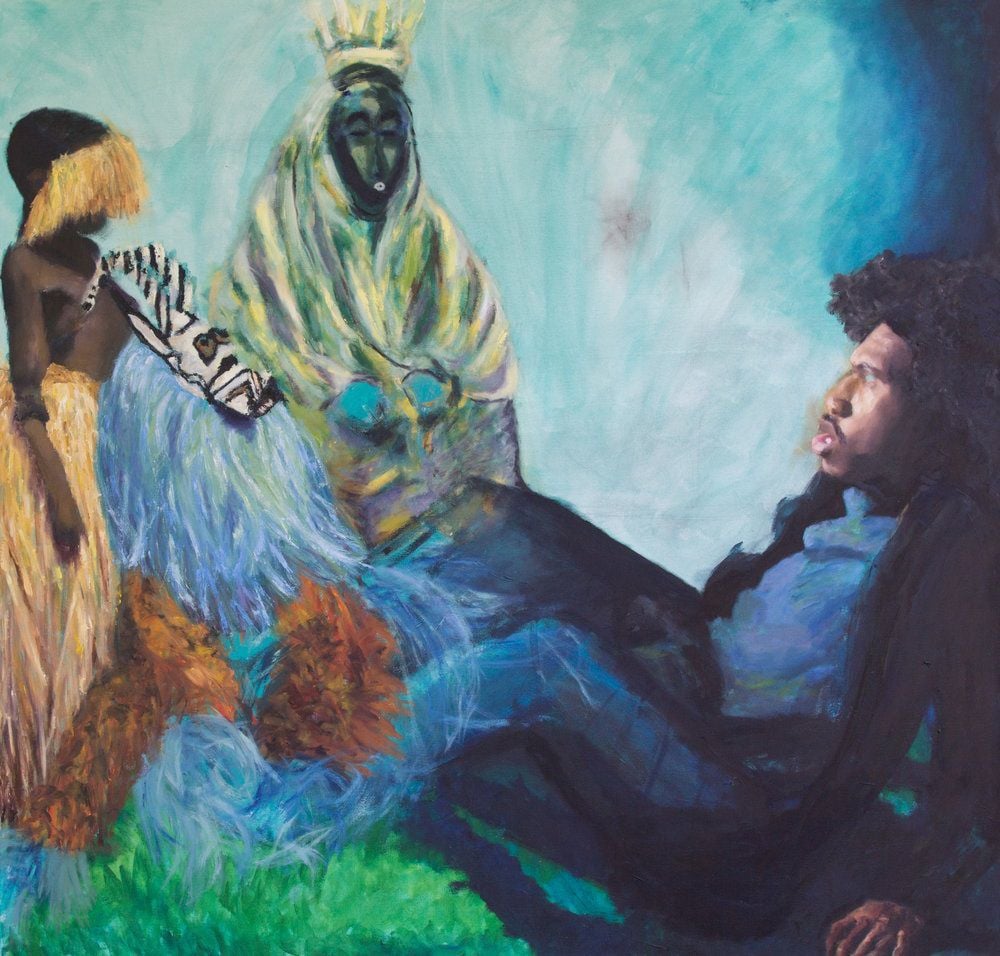 Artist Anthony Patterson of Durham, N.C. (Photo by: Caroline Cockrell for The Black on Black Project)

Many of artist Anthony Patterson’s works are narrative, telling stories that are close to home. (Photo by: King Phil)

Twenty-one works by rising black artists comprise “Figuratively Speaking” on view at the Arts Center of Greenwood through Feb. 24.

Artists with pieces in the show include Anthony Patterson of Durham, North Carolina; Jabari C. Jefferson of Washington D.C. and Lamar Whidbee, also of Durham.

Meet them during artist talks at 4 p.m. Thursday, followed by a reception from 5:30 to 7 p.m., with hors d’oeuvres, a cash bar and live music, by Pope and Bert and Antonio Edwards.

The event is sponsored by Greenwood County Community Foundation.

Nearly everyone in Patterson’s immediate family has creative interests, from interior design to gardening and cooking.

“Documentaries tell stories that most people haven’t heard before,” Patterson said, noting his interest in documentary work influences his art. He has a bachelor’s of fine arts from University of North Carolina at Greensboro.

Patterson and his family have long had ties to Durham’s Crest Street community, also known as Hickstown.

“Growing up, I always heard my granddad was a community leader, but I never put things in proper perspective,” Patterson said. “He was on the front lines for community change here in Durham, and in this same neighborhood. There’s a community center named after him. He helped save this neighborhood.

“The North Carolina Department of Transportation wanted to build a freeway through the heart of Durham,” Patterson said. “When they first proposed it, it cleared out a lot of black neighborhoods around the city.”

Patterson said his grandfather returned home from service in the Air Force and began studying how black neighborhoods nationwide were being affected by highway projects.

“Attorneys and community leaders filed a lawsuit against the Department of Transportation,” Patterson said. “They won. The result of that victory was historic. It was the first time urban renewal funding was used for an entire community rather than one house at a time.”

Patterson said some of the Crest Street neighborhood was still affected by the highway project, but a good bit of it was preserved, including one of the area’s oldest churches and a school.

Using a multimedia approach, Patterson employs paintings, installations and even audio recordings to add dimension to his pieces and his portrayal of the Crest Street story.

“It’s a way to engage the public in stories that are not known, to learn,” Patterson said.

Fellow artist Jabari C. Jefferson, 23, has more than a dozen pieces in the show.

“The best way to communicate something, for people to just get it, is through emotions,” Jefferson said. “My current body of work is about actions, too. I try to create a story through my figures.”

Jefferson, who has a bachelors of fine arts from The School of the Chicago Institute of Art, enjoys working with oil paints.

“At my first college, I would get friends to model for me and I would practice painting with them,” Jefferson said. “I currently teach eighth-graders to kindergärtners and I understand the frustration with how difficult it can be to paint people.”

Jefferson is an alumnus of the Art Institute of Chicago, where he studied advanced painting and film directing.

“I really how to paint and see when I participated in a residency in Italy two summers ago,” Jefferson said. ‘And, I sold a painting to pay for that trip, so I could go. It was kind of like painting boot camp.”

Much of the work in the Greenwood show highlights Jefferson’s advanced studio work.

“Every piece has a very strong conceptual context,” Jefferson said. “I paint in a representational style as opposed to a realistic one.”

Lamar Whidbee, 28, originally from Hertford, North Carolina, has works from two series done in 2016 in the Greenwood show.

“I use materials such as window panes and found things, that remind me of the town I grew up in,” Whidbee said. “And, I paint pictures. I’m trying to shed light on the stories of people I know...My sister-in-law had odds stacked against her, but she’s married and has three sons and is running a business as a cosmetologist.”

Whidbee said he aspires for his works to inspire action on the part of the viewer.

Whidbee also has pieces from a group show, Volume One of the Black on Black Project in Raleigh, North Carolina.

“The idea behind the project is to give artists of color a chance to tell their stories in a show curated by people of color,” Whidbee said.

Whidbee received his masters of fine arts from University of North Carolina at Chapel Hill in 2017. He is an all-star athlete-turned artist.

Jennifer A. Smith, Arts Center of Greenwood gallery and marketing director, said she has been aware of the trio’s works for a few years.

“Content and narrative seems to be very important to Anthony Patterson,” Smith said. “I was moved by the passion and pride in his voice when he shared his feelings regarding gentrification and spoke of his grandfather’s achievements in leading a historic movement that saved the very neighborhood Anthony was raised in.”

Jefferson’s works, Smith said, are both contemporary and exhibit technique “with nods to expressionistic, impressionistic and even folk painting.”

Whidbee, Smith said, delves into heritage and the past, through the use of materials and figures.