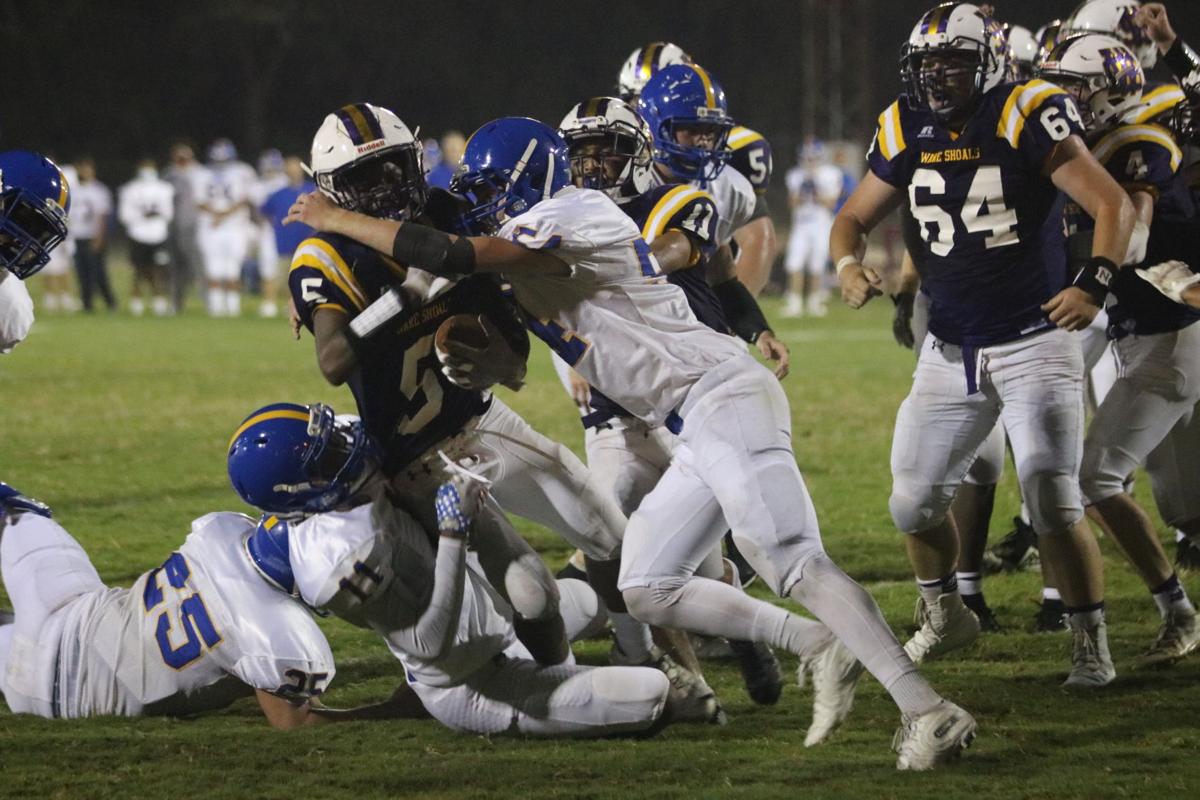 Ware Shoals running back Dana Givens is hit as he cross the goal line to score a touchdown during the Hornets’ 16-12 win against Whitmire. 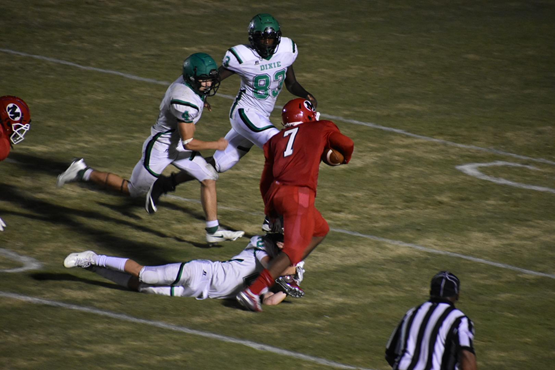 McCormick running back Remello Ferdinand is tackled by Dixie's Chris Blackwood during the Chiefs’ 46-6 win.

Ware Shoals running back Dana Givens is hit as he cross the goal line to score a touchdown during the Hornets’ 16-12 win against Whitmire.

McCormick running back Remello Ferdinand is tackled by Dixie's Chris Blackwood during the Chiefs’ 46-6 win.

Ware Shoals will finish a particularly short week of preparation and seeks its first win of the season against Dixie in a Region 1-1A rivalry clash.

In the all-time series, Ware Shoals leads this rivalry with 45 wins and 19 losses. Dixie has held the upper hand in recent years, winning the game three straight years from 2016 to 2018. Ware Shoals defeated Dixie last season, 41-13.

Ware Shoals suffered a heartbreaking loss Monday to Whitmire in the Hornets’ first game of the season. Ware Shoals allowed a 90-yard drive in the final minute and Whitmire won 16-12.

Dixie enters the matchup coming off its first win of the season, a 42-6 victory against Calhoun Falls.

“This is always a huge game between Dixie and Ware Shoals because we’re so close together and we’re both the Hornets,” Dixie coach Vic Lollis said. “The kids look forward to it. They always get up for it. This is the one game you throw out the records because when these two teams play, it’s usually a pretty good ballgame.”

“It was really good to see them get out the box after playing two really tough teams in McCormick and Southside Christian,” Lollis said. “We’ve made some changes, and the kids responded really well. It was exciting to see.”

Lollis said the familiarity between the programs should make for another competitive game, even with Ware Shoals coming into the game on short rest.

“I know they’ll be ready because they have a good coaching staff over there,” Lollis said. “They did play Monday, but Whitmire runs basically the same offense we run. It shouldn’t be a whole lot of difference to them. It’ll be a great atmosphere. The fans know each other well, so it makes for a good time.”

Admission: Tickets purchased during the week must be presented for entry.

About the game: Dixie will host rival Ware Shoals in a battle of Region 1-1A teams. Dixie captured its first win of the season last week against Calhoun Falls. Ware Shoals comes into the game on a short week after a season-opening loss to Whitmire on Monday.