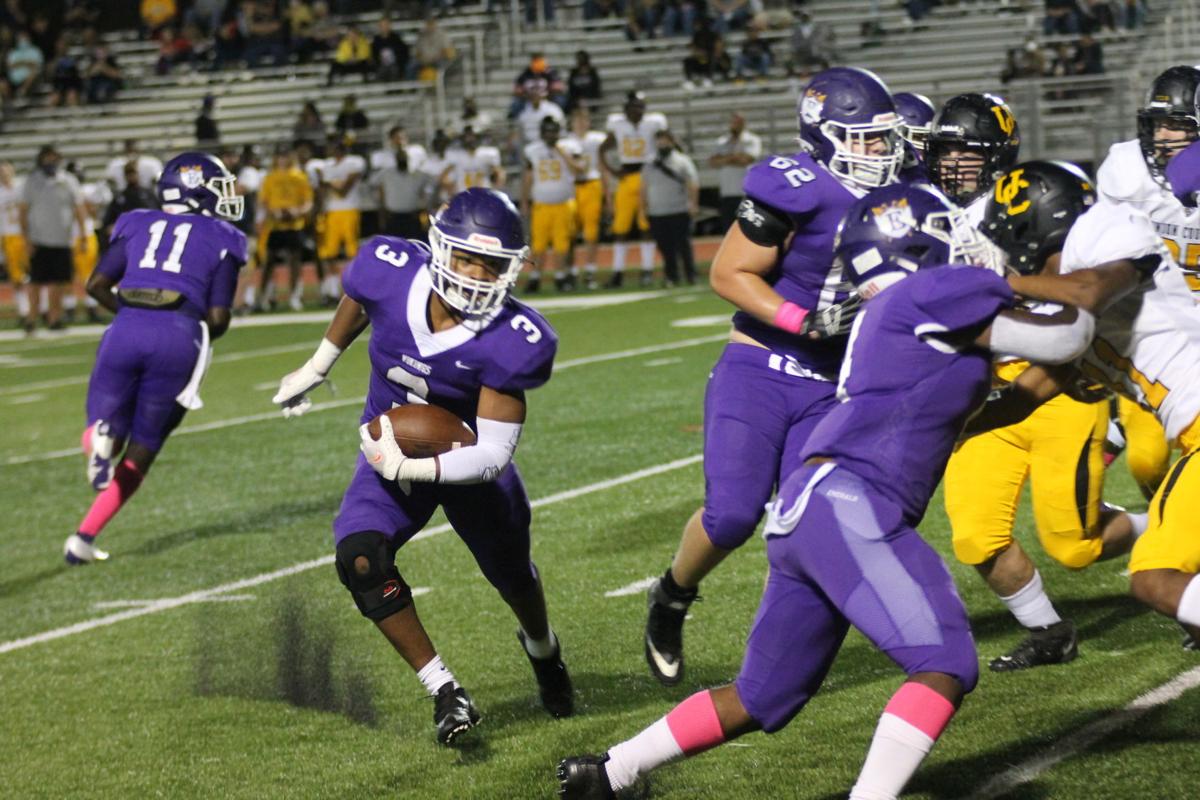 Emerald sophomore running back Jaylen Foster carries the ball during a game against Union County. 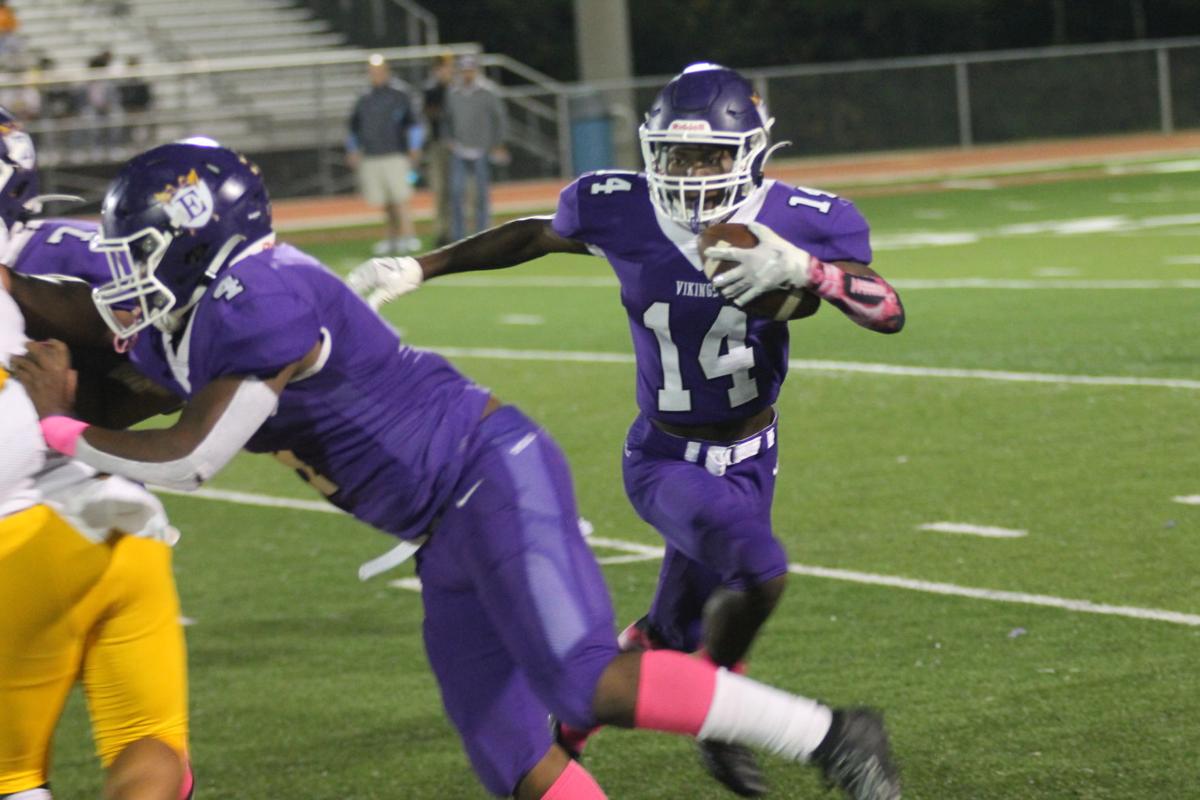 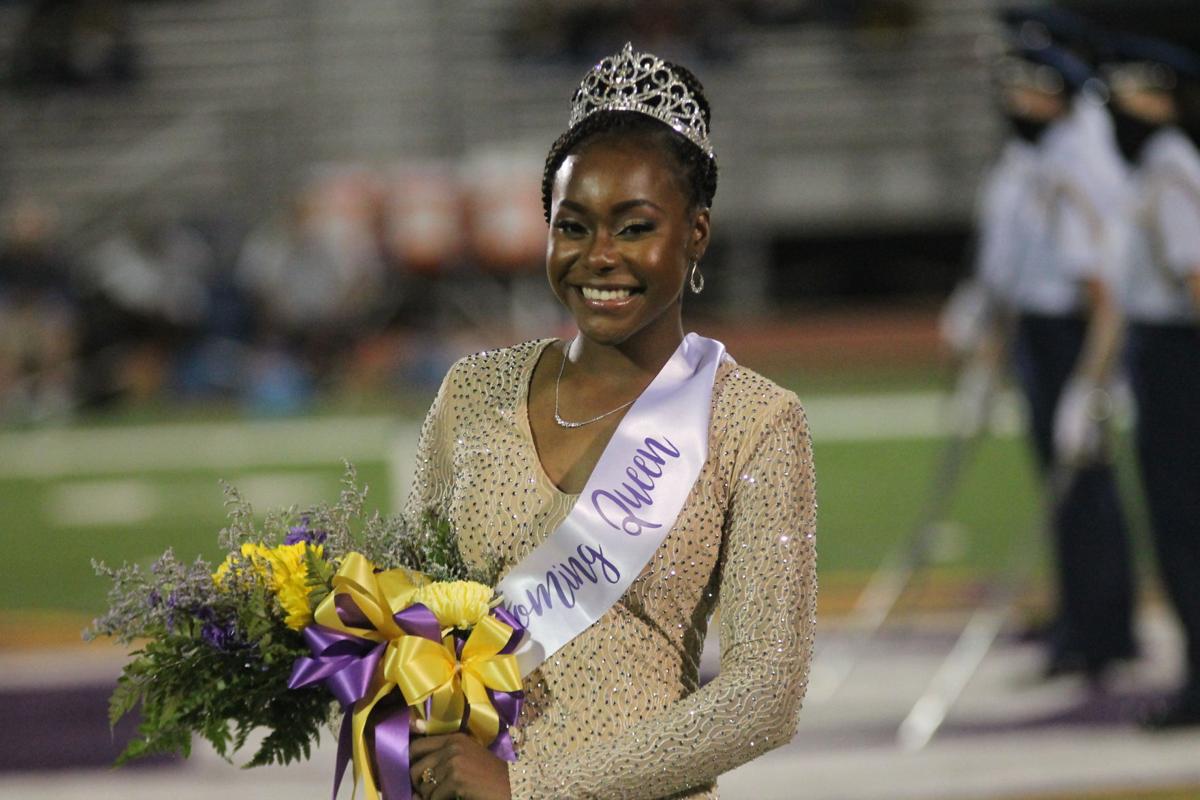 Emerald sophomore running back Jaylen Foster carries the ball during a game against Union County.

“The difference tonight was Union County showing just how fast and athletic they are,” Emerald coach Tad DuBose said. “At the same time, I also think the Emerald Vikings have a pretty good football team too. Our kids fought hard again against another good football team. We’ve just got to continue to work and get better and faster and stronger.”

Emerald got off to a quick start with a 10-yard touchdown run from Jaylen Foster on the team’s first possession. The Vikings retook the lead early in the second quarter, but the Yellow Jackets responded with two touchdowns to make it 28-14 at the break.

Union County’s offense answered each Emerald score. The Vikings made it a one-possession game twice in the second half, but couldn’t slow the Yellow Jackets’ balanced attack.

Costly holding penalties and a fumble on Emerald’s final two drives ended its comeback attempt. Union County’s final score of the night made put the game out of reach late in the fourth quarter.

“Those two series with the holding penalties and turnover were rough on us,” DuBose said. “We’ve got to clean up some things and execute a little bit better. That comes in time and maturity and understanding in crucial situations that you’ve got to perform at your best. Hopefully we’ll gain experience from that for the future.”