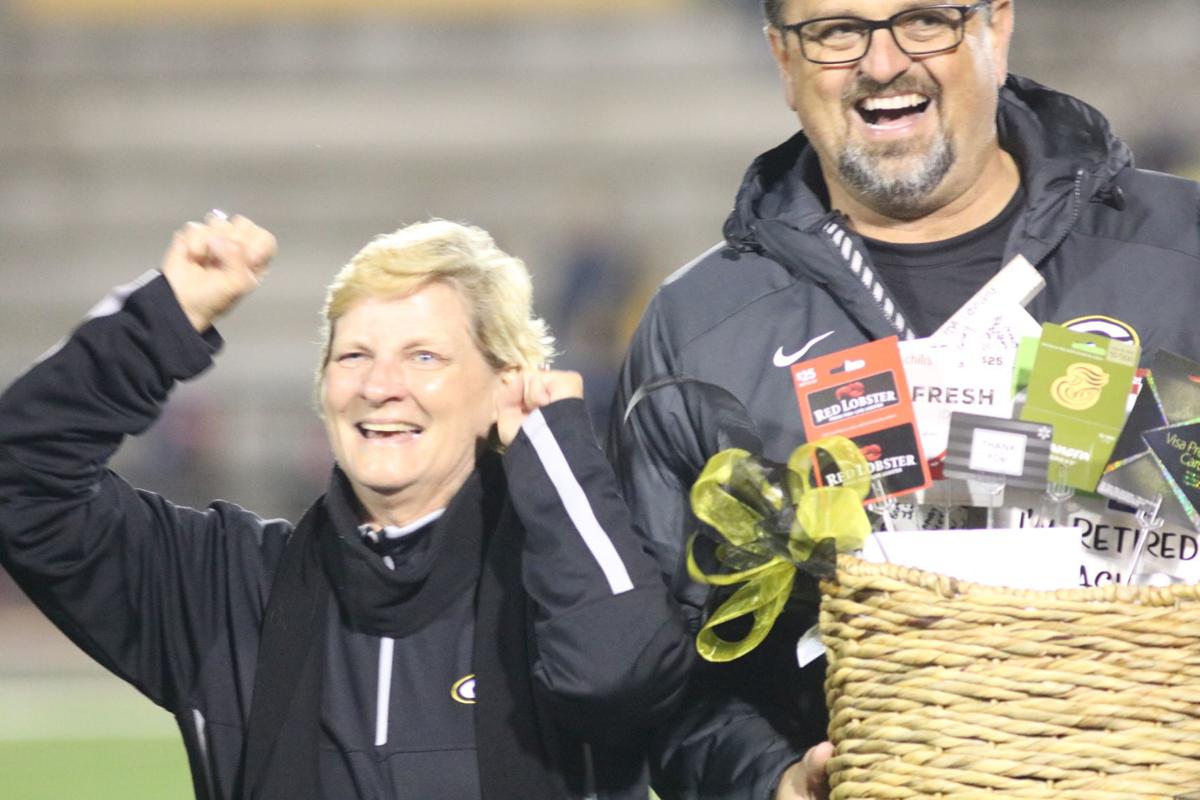 Greenwood High School athletics secretary Debbie Miller reacts to the crowd during a ceremony celebrating her career. Principal Chad Evans, right, gave Miller a gift to celebrate her 29 years at the school. 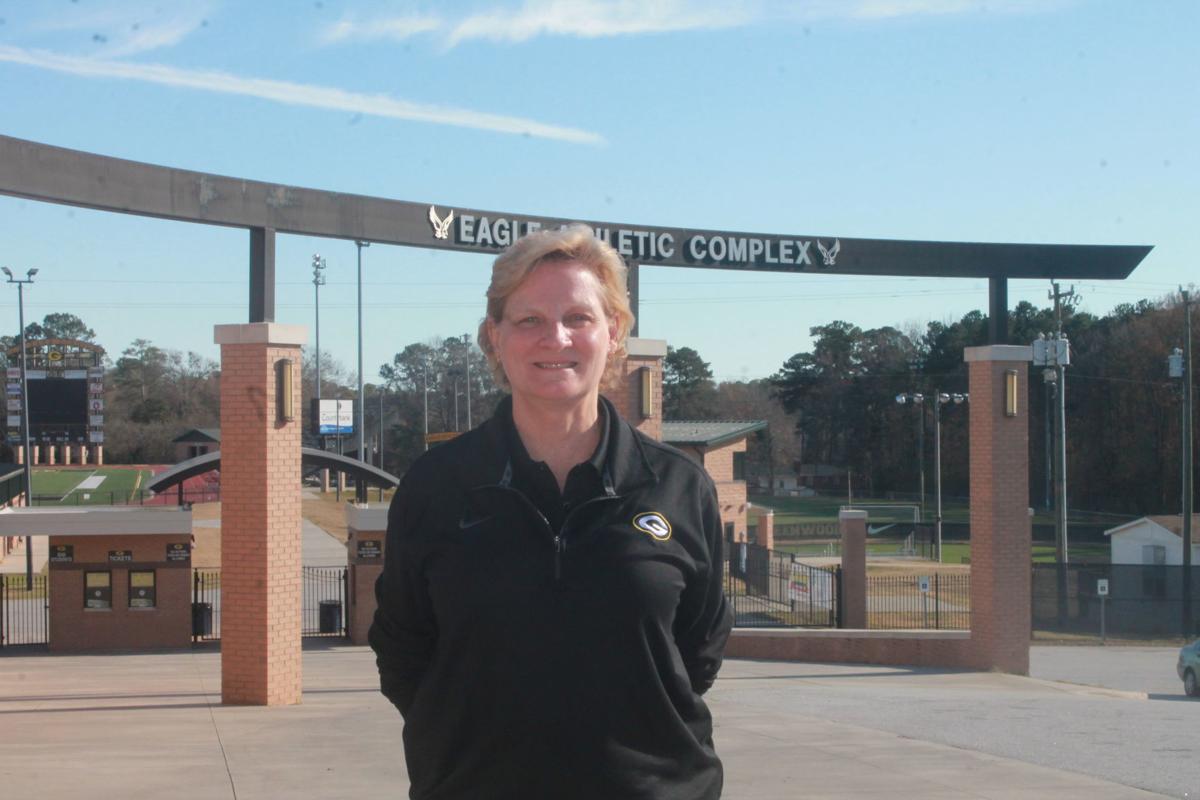 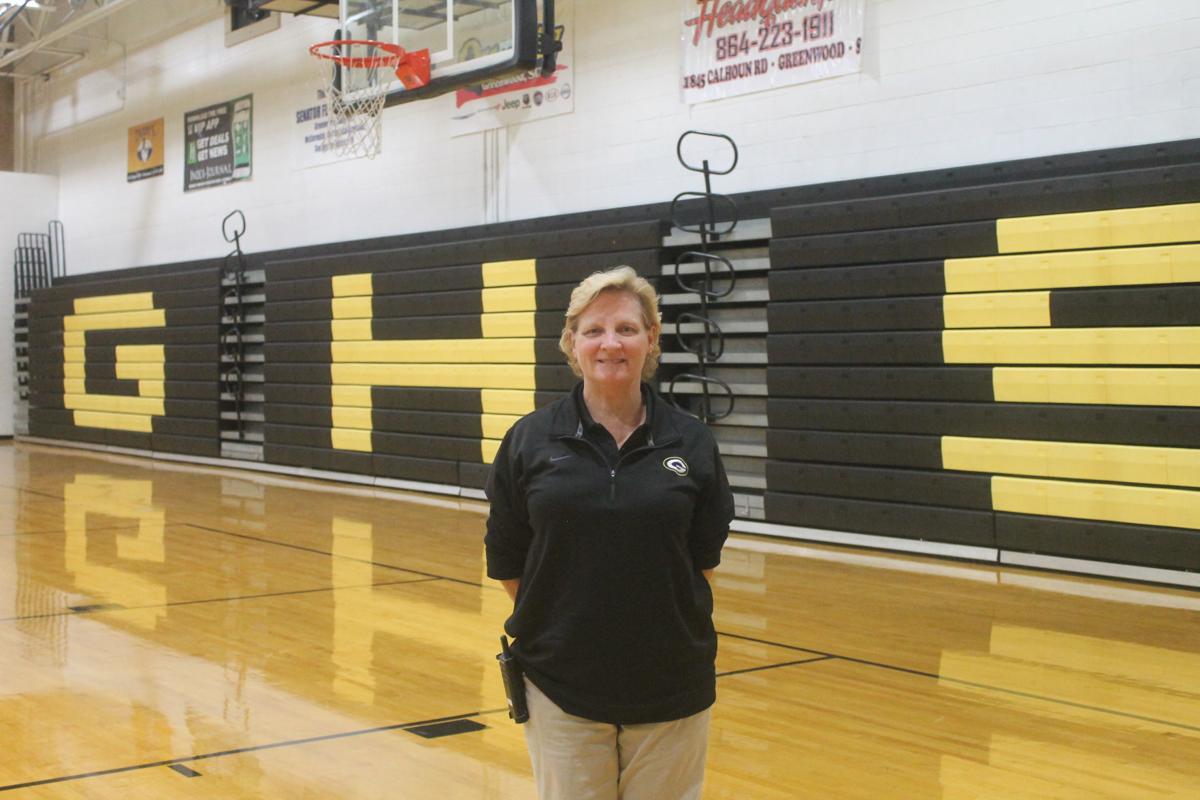 Greenwood High School athletics secretary Debbie Miller reacts to the crowd during a ceremony celebrating her career. Principal Chad Evans, right, gave Miller a gift to celebrate her 29 years at the school.

Not everyone knows what all goes into a football game at Greenwood High. Debbie Miller knows all too well.

For 29 years, Friday nights in the fall were among the busiest days of the week for Miller. As Greenwood High’s athletics secretary, she’s been in charge of ensuring everything from admission lines to payment for referees goes smoothly.

Before halftime at last fall’s Senior Night game, a win against J.L. Mann, Miller’s walkie talkie buzzed. When she was called down to the football field, she saw Greenwood principal Chad Evans. Evans said, “Mrs. Miller, are you ready to take a little walk with me?”

“And I said, ‘No, sir, I am not,’” Miller said with a laugh, recalling the final home football game of her career as Greenwood’s athletics secretary.

On the field, Evans gave Miller a gift as she was recognized for her 29 years on the job. Students chanted her name, and she was surprised to see her family, who the school invited to the game without her knowledge.

Miller is set to retire as Greenwood High’s athletics secretary. She is known throughout the halls of Greenwood High, the town of Greenwood and the state of South Carolina as a selfless professional who worked to serve coaches and athletes.

“I’ve worked for a lot of great people,” Miller said. “I’ve learned a lot from all of them. I think it’s helped me to become the person I am today. I love my job, I really do. People always tell me you know when its time to go, and I just feel like now is good time for change.”

Miller’s job has been to do the behind-the-scenes work in the athletic department. She organizes schedules and travel, arranges rosters and ensures events run smoothly in addition to many other duties.

In the meantime, Miller has made lifelong connections with coaches and students. She’ll miss the people she worked with and the students she watched grow up as she moves on.

“I love my job,” Miller said. “I’m not saying every day was perfect. You could ask my family. There were times that I would come home upset or angry about something. But I just enjoyed doing what I was doing and it made me feel important.

“I felt like I am going to lose a little bit of my identity. All that is part of life. I’m just proud that I’m still healthy and able to continue.”

Dula said he and Miller were a team while he was at Greenwood High.

“I would often time bounce ideas off of her and get her opinion,” Dula said. “She had the pulse of the students and she also had the pulse of the faculty. She knew the pulse of Greenwood so it was very helpful to run things by her and whatnot. She had many duties as an athletic admin and she did them all in a professional way.”

Dula spent 11 years at Union County before joining Greenwood and didn’t have a secretary. He was pleased to find out that most people across the state knew to call Miller when they needed something at GHS.

Current Greenwood athletic director Dan Pippin was one of those people. When he coached North Augusta, his team was supposed to stop in Greenwood for lunch in the middle of a two-hour road trip to Anderson for a playoff game.

All it took was a phone call to Miller, and Pippin's team had a meal at a restaurant arranged.

Several years later, Pippin took the head coaching job at Greenwood and had Miller on his side on a regular basis.

“It’s the same thing that people would do now,” Pippin said. “They don’t call me. They call Debbie.”

The J.L. Mann game was Pippin’s last home game, as he will retire on Jan. 1, 2020. Pippin said Miller is not just a Greenwood High icon, but a special person to Greenwood as a whole and the entire state.

“Everybody knows Debbie,” Pippin said. “She’s Greenwood High School. And if there’s somebody that ever, ever deserves to be in the Hall of Fame, then I would think Debbie Miller would be that person.”

Dula echoed that statement, remarking about the respect Miller garners from fellow athletics secretaries across the state. Secretaries meet at least once a year in Columbia for updates on SCHSL changes.

“She is the face of the athletic department, and just has done a wonderful job,” Dula said. “She is very highly respected throughout the state of south Carolina.”

Most importantly, Miller was always there to keep him in check.

“She’s very level headed, thought things through and sometimes I was more of a spur-of-the-moment person,” Dula said. “She said, ‘Maybe we ought to think about this, just for a moment,’ and I appreciate that very much.”

List of sports events affected by the new virus from China

Death toll rises to 20 from Delhi riots during Trump trip

Democrats band together to knock Sanders during debate clash