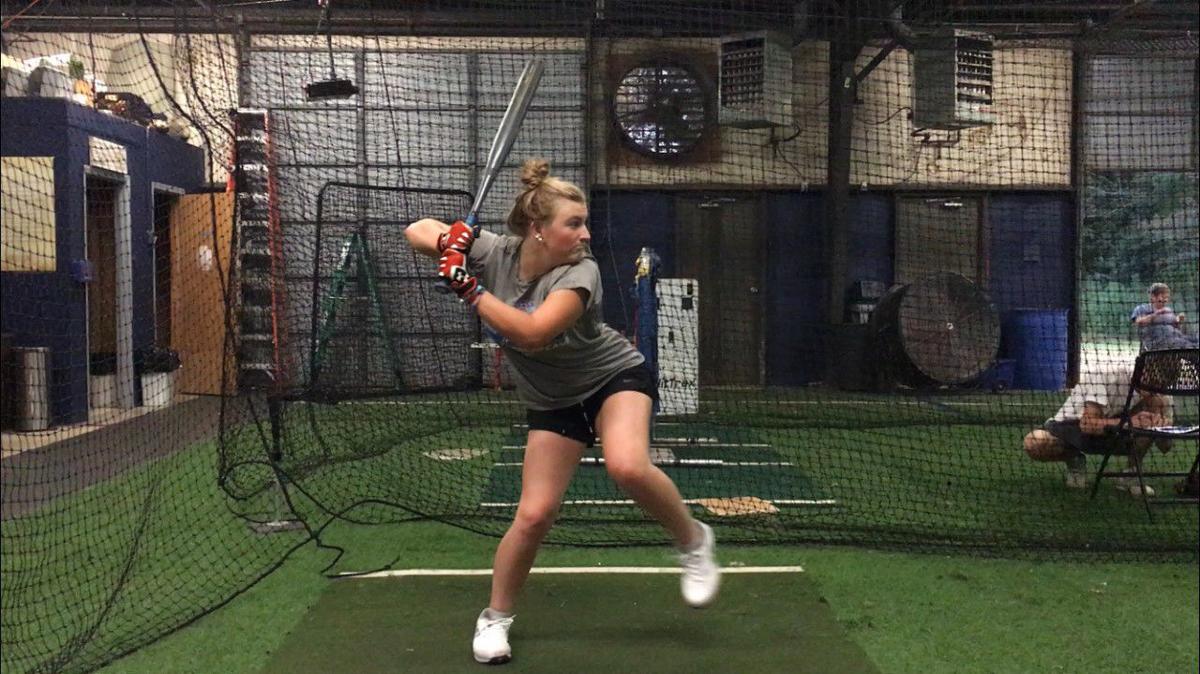 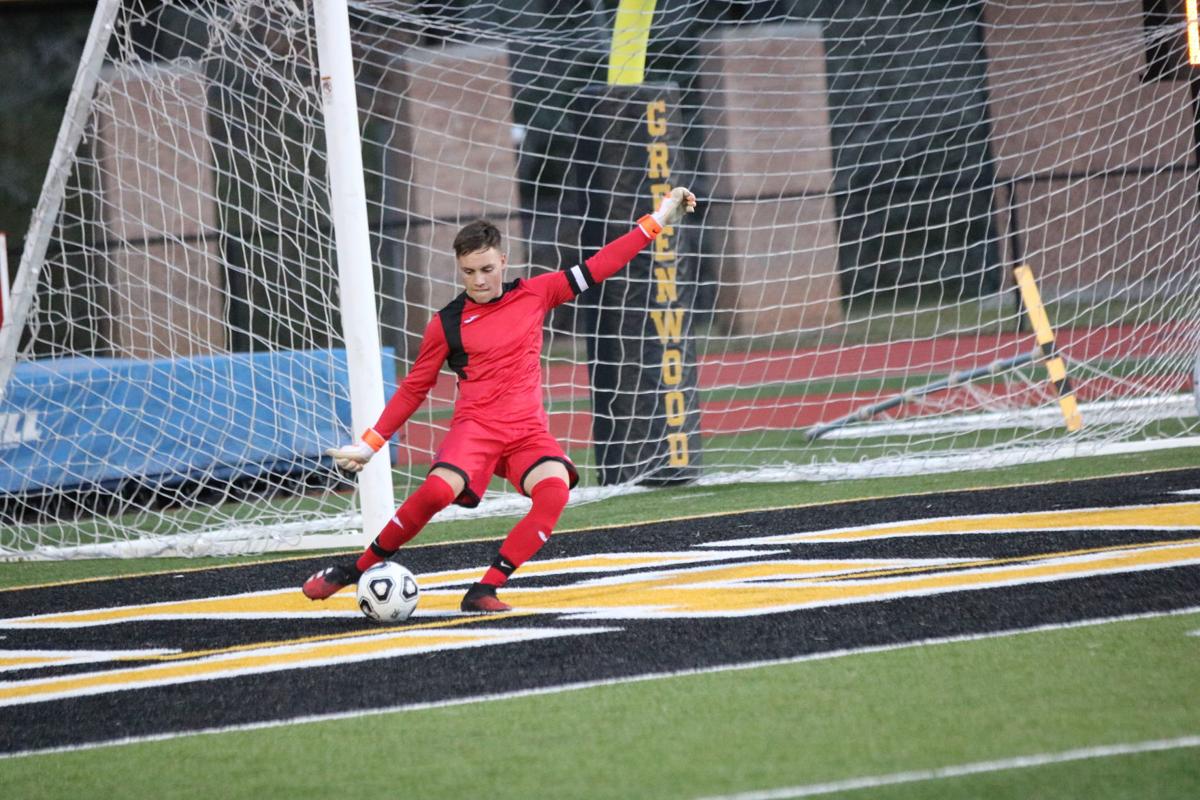 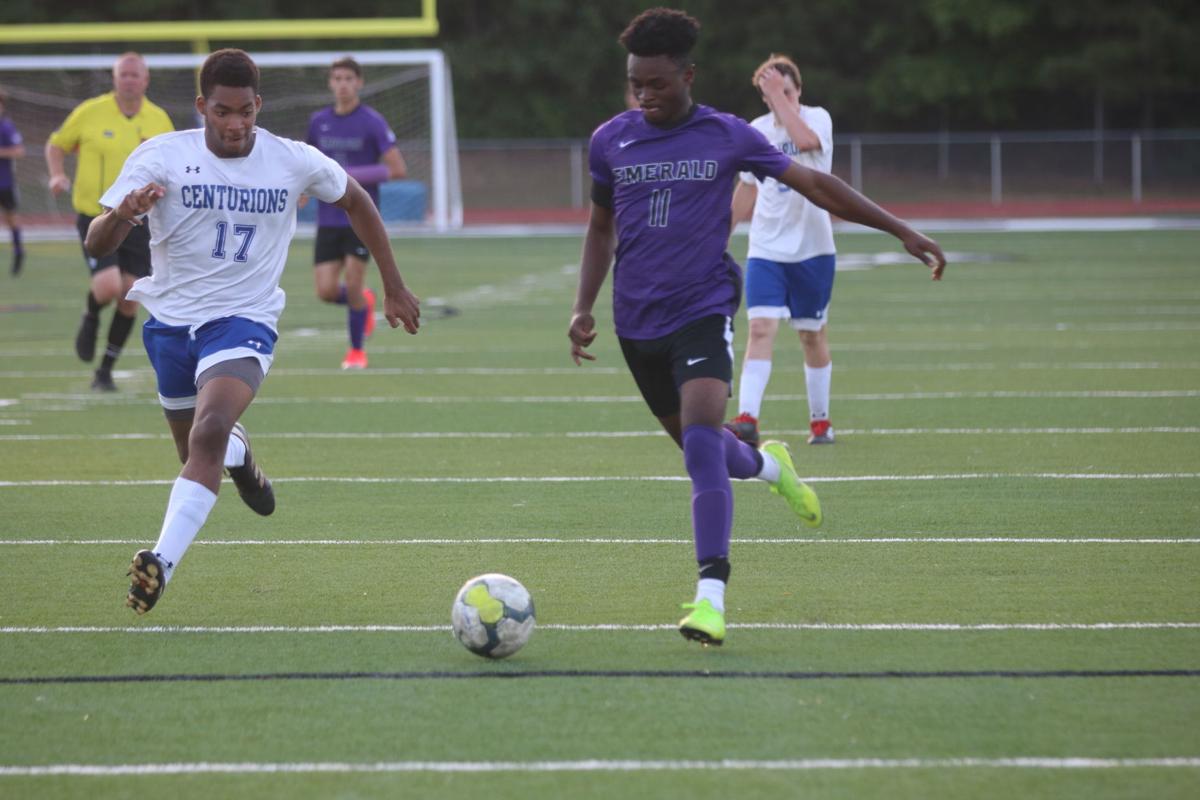 Emerald junior Isaac White shoots during the Vikings’ win against Broome in the first round of the Class 3A playoffs. 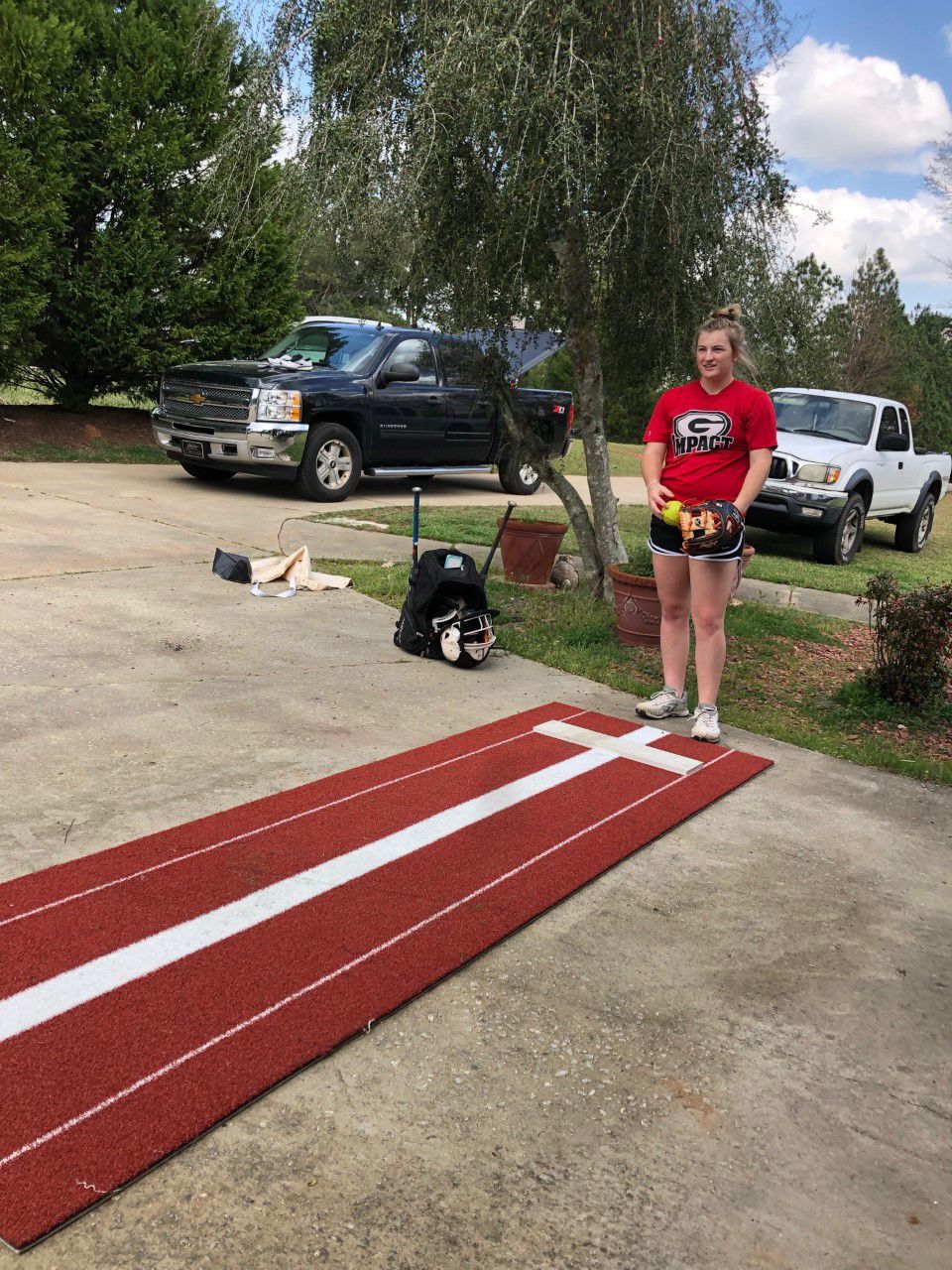 Emerald softball junior Lauralee Scott prepares to pitch on a mat in her driveway at home. 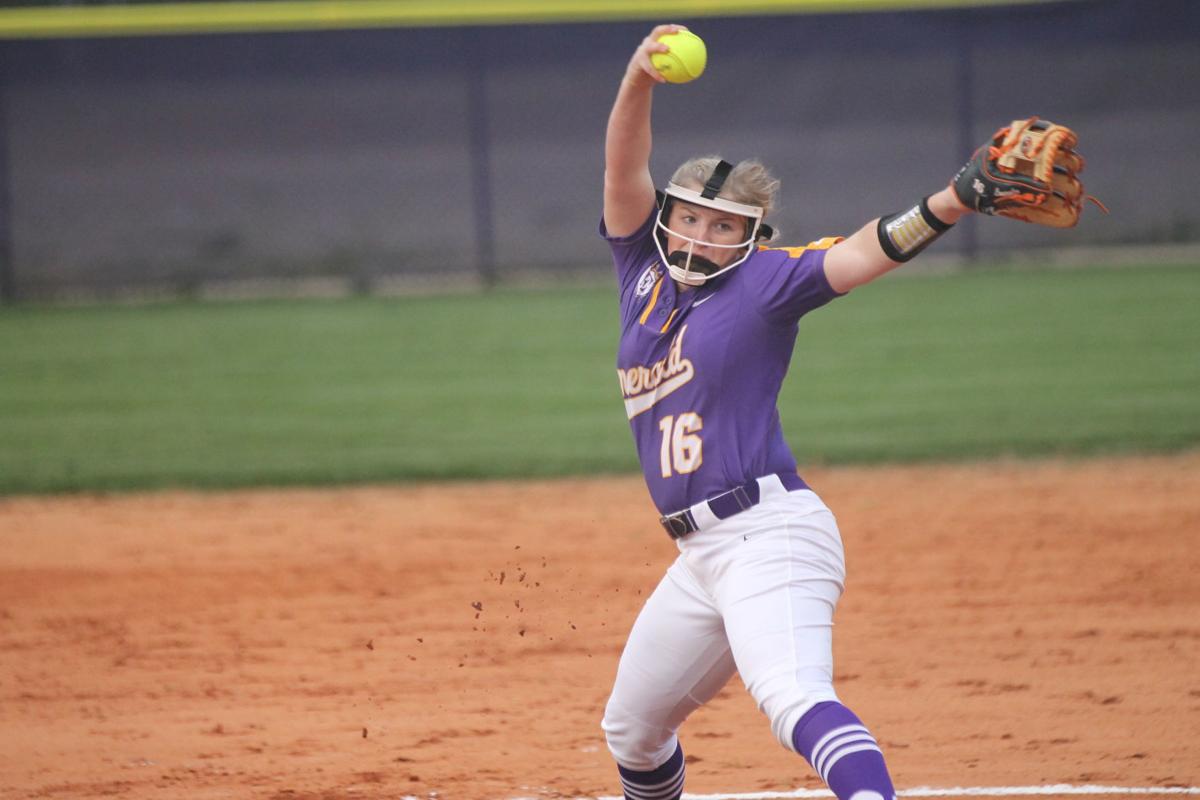 Emerald’s Lauralee Scott pitches during a game against Mid-Carolina this season. 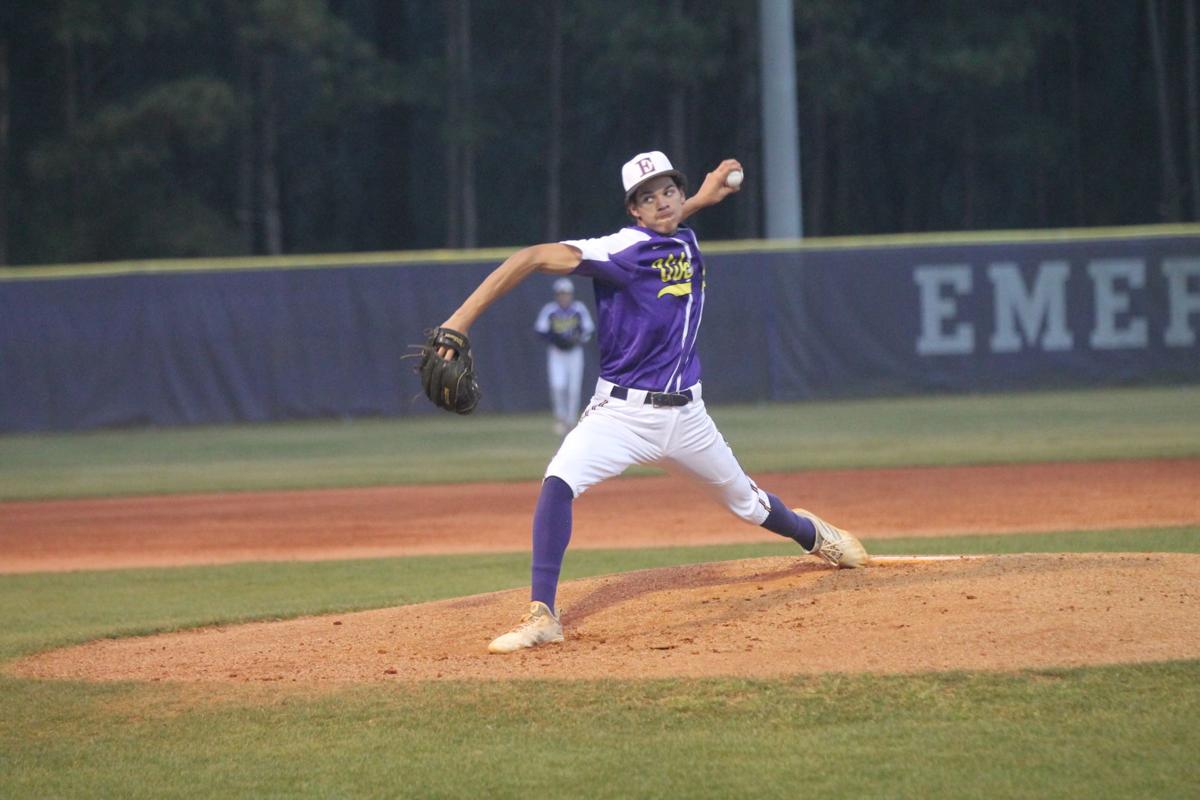 Emerald pitcher Sean Adams throws a pitch during a win against Mid-Carolina.

Emerald junior Isaac White shoots during the Vikings’ win against Broome in the first round of the Class 3A playoffs.

Emerald softball junior Lauralee Scott prepares to pitch on a mat in her driveway at home.

Emerald’s Lauralee Scott pitches during a game against Mid-Carolina this season.

Emerald pitcher Sean Adams throws a pitch during a win against Mid-Carolina.

Emerald’s softball season is still in limbo, but Lauralee Scott hasn’t let that disrupt her training.

She’s hitting in batting cages and using a pitching mat and net in her driveway, even though spring sports remain at a standstill because of the coronavirus pandemic, which has resulted in cancellations of all local and national sporting events.

High schools sports will remain suspended through the end of April after Gov. Henry McMaster announced Tuesday that all schools will remain closed through next month. The South Carolina High School League will reconvene April 2 to discuss further plans.

Scott said she’s trying to stay optimistic and prepared as her team hopes for another chance to play this season.

“It’s still a lot of practicing, just without the games,” Scott said. “Normally, we’d be working out in a building, but we can’t do that, so it’s just been working out more at home. I have a cage here. I hit and pitch here. So for me, it hasn’t been a drastic change. (The coaching staff) has been telling us to stay active, do things at home as you can. They just want us to stay in shape if we get to play again this season.”

Emerald had a strong start to the season, posting a 5-1 overall record. Led by Scott’s pitching, Emerald stood 2-0 in Region 3-3A to start the season.

Scott struck out 20 batters in the first region win against Mid-Carolina. Two days later, she struck out 10 in a 12-0 win over Mid-Carolina on her birthday.

“We started out really good,” Scott said. “We came out and beat Mid-Carolina, which is a really good team, honestly. We struggled a little bit the first game but ended up coming back and winning. The second game, we kind of got in a groove and did really well. We were doing well, so that’s why it’s sad to see it come to a halt right now.”

Conner Pederson, who plays goalkeeper for Greenwood’s boys soccer team, is trying to find the positives in the spring sports stall. He’s posted videos on Twitter this week of his best penalty kick stops from the past three seasons and worked out from home.

“I can’t always look at the negatives,” White said. “At the end of the day you got to look at the positives, too.”

While the coronavirus has necessitated the cancellation of these events, it doesn’t make it much easier to process the loss of what should be lifelong memories for high school athletes.

“It’s been very disappointing to have my senior year stripped away from me like this so quickly,” Adams said. “Not being on the field with my team has really taken a toll on me. It’s sad that all this is happening but there’s nothing you can really do about it, other than pray that your season hasn’t been taken away. But with the way things are looking, it’s not been too great.”

Outside of athletics, too, the virus has disrupted and may have eliminated the rites of spring at high schools.

With the recent school closing announcement, a slim chance remains for schools to have enough time to practice and have some type of competition at all. Still, the pandemic has yet to show signs of improving. Two cases have been confirmed in Greenwood and the state had 344 confirmed cases as of Wednesday.

White said the time he’s spent out of school and focusing on his fitness has made him appreciate his memories of playing high school soccer.

“I think that in a few years I’ll look back and be like, ‘Wow, I really shouldn’t take the things I think are little for granted,’” White said. “And like cherishing the little moments. That’s what a lot of people look back on. I feel like for my entire class they are shocked. And even the freshmen on my team are shocked because they were looking forward to the season and making the team.”

Scott, the junior softball pitcher, knows she may have played her last game of the season without even knowing it.

“We had our Clinton tournament to open the season, and before every game we said, ‘Play it like it’s your last.’ Now it might have already been our last game of the season,” Scott said. “For Brianne (Eklund), our only senior, it might be her last. You’ve just got to play like that, because you never know when it is or isn’t your last one.”

The Latest: Doctor at French soccer club Reims kills himself

Trump sees limits of presidency in avoiding blame for virus

Op-Ed: Our grocers remain on the front lines for us

The Latest: Lebanon asks world for help amid new coronavirus