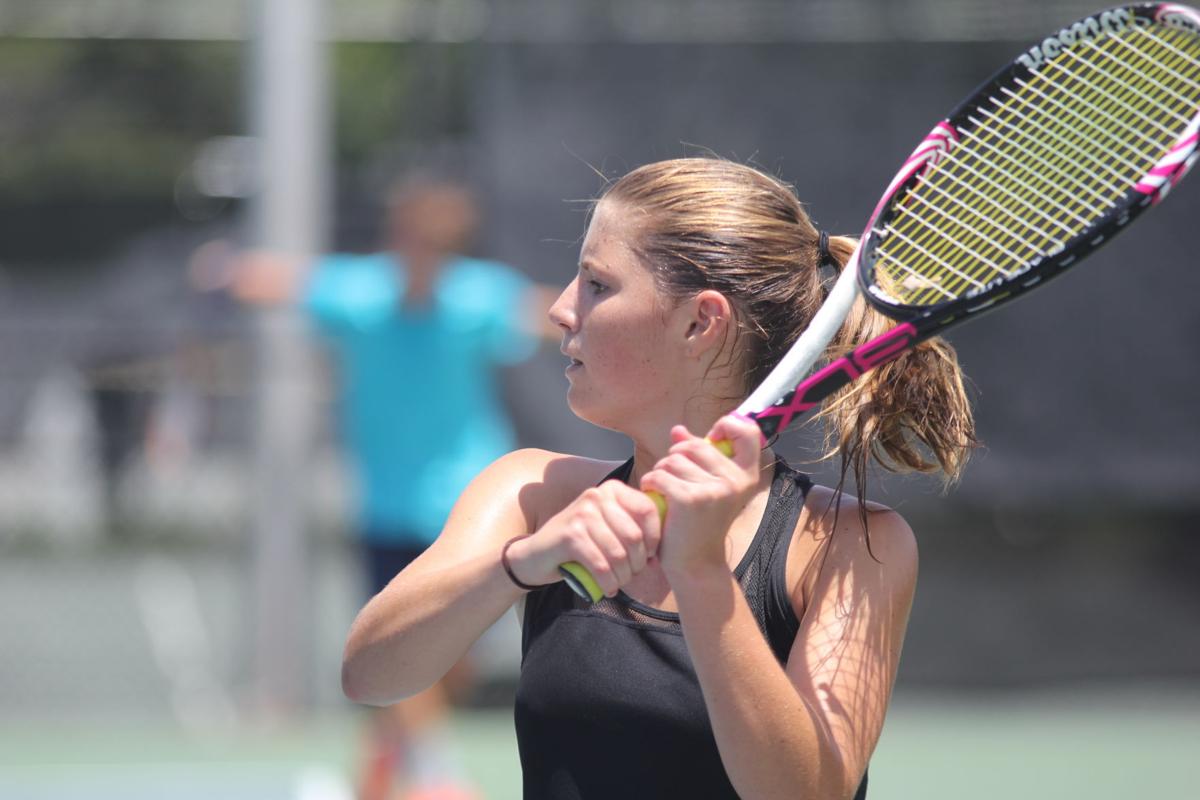 Greenwood’s Adair Still returns a serve during a tournament this past year. 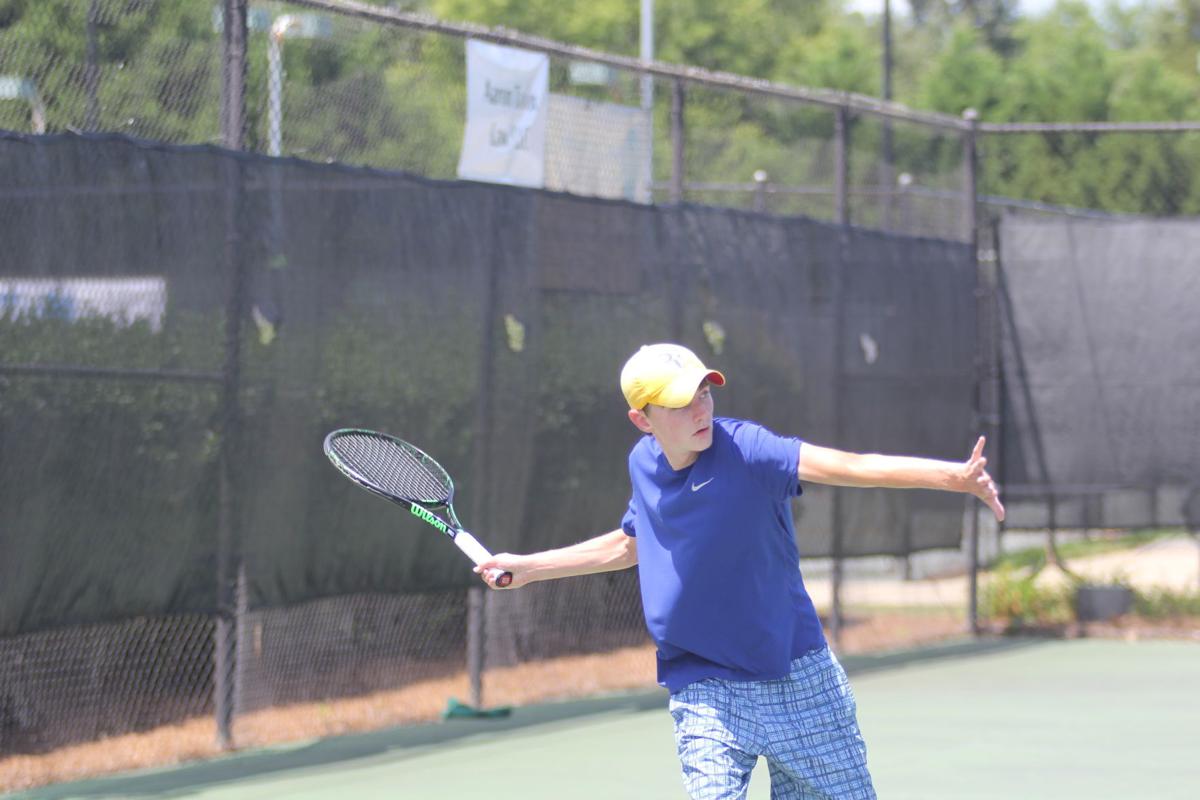 Greenwood's Bryson Meece sets himself to return a serve Saturday during the Festival of Flowers tennis tournament. 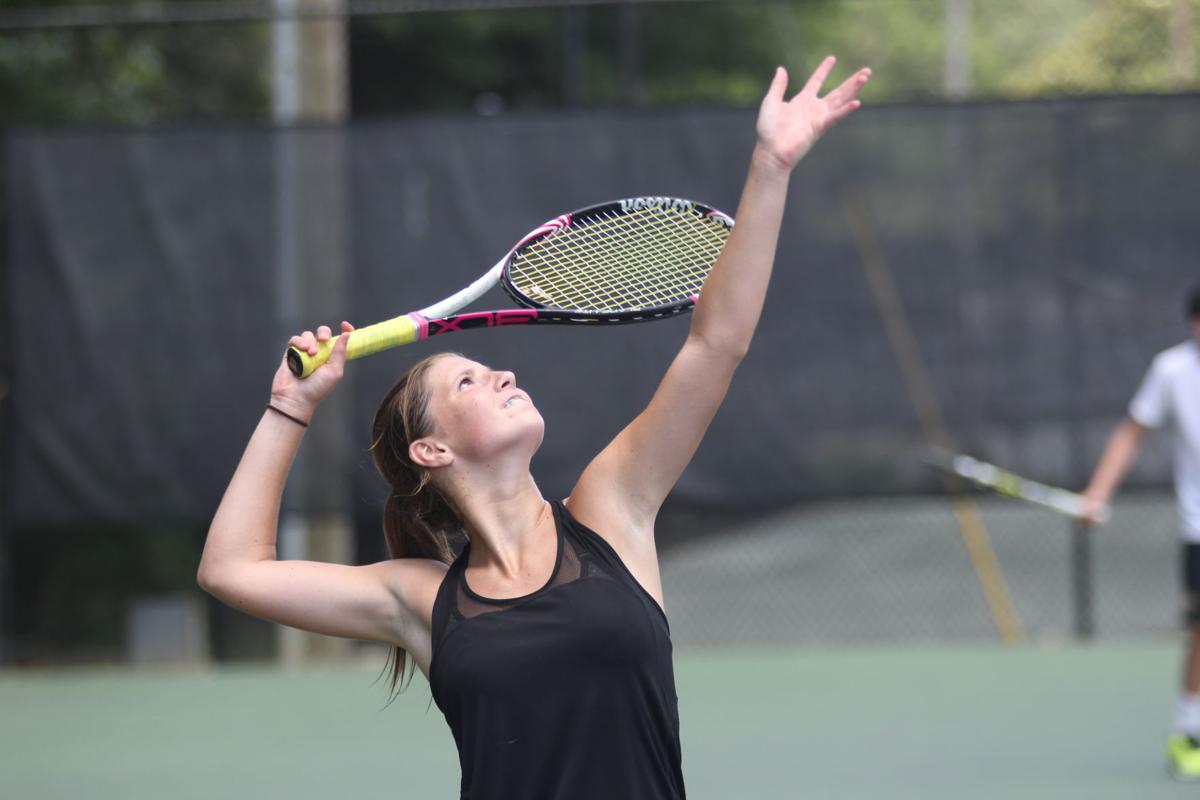 Greenwood’s Adair Still returns a serve during a tournament this past year.

Greenwood's Bryson Meece sets himself to return a serve Saturday during the Festival of Flowers tennis tournament.

Greenwood High tennis coach Howard Green sat on the deck that overlooked the courts of the Greenwood Country Club.

With nine Greenwood players competing in the Festival of Flowers Junior Open Tennis Tournament, this was his chance to see what his boys and girls had from afar without his guidance.

He left pleased, especially with his teams commitment to getting reps despite being out of school.

“It’s good to see them out here competing in the offseason,” Green said. “It says a lot about their commitment to winning. It’s a good opportunity for me to see them play and see how they stack up against other competition.”

Though they did compete, winning, nonetheless, wasn’t in the cards for a few of the players Saturday.

Bryson Meece — who will be a junior — advanced to the boys 16 singles semifinal as did Ben Luke for the 18 singles. Both Greenwood players lost, however, in straight sets.

“(My opponent) started playing really well,” said Meece, who lost 6-2, 6-0 to Samuel Russell. “I started getting a little bit tired because I played a match before. It just took a lot (out) of me.”

Heat certainly played a factor in all the players’ games. And after getting off to a decent start in the beginning, Meece got outplayed for the majority of the match, unable to return some of his Russell’s serves.

“The points weren’t going long enough, so I wasn’t hitting enough shots to be able to figure out what I was doing wrong,” Meece said. “He was just ending the points too quickly.”

One bright spot on the day was Greenwood’s Graeme Simpson, who won his match, 6-0, 6-0, and will play today in the boys 14 singles final. Just a rising eighth-grader, Green is excited for what his young player will bring to the team next season.

Despite losing, this tournament is special for many of the Greenwood players.

“It’s in my hometown,” Still said. “Everyone that I know comes out.”

“I always liked this tournament,” Luke added. “It’s a hometown tournament and I play at this club all the time.”

As a rising senior and leader of the Greenwood team, Luke says he’s using this summer as a chance to hone some of his skills. That was the the main takeaway Saturday: The opportunity for players to improve.

And when looking at it from that perspective, Green sees promise.

“Tournaments help with the match play (during the season),” Green said. “The repetition is key. They’re right there with their competition.”

Pam Stone: In search of sensibilities

Couple's wedding abroad on hold because of coronavirus outbreak in Italy

2 SC prison employees but no inmates test positive for virus