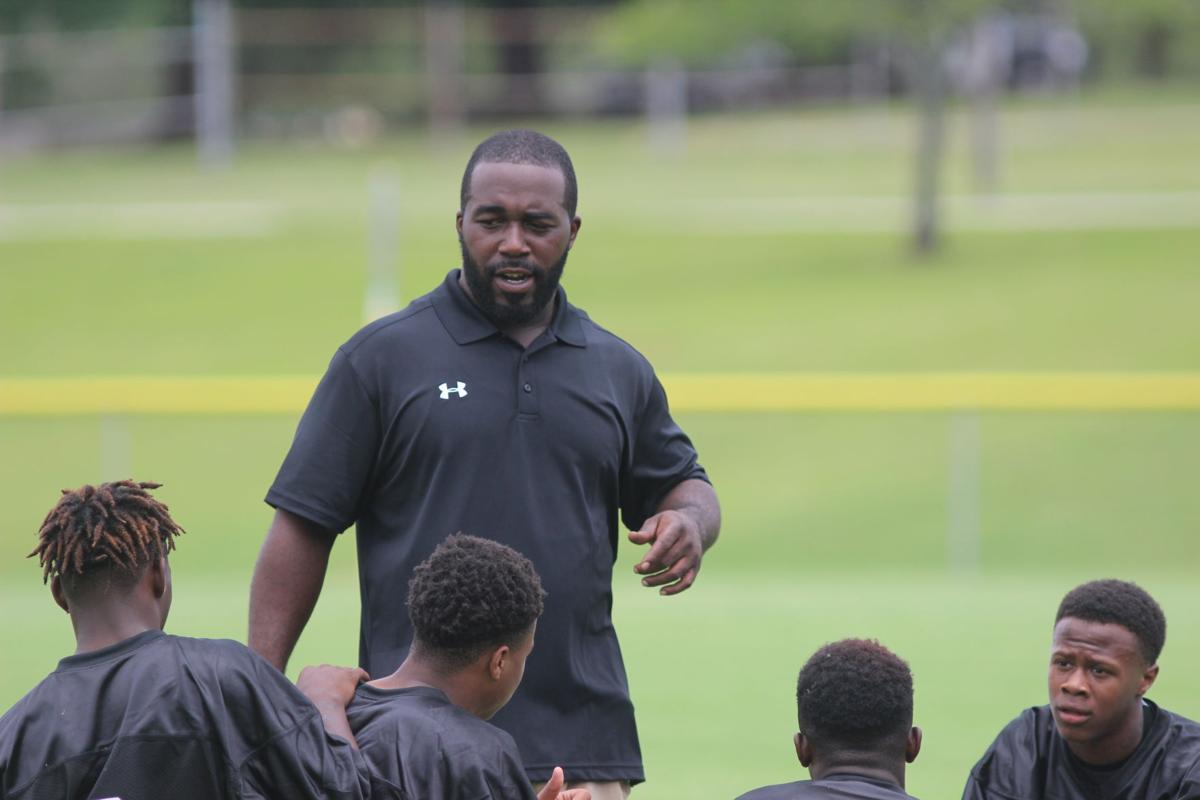 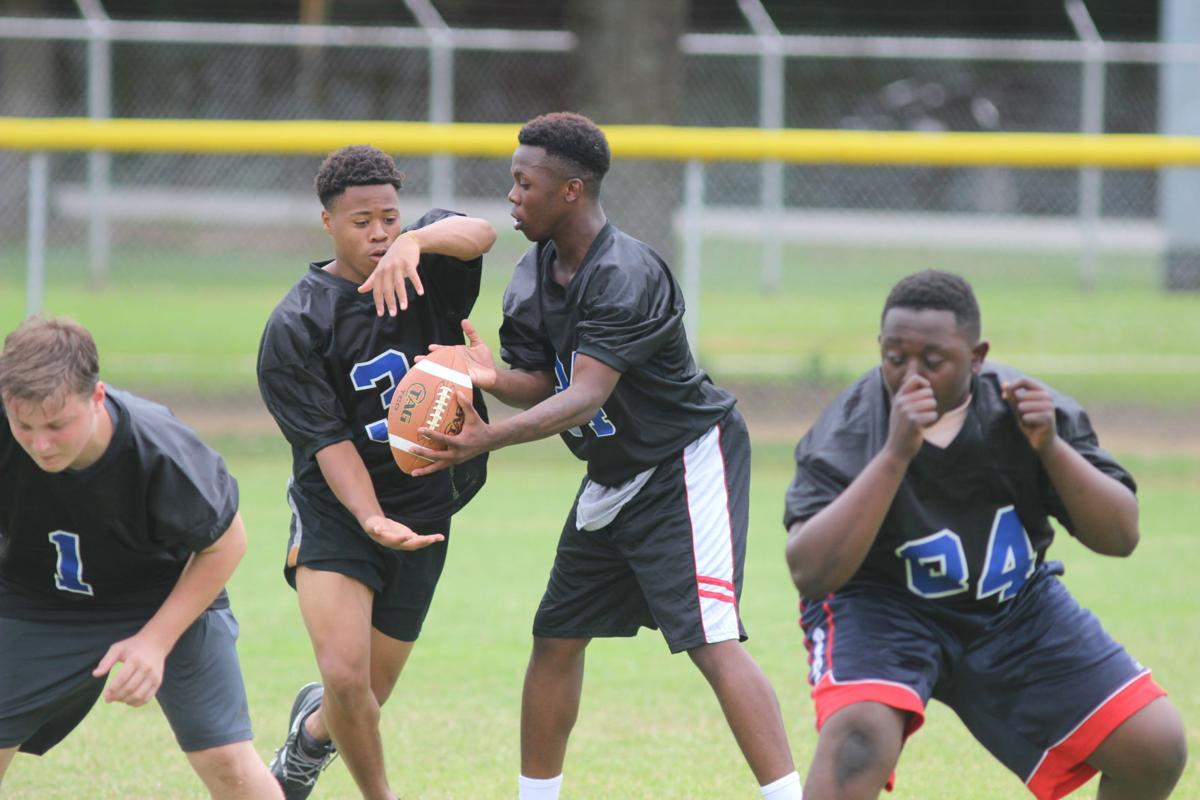 Surrounded by baseball fields that echo the sound of the ball meeting the bat, Quarles’ voice is the louder of the two.

It’s an especially hot morning, and the black Dri-Fit shirt Quarles is wearing makes the conditions less forgiving. Sweat drips off him as he takes his wide receivers and offensive lineman through repeated drills. The team isn’t in pads, but some players are sporting their new black and blue Raptors uniform

The jerseys bring obvious excitement to some, even enticing a kid who wasn’t on the team – and obviously too young to play – to ask Quarles if he can have one.

“Big,” however, is used loosely in this case. The Raptors aren’t the most physically imposing team. Most are homeschooled or go to private schools without a football team. The Raptors allow them — sometimes for the first time — a place to play football.

“These kids are basically first-time kids that never played before,” Quarles said.

“The main mission is to get them developed as a football player, as a student-athlete and as a child at home. This program is giving the kids a high school field, and also giving kids a second chance who went to public school (previously) and might not have made the team.”

Formerly the Greenwood Sabercats, Quarles said he changed the name to the Raptors after becoming the head coach during the offseason to start fresh.

The Raptors are a part of the Independent School League and travel across the Carolinas to play. Their first game is Aug. 12 against the Carolina Wildcats.

But the game isn't the most important aspect to the program — most Raptors don’t have day-to-day contact with other students without being on the team.

“It’s for the (players) to make a relationship within the community, as well,” Quarles said. “Basically when you have homeschooled kids, they only communicate with the private or homeschooled people. What this is, is kind of getting everybody together as a community. It’s teaching them to mingle and talk with different cultures.”

Quarles said he will run his practices like high school practices across the Lakelands. Quarles was the running backs coach last year at McCormick High School, where he coached star running back Mataeo Durant.

“I give these kids the same-type feel of practice as I did (in McCormick),” Quarles said. “We try to give them the same feel that they would get in a public school.”

The Raptors are looking for donations and sponsors for equipment costs. The program also has a middle school team.

Lives Lost: A century of learning, bookended by pandemic

The Latest: DC calls in entire National Guard for protests

World alarmed by violence in US; thousands march in London

The Latest: DC calls in entire National Guard for protests