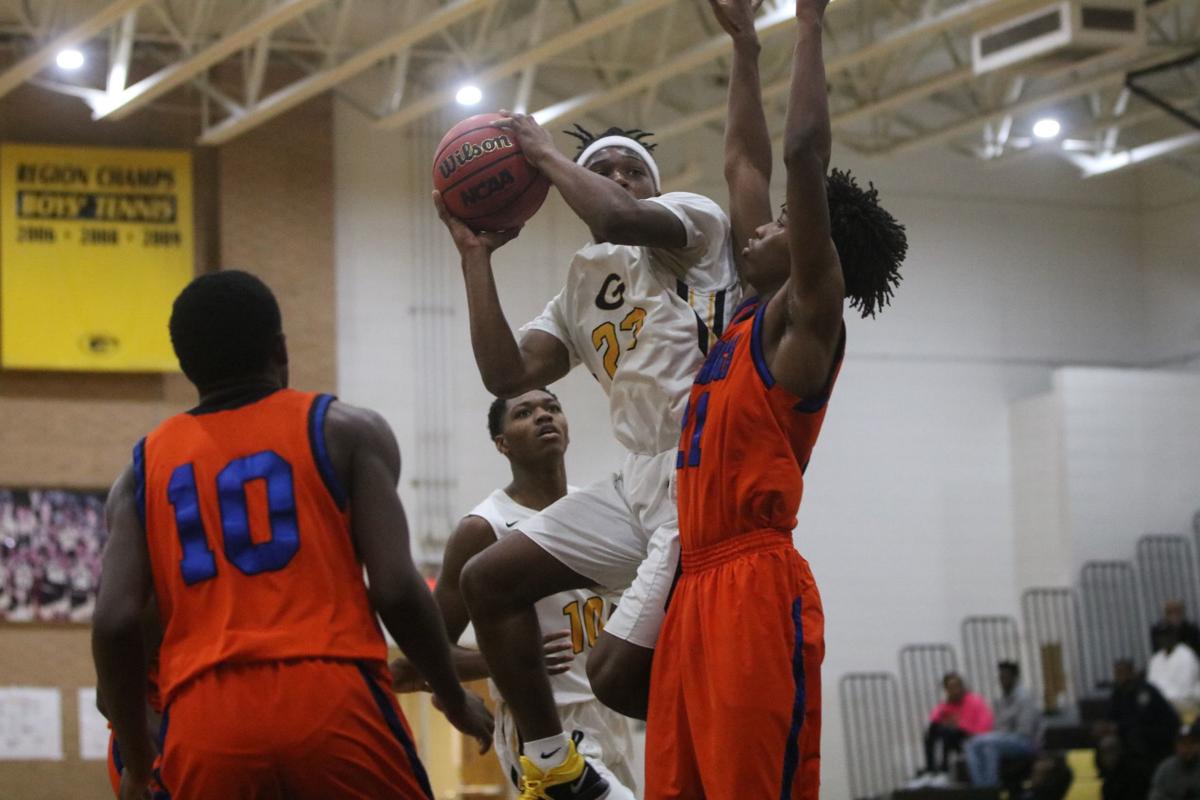 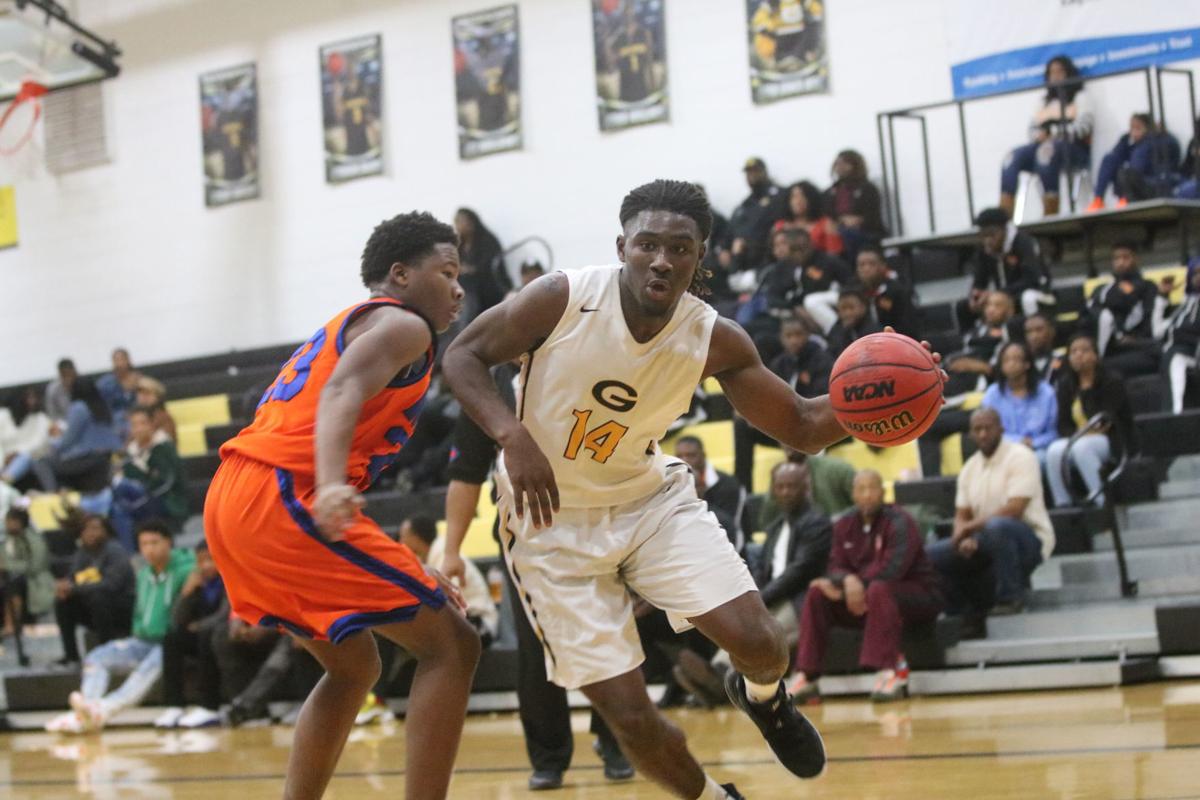 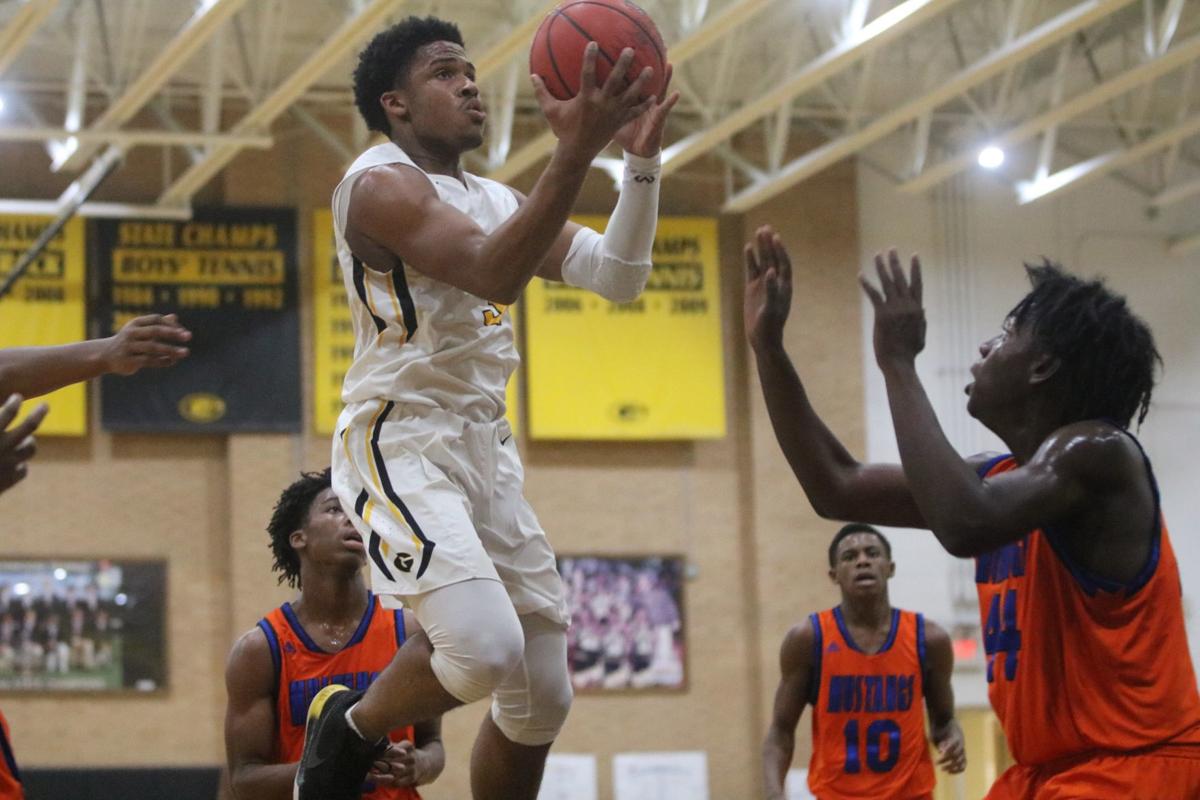 Greenwood is heading to the championship game.

Alex Cunningham scored 19 points, Greenwood held off a late Midland Valley rally, and the Eagles avenged last year’s one-point loss to the Mustangs to secure a spot in the Emerald Ink & Stitches Holiday Classic with a 60-55 win.

“Any time you can go to a championship game, it feels good, but that’s kind of what we expected,” Greenwood boys basketball coach Kelcey Stevens said. “Any time you host your tournament that’s the end goal — to play in it and to win it.”

Midland Valley knocked Greenwood out of its own tournament last year with a 60-59 win, but this time was different.

Greenwood, playing without its top two shooting guards, took the Mustangs below the basket on Friday, where 6-foot-3 center Malik Palmore bullied his way to 11 points and 6-foot-2 forward Jaylin Tolbert chipped in 11 of his own.

“Well, we definitely emphasized paint touches and getting Malik and those guys touches in high-percentage scoring areas,” Stevens said. “We took advantage of it in spots, and there are some areas where we can still finish a little better around the rim, but we need a good balance of being able to make a few fall from the outside and keep working the ball on the inside as well.”

Tolbert had a two-hand jam with 11 seconds left in the game to put an exclamation point on the win.

Greenwood’s gameplan featured a bit more balance between perimeter shooting and getting inside baskets, but the Eagles’ shooting went cold after the first quarter.

Cunningham had a game-high 19 points, and his first points came in the opening minutes of the game when he knocked down a 3-pointer to make the score 5-0 early, but the Eagles couldn’t hit another three until 0:47 in the third quarter, when M.J. Holloway connected to give Greenwood a 41-39 lead.

Greenwood (4-7) also went cold at the free-throw line, where the Eagles opened 7 of 15.

“That was a major point of emphasis at halftime,” Stevens said. “We told our guys we’re giving up transition buckets, runouts and they’re getting to the line some, and they’re making their free throws. We’re getting to the line, which was a plus, but I know we were well below 50 percent in the first half shooting it. Then guys closed out probably around our team goal at 70 percent in the second half, so that was a big factor in us being able to finish the game.”

Greenwood finished 15 of 26 from the line.

Jermaine Dixon had 19 points for Midland Valley and Dontrez Manning, who knocked down a game-winning 3-pointer Thursday against Emerald, finished with 11 points.

Midland Valley will face Greenville in the third-place game while Greenwood will play Orangeburg-Wilkinson for the championship.

“O-W presents a unique challenge; they’ve got a lot of depth, they’ve got size, athleticism and they play at a ramped-up pace,” Stevens said. “Our No. 1 priority tomorrow is going to be valuing the ball and getting something out of each possession and getting a shot on goal. That’s something that’s going to present a challenge for us with our youth, but those guys are going up and they’re getting better every game. We’re going to come in and compete, be aggressive, and if we value the ball it should be really, really good basketball game.”

Champ Osaka, runner-up Kvitova into 3rd round in Australia

Akim Aliu, who spoke out about racism, signs with Czech team