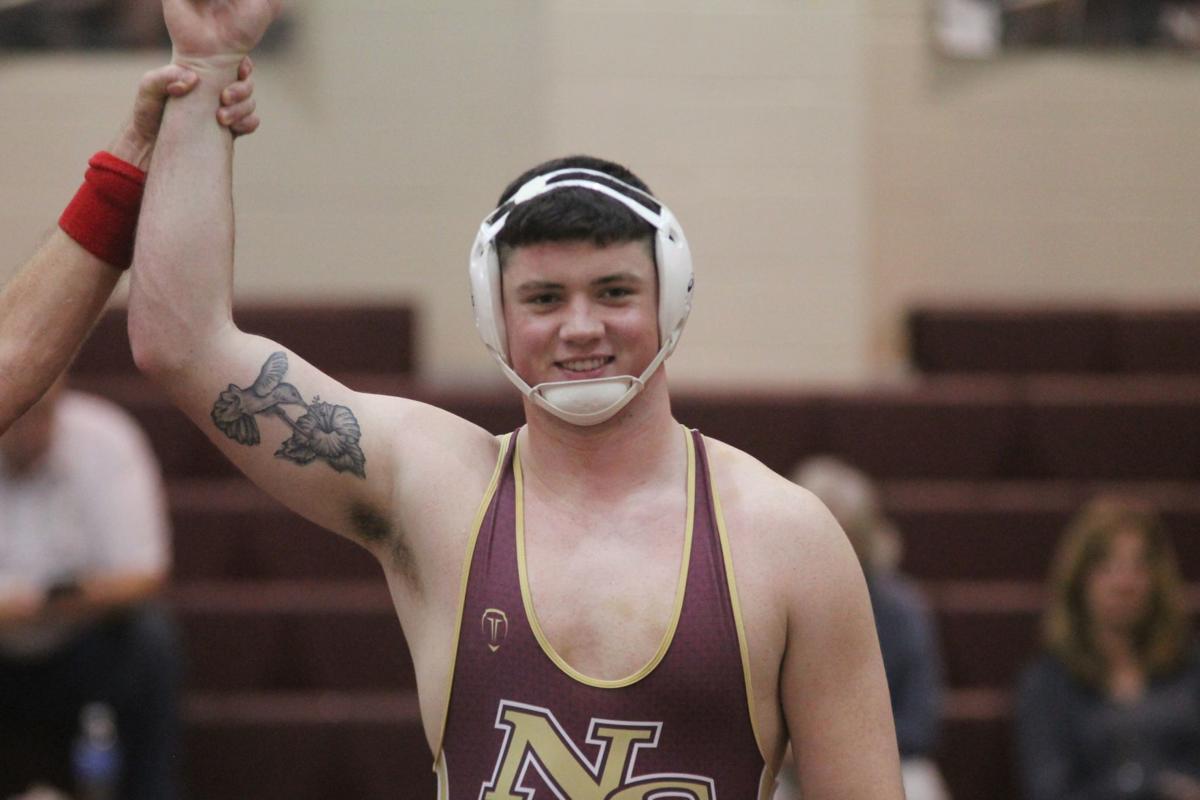 Ninety Six wrestler Cody Fleming has his arm raised as he earns a forfeit win in the 220-pound match of Ninety Six’s win against Emerald earlier this month. 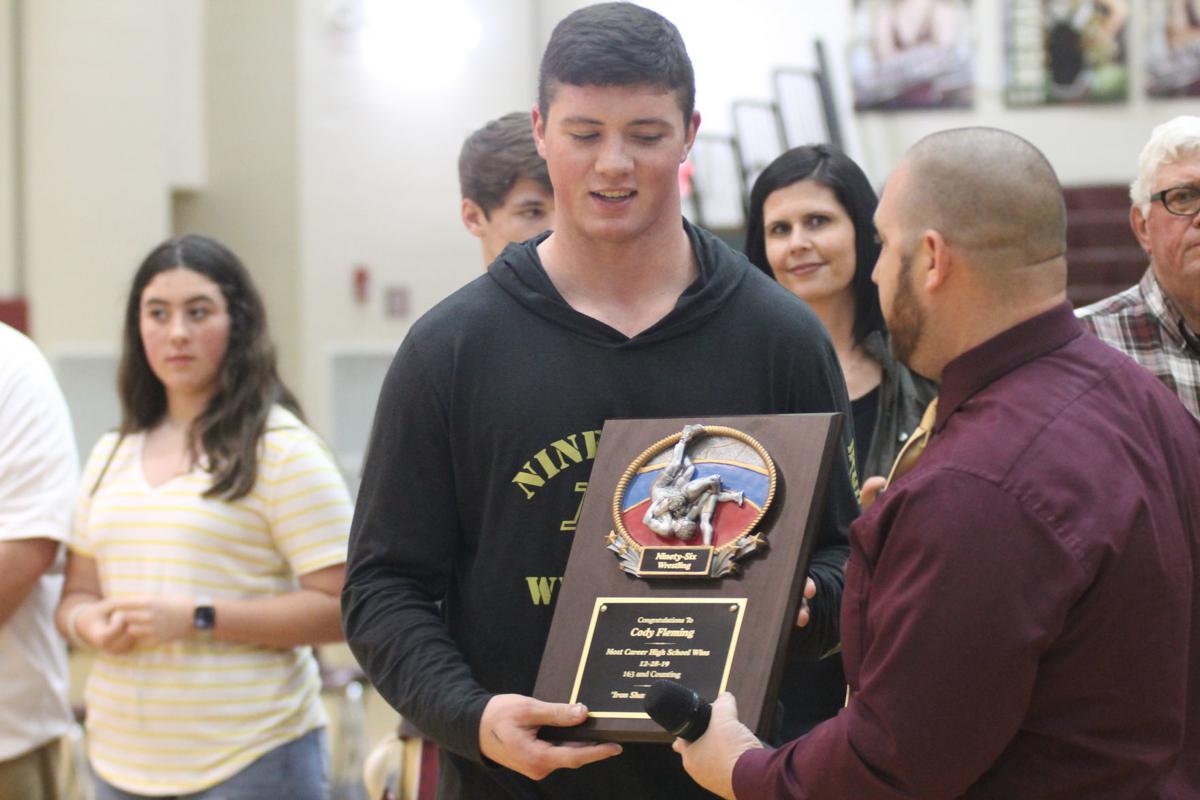 Ninety Six wrestler Cody Fleming has his arm raised as he earns a forfeit win in the 220-pound match of Ninety Six’s win against Emerald earlier this month.

The hidden fight in the recovery from a torn ACL is the mental one. Ninety Six senior Cody Fleming fully embraced that challenge.

An ACL tear last August resulted in a lost football season for Fleming, the top returning lineman for the Wildcats. Fleming suffered the injury during the second quarter of Ninety Six’s shutout loss to Emerald in the season opener. He recorded one sack in what turned out to be his final high school football game.

Fleming had hopes of having the option to play college football, but an opportunity to wrestle at the next level was still in play.

Fleming, a two-time heavyweight state champion, began training for his final wrestling season the day after he had surgery on his knee. Fleming worked out three times a day — once in the morning, once during lunchtime and once after school.

The road to recovery was a grueling physical and mental battle for Fleming. He learned more about himself and how to face adversity during the process.

“I’m not going to lie — it was rough in the beginning,” Fleming said. “It sucked. I had never done anything like that, but it was probably the best thing for me at the time, believe it or not. I’m glad it happened. It sucks I couldn’t play football and I missed my senior season, but I really learned a lot about myself. It made me work harder.

“In the end, I got used to it and looked forward to seeing my therapist and working out every day. I actually kind of enjoyed it because I made a good thing out of it, and I knew something good was going to come out of it.”

Fleming ended up on the fast track of the recovery timeline. He was cleared to return in December, five months after surgery.

Fleming refused to let anything get in the way of his return to the mat for the Wildcats. There was too much left he wanted to accomplish.

Fleming entered the season eight wins away from becoming the winningest wrestler in Ninety Six history, and another individual state title this season would also set a school record.

One of those record-breaking goals has already been accomplished. Fleming secured his 163rd career win in late December, giving him the most victories in school history.

“It meant everything,” Fleming said of breaking the record. “It was something I looked forward to for four years. Coming into the season, it was one of those records I was trying to break, and now I’m trying to set it high enough to where nobody else can touch it. It was a great thing, and something I worked hard for. I’m glad I did everything I could to get there.”

Now, Fleming has his eyes on a third consecutive individual state title before he joins the Lander wrestling program next year. Eddie Emery was the only other Ninety Six wrestler to win two straight state titles.

Fleming said setting the school record this spring would be a culmination of all the work he put in to return from the ACL tear.

“The third one is the most important one,” Fleming said. “This year, coming off the ACL injury, had really set me back, but I feel like I’m ready now more than I ever have been because I’ve worked so much harder to get back here. I’ve been blessed enough just to be in this position to do it.”