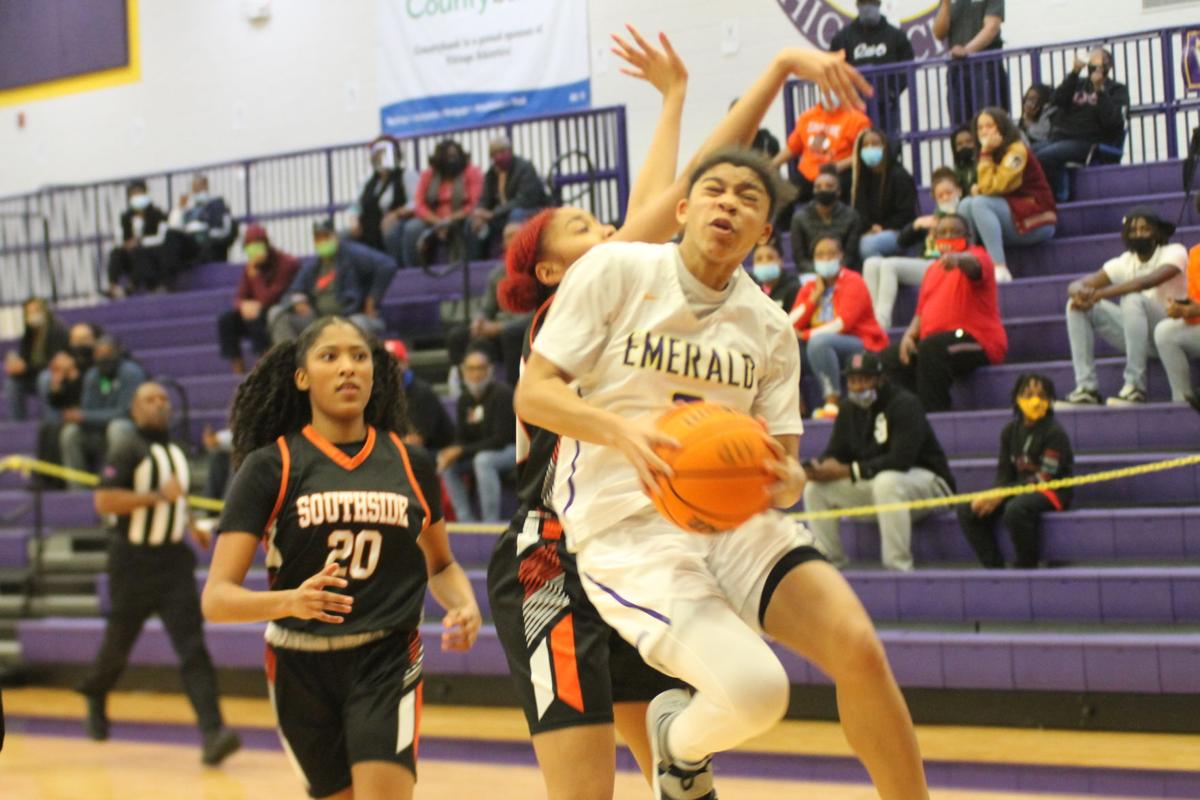 Emerald sophomore guard Kendahl Spearman goes up for a shot during Monday’s playoff game against Southside. 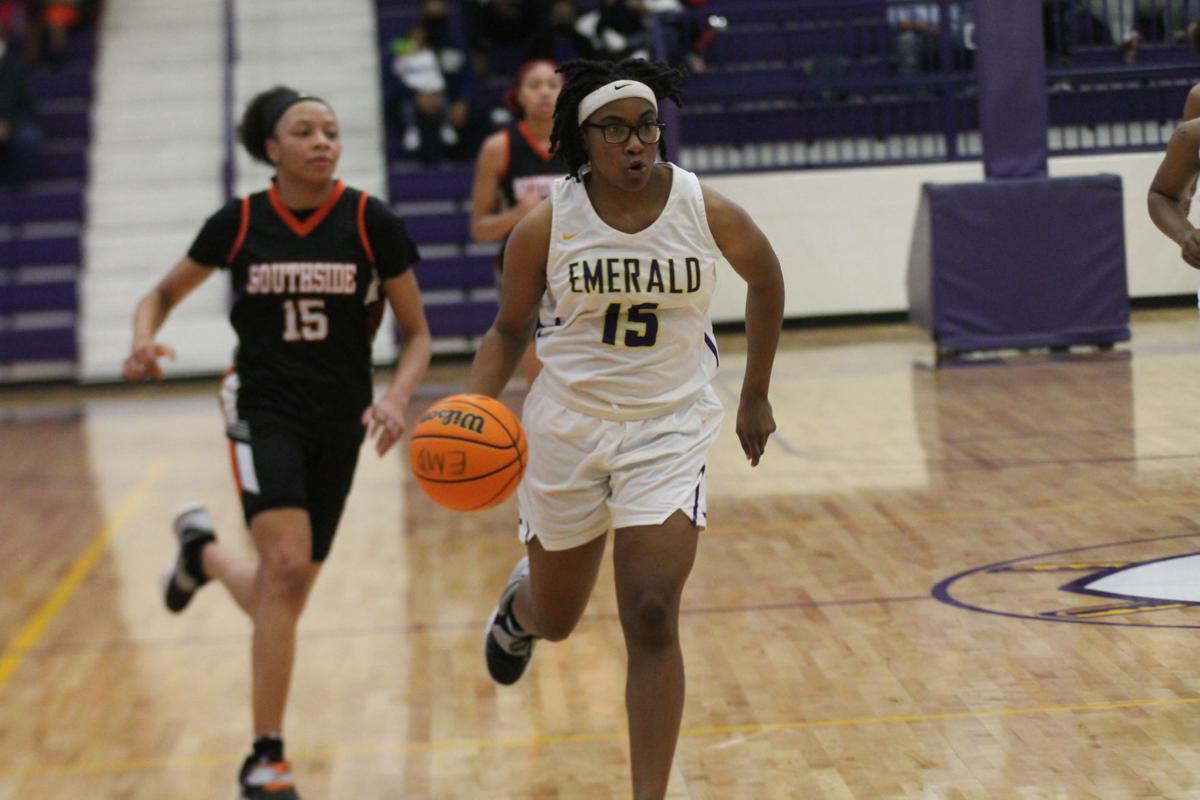 Emerald senior Aniyah Goode dribbles the ball up the court during Monday's playoff game against Southside. 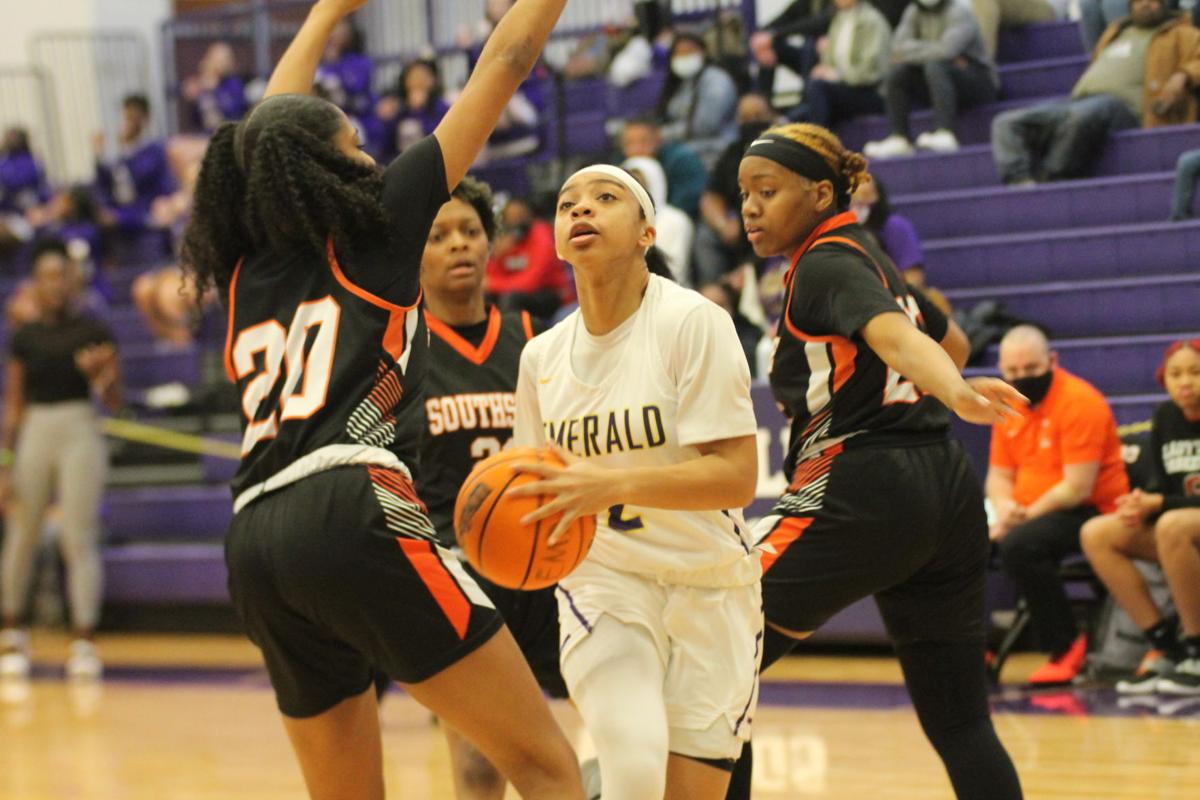 Emerald sophomore guard Kendahl Spearman goes up for a shot during Monday’s playoff game against Southside.

Emerald senior Aniyah Goode dribbles the ball up the court during Monday's playoff game against Southside.

Emerald struggled to gain momentum and never recovered from an early double-digit deficit as it suffered a 69-51 loss Monday night to Southside in the first round of the Class 3A playoffs.

The Vikings fell behind quickly in a cold-shooting first quarter and trailed by double digits for most of the game.

“When they got that lead on us, it was an uphill battle from that point on,” Emerald coach Merv Rollinson said. “(Southside) was able to push the tempo. That was a big difference in the game. They pushed out ahead of us and were able to stay aggressive on us. That’s a very good basketball team over there.”

Emerald finished the regular season as Region 3-3A champions and still appears to have a bright future ahead.

Although they will lose four seniors to graduation, the Vikings will return several young players next season. The team will continue to be led by standout sophomore point guard Kendahl Spearman, who shined in her first season at Emerald after transferring from Greenwood. She scored a game-high 29 points against Southside.

“We’re still real young,” Rollinson said. “We need to get better in the post, but I think we’ll be OK. We should have a good chance to be favored to win the region again next year.”

Emerald overcame a month-plus layoff because of COVID-19 issues as it frantically made up region games to make the playoffs.

Rollinson said a full offseason could make all the difference for the Vikings next year as they look to build more cohesion.

“If we could get work in the summer, which, to me, is the most important time, I think we can bond and everything will be a little smoother,” Rollinson said. “I think if we would have had a little bit more time together, we would’ve been OK. I’m still proud of them. It’s been a tough season with everything we’ve been through. I’m proud of my girls.”