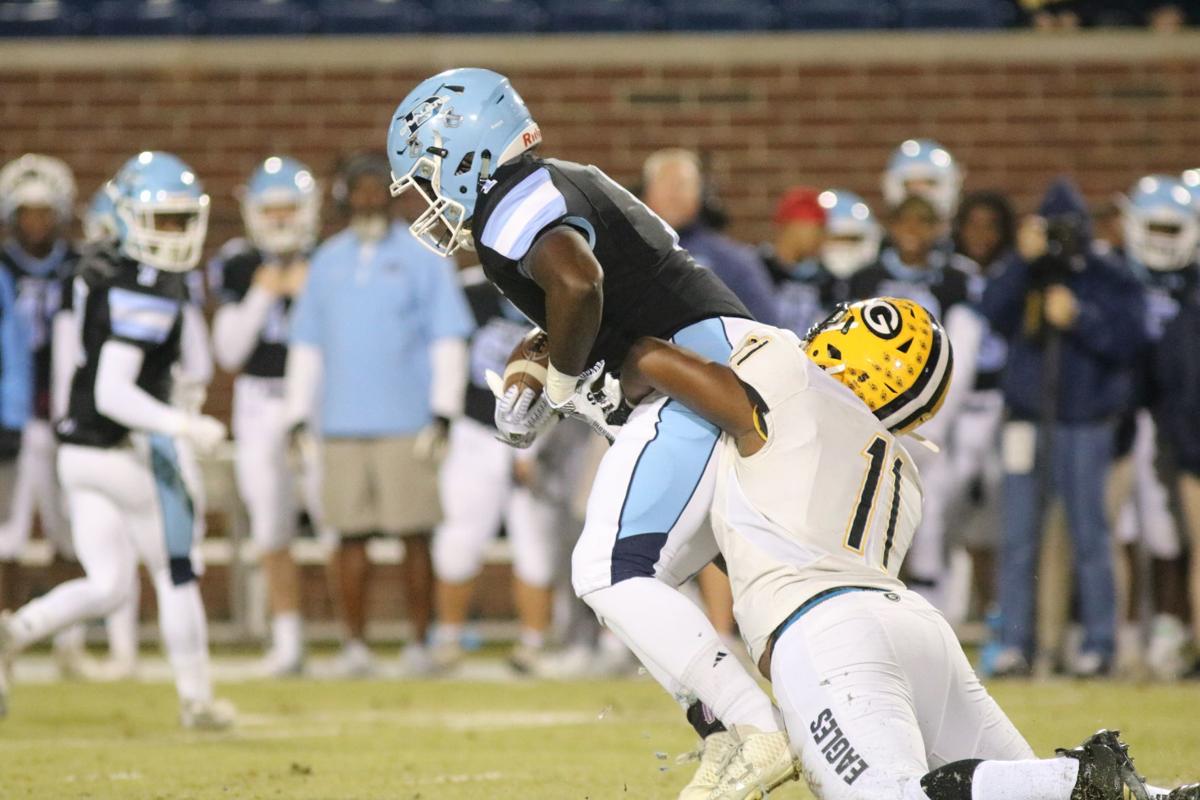 Dorman running back Rashad Durrah is tackled by Greenwood junior Myquinton Turman during Greenwood’s loss to Dorman in the first round of the playoffs. 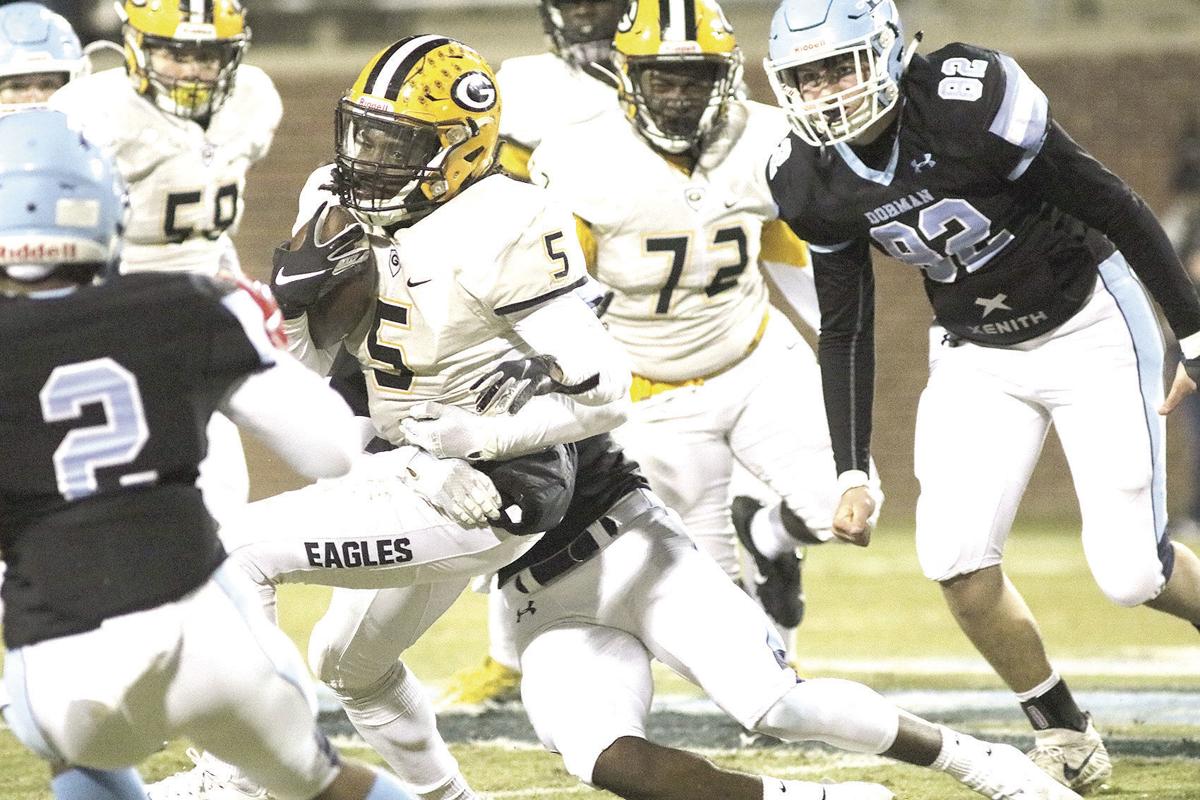 Greenwood junior Jyrea Martin fights for yardage during the Eagles’ 35-0 loss to Dorman in the first round of the playoffs.

Dorman running back Rashad Durrah is tackled by Greenwood junior Myquinton Turman during Greenwood’s loss to Dorman in the first round of the playoffs.

Greenwood junior Jyrea Martin fights for yardage during the Eagles’ 35-0 loss to Dorman in the first round of the playoffs.

ROEBUCK — After Greenwood coach Dan Pippin made his way through a handshake line with Dorman’s players and coaches, he spoke to a tearful group of Greenwood players about the end of his career and the road ahead for the squad’s returning players.

Pippin and Greenwood’s third trip to Dorman in three years had the same result: a season-ending blowout loss. With it, Pippin ends his 24-year career as a high school head coach.

Greenwood lost 35-0 in this year’s meeting. Dorman reigned from start to finish, jumping to a four-touchdown lead by halftime and limiting Greenwood’s offense.

Dorman quarterback Hayden Lee threw 12 for 16 with 253 yards and two touchdowns. Running back Rashad Durrah added two touchdowns, and Will Black rushed for the only touchdown of the second half.

Greenwood struggled from the start. On the first play from scrimmage, a pass from Daylan Rappley was caught by K.J. Makins, but fumbled eight yards down the field. The turnover led to Dorman’s first scoring drive, in which Lee completed a 23-yard pass and Durrah punched in the touchdown.

Dorman scored on its next two drives and added one more touchdown with a little more than two minutes left in the half.

Greenwood junior Jyrea Martin returned after three weeks out and led the Eagles in rushing with 58 yards.

“He is the epitome of what you want as a player. A college coach here before the game and I said that kid didn’t have to come back and there wouldn’t have been a single person who would have said anything to him if he didn’t. And at the end here, he’s crushed. It just speaks volumes to his character and just how great of a kid he is.”

The Eagles lost their top two running backs to injuries in the first game of the season. It forced Martin to play both ways until he was sidelined with an injury. Pippin said earlier this season that this year’s team has had more injuries than any team he’s coached before.

Greenwood turned in poor performances in region losses to Laurens and Woodmont to start 0-2 in region play. An upset win against T.L. Hanna later changed the course of the team’s season.

Greenwood had a chance to snag second in Region 1-5A on the second-to-last week of the season. A loss to Westside instead sent Greenwood down to fifth in the region for the second year in a row.

“The kids have done a great job this year and I’m proud of them,” Pippin said. “Overachieved, I think. The stuff that went on early in the year, the injuries we had, I think they really overachieved and did a great job. If we didn’t get those ones (injuries) at the end of the year, I think we’re not on the road at Dorman right now.”

Pippin is set to retire and coach for a few months with the Lazio Ducks in Italy. Pippin ends his six years at Greenwood with a 43-28 record.

While Greenwood’s fate by the end of Friday’s game seemed apparent by halftime, the finality of the season’s end still hit hard for Greenwood’s players when the clock expired at the end of the game.

“You never really realize it,” Pippin said. “It’s like me, at the end of the game, a 24-year career is over. Same thing with the kids. You try to prepare for it, and you just can’t. It’s just one of those things.”

Torino and Parma to kick off Italian soccer's return