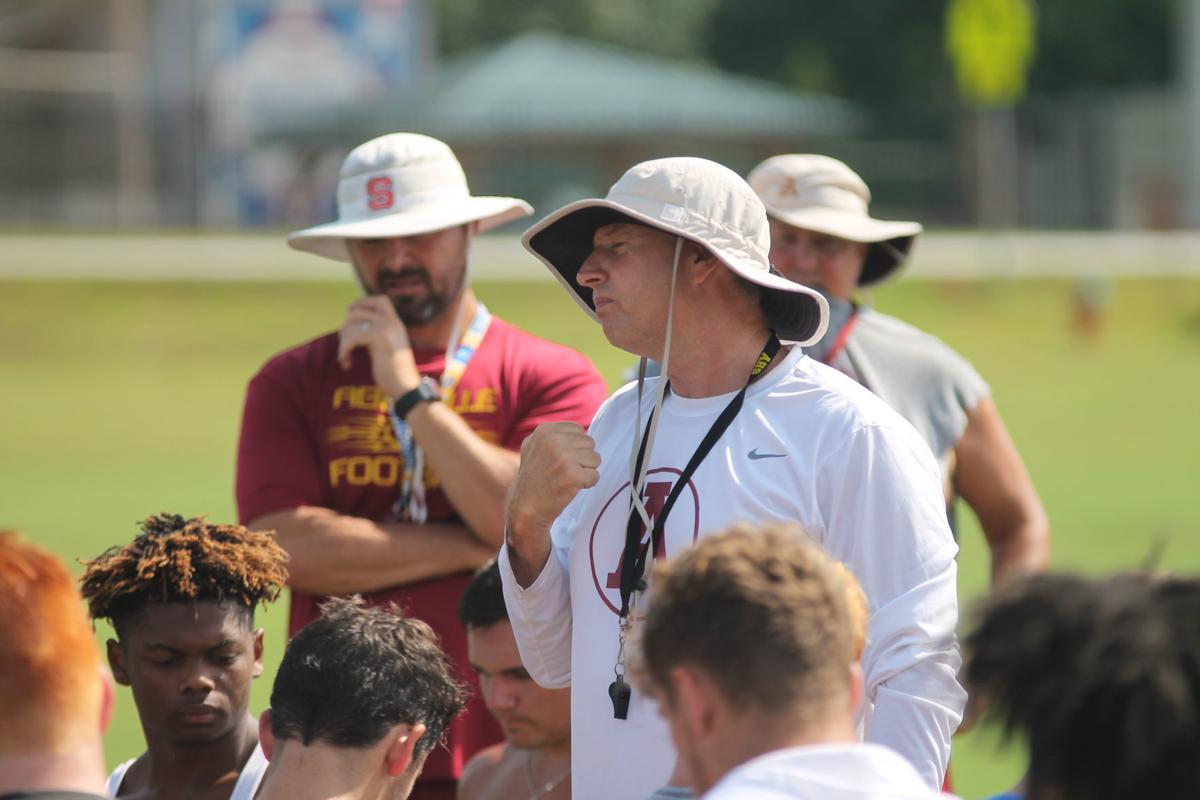 Abbeville coach Jamie Nickles speaks to his team during the first fall practice of the 2019 season. 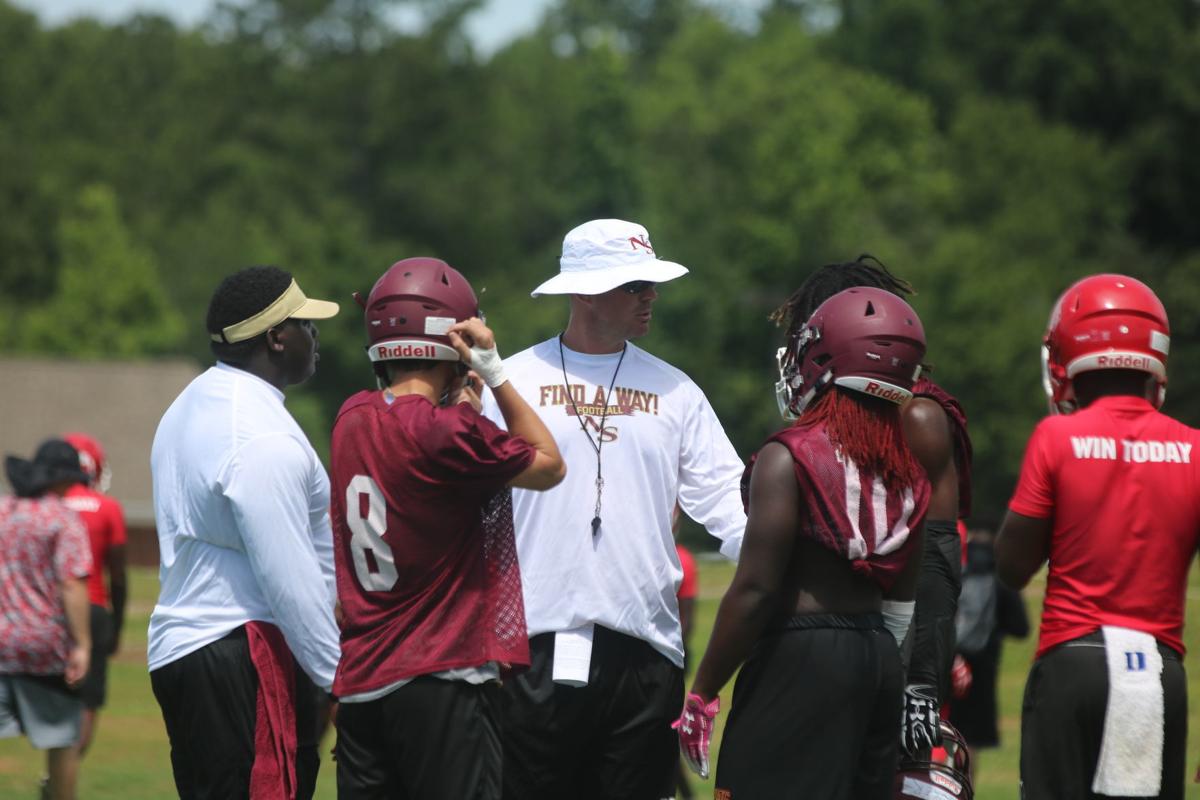 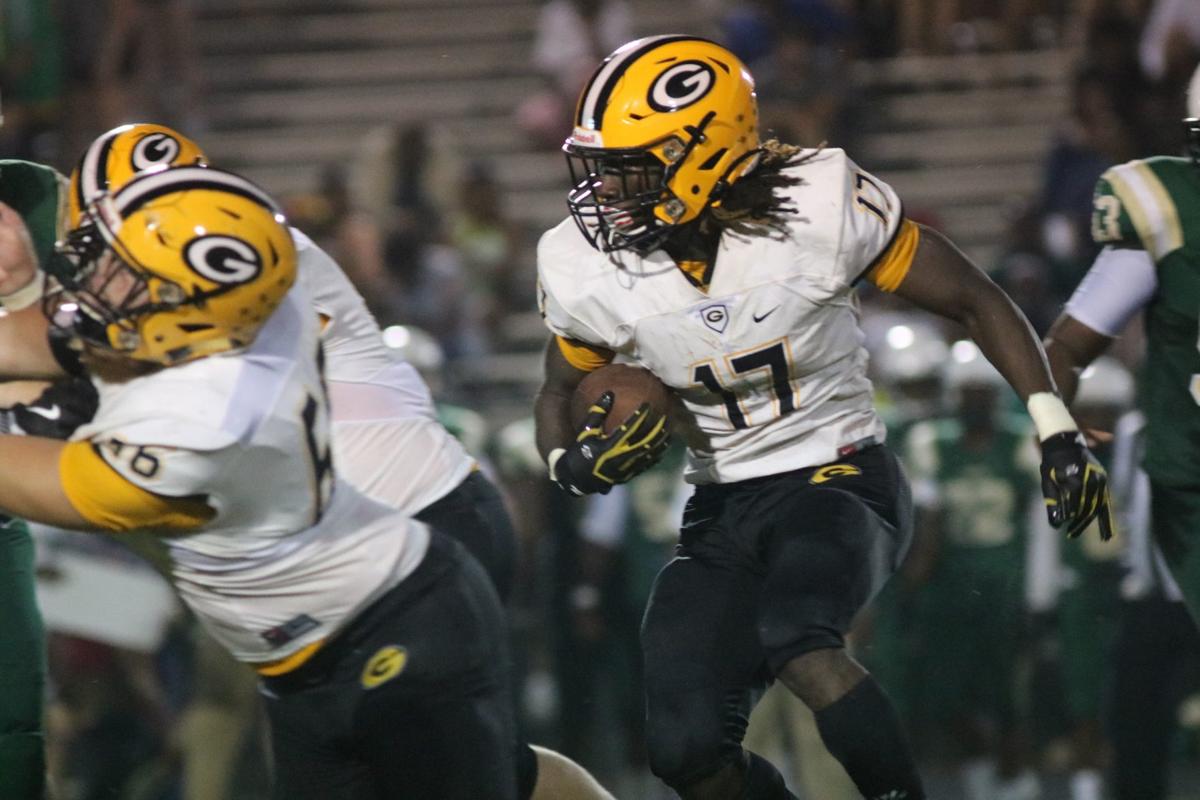 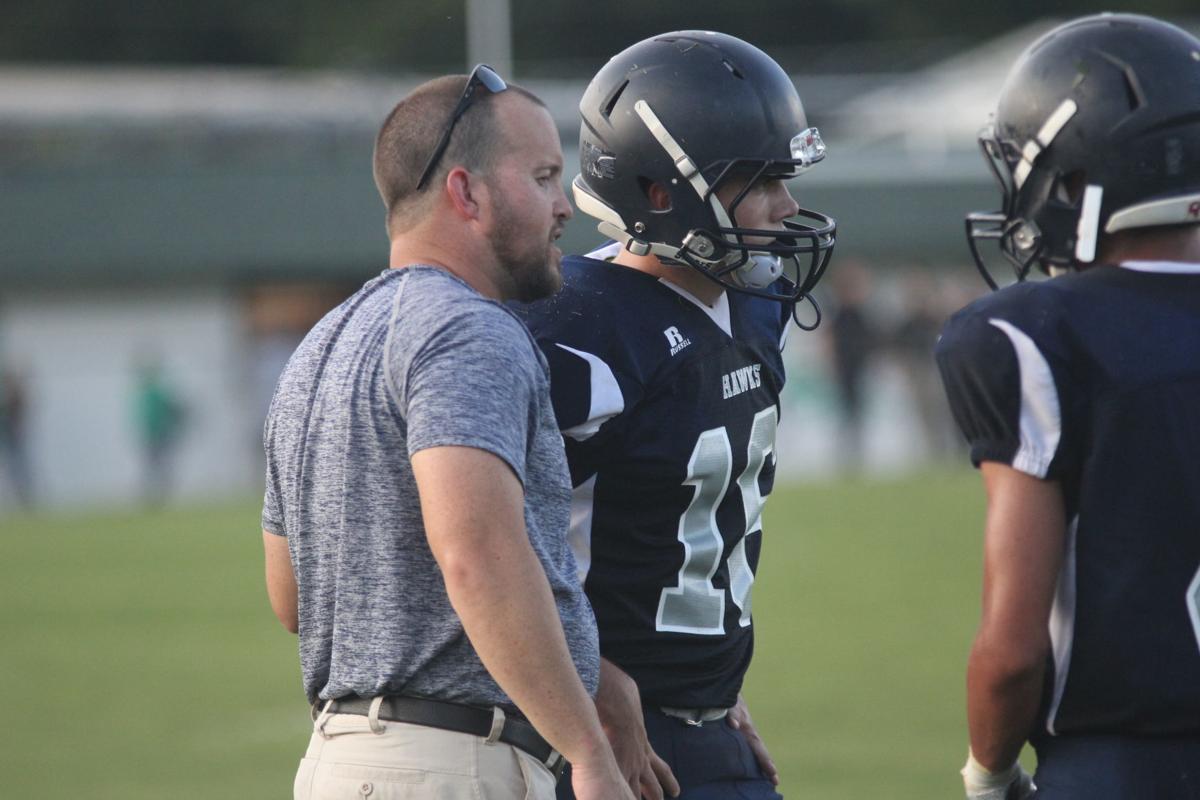 Abbeville coach Jamie Nickles speaks to his team during the first fall practice of the 2019 season.

Abbeville football coach Jamie Nickles is typically the first to worry about preparation.

It’s a running joke each preseason that Nickles, winner of six state championships and the winningest coach in Abbeville history, thinks he forgot everything he knows about coaching football. Somehow, he usually remembers well enough to make another deep playoff run.

This spring, Nickles truly isn’t sure what to think.

“I really don’t like to speculate, but I can hope,” Nickles said, “and I’m hoping that we will be able to play football.”

The coronavirus pandemic stopped sports this spring. It seems likely the fall’s football season will be significantly affected, too.

A decision from the South Carolina High School League on when fall sports teams can begin preseason practices is expected soon, but the announcement could still be tentative and worries remain about how different the 2020 football season could look.

Teams would normally be on the field now, but spring practices for fall sports were suspended by the SCHSL.

In the meantime, Lakelands coaches aren’t quite sure what to believe.

“You’ve got this group of coaches saying, ‘This is going to happen,” Greenwood coach Chris Liner said. “... I don’t think any of them actually really know. They’re just trying to make their best guess and give their players some sense of comfort.”

“This is uncharted territory for all of us,” Emerald coach Tad DuBose said. “I don’t wrap my head around what-ifs. I’m waiting on something to come from the league to tell us when we can start, what we can do.

“The game we play is a contact sport, and it’s going to be interesting to see how things pan out. I hope we can get a full season in, but who knows.

Saluda coach Stewart Young said he has little doubt there will be a football season, but he’s sure it will be a new experience.

“I’m confident in our social fabric, especially here in the South, football is a big part of our lifestyle and I’ve just got to believe that we’ll somehow find a way to get back to playing the sport of football because I just think that’s who we are,” Young said. “But I don’t know how confident I am that it will be a normal season.”

The State newspaper conducted a survey of 71 high school coaches in the state. All but one of them said they think football will be played in the fall, but about half of them indicated they believe the season won’t start on time.

“I just feel like it may be a situation where we get a late start and there may not be jamborees or scrimmage games,” Johnston said. “We may play one or two non-region and step into the region or no non-region at all and step right into region play. ... I don’t know that for a fact but I do feel like we’ll have some type of season.”

Will players, coaches be prepared?

Regardless of when the coronavirus declines in its spread, the summer heat will bring its own challenges when it comes to practicing safely.

Greenwood Christian will begin navigating through those challenges soon.

The South Carolina Independent Schools Association emailed a list of social distancing guidelines to its member schools this week about the return to practice fields, which can happen starting June 1.

Some of the guidelines include daily screening, outdoor workouts of 10 or fewer — including coaches — with groups separated by at least 25 yards and players 6 feet apart, and indoor workouts of five per 1,000 square feet.

Greenwood Christian coach Jolly Doolittle said the plan is for his team to return to practice June 1.

“I’ve never had to coach football with players six feet apart. The good teachers rise to the top, and we’ll find a way to make it work.”

As for Abbeville, Nickles said losing spring workouts takes the foundational connections between players and coaches away. He can accept the uncertainty, knowing everyone is facing the same issue.

“We’re all in the same boat,” Nickles said. “You lose our football team (to graduation) like we did, we are definitely one of the biggest rebuilding processes in the history of the school, but when you really sit down and think about it, I think for me, I can live with this. We’ll overcome this. I’m just hoping that we can have football in the fall.”

Ninety Six coach Matthew Owings, who’s entering his second season at the helm, still hasn’t had the opportunity for spring practices with the Wildcats. He was hired last May, after spring practices had concluded.

“I didn’t have a spring last year either, so I guess I’m used to it,” Owings said with a laugh. “Hopefully, next year we’ll have one.”

Owings said he was looking forward to using spring workouts to implement an offensive system he used in his previous stops at AC Flora, Blythewood and Lewisville.

“That hurts, not getting the opportunity to do live stuff,” Owings said. “Spring ball for us is the same because we didn’t have it last year, which was unfortunate. We’ll worry about this summer, when hopefully we’ll be released to do whatever we can do.”

The normal flow of the preseason will be interrupted, and that comes with concerns about injuries for players who are underprepared.

Liner said he thinks many coaches could make the mistake of working too hard to make up for lost practice time. He’s intent on easing his players into the preseason.

“I do worry about that but not for Greenwood High School,” Liner said. “We’re not going to go out and make them run for an hour and a half the first day they get back. We’re going to take our time and really get to know each other.”

While they wait, some coaches have taken steps to prepare as best they can.

DuBose, entering his first season with Emerald, said the team went through a cycle of weightlifting at the school before spring sports and practices were canceled.

He’s staying in contact with his players virtually and has also assigned workouts. DuBose said his main focus is on continuing to build relationships with his players through text messages and Zoom meetings.

“It’s just very challenging,” DuBose said. “There’s so many different things going on right now. First and foremost, I just want to reach contact with our kids and let them know we love them and are concerned about their well-being more than football right now.”

For Liner, who took over as coach this offseason, this period of time is also less about implementing a scheme and more about building trust. His staff and players often have Zoom meetings, and the pandemic has pushed football to the background in many ways.

“The thing I’ve talked about with our coaches is just ‘Look, man, make sure that they’ve got enough food to eat.’ Their parents may have lost their jobs or are not working right now,” Liner said. “Let’s just learn that we’ve got each other’s backs and try to build those types of relationships and don’t worry about the Xs and Os. What high school kid is going to remember something you taught them on May 9?