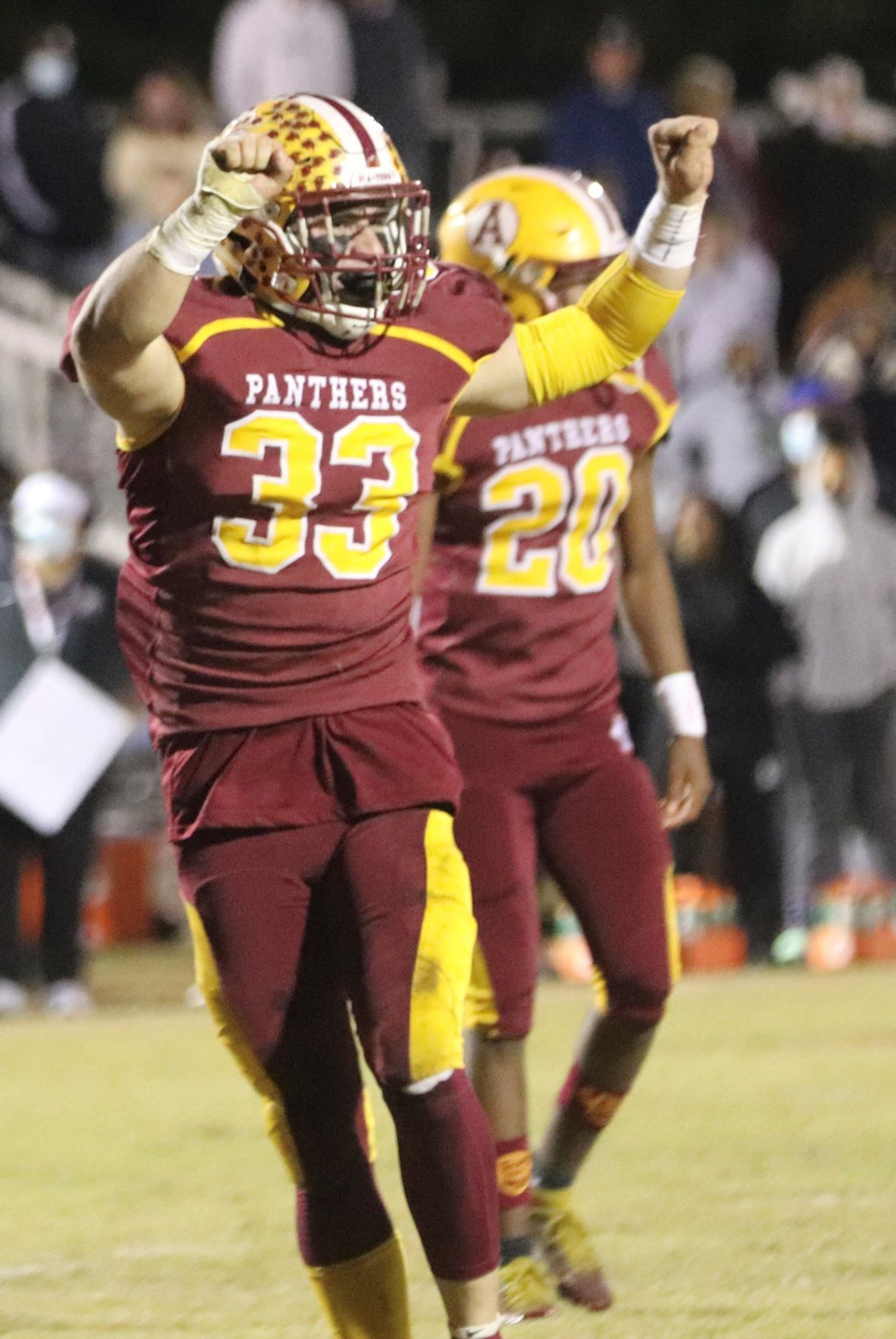 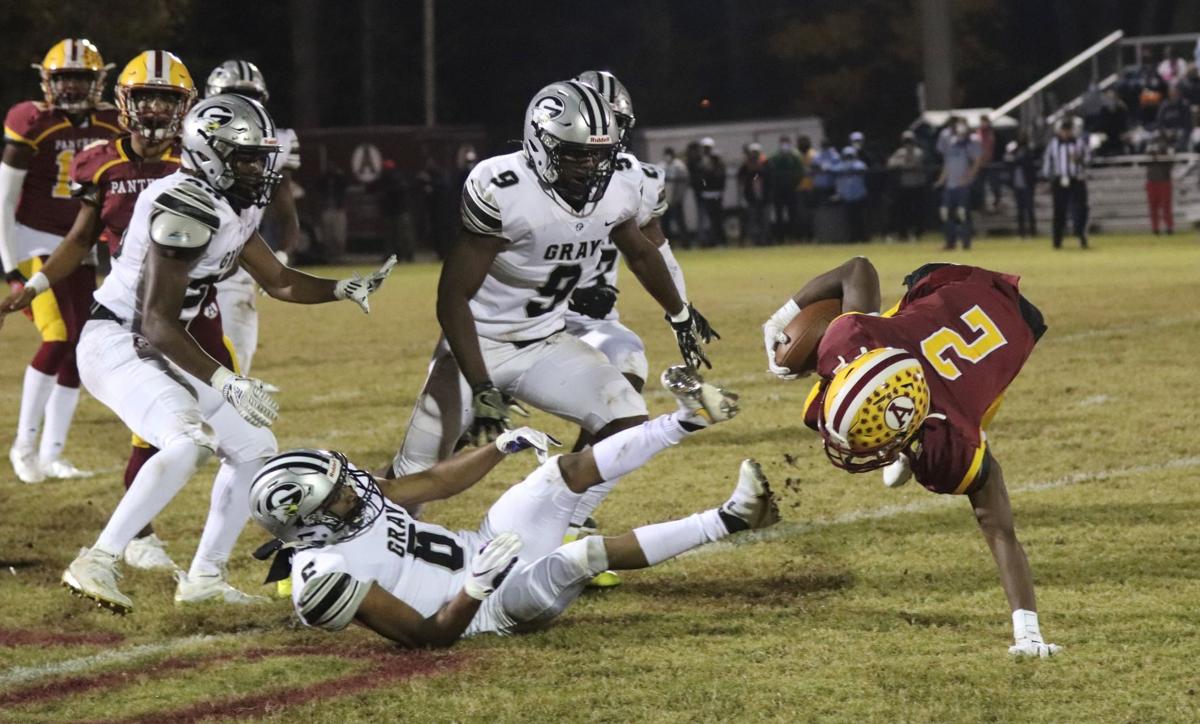 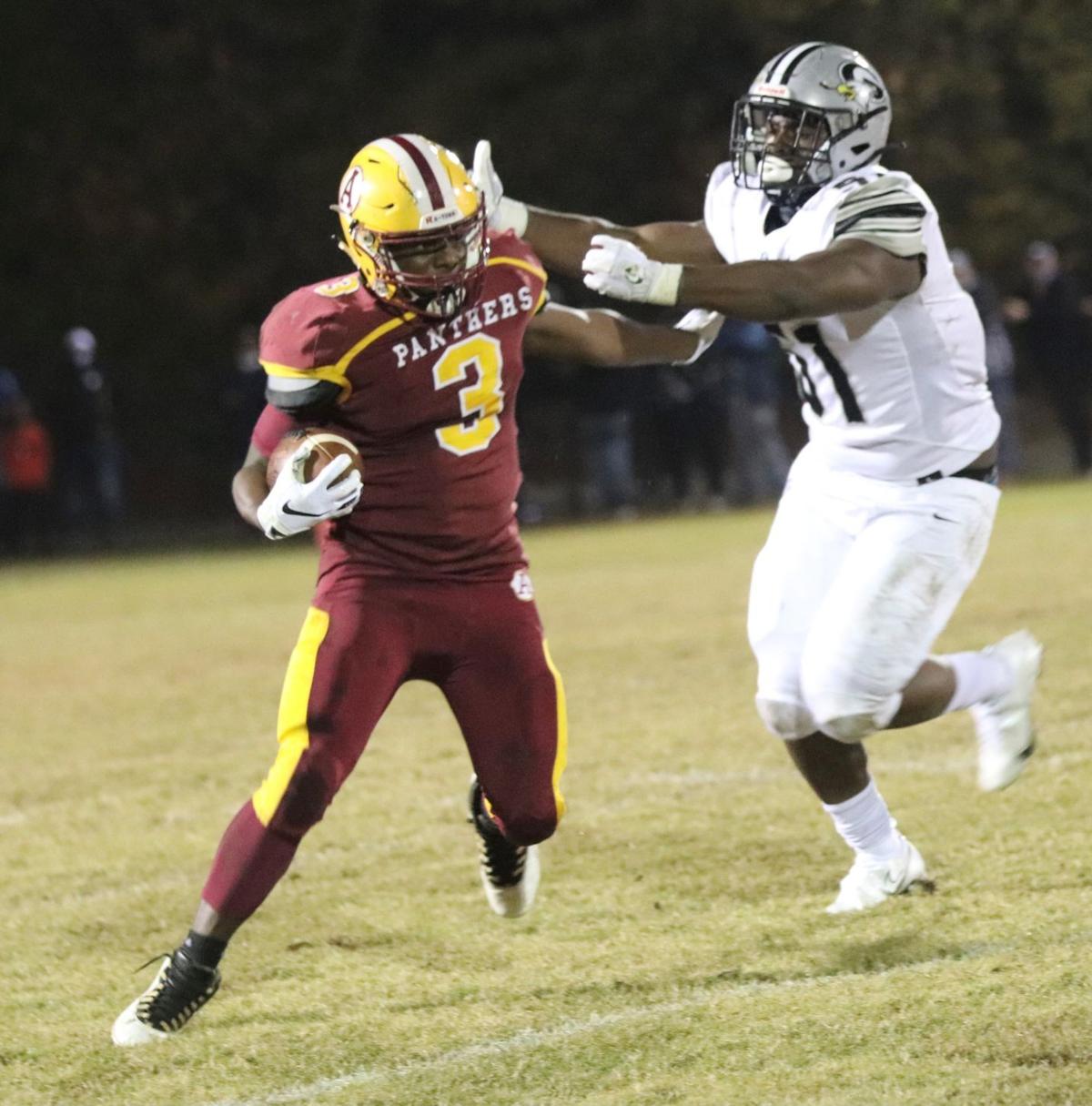 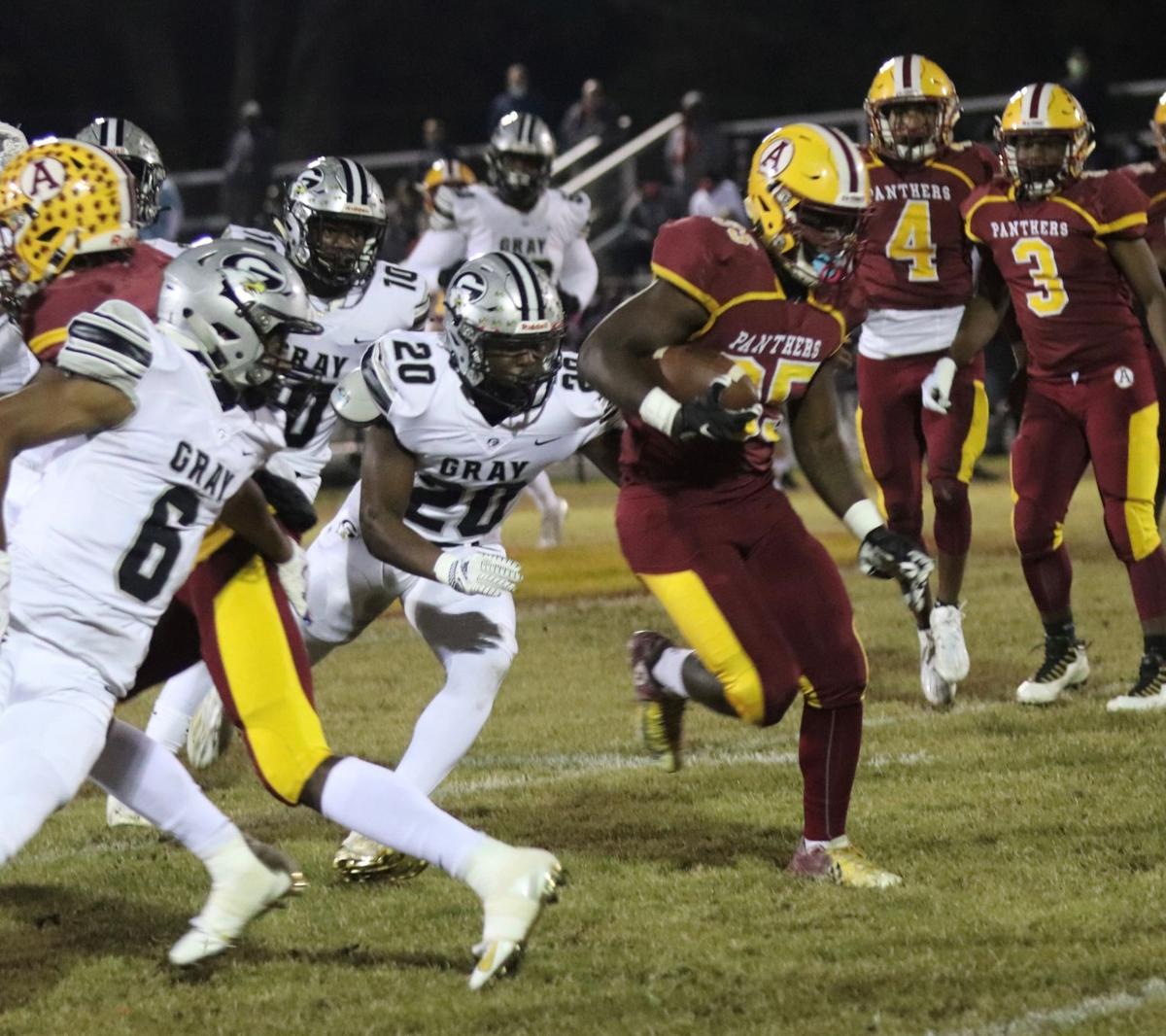 Abbeville running back Martico Jackson bursts through the middle in Friday night’s game against Gray Collegiate. 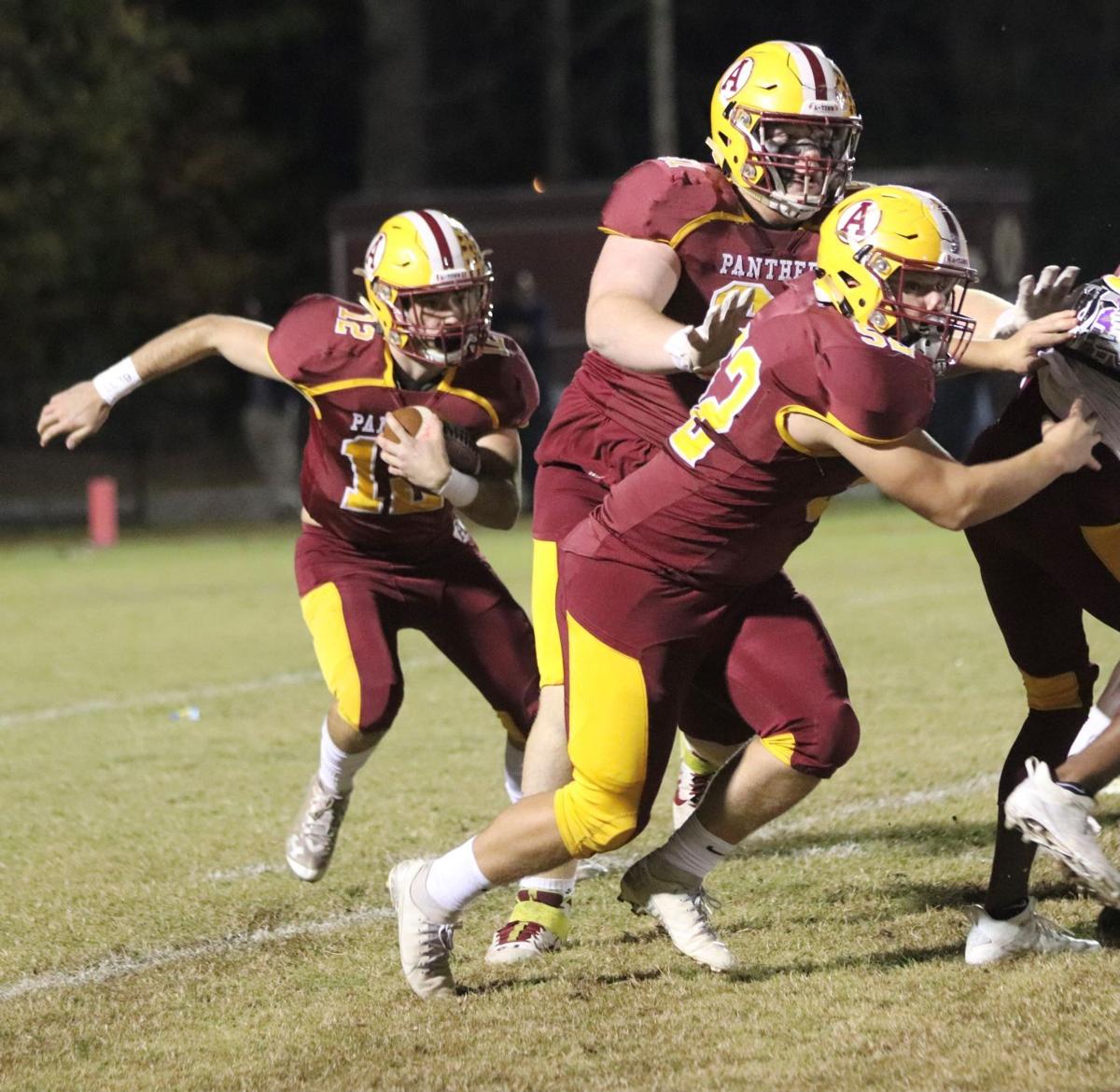 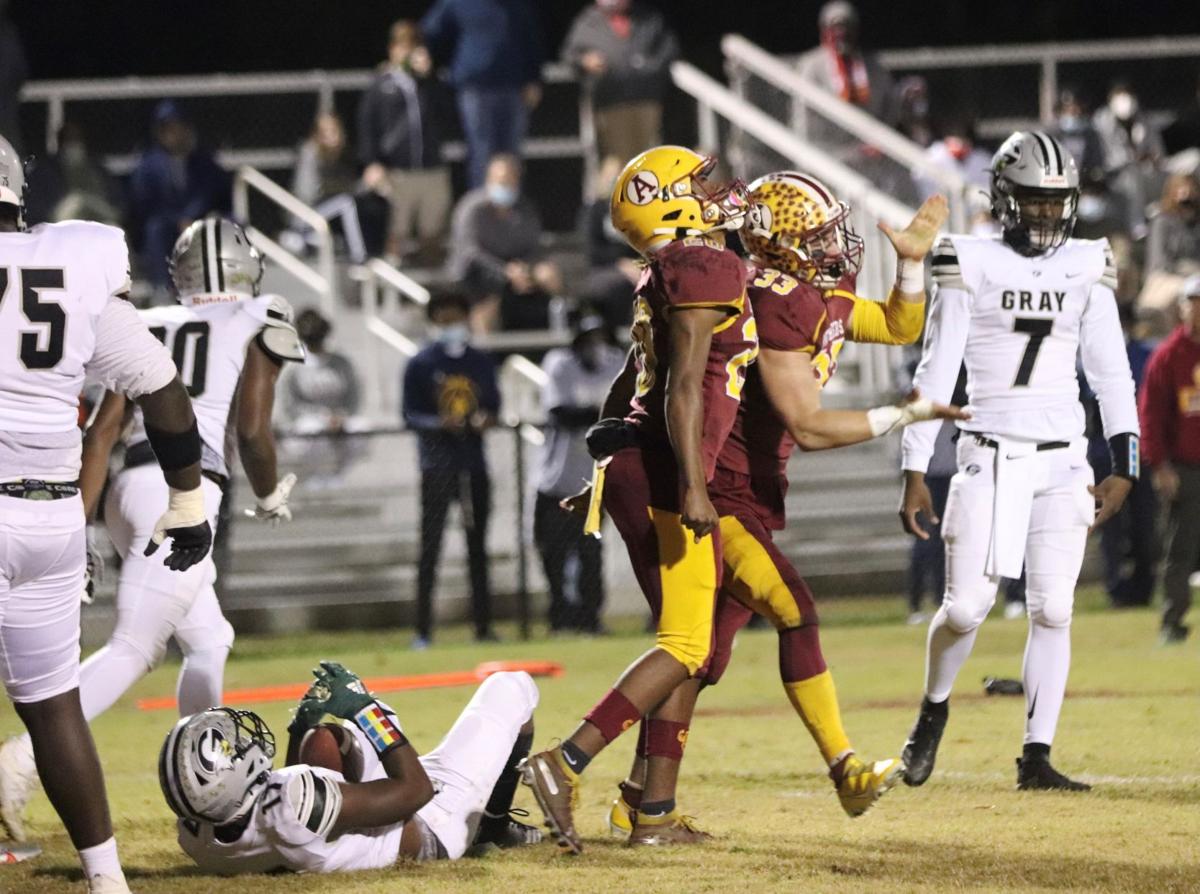 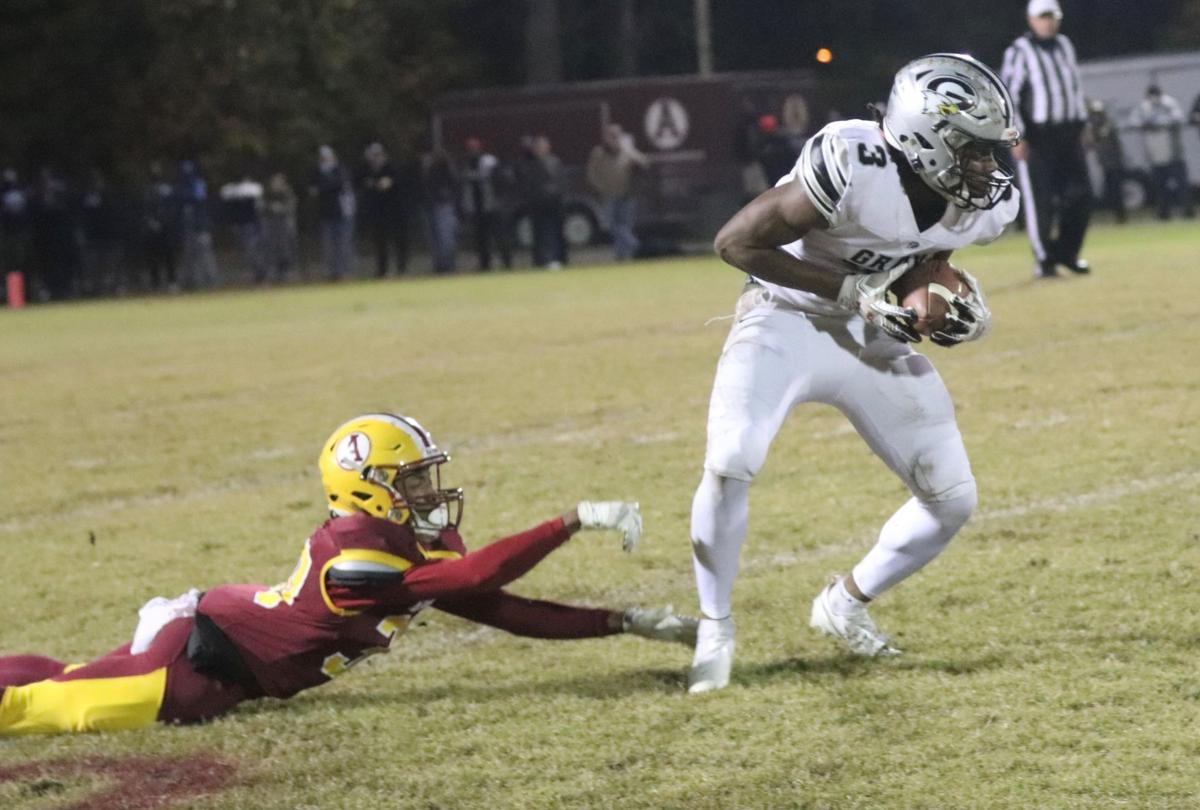 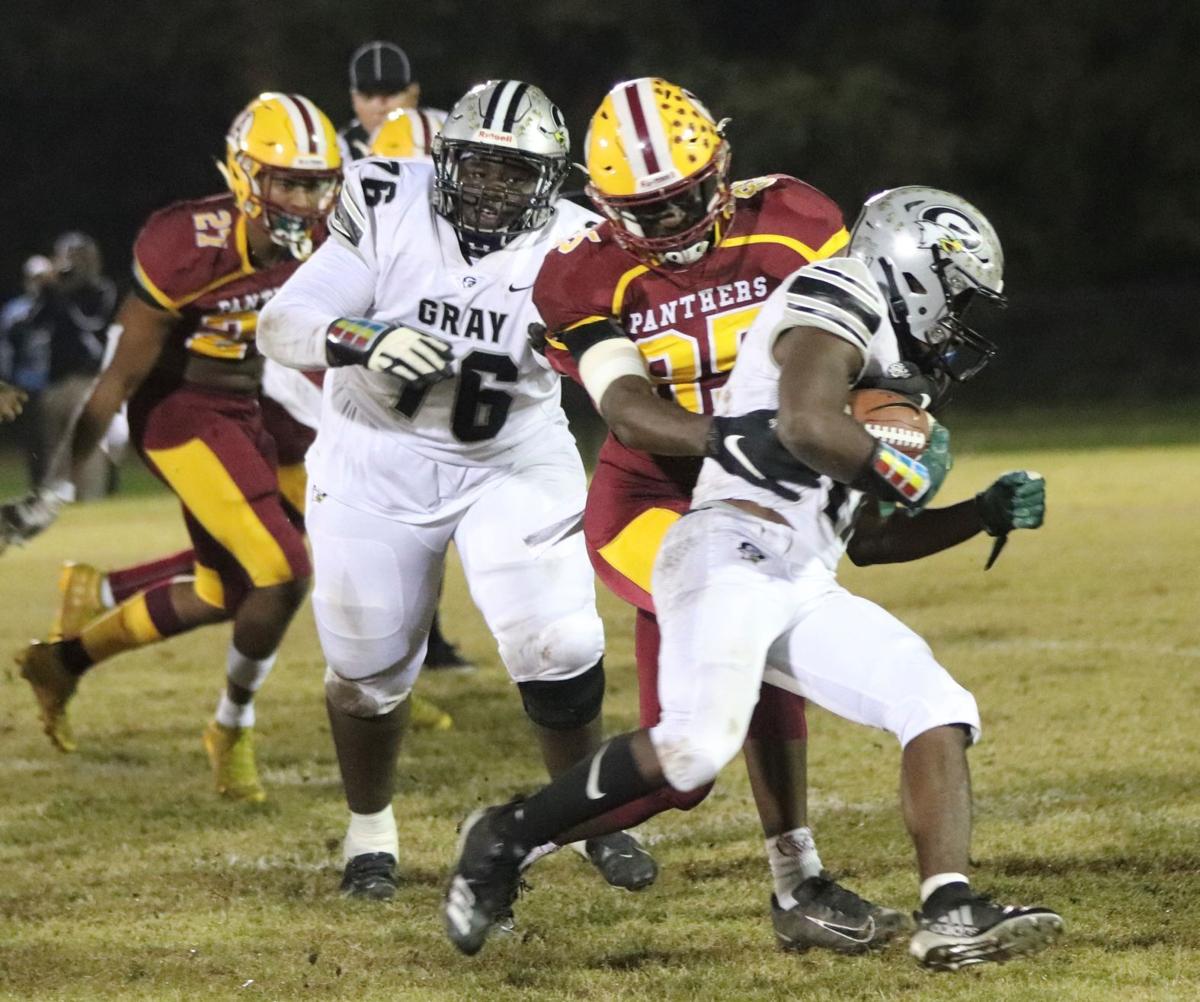 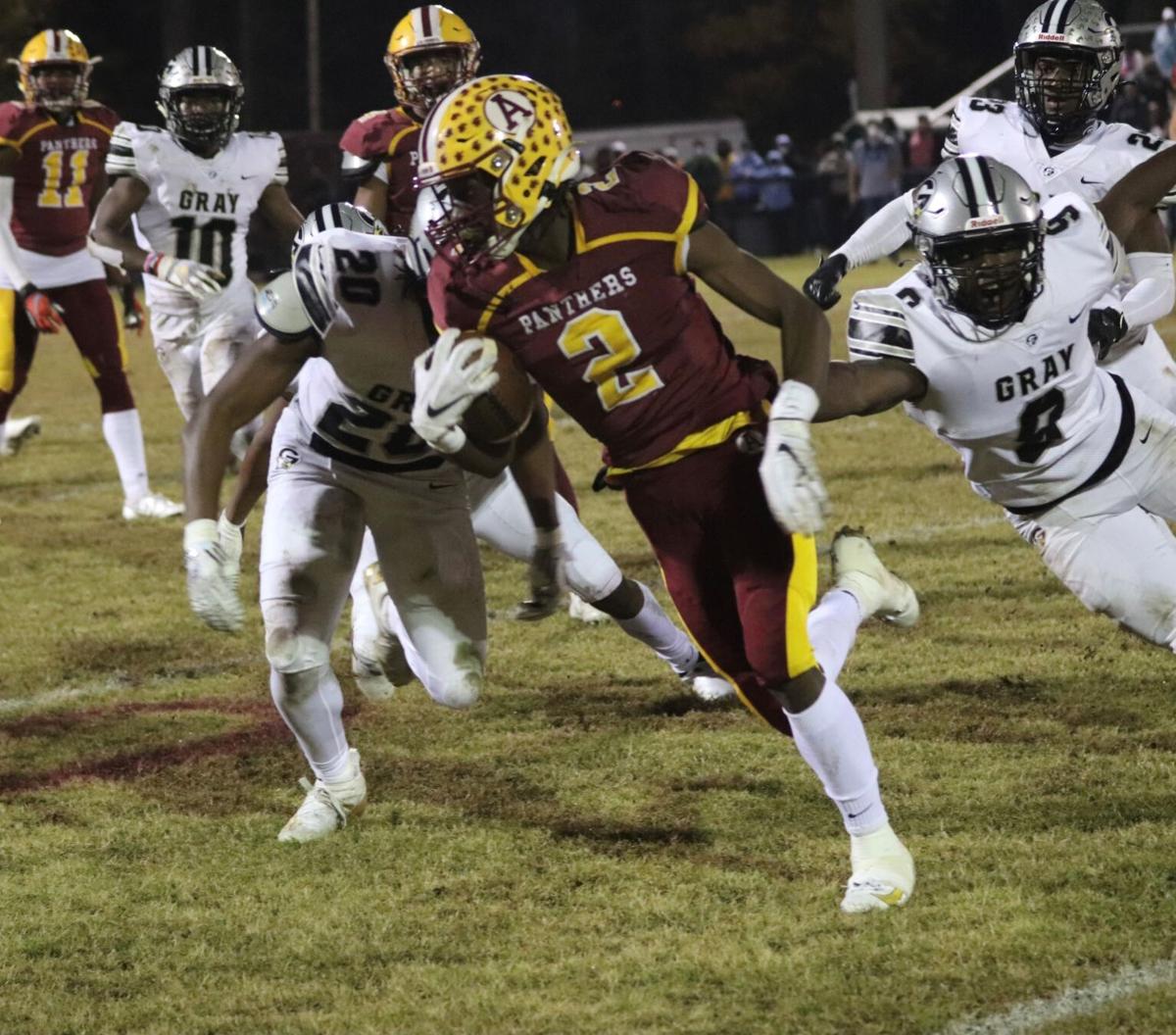 Abbeville’s Antonio Harrison carries the ball after a reception. 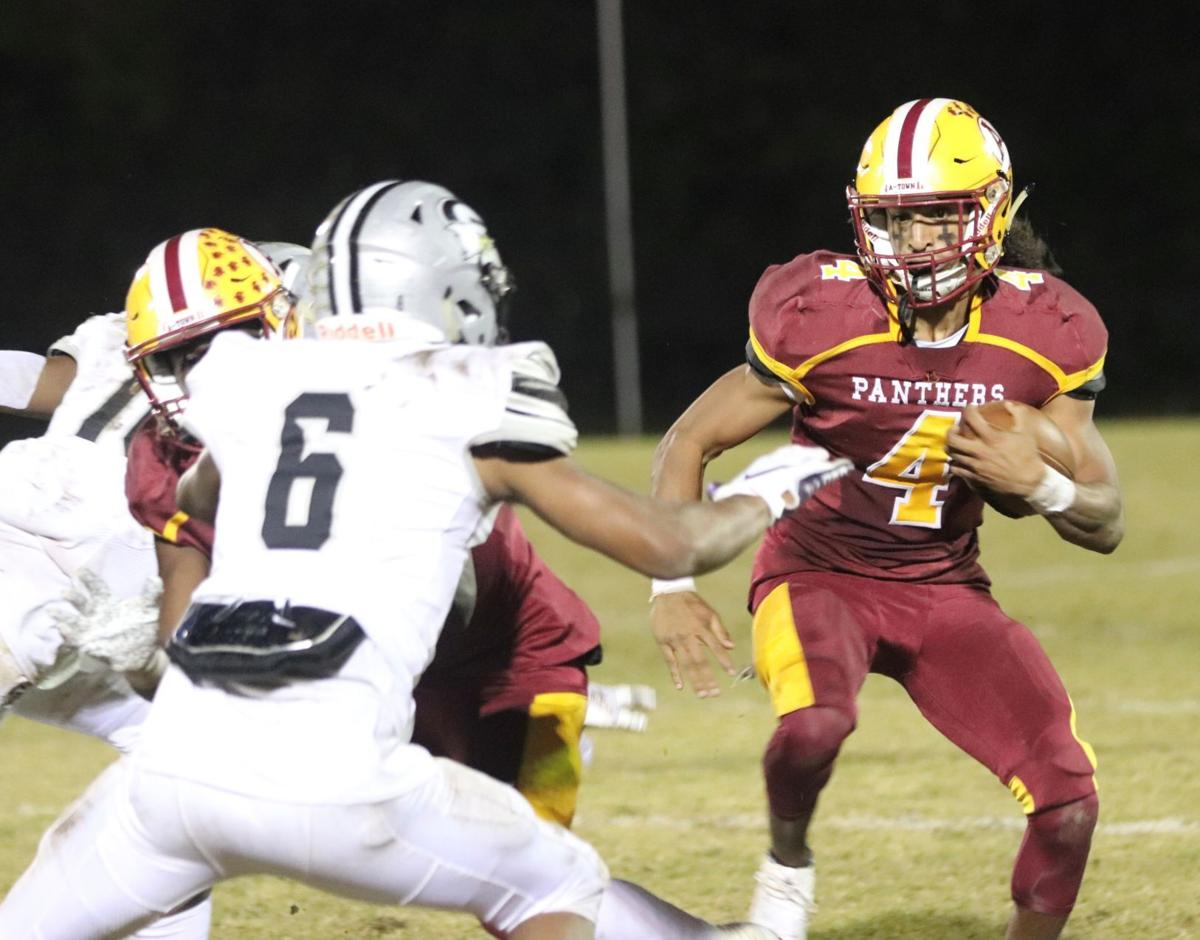 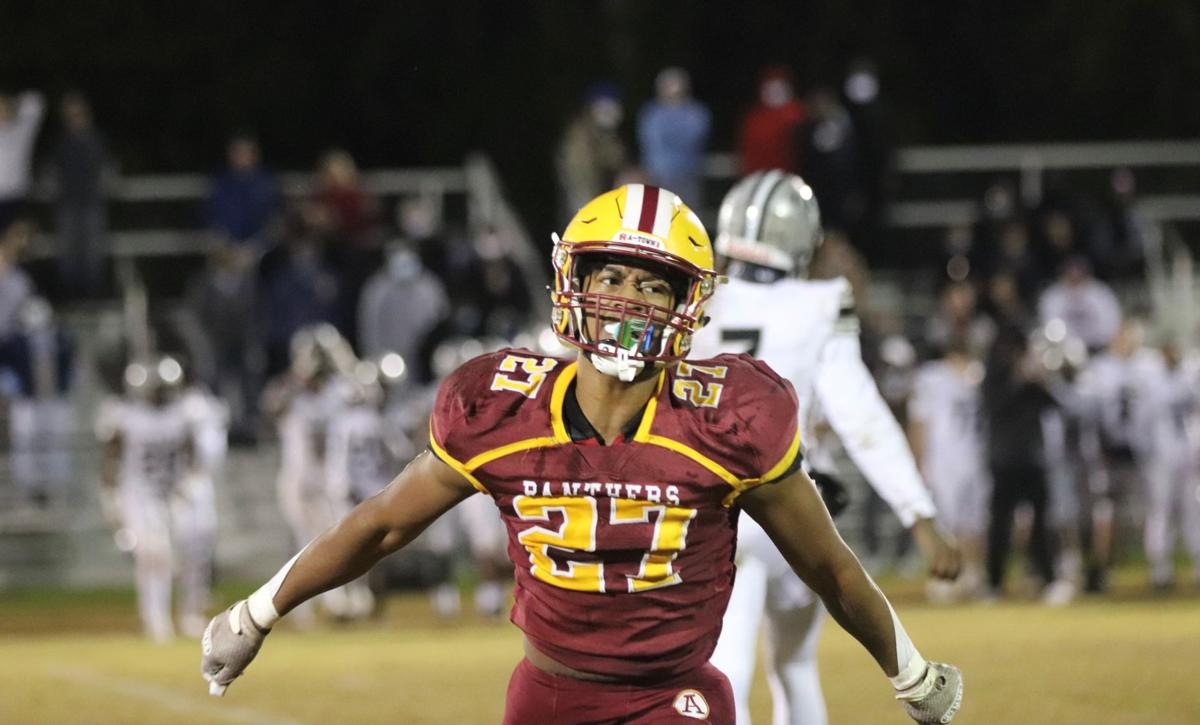 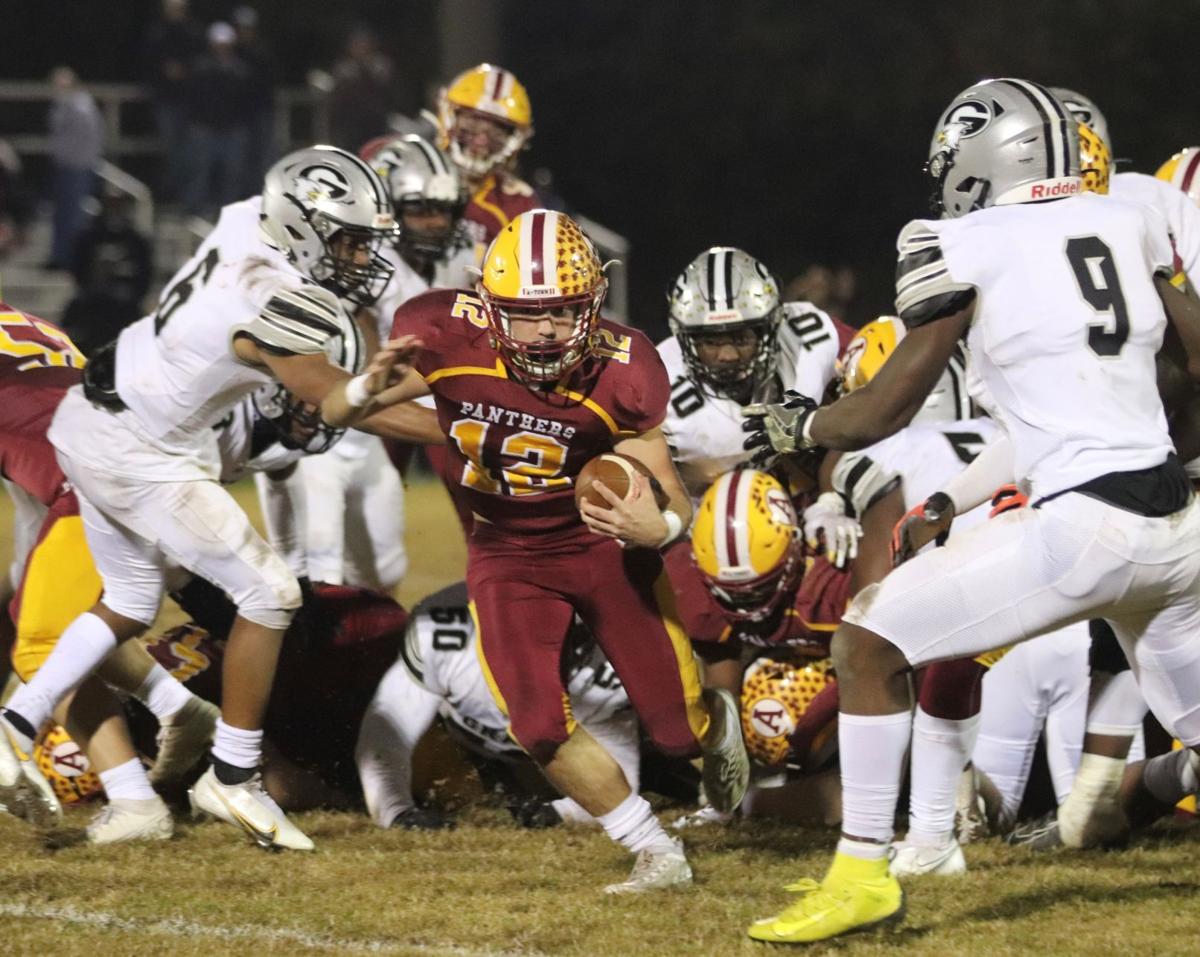 Abbeville quarterback Thomas Beauford picks up yardage on a keeper.

Abbeville running back Martico Jackson bursts through the middle in Friday night’s game against Gray Collegiate.

Abbeville’s Antonio Harrison carries the ball after a reception.

Abbeville quarterback Thomas Beauford picks up yardage on a keeper.

ABBEVILLE — As halftime neared and Abbeville trailed for only the third time this season, Abbeville assistant coach Tony Temple made a bold playcall.

On the second play of an Abbeville drive that started on the Panthers' 33, senior running back Tyrell Haddon received a pitch and appeared to run across the right side.

But instead of gashing Gray Collegiate on another run, Haddon slung a pass across the field, hitting Antonio Harrison in stride for a 64-yard touchdown pass.

"Not much. Not much at all," Haddon said after the game about how often he's passed the ball.

The trick play stunned Gray Collegiate, which didn't score in the second half. By winning 28-10 in Friday's Upper State championship, Abbeville punched its ticket back to the state championship game in Columbia.

Abbeville coach Jamie Nickles said the Panthers' second half might have been the best half of football he's ever coached. Nickles, winner of six state titles, has coached plenty of successful halves of football.

"I thought we saved our best for last," Nickles said. "That second half was a thing of beauty in all phases in the game. We did have one hiccup on special teams, but other than that, that was a beauty."

The Panthers created a masterpiece on their first drive of the game, too, marching 78 yards as Haddon dashed 16 yards for the opening touchdown. Haddon's trick-play pass made for a 14-10 lead at halftime.

Haddon had one rushing, one receiving and one passing touchdown and led the Panthers' ground game with 104 yards on 16 carries. Harrison caught one touchdown pass and had two interceptions.

Abbeville's defense followed up last week's outstanding showing against Chesnee with a similar performance. The Panthers started the game forcing Gray Collegiate into a 25-yard field goal after a goal-line stand.

Eagles running back KZ Adams scored the Eagles' lone touchdown on a 5-yard run in the second quarter. Adams led the game with 155 yards on 26 carries.

Gray Collegiate entered the red zone four times in the second half, but backed its way out by committing penalties.

Gray Collegiate committed 12 penalties for 130 yards, with three of them personal fouls. The Eagles committed eight penalties in the first half for 80 yards.

In the second half, the Eagles took a drive that started on their own 7 into Abbeville territory. The Panthers stopped the Eagles on fourth down to end the drive.

On the ensuing Abbeville possession, senior quarterback Thomas Beauford threw a 23-yard passing touchdown to Haddon, who was wide open in the end zone.

Abbeville's defense completed the rout by blocking a Gray Collegiate punt. Seth Griffin recovered the ball and ran it a short distance into the end zone to make it 28-10.

Abbeville will face Marion on Friday in the Panthers' fifth state championship appearance in the past six years.

"We're so excited for our kids," Nickles said. "You can't say enough about the effort of our kids."