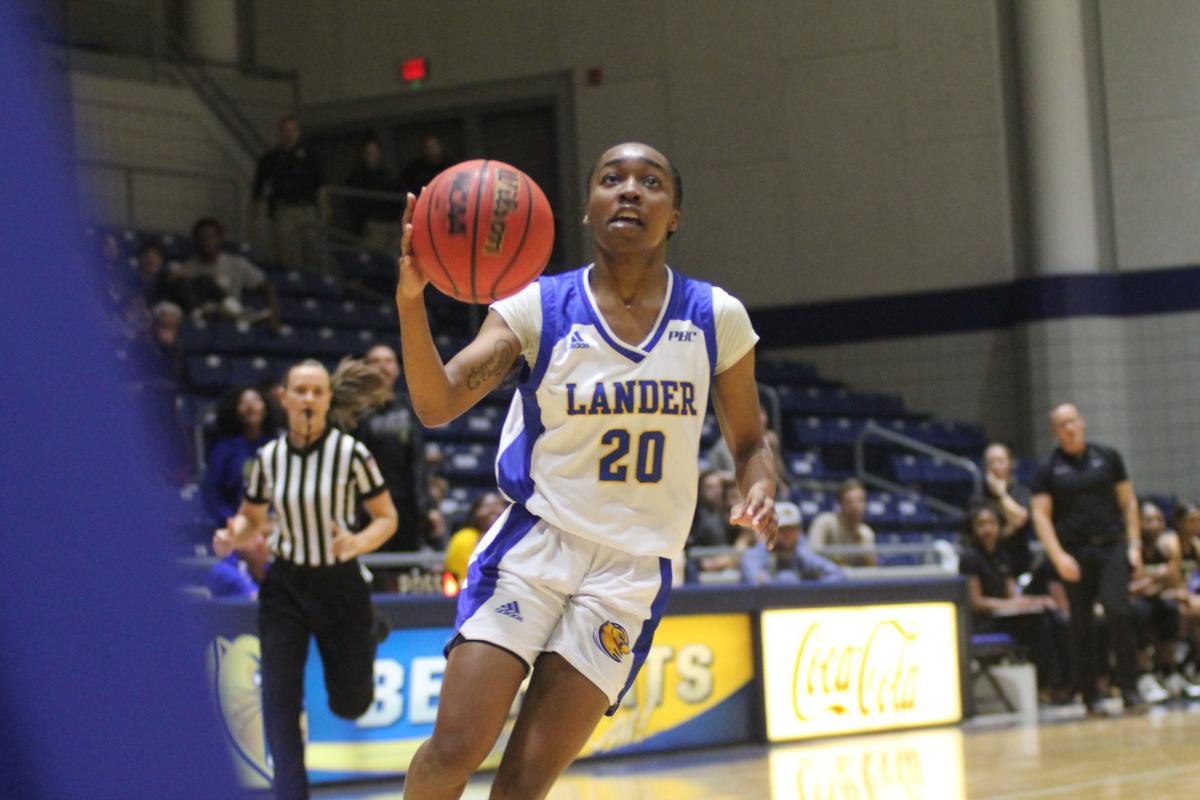 Lander senior Jessica Harris rises for a layup during the Bearcats’ win against Anderson. 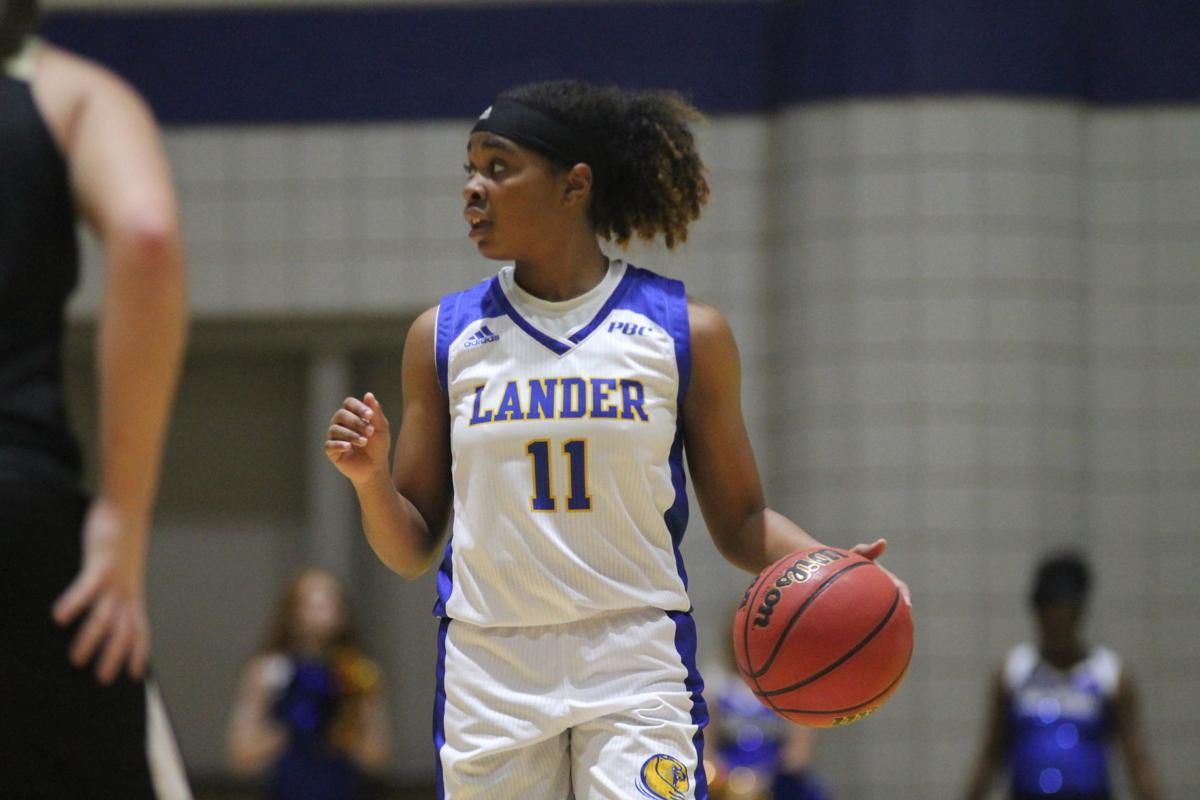 Lander freshman Zamiya Passmore dribbles the ball during the Bearcats' win against Anderson. 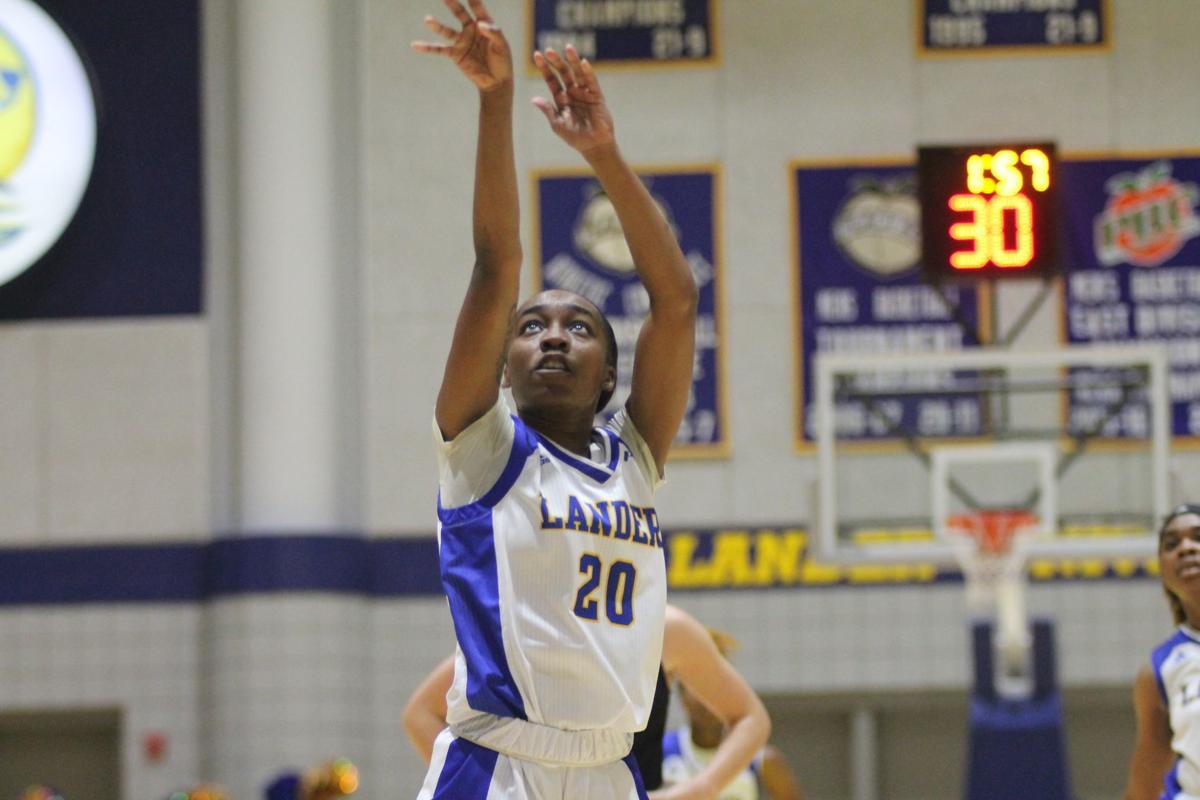 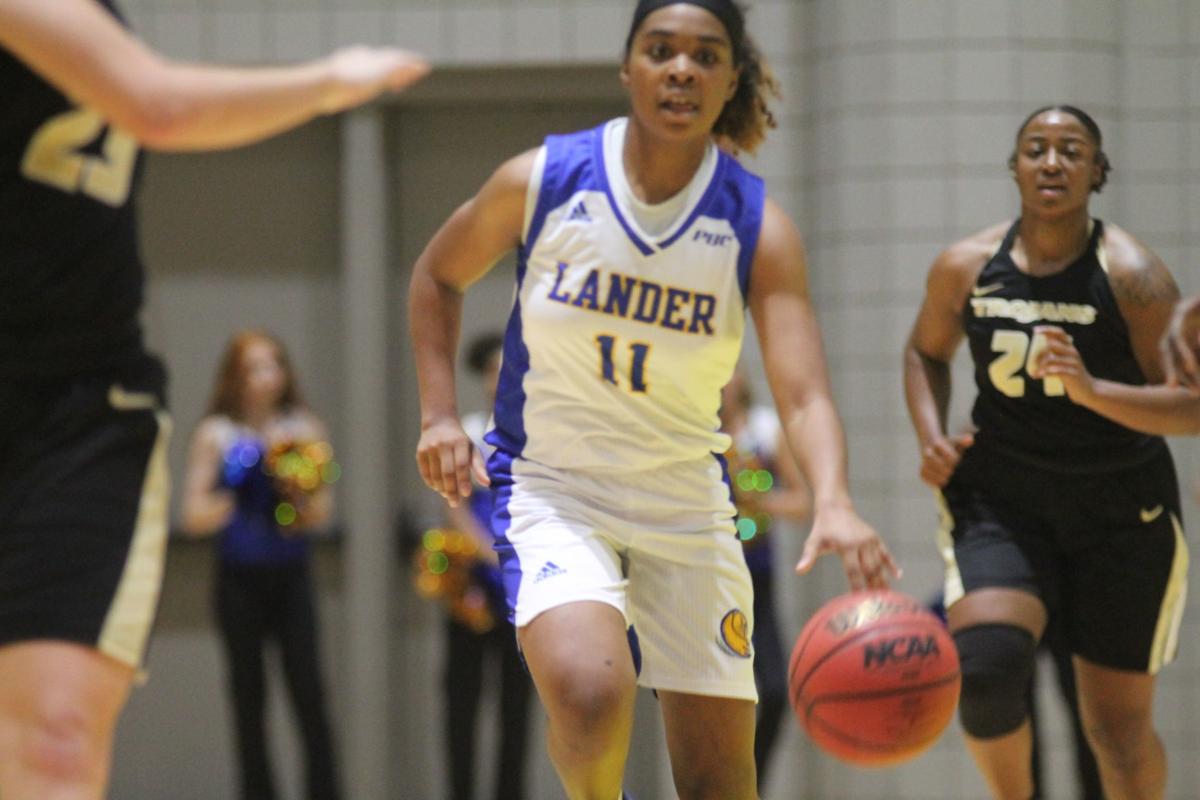 Lander freshman Zamiya Passmore dribbles on a fast break during the Bearcats’ win against Anderson.

Lander senior Jessica Harris rises for a layup during the Bearcats’ win against Anderson.

Lander freshman Zamiya Passmore dribbles the ball during the Bearcats' win against Anderson.

Lander freshman Zamiya Passmore dribbles on a fast break during the Bearcats’ win against Anderson.

Freshman Zamiya Passmore was brought to Lander with the idea that she’d take over for current senior Jessica Harris in the future.

The present seems just as promising, as the pair of 5-foot-5 guards combined for 40 points Tuesday in a 77-70 win against No. 9 Anderson. The win will likely raise Lander back into the top 25 after a loss to Carson-Newman sent the Bearcats from No. 21 to unranked.

Passmore led all scorers with 28 points. Lander coach Kevin Pederson said Passmore continues to show her talent at this level.

“I told Zamiya, I said, ‘Will you please let everybody else know you’re a pretty good player?’” Pederson said. “When you’re learning, your tendency is to hold back a little bit. We tell her all the time it’s OK to make mistakes. It was so good for people to see. We’ve been saying for a while that this kid has the chance to be special. So it’s good to see her come out and have a night like this. We’re thankful to her and Jess (Harris) and everyone else to have us play a good game.”

Passmore made several impressive layups on dribble drives and shot 3 of 3 on 3-pointers.

Anderson had height advantages over Lander at four starting positions. The Trojans outrebounded Lander by 13, but Anderson averages more than 50 rebounds per game. Lander held the Trojans to 36 rebounds.

Quin’De’Ja Hamilton scored 15 points in 29 minutes off the bench, but Lander’s starters played most of the game.

Passmore and Harris drove into the lane often to score, which led to Lander shooting 50% on field goals.

The Bearcats shot 6 of 18 from 3-pointers, which is an area Pederson wants to see improvement.

Lander was No. 21 in the Division II poll, but was the top team receiving votes in this week’s updated poll. Anderson moved from No. 13 last week to No. 9 this week.

Passmore is from Locust Grove, Georgia, and was discovered by Lander assistant coach DeCole Shoemate Robertson in a high school gym. Pederson and Shoemate Robertson told her she could be an apt replacement for Harris, who was last season’s Peach Belt Conference Player of the Year.

“The first time we went to go see her we give her a card and we were like, ‘We want you,’” Pederson said. “Let’s make this happen. We told her, we said we’ve got a kid who’s going to be a senior running point (Harris). We’d like you to come play with her and basically you learn from Jessica Harris, she’s the best you’re going to find in the business.

“Then, you come here, you’re her heir apparent. And when Jess leaves, we’re handing the keys to the car to you. We’ve been telling her all along she’s special.”

Teague excited to be back with adopted hometown Hawks