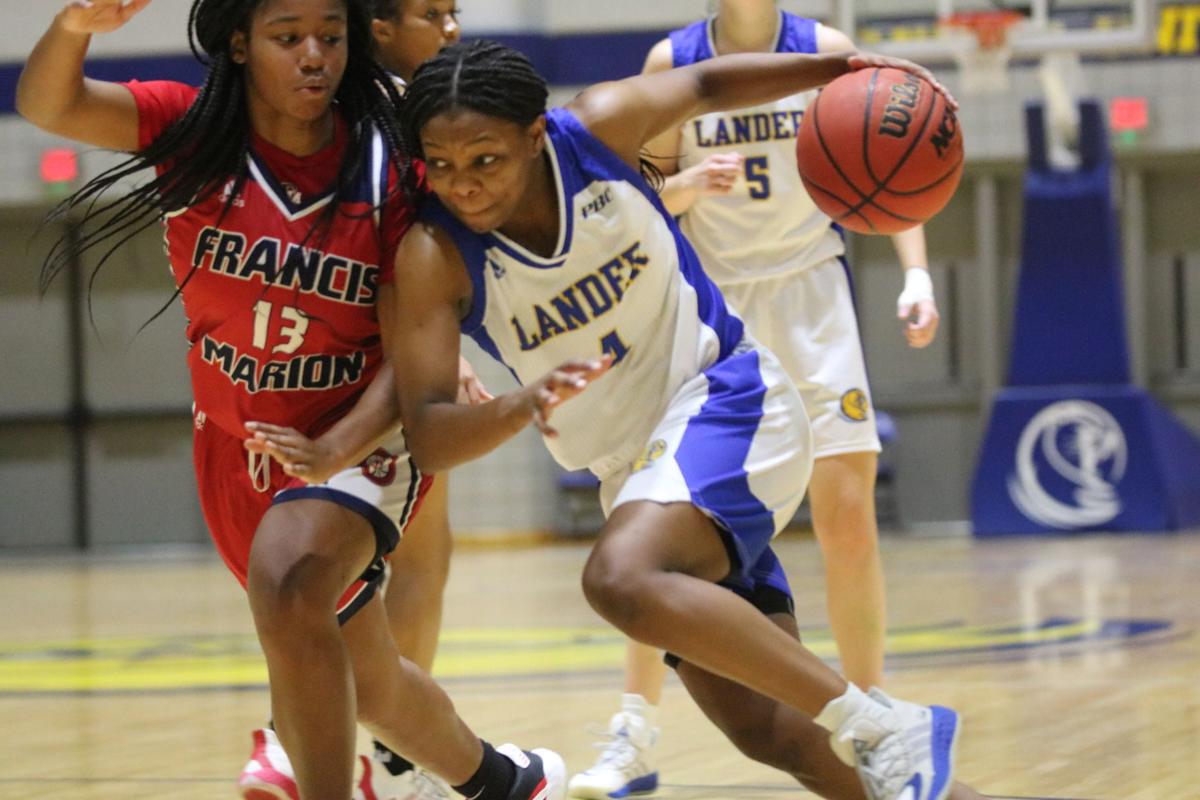 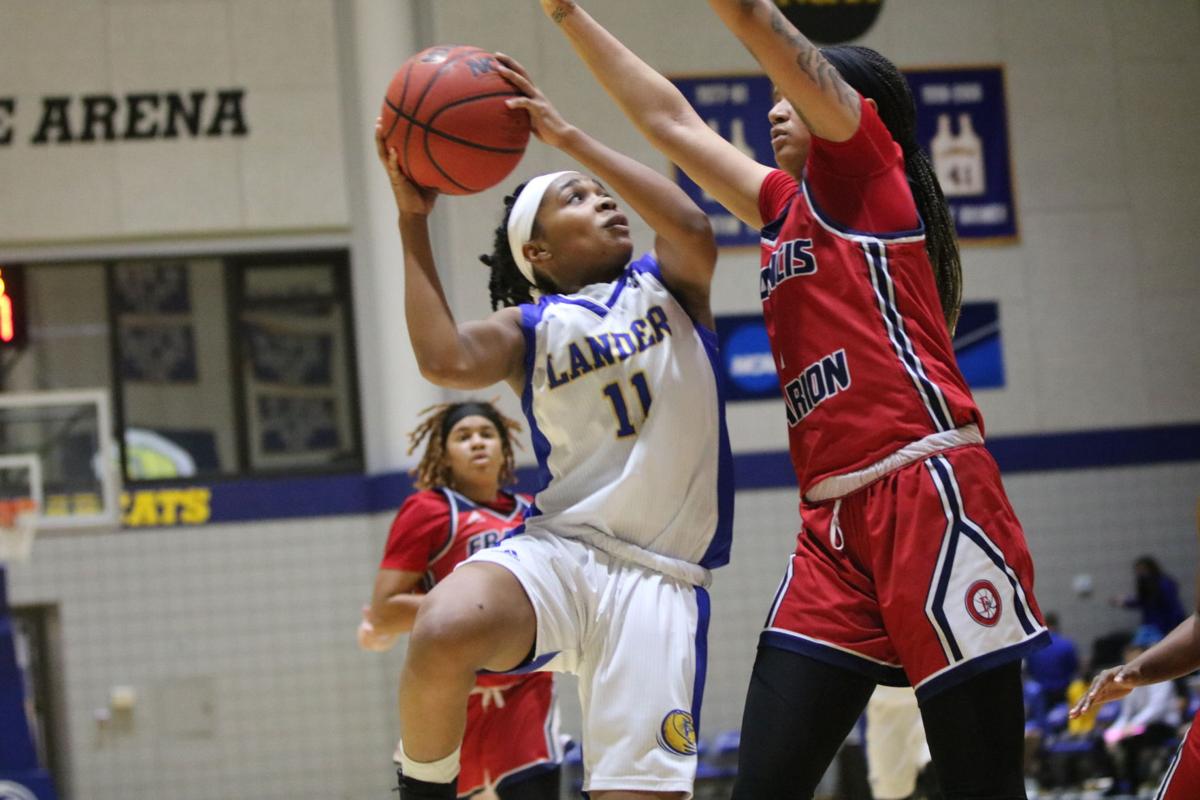 Lander guard Zamiya Passmore, left, goes up for a layup during Wednesday’s game against Francis Marion. 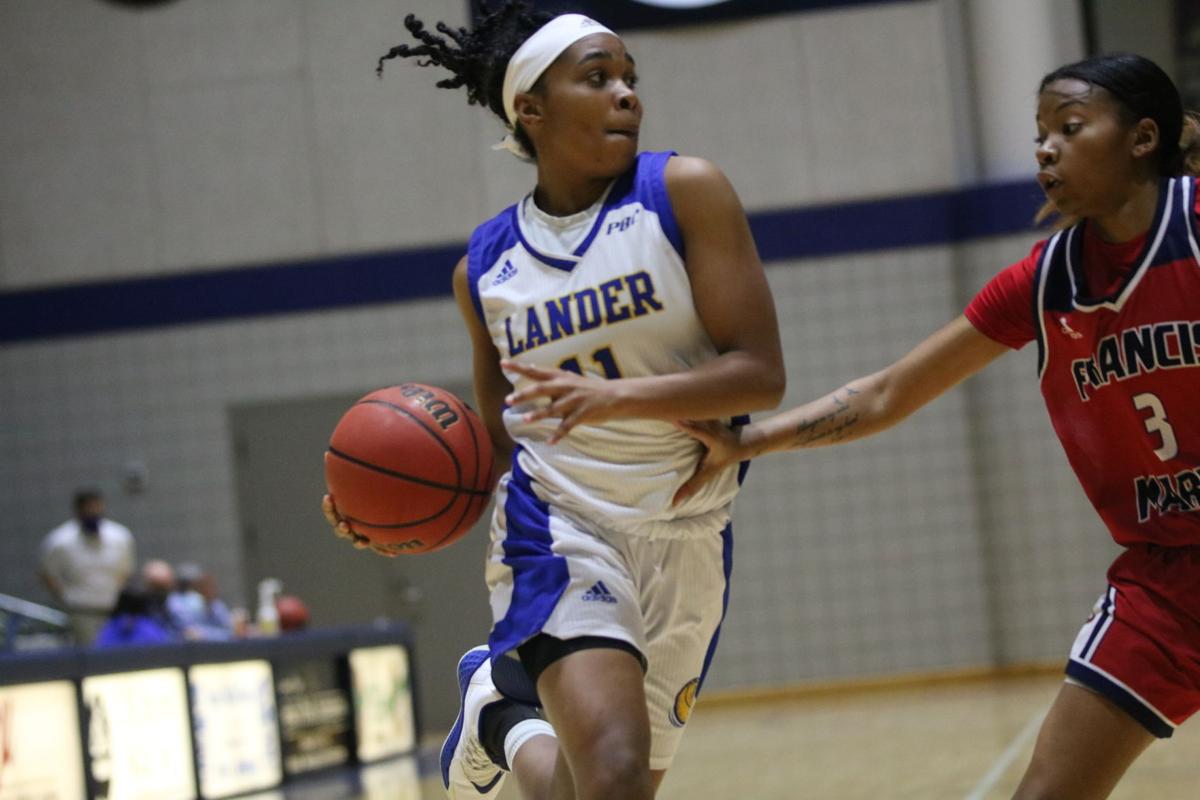 Lander guard Zamiya Passmore, left, goes up for a layup during Wednesday’s game against Francis Marion.

Lander nearly made school history Wednesday as it used its signature press defense to cruise past Francis Marion.

The Bearcats rolled to a 79-35 win behind another dominant defensive showing. Lander came close to the school record for the fewest points allowed in a game, which was set in the 1977-78 season when the Bearcats allowed just 30 points against Presbyterian.

Francis Marion didn’t break past 30 points until a basket that came with just 58 seconds left in the game.

“This season, we’re putting a much bigger frontcourt out there, and it’s resulted in a much better defensive lineup on the floor,” Lander coach Kevin Pederson said. “Through five games, this team has been one of the best defensive teams in the country.”

This season, with sophomore point guard Zamiya Passmore leading the way, Lander has shown it can wear teams down on the defensive end with a bigger starting lineup that includes forwards Miriam Recarte and Makaila Cange.

Lander allowed just two points in the first quarter and forced 17 turnovers on the night. The Bearcats took a 29-9 lead into halftime and controlled the game the entire way.

“With our press defense, we’re not giving up layups or easy shots in it,” Pederson said. “We wanted to force more turnovers tonight, but we are disrupting and getting teams to enter the ball in spots they’re not comfortable in. It’s been effective in helping us control the flow of the game so far.”

Lander is off to a 5-0 start overall and is 3-0 in Peach Belt Conference play. Passmore led the way offensively with a game-high 22 points.

Pederson said the team is still searching for more consistency on offense as it looks to replace the production of Harris and Dailey.

“We’ve been solid defensively, but there is definitely room to improve on both sides of the ball, particularly offensively,” Pederson said. “Zamiya Passmore and Miriam Recarte and Makaila Cange have been fantastic, but we’d love to see a couple more kids emerge. That’s what we need to be a really good team this year.”