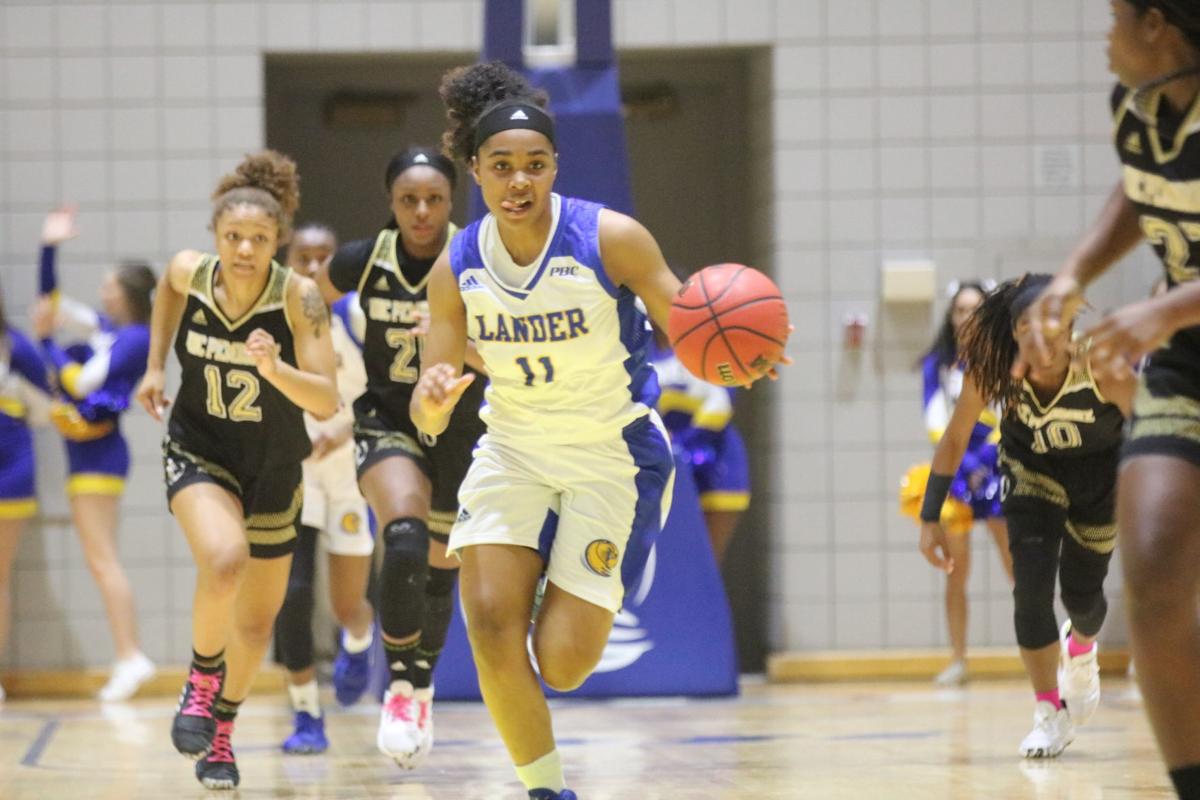 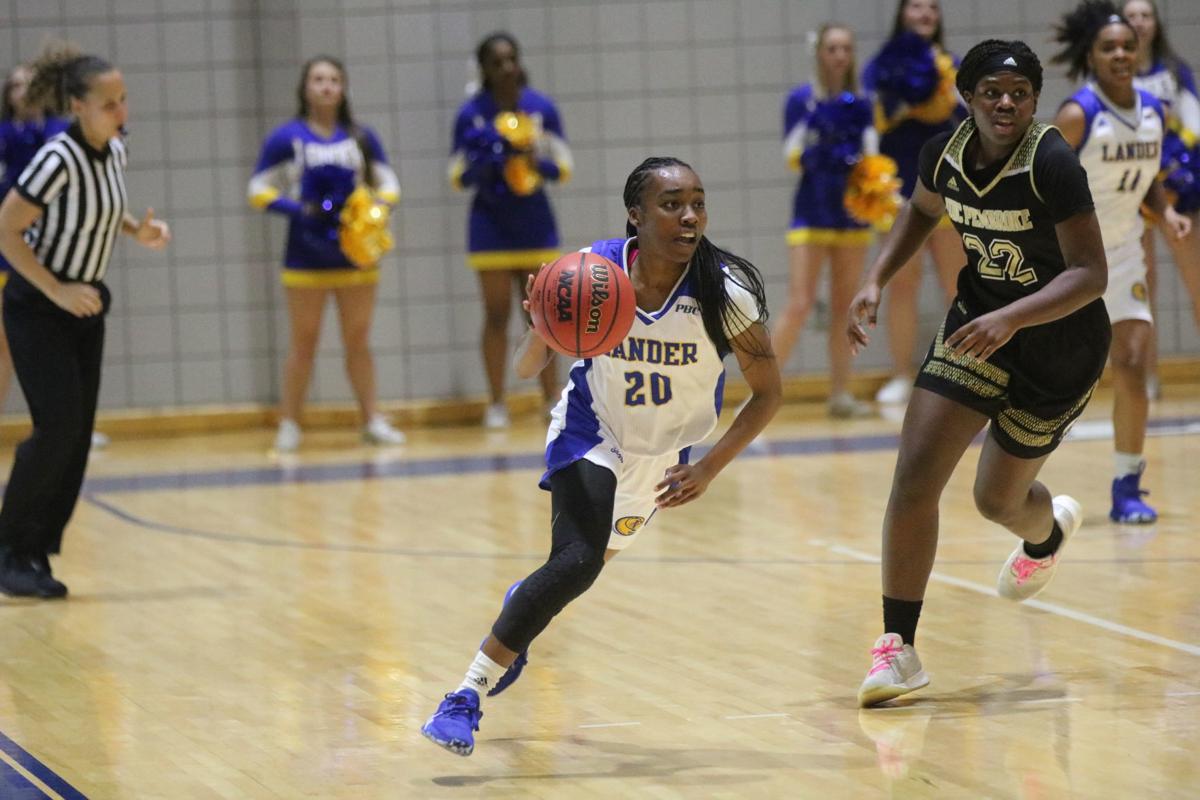 Lander senior Jessica Harris dribbles the ball up the court during Wednesday’s game against UNC Pembroke. 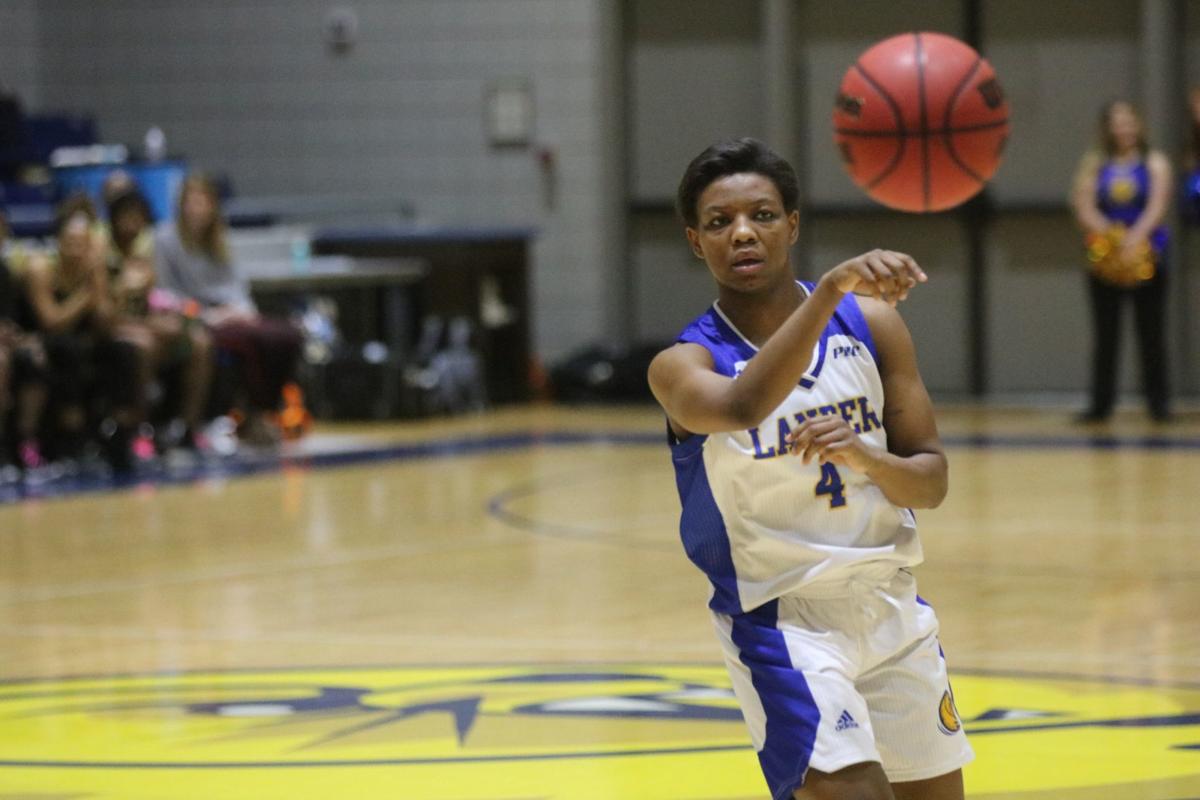 Lander senior Jessica Harris dribbles the ball up the court during Wednesday’s game against UNC Pembroke.

The Bearcats (20-3, 15-0 Peach Belt) extended their winning streak to 16 games and remained perfect in the conference.

“I thought our defensive pressure stepped up tonight, and that was the real difference in the game,” Lander coach Kevin Pederson said. “It’s a good win for us against a good team that’s playing well right now.”

After leading by just two points after the first quarter, Lander opened the second quarter on a dominant 21-2 run and built a commanding 41-18 lead.

Lander made five 3-pointers during the run with Sarah Crews making two on consecutive possessions. Aniaya Jester, Jessica Harris and Cierra Revelle each made one.

The Bearcats forced 31 turnovers in the game and held UNC Pembroke to 43.2% shooting. Lander took a 44-24 lead into halftime, which was all the separation it needed.

Passmore has taken over the starting point guard position for Harris, who was moved to the wing.

“Keep in mind, Jessica Harris was the Peach Belt Conference Player of the Year last season, and she played point guard for us,” Pederson said. “It tells you what we think about Zamiya Passmore.

“I don’t know many teams that move their reigning conference player of the year to the wing to create room for a freshman. But we knew coming in to the season that we had something special with her. If Zamiya Passmore isn’t the freshman of the year in this league, then something’s wrong.”

Lander moved one step closer to a Peach Belt Conference title with the victory. The Bearcats have a two-game lead over North Georgia and will have a chance to extend that lead when the teams play 1:30 p.m. Saturday.

AP FACT CHECK: Donald Trump and the audacity of hype

Virus spreads in South Korean city as thousands are screened