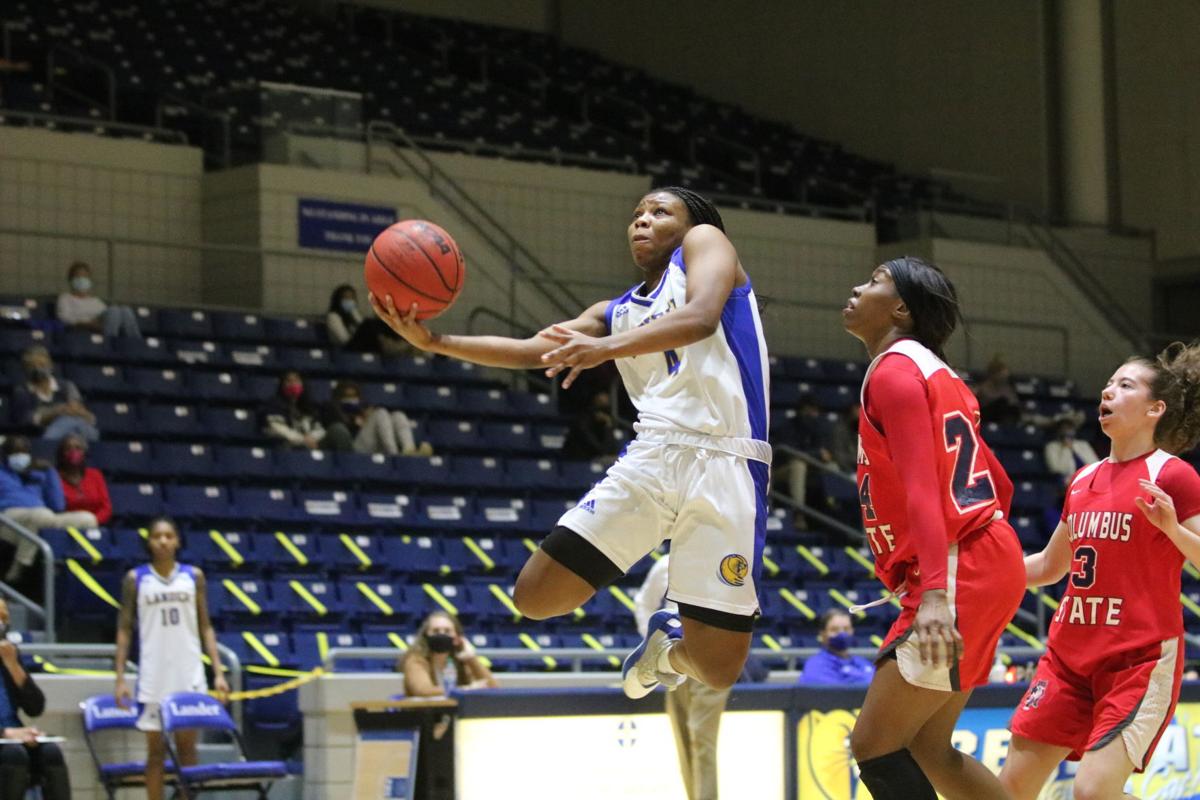 Lander junior Sarah Crews goes up for a layup in the final seconds of the third quarter during the Bearcats’ win over Columbus State. 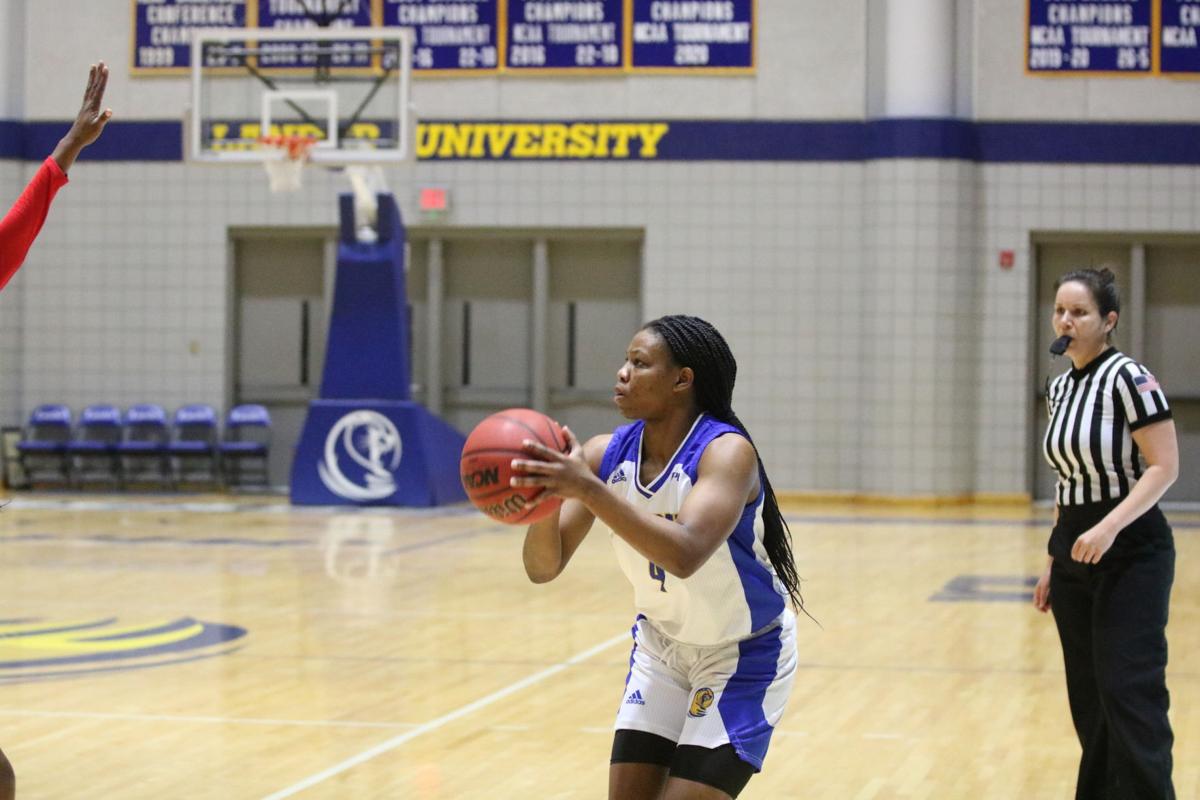 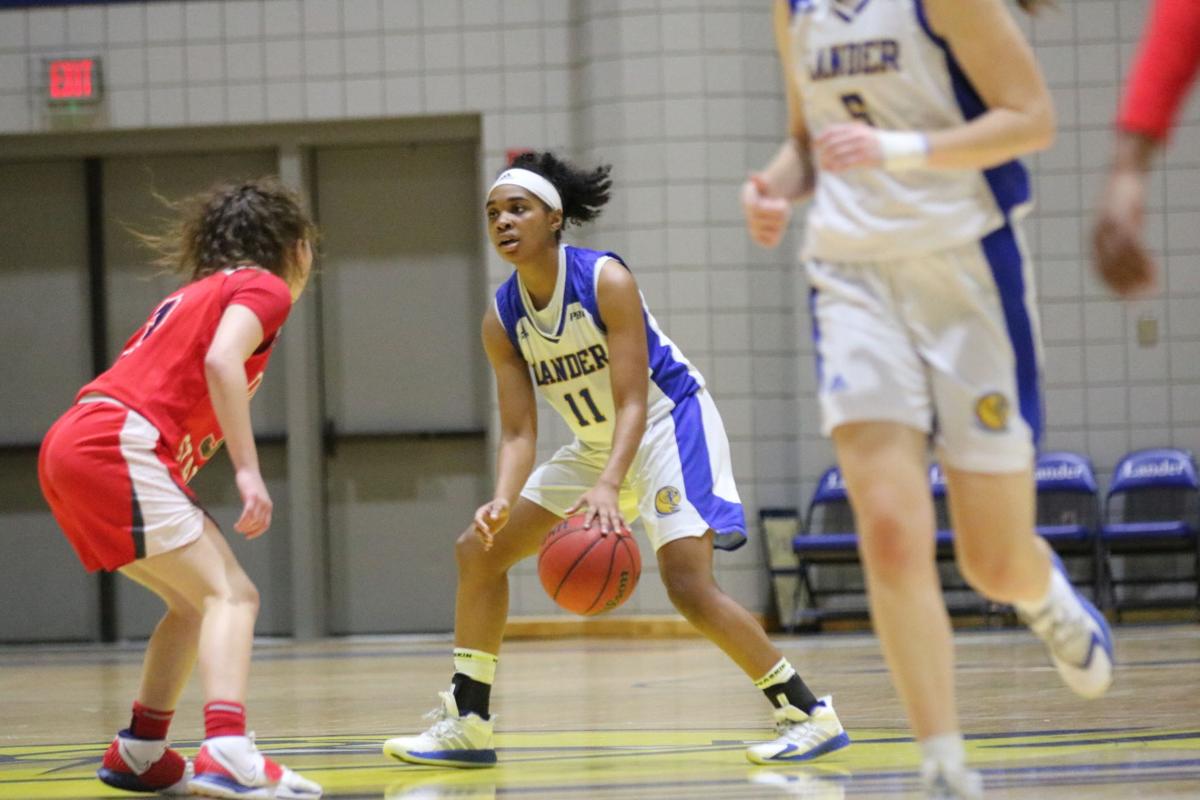 Lander sophomore guard Zamiya Passmore dribbles past a defender during the Bearcats' win over Columbus State.

Lander junior Sarah Crews goes up for a layup in the final seconds of the third quarter during the Bearcats’ win over Columbus State.

Lander sophomore guard Zamiya Passmore dribbles past a defender during the Bearcats' win over Columbus State.

The 2021 season has been slow at times for Lander’s women’s basketball, but it’s finishing in a flash.

The Bearcats played about one game a week most of the season, but now Lander is chasing a conference title with three games in eight days to finish the regular season.

Lander jumped through the final week’s second hoop Monday, in a makeup game against Columbus State from an earlier postponement, winning 83-62.

Lander coach Kevin Pederson said he thought Lander played poorly at times, but pulled through on short turnaround from Saturday’s win against Augusta.

“I thought we made a lot of simple mistakes we don’t normally make, but that’s what you see when you’re at this point in the season, and you’re playing two games in three days and we got to go on the road and play another game Wednesday,” Pederson said. “So for a quick turnaround and the heavy minutes these kids are having to play because we have no depth, I thought they did a phenomenal job fighting through.”

Makaila Cangé followed up a Peach Belt Player of the Week honor from last week’s games against Flagler and Augusta with another double-double: 17 points and 16 rebounds. Sophomore point guard Zamiya Passmore led all scorers with 21 points and center Miriam Recarte excelled with 17 points and nine rebounds.

Cangé guarded one of the Peach Belt’s best players in Columbus State’s Christalyn Boston. Boston averages a double-double in Peach Belt play, but Cangé held her to four points and seven rebounds Monday.

“Makaila did a fantastic job,” Pederson said. “I thought her defense was one of the biggest factors in us winning the game.”

Lander maintained a four-point lead over the Cougars early in the second quarter, then an 11-2 run brought the Bearcats a wider lead. The teams went into halftime with Lander up 47-35.

With the win, Lander clinched at least a share of the Peach Belt Conference regular season title. The Bearcats can win it outright with a win Wednesday on the road at UNC Pembroke.

Because the coronavirus pandemic is causing many teams to cancel games, the conference is basing the conference title and tournament seeding on win percentage.

Though Lander is undefeated in the conference, North Georgia is right on its heels at one loss.

And while 20-point conference wins may seem routine for Lander by now, Pederson is quick to point out that’s anything but the case in the pandemic-affected season. Lander has very little depth and is also weathering some injuries.

“We got a couple injuries we’re dealing with, and they’re doing an unbelievable job,” Pederson said. “I can’t believe we’re in this position and we’re 15-0. Everyone keeps saying, ‘Hey, go win it all,’ and it’s like we’re literally just trying to win the next game. It’s like we’re surviving one game to the next.”