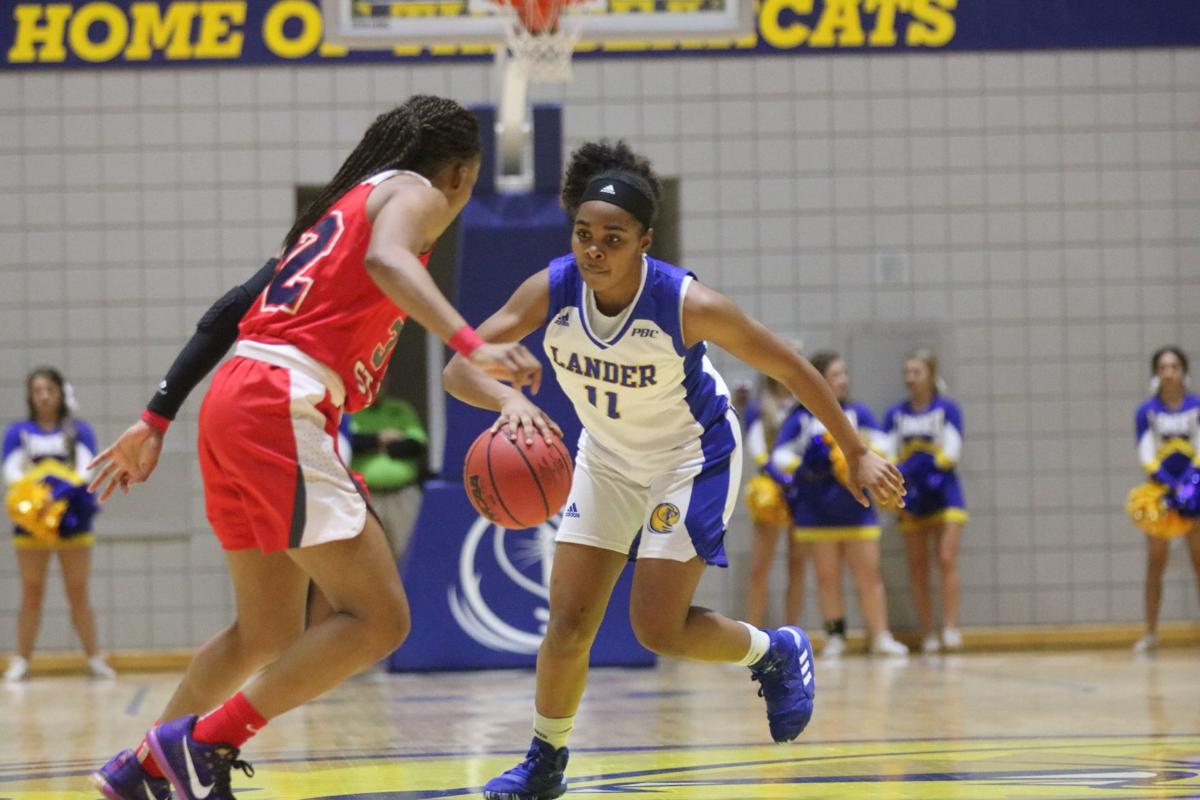 Lander freshman Zamiya Passmore dribbles past a defender during the Bearcats’ win against Columbus State. 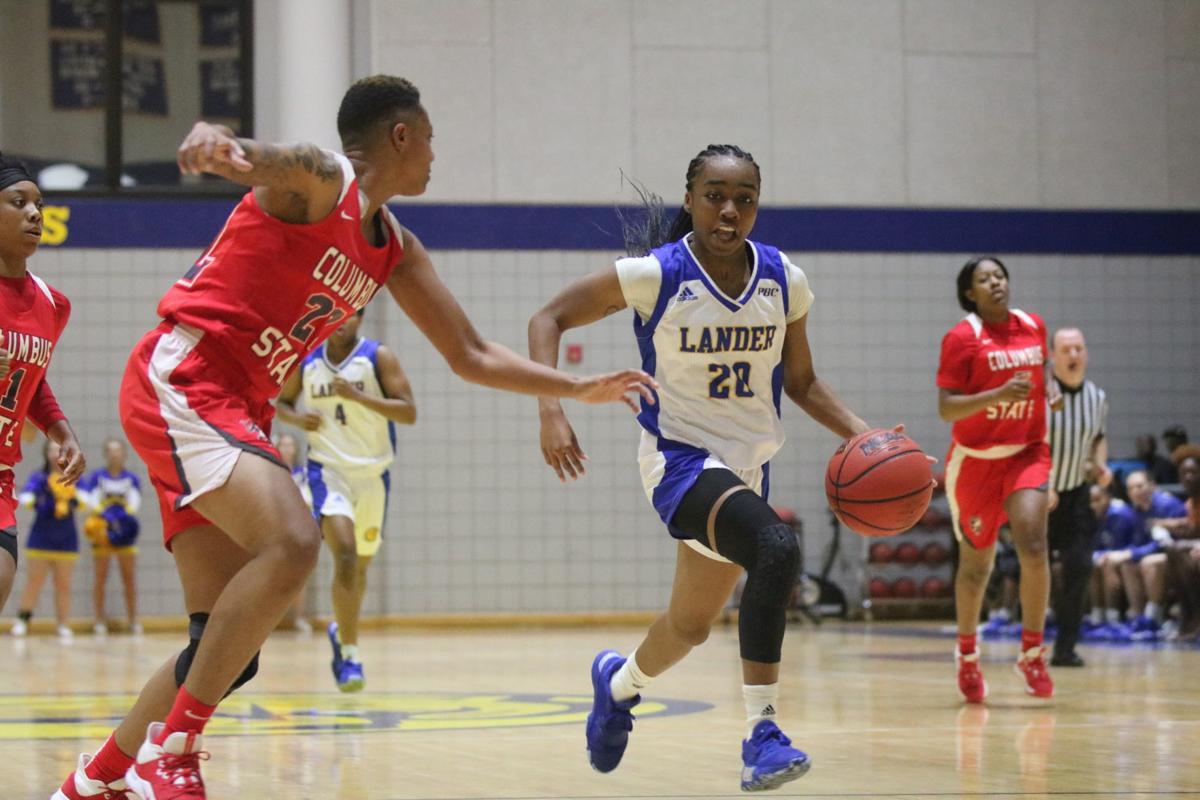 Lander senior Jessica Harris dribbles past a defender during the Bearcats' win against Columbus State.

Lander freshman Zamiya Passmore dribbles past a defender during the Bearcats’ win against Columbus State.

Lander senior Jessica Harris dribbles past a defender during the Bearcats' win against Columbus State.

No. 22 Lander stretched a winning streak to 15 games Saturday afternoon with a 102-72 win against Columbus State.

The Bearcats had all five starters in double figures scoring. Tabitha Dailey led the team with 23 points and Aniaya Jester added 21.

Lander coach Kevin Pederson said Saturday’s showing was one of the best he’s seen from a starting five this year.

“What a game from our starting five,” Pederson said. “I can’t remember the last time I saw such a complete game on both ends of the floor.”

Saturday’s starting five included three freshmen. Zamiya Passmore continued to prove she’s one of the best freshmen in the Peach Belt Conference with 19 points and 12 assists. Makaila Cange had 10 points and nine rebounds. Jester had four assists and eight rebounds.

Lander jumped ahead from the start, shooting 76.5% in the first quarter. Four players had scored in double figures by halftime, and the Bearcats led 57-33 at halftime.

Lander shot 53.3% from the field for the game and made eight 3-pointers.

Midway through the fourth quarter, Columbus State committed a defensive foul and a skirmish between opposing players followed. Pederson and Columbus State coach Matt Hauser left the bench to calm things down.

“It’s so important (to stay level-headed,)” Pederson said. “(Columbus State) is a 15-4 team. I don’t think either one of us expected to look up and see the score, where that score got to. I’m sure they were frustrated. I think their coach is great, they work hard and they’re a great team. I don’t think there was any bad intention from either side. Just two teams competing. What we just try to tell the team is we’ve put ourselves in a position and you don’t want to do anything that could jeopardize that. ... I don’t think anyone meant for anything to get out of hand.”

Lander remains in first place in the Peach Belt Conference with the win, and now holds a two-game lead over North Georgia.

Q&A: Things to know about Tokyo Olympics and spreading virus

Germany admits there's a far-right problem, but what to do?