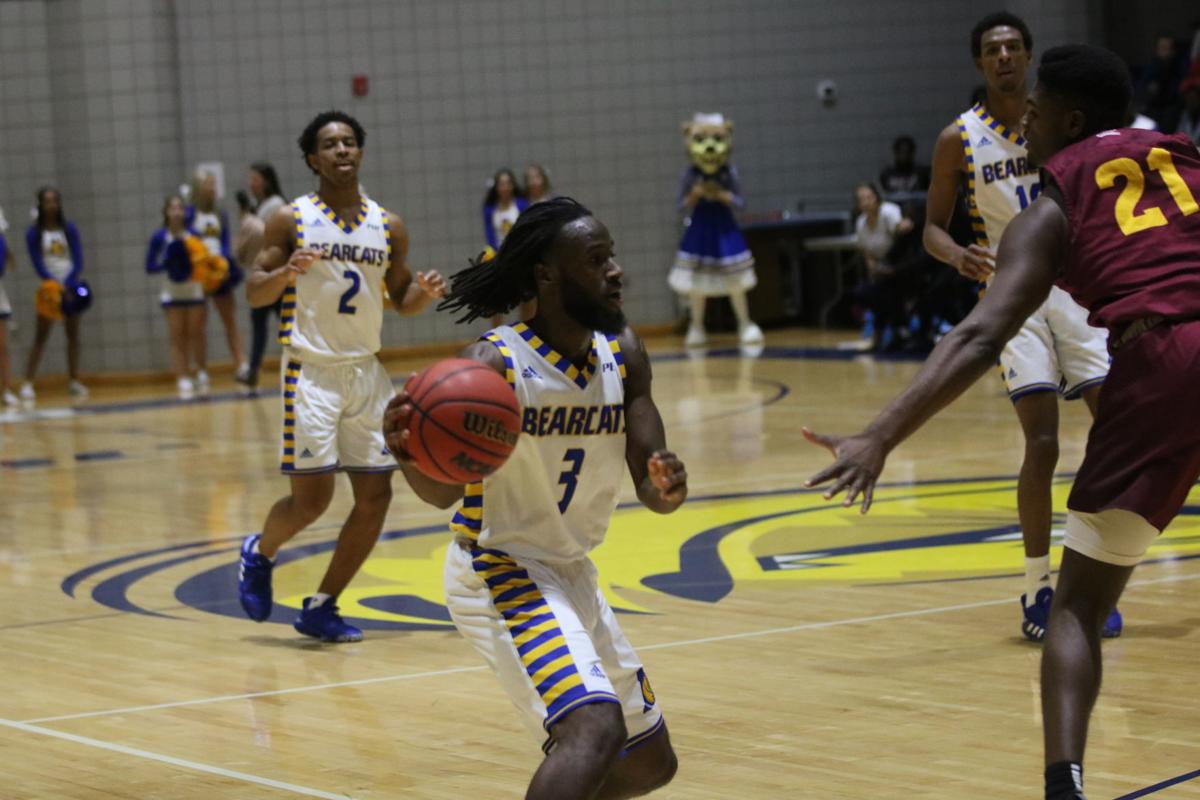 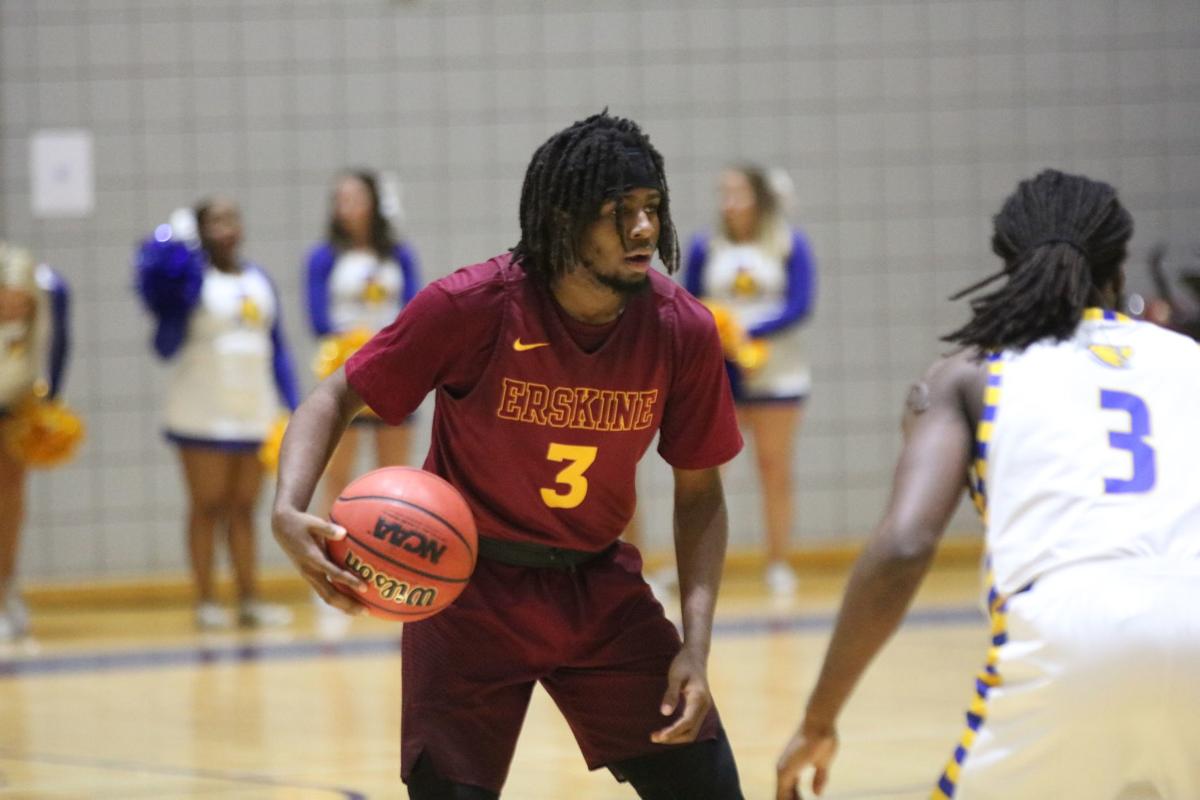 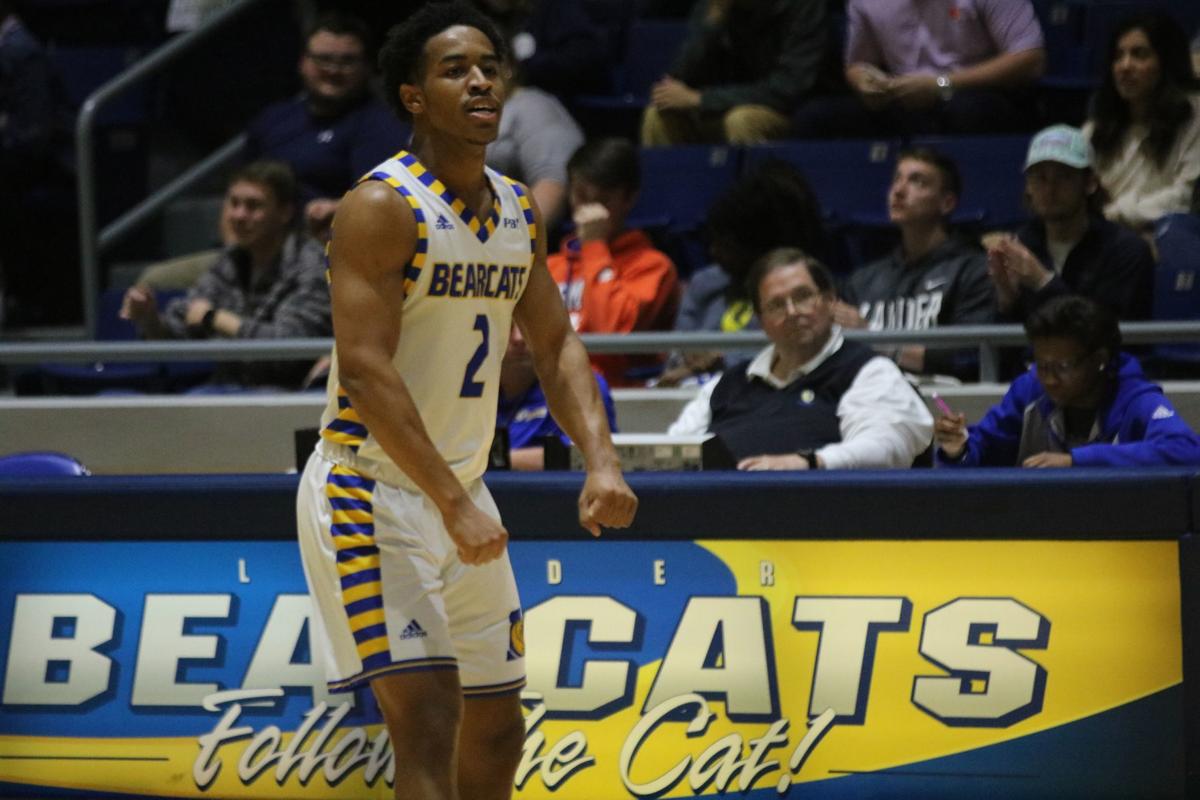 Lander overcame cold shooting and showed what kind of defensive team it wants to be during Wednesday night’s late-game stretch against Erskine.

The Bearcats didn’t make a field goal in the final seven minutes, but a stifling defensive effort helped Lander secure a 74-66 win over Erskine at Finis Horne Arena.

Lander (2-1) preserved a late four-point lead by forcing turnovers and keeping Erskine (1-2) scoreless in the final minute of the game.

“I thought we had a lot of grit down the stretch,” first-year Lander coach Drew Richards said. “Even in the last game, we got up, and then we got complacent and satisfied. With a lot of new guys and a new staff, it’s something we’re trying to work through. It doesn’t mean we perfected it tonight, but we took a step forward.”

Lander wants to be a physical team built on defense and rebounding. Richards said the team is still working to find its identity and more consistency. The Bearcats led by as many as 15 points in the second half before the Fleet worked to cut the deficit to four.

“We’re still trying to form the identity that I’d like, that our staff believes is best,” Richards said. “That’s being a defensive and rebounding team. Defensively, I’d like to get to a point where it’s putting together not just one half, but two halves. When we buy into that, the future could be bright if we do that.”

“It was just being in the right spots,” Moorer said. “The scouts helped me out a lot, and I was able to recognize some of their plays.”

Lander senior swingman Elijah Alston provided the bulk of the team’s scoring in the first half and recorded a game-high 22 points and 11 rebounds. He also made key defensive stops for the Bearcats in the final minutes.

“It’s just about playing hard for your team,” Alston said. “Defense can win games for you.”

After entering halftime trailing 46-39, the Fleet scored just 27 points and shot 34.4% percent from the field in the second half. Erskine also made only one of its 14 three-point attempts after the intermission.

“Lander has a really good team, and I thought they had a good game plan,” Erskine coach Lee Sartor said. “I would have liked for us to be a little more aggressive going to the basket. We had kids shoot from the three-point line that can make them, and if they go in, we’re sitting pretty. Unfortunately, they didn’t fall. ”

“Malcolm did a good job putting pressure on the defense, and Trent showed what he can do offensively,” Sartor said. “They’ve got to be strong for us offensively if we’re going to be good the rest of the way.”

The Latest: Kyrgios, Khachanov into 5th at Australian Open