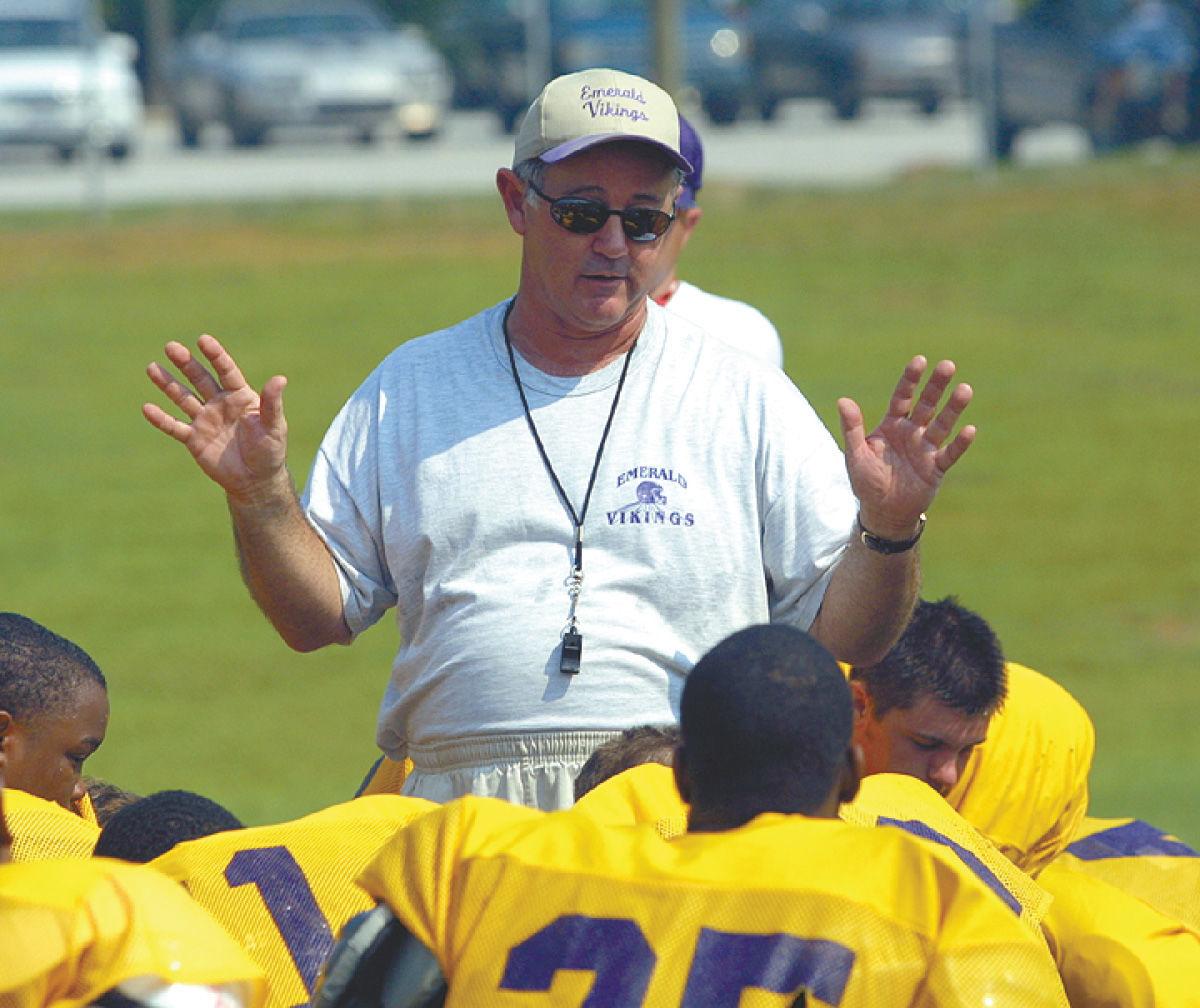 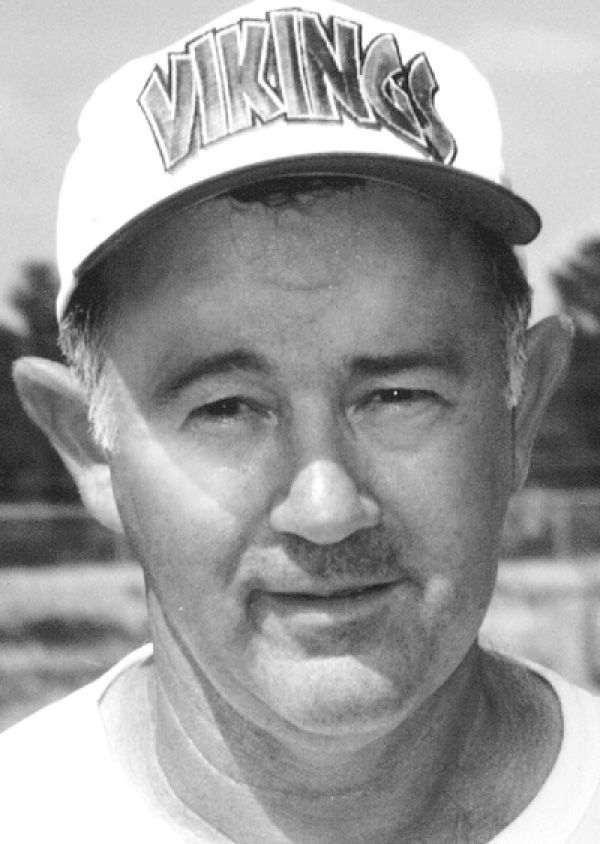 Frank Hill was the face of Emerald High School athletics from its inception until his retirement in 2004. The football stadium bears the coach’s name.

The former head football coach and athletic director died Thursday morning at his home. He was 72.

Hill is survived by his wife, Wanda, and his two daughters, Paige and Kelly.

“Coach Hill is the best example of what a coach, teacher, athletic director and father should be. His love for everyone he met and his passion for life will always be a beacon for our community. Coach Hill will be missed, but it is comforting knowing that the heavens gained a giant.”

Hill, who was also a referee in various sports during his career, fielded the first Vikings varsity football team in 1995. That team played a limited schedule, then went fulltime as a varsity sport in 1996.

It didn’t take long for Hill, who had a 54-54 career record, to transform the young football program into a championship squad.

The 1998 team proved upsets were more than possible. Emerald finished the regular season 7-3, but it was the third seed out of Region 3-2A and had to go on the road for the entire playoffs.

It was the Vikings’ first playoff appearance in school history. Emerald won just a single game in its first full season of varsity football.

The 1998 team ran the I-formation, featuring star running back Evan Cannon, for the entire regular season. That’s what opposing coaches saw when watching videotape of Emerald games, and that is what they prepared for. But Emerald put Tim Brown in the backfield to start the playoffs, opting to switch to the wishbone. It worked.

Emerald stunned Cheraw on the road, then went to Palmetto to face one of the best running backs in the state. Derek “Squeaky” Watson set the state career rushing yardage record against Emerald, but the Vikings edged Palmetto, with Tony Jennings making a big stop late in the game. Emerald won 24-20.

Then came a rematch against region foe Ninety Six, which had beaten the Vikings just three weeks earlier in the regular season. The surging Vikings had no problem with the Wildcats, winning 34-7 to advance to the Upper State finals.

Many thought Emerald’s run would end when the Vikings traveled three hours to play Pageland Central, the defending state champion. But the Vikings put 10 points on the board and then relied on their defense down the stretch to seal the victory on a goal-line stand from their own 13-yard line.

Tim Brown jarred the ball loose, and Emerald recovered and ran out the clock. The jubilant Vikings were headed to Williams-Brice Stadium to take on powerhouse Batesburg-Leesville in a game that proved to be a classic.

The Vikings entered the game as huge underdogs.

Emerald trailed 7-3 with 4:38 remaining in the game after Michael Humphrey scored on a 1-yard touchdown run.

The Vikings got the ball back but went nowhere on three pass attempts by quarterback David Scott. The Vikings punted with 3:42 left, and Emerald’s defense held strong to force the Panthers to punt it back to Emerald with 2:39 to go.

Emerald had to start from its own 21-yard line. After runs by Cannon and a 23-yard pass from David Scott to Jennings, Emerald had a first down at Batesburg’s 42. Brown ran for seven yards on the next play, but Jennings came up limping. Grady Williams entered as a substitute.

That proved to be an important move.

In what went down in EHS folklore, Scott passed to Jomare Turner on a hook and ladder play, and then Turner lateraled the ball to Williams, who raced down the sideline to the end zone with 1:19 remaining. It was a play that Jennings normally ran when the team practiced it.

Offensive coordinator Ken Wright called the play from the pressbox, and former Emerald offensive line coach Gary Gillion still remembers the moment with Hill that led up to that play.

“He (Wright) actually called it the hitch and pitch, not the hook and ladder,” said Gillion, who is now a coach at Ninety Six. “Tony Jennings goes down, and I’m on the headset with coach Wright, who calls the play, and I turned to coach Hill and said, ‘Should I tell Wright that Tony’s out?’ Coach Hill said, ‘No, no, don’t tell him nothing.’

“Everyone talks about how amazing that play was, but it was even more amazing because of all the things that had to line up for that play to work.”

The Vikings then held the Panthers on defense to secure the championship.

“Lot of people call us lucky that we won,” Gillion said, “but it’s whatever you wanna call us. I’ve got a ring for being a state champion.”

“I never would have believed this dream would come true,” Hill said after the game.