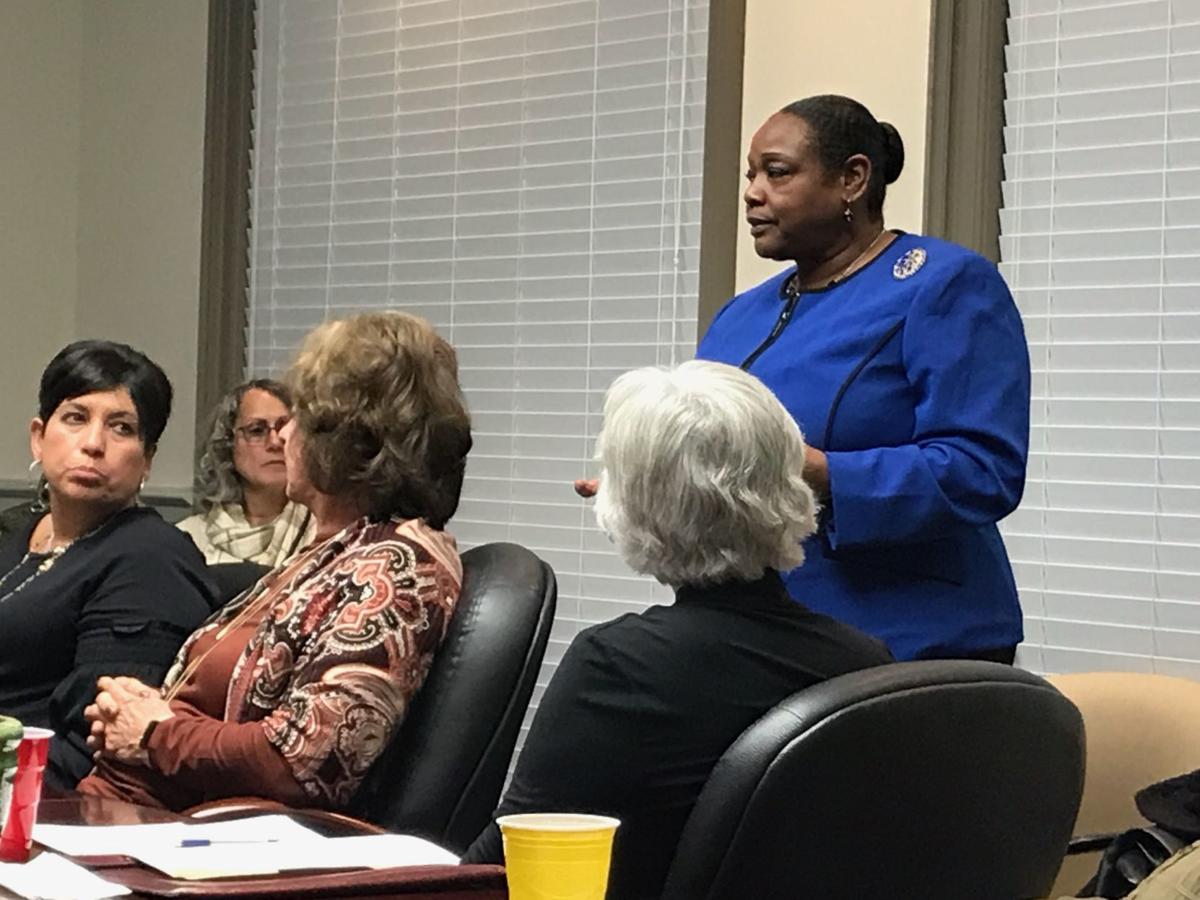 State Rep. Anne Parks speaks to the board of the Beckman Center for Mental Health. 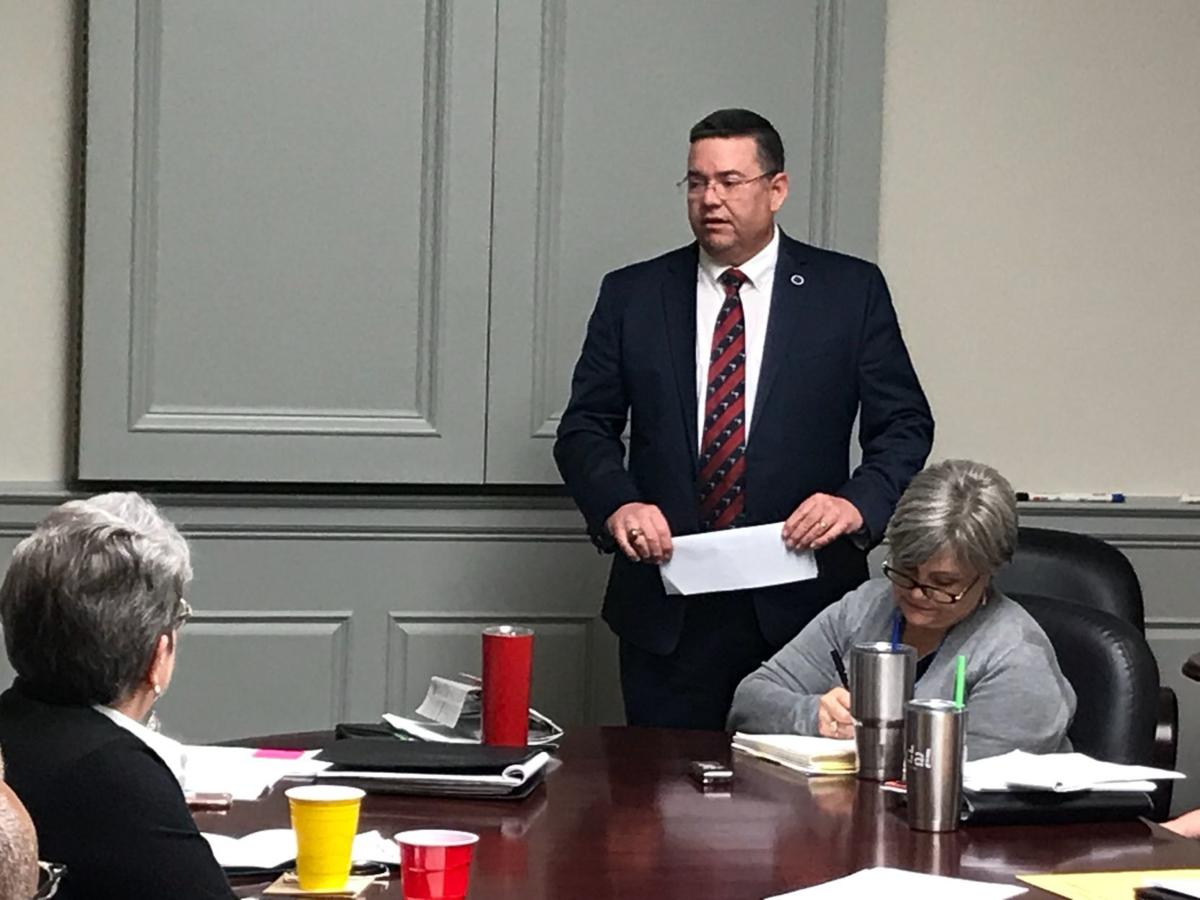 State Rep. John McCravy speaks to the board of the Beckman Center for Mental Health.

State Rep. Anne Parks speaks to the board of the Beckman Center for Mental Health.

State Rep. John McCravy speaks to the board of the Beckman Center for Mental Health.

In the wake of a school shooting in Parkland, Florida that left 17 dead, the way mental illness is treated has seen renewed attention across the country, including in South Carolina.

A 19-year-old who faces 17 murder counts in connection to the Feb. 14 attack at Marjory Stoneman Douglas High School had been diagnosed with several mental illnesses.

“This is a local issue all over the United States,” Rep. John McCravy, R-Greenwood, said Monday. “Tonight I want to commend our own Beckman Center for Mental Health and this board for all you have done in the Lakelands area, behind the scenes.”

McCravy and Rep. Anne Parks, D-Greenwood, met Monday with Beckman Center’s board of directors to discuss the programs available to students in the the center’s service area and some of the board’s concerns.

“We could certainly use more funding,” said Melanie Gambrell, the center’s executive director. “With our population growing and patients we need more psychiatrists and psychiatrists aren’t easy to find and recruit. And of course our salaries aren’t always as competitive, so that would be one area I’d like to see us improve in and we would need funds to do that.”

Parks said she’s long pushed for the expansion of mental health services throughout the state and is frustrated with the inaction she’s seen.

“When we do the budget, we have 1,000 people pulling at us from all directions, needing funding, just as you need funding,” she said. “But I still do not feel that they state does what it should do for mental health and I think sometimes it’s way down on the totem pole, and it shouldn’t be.”

Parks would like to see more overnight mental health facilities in the state.

“I know of a couple of young men who are in jail because there was not an (overnight) facility that could take them, and therefore they weren’t taking their medicine as they needed and did some things they shouldn’t have done and they ended up in prison,” she said. “I think it could have been avoided if the state provided things that they should provide.”

Discussion on access to mental health treatment has intensified in the state House of Representatives since the shooting in Florida, McCravy said.

“The reason I spoke to them is because I want to open that dialogue,” he said. “I want them to tell me if there is a need that they have, because it’s just important to me that we take care of our mental health needs.”

Blalock said the agencies have identified six goals to increase safety in schools:

“It was really nice to see those three arms of government all agreeing on the same thing,” she said. “Mental health really took a high profile and everybody believed having a mental health clinician in every school is really important.”

Mark Binkley, deputy director for administrative services with the state Department of Mental Health, said the department offers counseling in more than 620 of the state’s 1,239 schools and is interested in expanding its services to more schools.

“We definitely would like to see an increase of school-based therapists,” he said. “Whether they’re our therapists or whether they’re therapists that the district employs or contracts with, we think having mental health services in the schools makes a lot of sense.”

Dr. Eman Sharawy, medical director at Beckman, stresses that it’s important not to stigmatize those with mental illnesses while discussing the state’s mental health care needs.

McCravy said he’s hopeful there can be real progress in treating mental health in the area he represents.

“I see a good spirit of cooperation and I see the board is very, very concerned,” he said. “They seem to be very engaged with the community and I think this is very healthy. It’s a good sign for our area.”