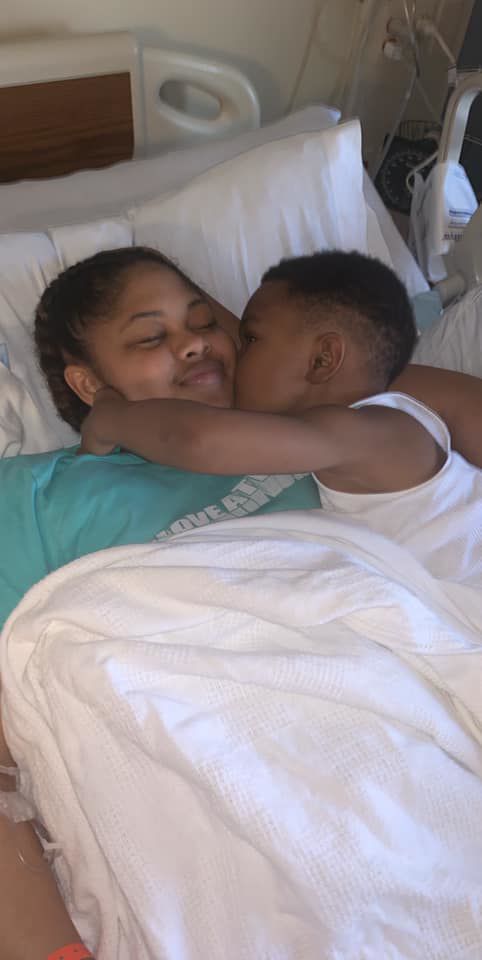 After being shot twice Friday by her ex-boyfriend, Lyric Crawford recovered in the hospital where she said her 4-year-old son visited her and showed her love.

Lyric Crawford shared this picture on Facebook, saying it was taken hours before she was shot Friday at Applebee’s. 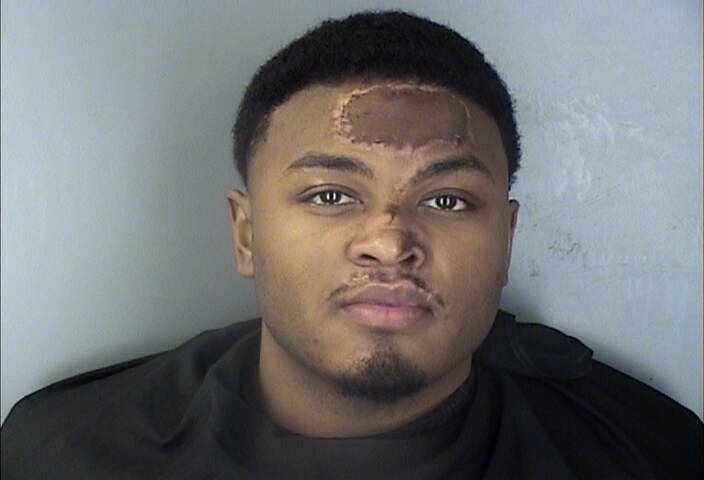 After being shot twice Friday by her ex-boyfriend, Lyric Crawford recovered in the hospital where she said her 4-year-old son visited her and showed her love.

Lyric Crawford shared this picture on Facebook, saying it was taken hours before she was shot Friday at Applebee’s.

Safe at home on Tuesday, Lyric Crawford said she never expected that dinner with a friend a few days earlier would end with her being shot twice.

“I’m doing fine now,” Crawford said, “I just still have the bullet in my right hip.”

Crawford said she was shot twice Friday night at Applebee’s by her ex-boyfriend. After spending the weekend in the hospital recovering, she was released Tuesday. The shots left her with a broken rib, fragments of a bullet stuck in her chest and a bullet still in her hip — doctors told her removing them might cause more damage while leaving them in didn’t pose any risk.

The man arrested and charged in connection with her shooting had completed 22 weeks of a 26-week batterer treatment program when he attacked Crawford on Friday, said 8th Circuit Solicitor’s Office Communications Director Brian King.

Crawford said she was out with a friend on Friday, having dinner to celebrate a recent birthday.

“I hadn’t seen my friend for a while, because of me being in a relationship with him,” she said of her ex. “He didn’t want me to be friends with anybody.”

She said she and her ex, Joseph Raekwon Rapp, had separated a while back. They have a 4-year-old son together, but she tried to disconnect from Rapp.

“I was sitting there and I saw him walk through the door and I said ‘Oh boy, who told him I was here,’” she said. “I didn’t think that he would shoot me.”

A police report said he made an aggressive comment that she had been ignoring him, then slapped her in the face before pulling out a handgun and shooting her twice.

“I didn’t even feel that he shot me at first. I heard the gunshots, but I didn’t feel it,” she said. “I didn’t feel it until I was on the floor, with a lot of blood on me.”

In her shock, Crawford said she lost track of what happened after that. Her trip to the hospital was a blur, but she remembered her son coming to visit her and saying he loved her, braving his fear at seeing his mother hooked up to intravenous fluids.

After the shooting, Rapp reportedly fled the restaurant but turned himself in to authorities a short time later. The 23-year-old Greenwood man was charged with attempted murder and possession of a firearm during the commission of a violent crime.

The batterer treatment program Rapp was in stemmed from a 2018 second-degree domestic violence charge. He was released on bond shortly after the arrest, and was completing the 26-week program along with a parenting class prior to the case going to court, King said. He was terminated from the program as a result of Friday’s arrest.

Meanwhile, Crawford said she’s been hearing encouraging words from other women on Facebook — some from women she’s never met. She said she’s heard that she’s encouraged women going through difficult relationships, and while she said it feels good to hear these things, she’s still not sure how to take all of what’s happened in.

“I loved Joseph, I did,” she said. “But things just weren’t going to change.”

A Greenwood man is in custody after a woman was shot at about 9 p.m. Friday at Applebee’s.

Famed coach Tuberville runs for Senate seat as an outsider

Ex-coach gets 6 months in college scam, runs from courthouse

The Latest: Pence says Sanders is 'wrong about Cuba'

Sanders' 2016 movement now has political machine to push it